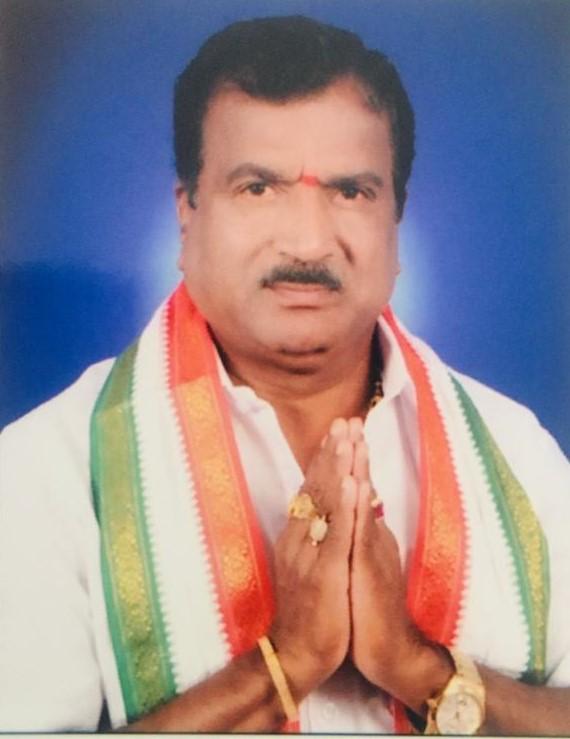 Yellagoni Balraj Goud is an Indeed Politician of INC and current INC Senior Leader from Boduppal of Medchal District, Telangana.

On the 14th of June 1953, Balraj was born to the couple Mr. Yellagoni Venkatswamy and Mrs. Yellagoni Balamani and resided at Boduppal in Medchal- Malkajgiri District in the Indian State of Telangana.

In the year 1969, Balraj acquired his Secondary Board of Education from the Uppal High School located at Uppal, Hyderabad, and completed his intermediate course from United Breweries at Vizag, Andhra Pradesh in 2019.

Shortly after getting his undergraduate, Balraj entered the workforce as an Operator Filter, while concurrently serving as AITAC Union Working President from Nacharam and in other companies. Since beginning his career, he has also accomplished his family obligations.

Balraju fought with the government by conducting dharnas to provide proper employment to the unemployed who are worried about getting a proper job even after graduation.

At the company’s headquarters in Bangalore, Balaraj was relentless in his efforts to secure permanent employment for women. The inaction of the officials who declined to oppose Balraju’s effort resulted in his resignation from his position as an employee of the company.

In the year 1981, Balraj Kumar began his political career through the Telugu Desam Party (TDP) which was founded by N.T. Rama Rao and headed by N. Chandrababu Naidu the former Chief Minister of Andhra Pradesh.

Balraj was a sincere TDP Party Activist right from his joining and propagating its principles. He has been deeply attracted by the policies and ideals of the party and the vision of our great leader former Chief Minister of Andhra Pradesh and was immensely inspired by the unique schemes introduced by the Nara Chandra Babu Naidu.

He won the people’s respect by upholding the promises, duties, and powers bestowed upon him. As a consequence, in the following year, he was appointed by the Party as the Village Committee President for Boduppal in Medchal- Malkajgiri district, Telangana.

His unwavering commitment and true effort gained him the position of Vice Sarpanch of Boduppal from TDP in 1987 and been constantly working for the people, thinking about their welfare, and gaining immense admiration from the people.

Balraj extended his service and work by accepting the elected position of Village Panchayat Member of Boduppal in Medchal District from TDP in 1993 to look after the people and the issues they are facing and served with the assigned position and by providing services to the people by satisfying the needs of everyone.

With unprecedented confidence in him, the party instantaneously handed over the position of President from the Akhila Paksha Committee. Balraj was desperately carrying out the duties assigned to him until 2004, without ignoring the party’s trust in him.

In the year 2007, Balraj debuted in the Indian National Congress Party (INC) which is ruling under the leadership of Sonia Gandhi.

He exposed his leadership skills by serving as the INC Party Activist and working all the time for the welfare of humankind comprehensively. As a part of INC, Balraj expressed keen interest and performs every activity for the recognition of the respective party.

From the date of joining, he has been working incredibly as an INC Senior Leader working hard for the welfare of the people, constantly striving for the development of the society, and has rendered desperate services to society.

With the sole idea of assisting the people in all possible ways, In the year 1980, His dedication to work and his involvement in every activity made him establish the Navodaya Youth Club and he has been acting as the Founder & President of the Youth Club and carrying out activities that benefit the people by assisting those in need, he earned the adoration of the whole society.

Beginning at a young age, he had a passion for working in the public service. Balraj has been accustomed to service since childhood. He also conducted many service programs while continuing his studies.

As a Social Worker, he serves society with the mission of accumulating consciousness among the poor through innovative

livelihood activities, striving for a corruption-free society, and ensuring order and responsibility in all actions aimed at improving