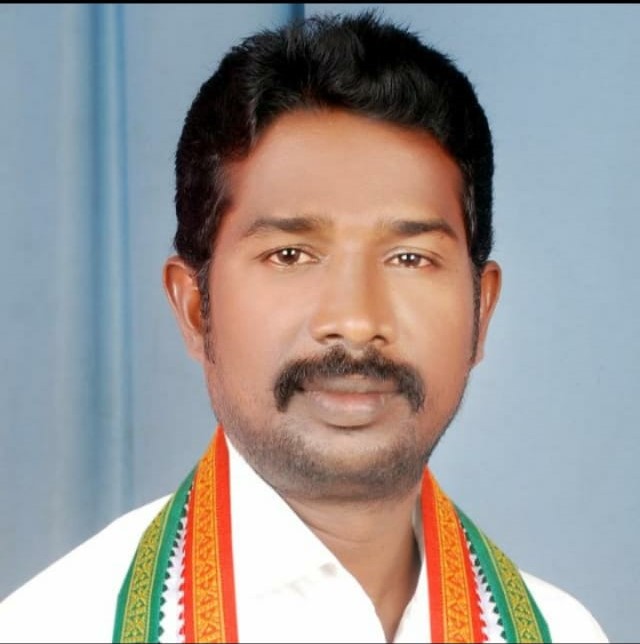 Vempati Bhuvana Sunder is an Indian Politician and current Block Congress President from Bhupalpally in the respective state of Telangana.

He was born to a couple Mr. Vempati Madhu Sudhan & Mrs. Indira on 07-December-1974 and grown up in the census town of Karimnagar in the state of Telangana.

In the year 1991, he earned his Secondary Board of Education from Venus High School resided at Karimnagar.

Further, he went on undergraduate by picking RET (Rural Engineering Technician) Course from Vocational Junior College located at Karimnagar and finished it in the year 1993.

In the years 1995-1998, he pursued a diploma in Mechanical from the Government Polytechnic College situated at Warangal. Later, he acquired a bachelor’s degree in distance education from Osmania University placed in Hyderabad. In 2010 he holds, LLB (Bachelor of Laws) from Adarsh Law College at Warangal.

He has been exposed to political traits since childhood. after the conclusion of his higher studies, in the year 2006 Bhuvana Sunder has begun his political career by joining the Indian National Congress Party (INC) which is ruling under the leadership of Sonia Gandhi.

He exposed his leadership skills by serving as the Congress Party Activist and working comprehensively all the time for the welfare of humankind.

After governing the people, by seeing his commitments and dedication, in 2013 he was appointed in the position of Mandal General Secretary from Ghanpur. From the moment he was given the post till 2019 he has been used all his resources for the people and pursuing his happy life of public welfare.

After fulfilling his responsibilities as the Mandal General Secretary in 2019, he upgraded his admirable position as Block Congress President from Bhupalpally to stay face to face with the people to solve problems.

From the beginning of his political career to the present, he has worked incredibly hard for the welfare of the people, constantly striving for the development of the society, and has rendered desperate service to society through the designations he has been appointed to.

Sunder’s family assists the needy selflessly in which several members are involved in politics as his parents were dealing in the honourable position as Sarpanch from INC Political Party at Bhupalpally to ensure that the initial and subsequent tasks run smoothly and to promote the hardships faced by the Below Poverty People.

Because of the efforts being made for the development of the Party they provided a kind of encouragement with a passion to serve the people as being in a reputable position as Sarpanch. They have been re-elected 5 times for the Honorable position and working comprehensively all the time for the welfare of humankind.

He actively engaged and led the Telangana Movement:

During his LLB, he took part in Dharna’s Rallies and Protests:

– During his LLB, he engaged in moments and dharnas for the recognition of the respective party.
– He Engaged in a boycott to prevent the opposition party from making decisions.
– He protested that skyrocketing petrol, diesel, and gas prices would become another problem for ordinary people in the community.

Performed a range of Political Activities under the auspices of former Minister Duddilla Sridhar Babu:

Held a Rally to prohibit the increment of Petrol, Diesel Prices-
He protested that skyrocketing petrol, diesel, and gas prices would become another problem for ordinary people in the community.
Farmers Strike-
He is in complete opposition to the state government repealing new agricultural laws and participated in farmers’ strikes for other beneficial elements that will serve the survival of farmers.
He was arrested for taking part in a protest against the rising fuel and domestic gas cylinder prices held at Chalo Raj Bhavan.

Congress party president Revanth Reddy has been House arrested for allegedly going on a land visit to expose corruption in the sale of Kokapet land worth rps: 1,000 crores. on this, Bhuvana Sunder protested a rally.

-Every Year on the birth anniversary of Rahul Gandhi, Sunder organized a blood donation camp in the village and donated blood to the extreme people.
-This program has started with the thought of no INDIAN should die with lack of blood and by implementing into reality started a group with countable members and started donating all the blood- Normal groups, Negative Groups, Rare Groups across INDIA with the help of donors.

Activities carried out while the Congress is in authority:

Distribution of Pensions & Indiramma Houses-
– Pensions and Indiramma residences were presented by Sunder while the Congress party was in power in the society, and he sheltered them by supplying required items whenever they were in need.

Developmental Activities:
– Like he resolved the problems of village developmental issues and was also involved in many Social service events like Haritha Haram, Clean and Green, Casting of Plants, and Palle Pragathi.
– conducted activities in the village like laying of CC Roads, Putting up Street Lights, Clearance of Drainage systems, and Solving water Problems.
– During his formative years, in the centre of Mulug Mandal, Black Congress President Sunder, along with village residents organized a Shramadanam (Hard Work) program. On this occasion, President Sunder said that the surroundings should be kept clean. The event was attended by villagers and others. 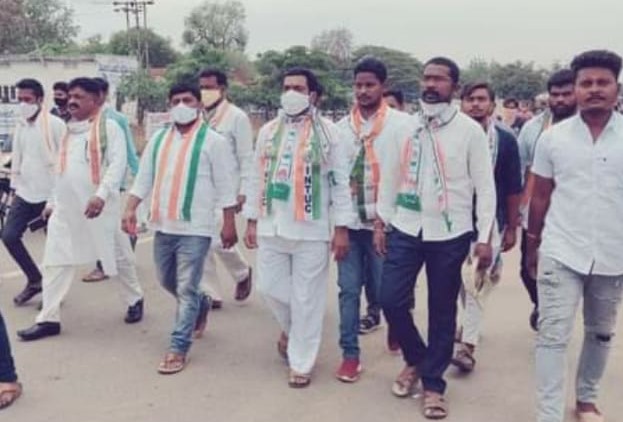 Participated in the campaign along with party leaders as part of the party’s election campaign. 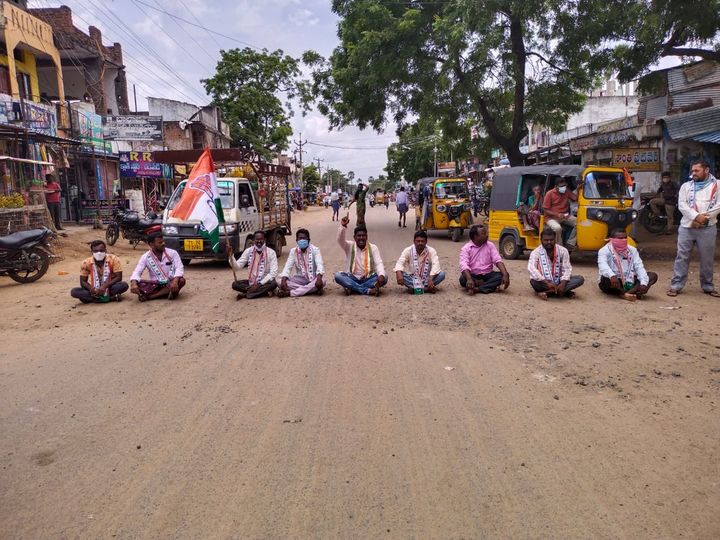 Congress party president Revanth Reddy has been House arrested for allegedly going on a land visit to expose corruption in the sale of Kokapet land worth rps: 1,000 crores. on this, Bhuvana Sunder protested a rally. 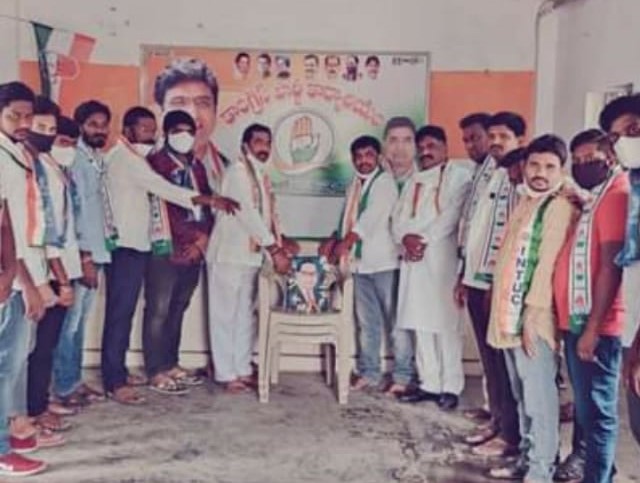 On the occasion of the 130th birth anniversary of Dr. Babasaheb Ambedkar, the social reformer who set fire to the humanist anthropology that worked tirelessly for the rights of women who resigned as Union Justice Minister for the advancement of the marginalized and hopeful women of the world, the founder of the Indian Constitution, the world genius, laid a wreath at their statue. 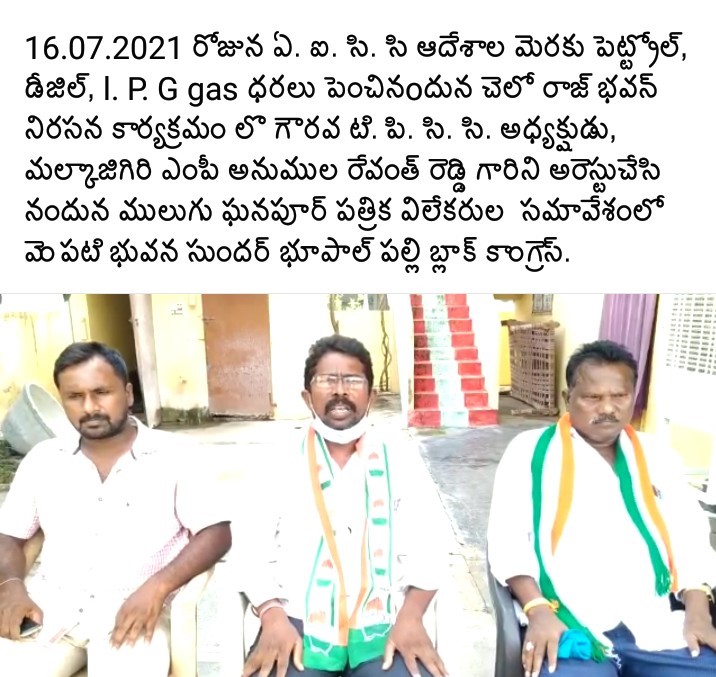 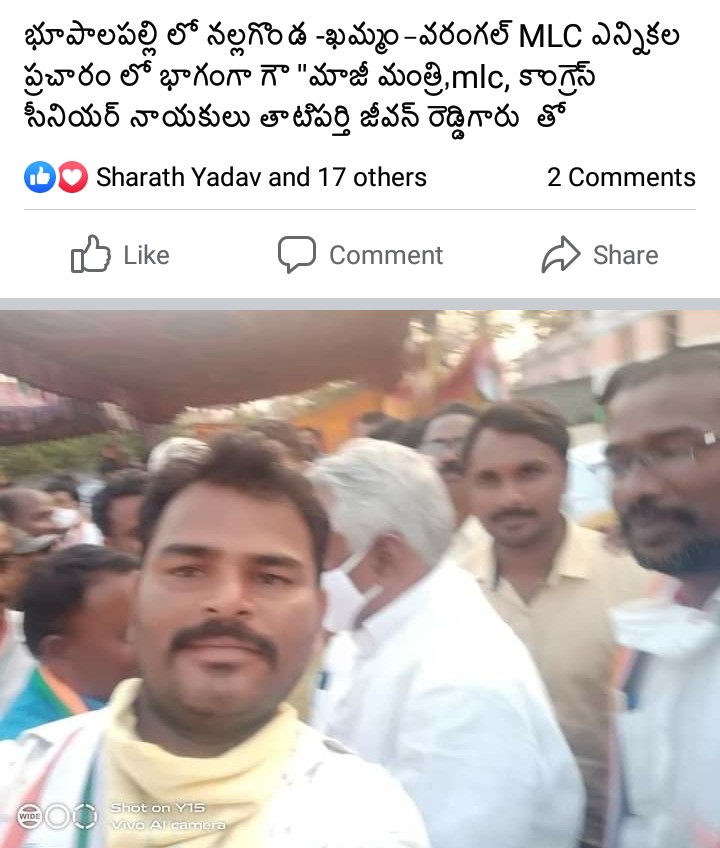 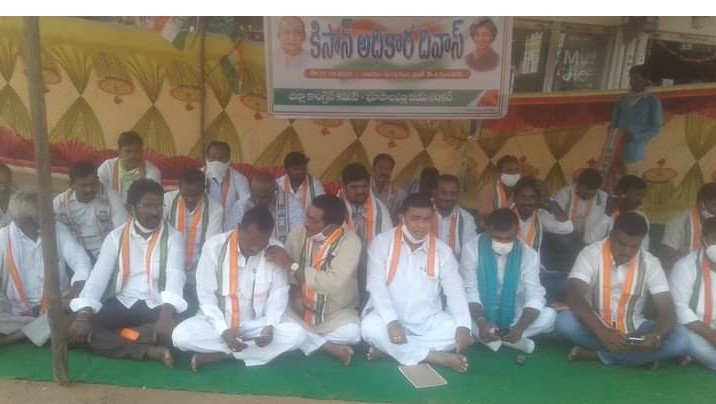 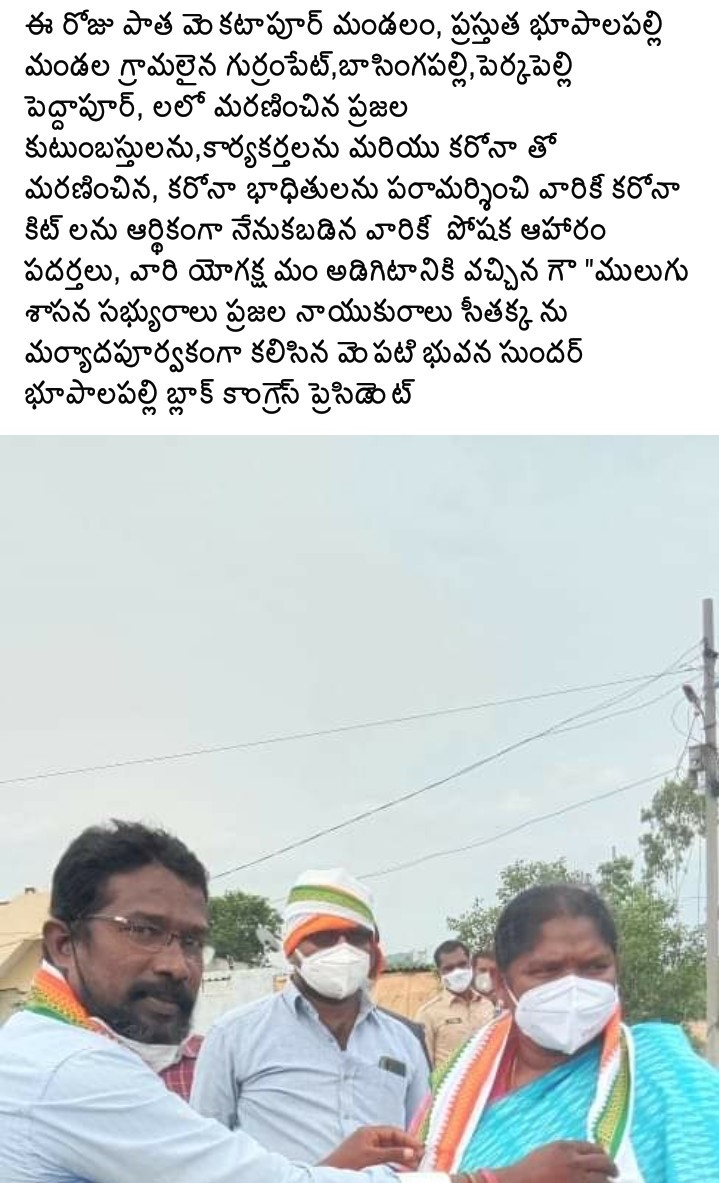 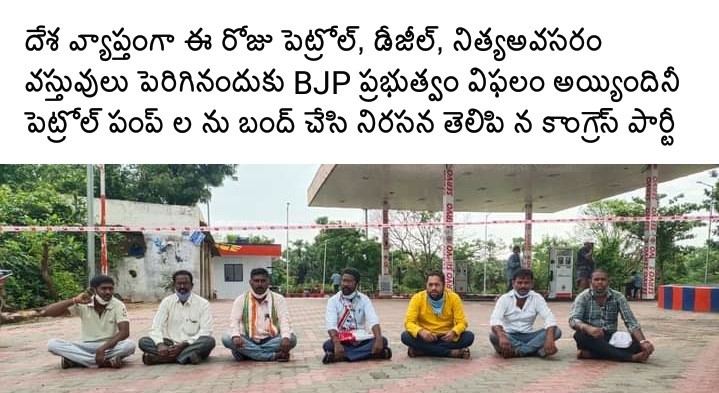