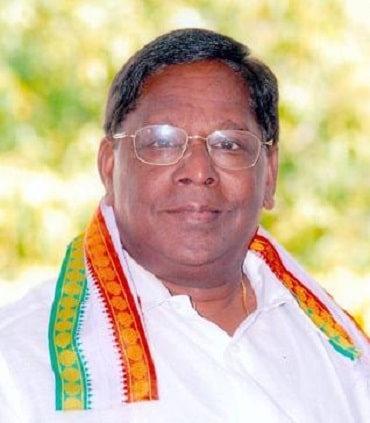 Velu Narayanasamy is the 10th and current Chief Minister of the Union Territory of Puducherry. He is a member of the Indian National Congress political party. He was born on 30-May-1947 to Velu and Iswary in Puducherry. He completed BA from Tagore Arts College, Puducherry in 1969, and BL from Madras Law College, Chennai in 1973, M.L from Annamalai University in 2008. He was the Advocate.

In 2006, He was the Member of the Committee on Rules. He was served as Minister of State Planning and Parliamentary Affairs, Govt. of India in 2008. In 2009, He elected as the 15th Lok Sabha Member of Parliament from Puducherry. Narayanasamy selected as Minister of State Prime Ministers Office, Personnel, Public Grievances and Pensions, Govt. of India. He took oath as Chief Minister of Puducherry in 2016. He was a player of Volleyball and Badminton.

In the field of Social and Cultural Activities, he has been the Ex-President of All India Backward Classes Employees Federation Example: Cultural Secretary, Constitution Club; He is the Member of India-China Society. 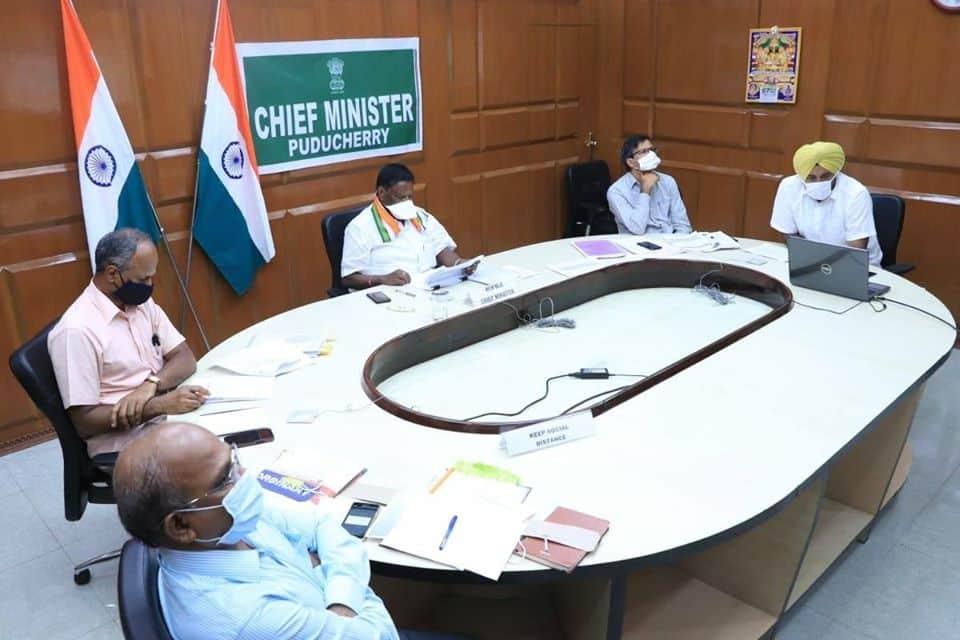 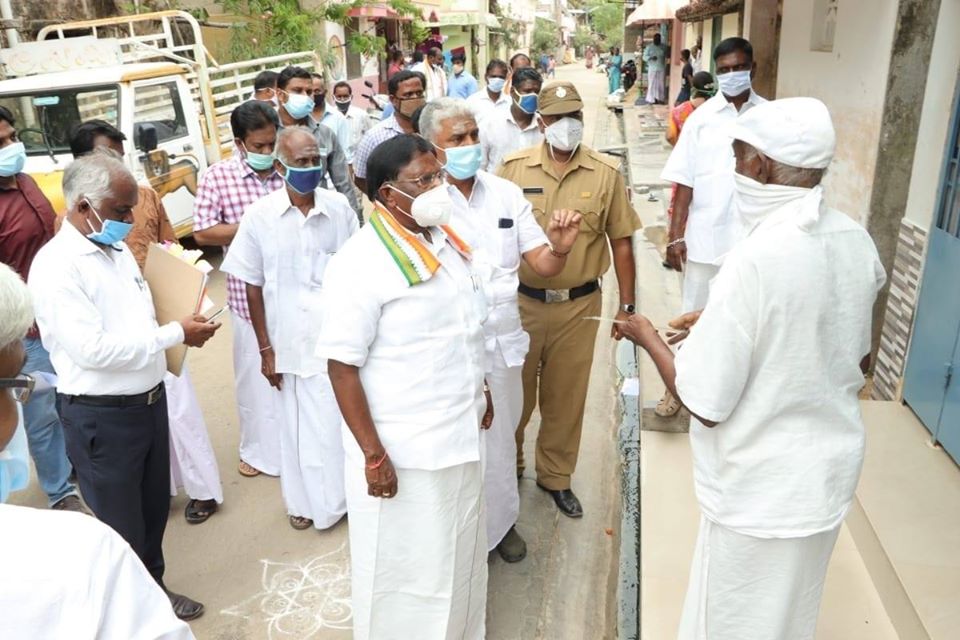 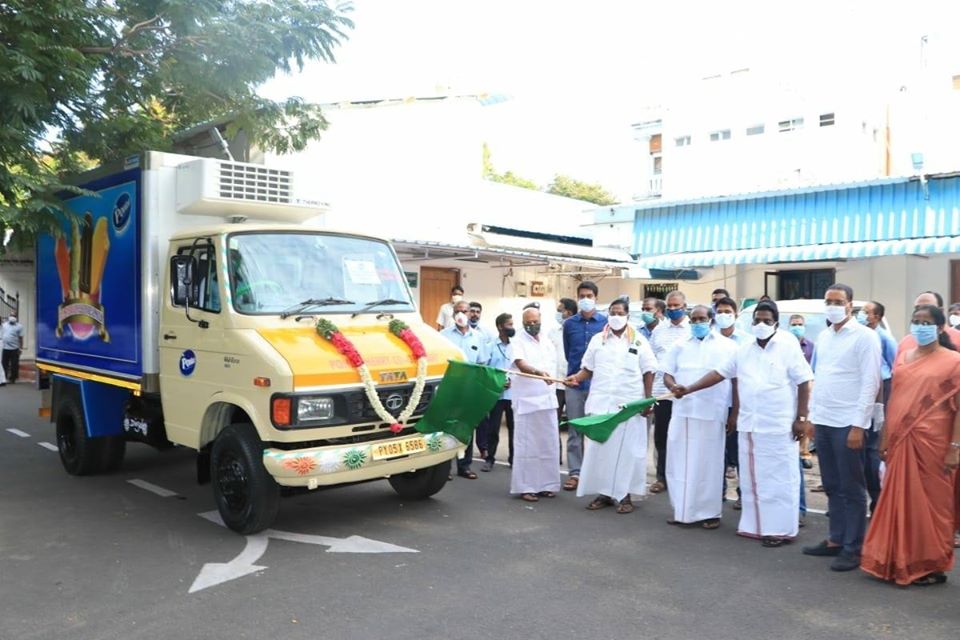 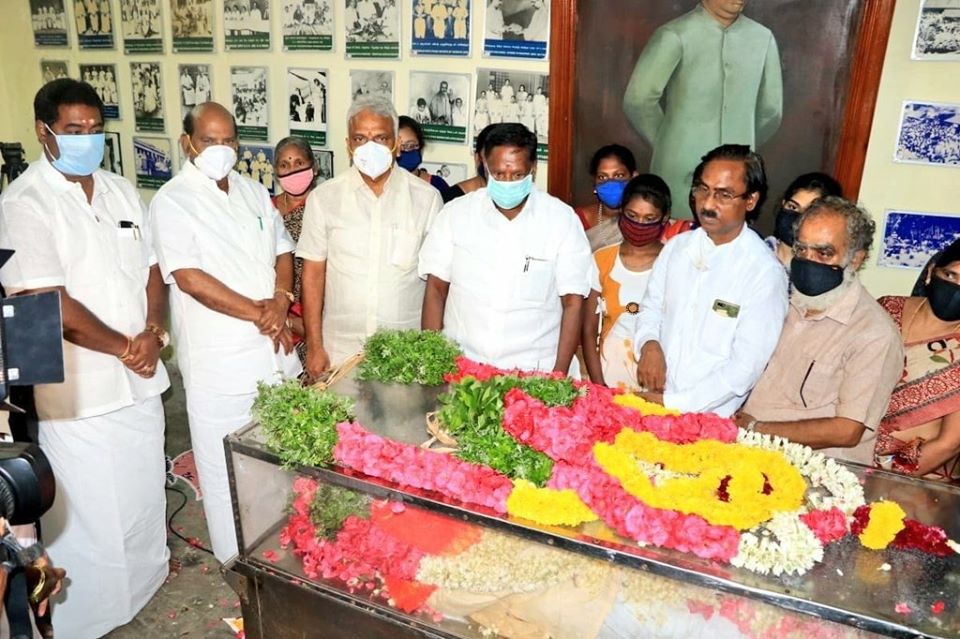 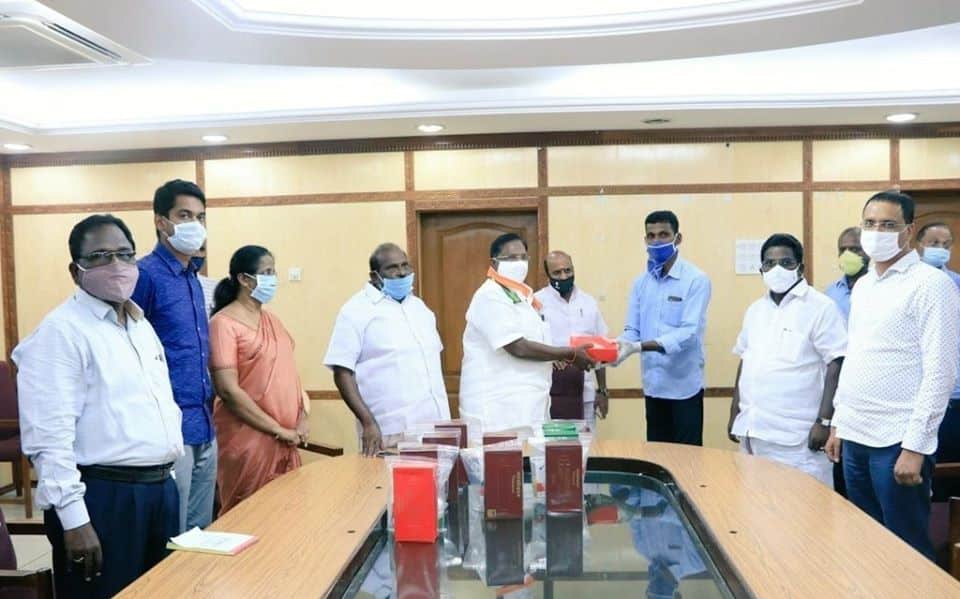 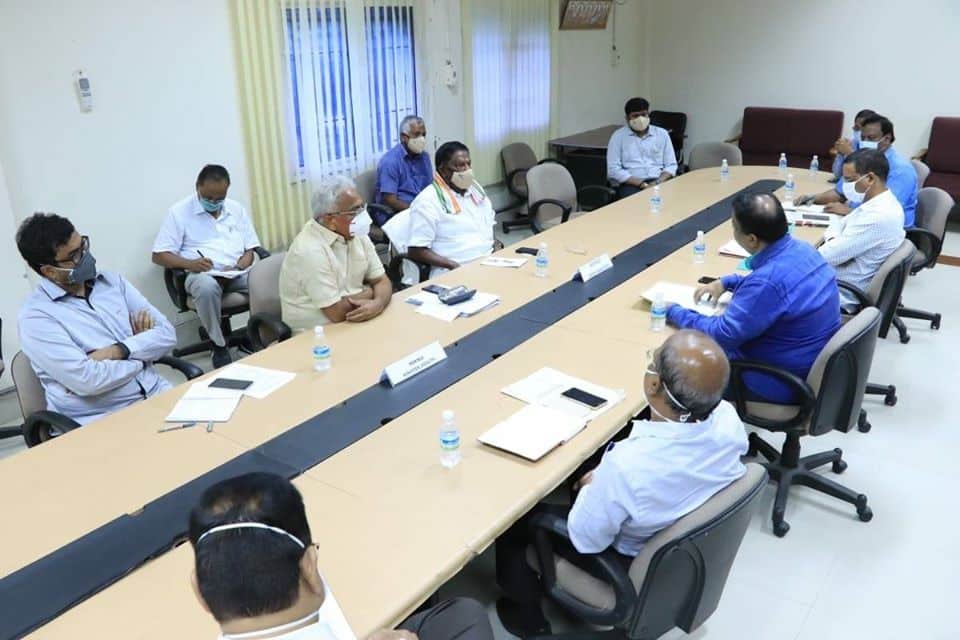 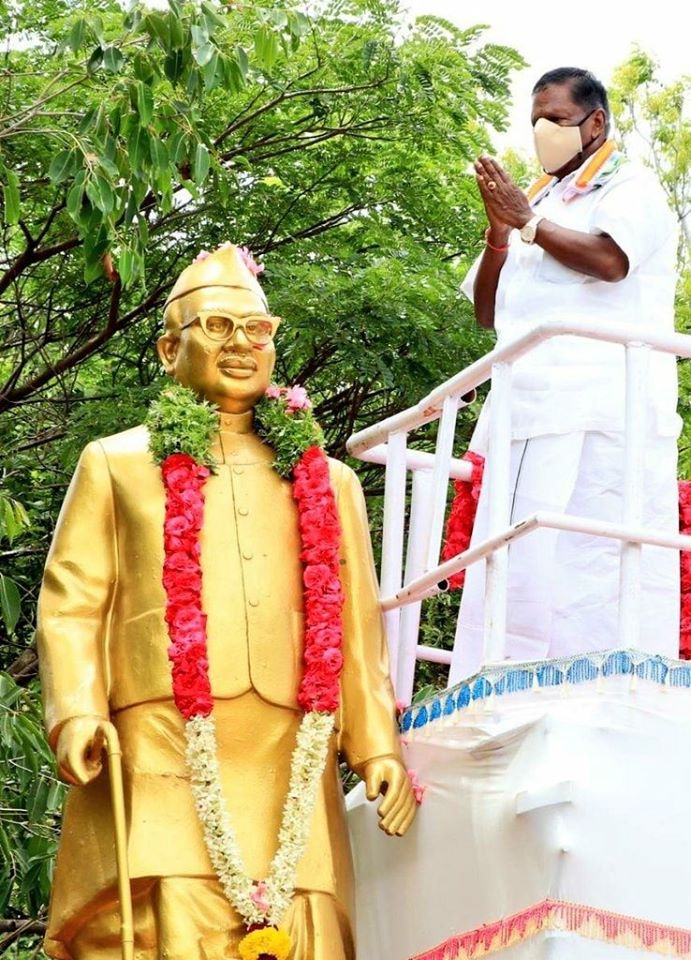 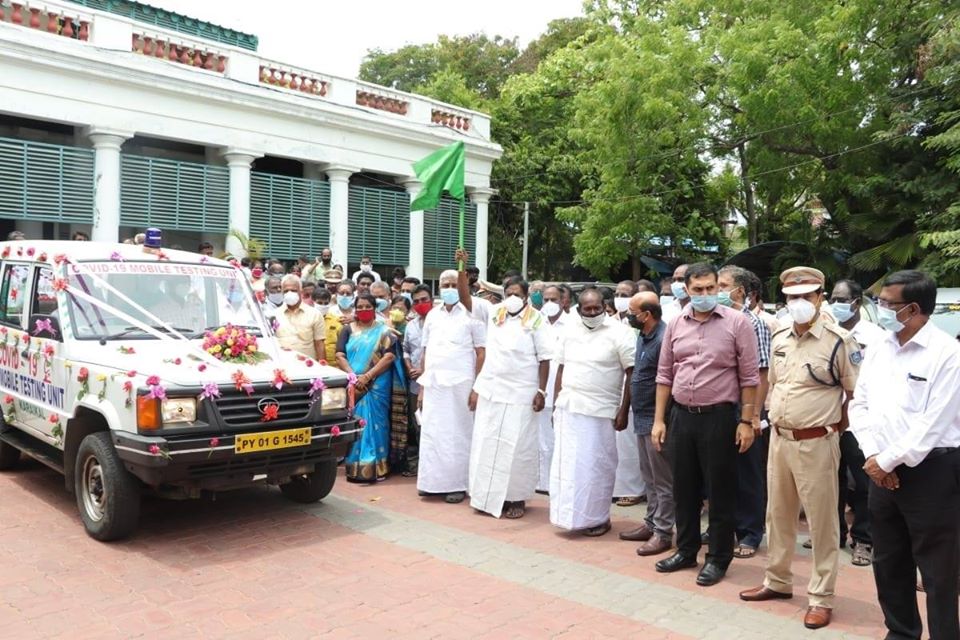 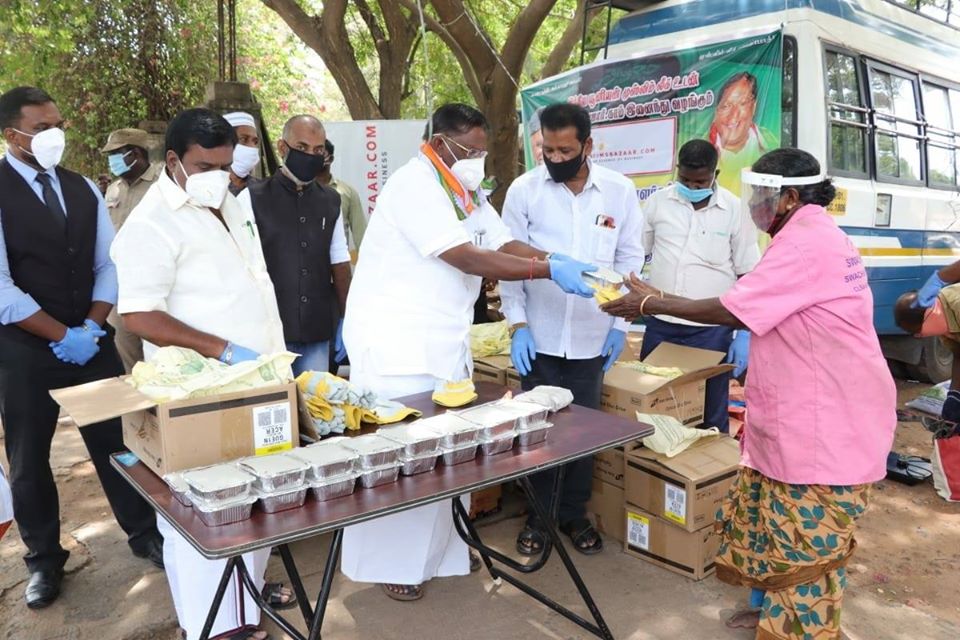 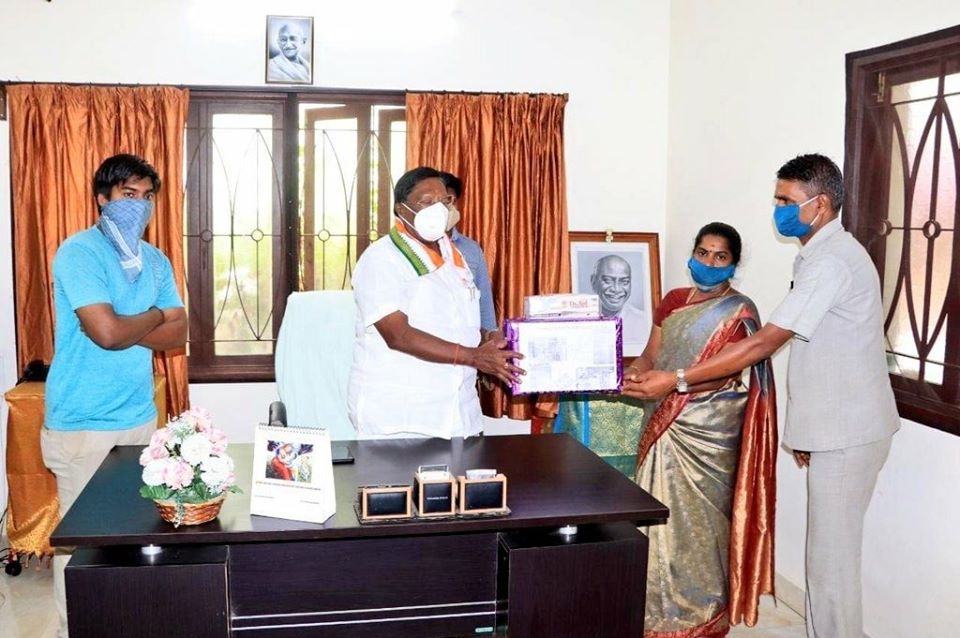 Member of Parliament to Rajya Sabha

for Ministry of Home Affairs

of Committee on Government Assurances

of Court of the Puducherry University

of Committee on Home Affairs

of Committee on Rules

of Committee on Petitions

for the Ministry of Urban Developments

on Salaries and Allowances of Members of Parliament

of the Congress Working Committee

of All India Congress Committee’s

229 beneficiaries of street dwellers & people stay in roadsides from various constituencies were issued order copy for their allocated houses constructed in Lambert Saravanan nagar by Govt of Puducherry | Town & Country Planning with Puducherry Slum Clearance Board, under JNRUM. pic.twitter.com/5E9pDRNkXr

Flagged off new Refrigeration vehicle of Ponlait which will benefit the consumers of Milk and dairy products in #Puducherry Town . pic.twitter.com/5dL7at6aH7

Meeting held this evening with representatives from private medical Colleges & Health Department Officials to review on #COVID19Pandemic in #Puducherry UT along with Hon'ble Minister for Health, Secretaries and District Collector at Legislative Assembly, Puducherry. pic.twitter.com/su9DAqUQtw

Paid tribute to Former Prime Minister Bharat Ratna Shri Rajiv Gandhi ji on the occasion of his Birth Anniversary. Distributed Food packets to Needy People and Saplings were Planted. This program was organized and arranged by @PuducherryPYC #puducherry pic.twitter.com/tZLc7Z6P3i

16-08-2020 | Speech at the event Honoring Freedom Fighters which was organised by Dept. of Information & Publicity at Botanical garden #Puducherry [ video part-2 ] pic.twitter.com/Crc5akEiOp