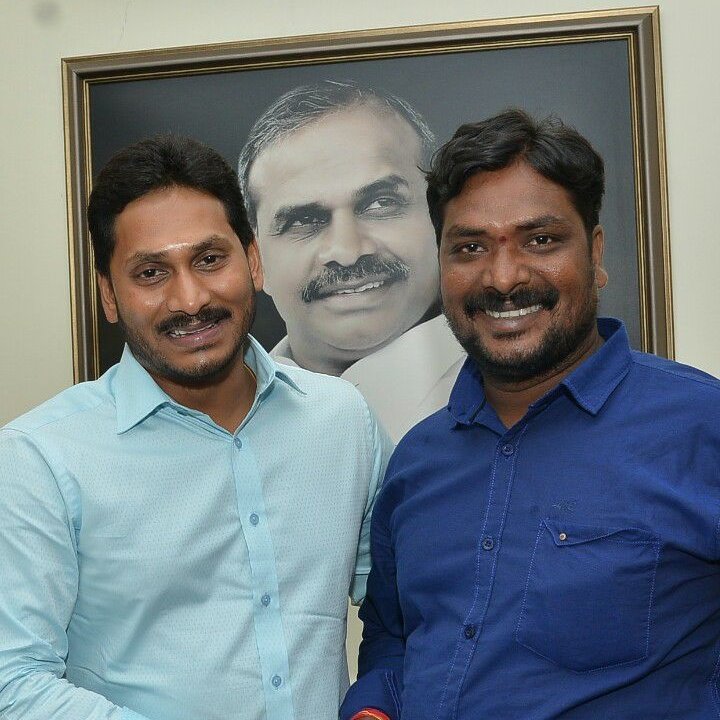 Srinivas is the Social Media Coordinator of Gopalapuram Constituency from the YSRCP. He was born 10-08-1983 to Gunnampalli Village of Dwarakatirumala Mandal of West Godavari District.

In 1999, Srinivas has studied his SSC Standard from APSWR School at Pedavegi. In 2002, He has completed his Intermediate from SVR junior College at Bhimadole west. In 2005, He attained his Graduation from SVR Degree College.

Srinivas started his political journey in 2011 with the YSRCP(Yuvajana Sramika Rythu Congress Party). He was the Active Member of the YSR Congress Party.

Since 2015, Srinivas was serving as a Social Media Coordinator of Gopalapuram Constituency & Dwarakatirumala from the YSRCP.

Since 2018, Srinivas was the Village Booth Convenor of Gunnampalli from the YSRCP.

Srinivas married to the Alivelu Manga and has 2 Children. Ons Son Mani Balaji and one daughter Kinnara Lakshmi.

of Gopalapuram Constituency & Dwarakatirumala from the YSRCP.

of Gunnampalli from the YSRCP.