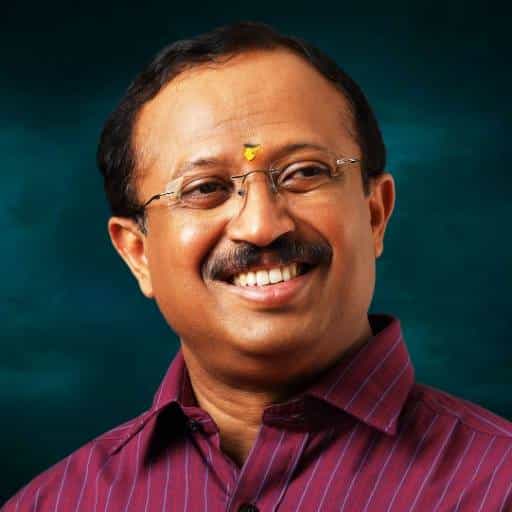 V. Muraleedharan is an Indian politician from Kerala representing the Bharatiya Janata Party and the current Union Minister of State for External Affairs & Parliamentary Affairs. He was the eighth State President of the Bharatiya Janata Party (BJP) in Kerala. He is also a Member of Parliament in the Rajya Sabha, the upper house of the Indian Parliament. He was sworn in as a Union Minister on 30 May 2019. On 12 June 2019, Muraleedharan was appointed Government Deputy Chief Whip in the Rajya Sabha.

Muraleedharan was born to Vannathanveetil Gopalan and Nampally Vellamvelly Devaki on 12 December 1958 at Eranholi, Thalassery in Kannur District. He was educated at Kodakkalam UP School and thereafter at St Joseph’s Higher Secondary School, Thalassery. The Graduates with a Bachelor of Arts- English Literature from Govt. Brennen College, Thalassery, Calicut University in 1980. He was closely associated with Akhil Bharatiya Vidyarthi Parishad (ABVP) right from his school days.

He began his political activities during the days of National Emergency that gripped India from June 1975 to March 1977.

Muraleedharan shifted his activities to the RSS at Kozhikode and became a full-time worker of ABVP. He quit his job later and was elected as the State Organizing Secretary of ABVP in 1983 at the age of 25.

From 1987 to 1990, he also held the additional responsibility as All India Secretary of ABVP. During his 11 years tenure (1983–1994) as the State Organising Secretary, he worked closely with K.N. Govindacharya and Dattatraya Hosabale, who were then the successive South Zone Organising Secretaries of the ABVP. The ABVP team during 1983–1994 at the state and national level had leaders including Ananth Kumar (Karnataka), Sushil Modi (Bihar), Jagat Prakash Nadda, (Himachal Pradesh), Muraleedhara Rao (Rajasthan), Harendra Kumar (Former All India General Secretary), Om Prakash Kohli (All India President), Professor Late Bal Apte, (All India President), Vinod Tawde and Chandrakant Patil (All India General Secretaries).

Muraleedharan left for Mumbai when he was appointed All India General Secretary of ABVP for the term 1994–1996. Muraleedharan returned to Kerala in 1997 on a research project of Khadi and Village Industries Commission at Trivandrum

In 1998, Muraleedharan married Dr. K. S. Jayasree, who is currently a Sanskrit lecturer at Sree Narayana College, Nattika. They live at Eranhipalam, Kozhikode. The couple doesn’t have any children.

Into training Youth as agents of change:

In 1999, Muraleedharan was assigned the task of empowering Youth. Vajpayee government appointed him as the Vice Chairman of Nehru Yuva Kendra, under Department of Youth Affairs and Sports, Government of India. He also became the chief coordinator of the committee chaired by the Prime minister for celebrating the golden jubilee of the Indian Republic in the year 2000. From 2002 to 2004 he served as the Director-General of Nehru Yuva Kendra and convener of Youth Employment Generation Task Force under Khadi and Village Industry Commission.

As the office bearer of Nehru Yuva Kendra, he received National attention for creating National Reconstruction Corps, which later came to be called Rashtria Sadbhawana Yojana. He had been the founder president and currently a director board member of the National Yuva Cooperative Society created for encouraging entrepreneurship.

In the Leadership of BJP:

In 2004 Muarleedharan was appointed as the National convener of the NGO cell of BJP. Thereafter in 2005, he became the All India convener of the BJP training cell. During his tenure as the BJP Kerala Vice president (2006–2010), his major assignments were to provide ideological orientation to the party workers in Kerala as part of training cell activities and impart and oversee training to the local body members of the BJP. He contested the Loksabha election from Kozhikode Parliamentary Constituency in 2009. In January 2010 he was appointed as the State President of the Kerala BJP. He was appointed for his second term in the office in January 2013. V Muraleedharan is instrumental in strengthening the party at its grass root level.

The positive change has to begin now:

Team up with BJP for the long-awaited transformation and social change. Let’s polish our skills, innovate, and build a new Kerala. 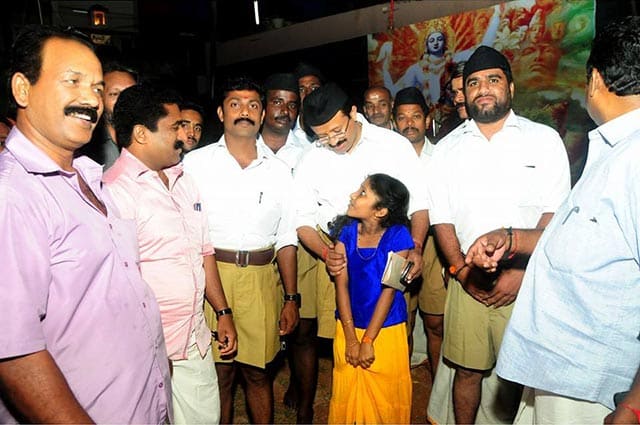 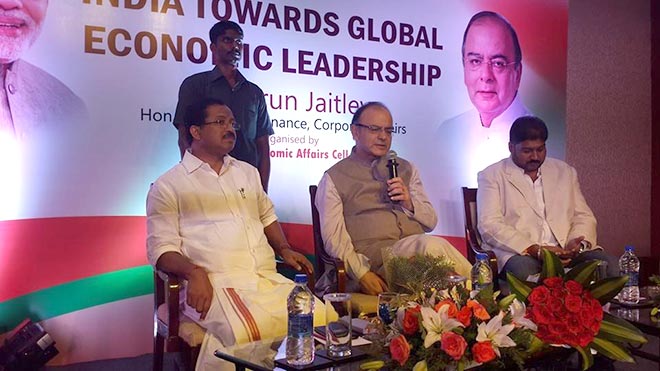 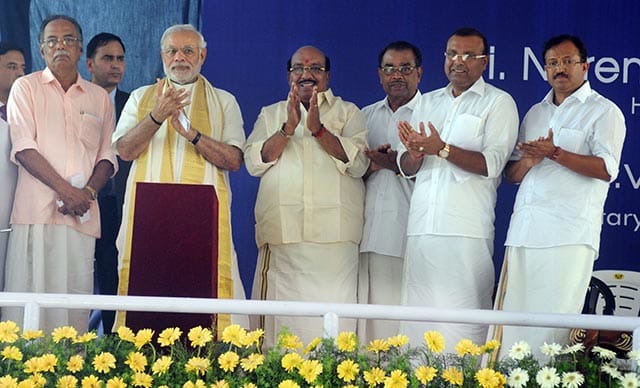 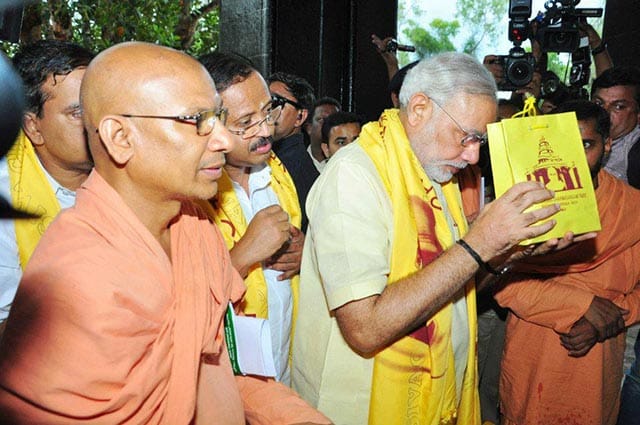 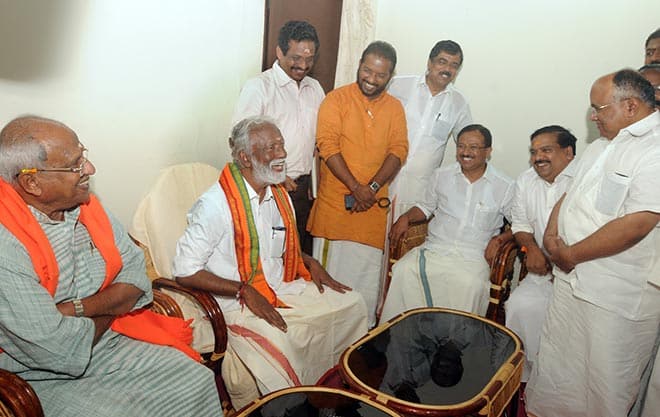 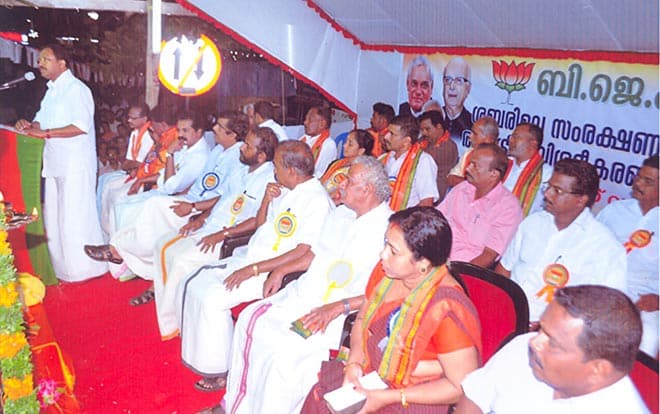 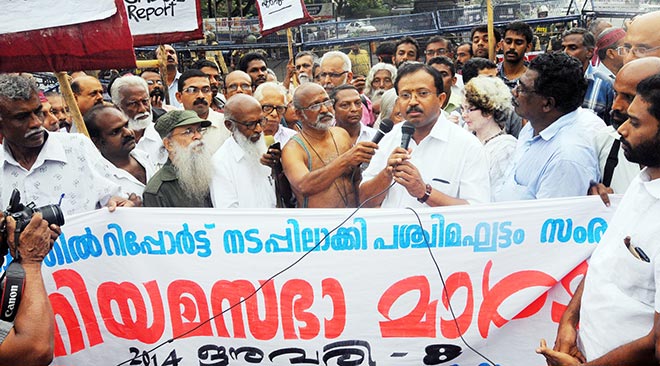 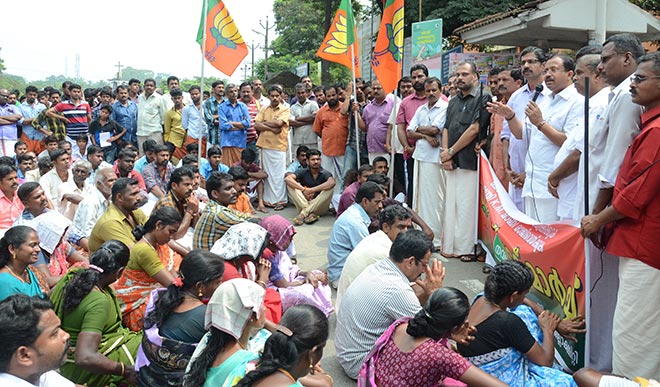 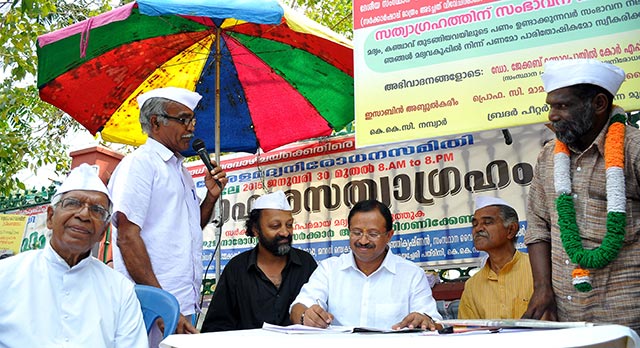 He was closely associated with Akhil Bharatiya Vidyarthi Parishad (ABVP) right from his school days.

of NGO cell of BJP

of All India BJP Training Cell

of the Kerala BJP

in the Rajya Sabha, the upper house of the Indian Parliament.

in the Rajya Sabha.

Delighted to have addressed the #NEGreenSummit held at @IITGuwahati today on "Corona Bio-Disaster Aftermath: Sustainable Yardsticks To Save Our Planet."

Spoke on the need to promote conservation & sustainable development across the globe to deal with #climatechange pic.twitter.com/cxcZfzgqiT

Had a detailed review meeting on border security with concerned CAPF’s, state officials and security agencies in Bhuj (Gujarat). pic.twitter.com/jrpu02rHq3