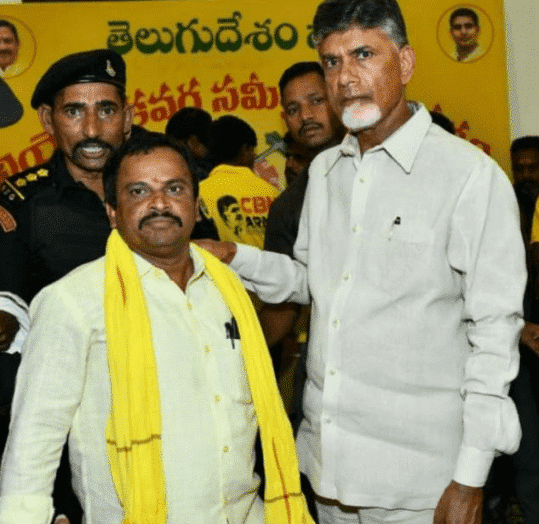 Upparagovindudappa Venkatesh is an Indian Politician of TDP and BC Cell State Secretary of Sasanakota Village, Parigi Mandal, Sri Sathya Sai District, Penukonda in the Indian State of Andhra Pradesh.

Upparagovindudappa Venkatesh began his Professional Career by started working as a Contractor and Real Estate, and ever since he started the profession he simulteneously handling his family responsibilities.

In the year 1994, Upparagovindudappa Venkatesh began his political career by joining the Telugu Desam Party (TDP) and continued rendering services to the people as an Active Member of TDP.

Upparagovindudappa Venkatesh was a sincere TDP Party Activist right from his joining and propagation of its principles at the beginning. He has been deeply attracted by the policies and ideals of the party and the vision of our great leader former Chief Minister of Andhra Pradesh and was immensely inspired by the unique schemes introduced by the Nara Chandra Babu Naidu.

Upon Joining, he was designated as the Mandal Telugu Yuvatha Vice President of Parigi Mandal from TRS in 2004 to serve the people and tackle the issues raised by executing his tasks effectively and adhering to the party’s policies and guidelines.

In the year 2014, Venkatesh was promoted as District Telugu Yuvatha Spokesperson of Chittoor District for 2times.

He was elected as Village Vice Sarpanch in the Village of Sasanakota, Parigi Mandal in the year 2013-2019.

Later, he was assigned as BC Cell State Secretary in Telangana in the year 2022.