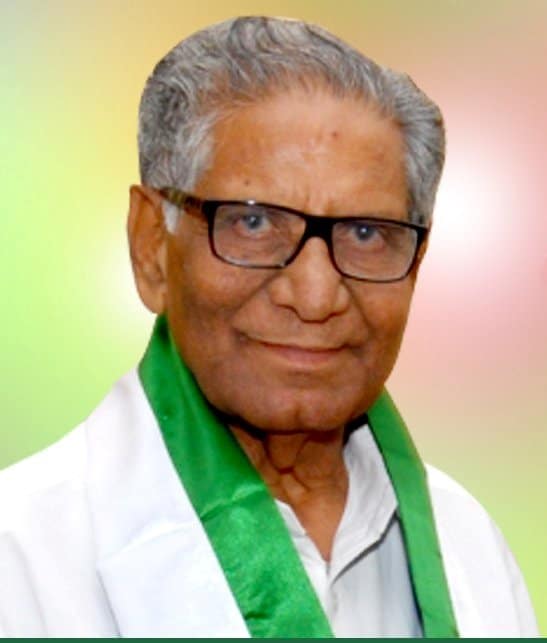 Ummareddy Venkateswarlu is a Member of the Legislative Council(MLC) of Guntur and Govt. Chief Whip, Andhra Pradesh Legislative Council. He was born on 01-07-1935 to Venkaiah and Kotamma in Kondubhotla Palem of Bapatla Mandal in Guntur district of Andhra Pradesh. He completed Post Graduate M.SC (AGRI.) and completed a Ph.D. from Banaras Hindu University Varanasi in 1979. He worked as a Professor. Ummareddy Venkateswarlu married Sarojini Devi.

to the 10th Lok Sabha of Tenali

of Consultative Committee, Ministry of Agriculture

of Committee on Papers Laid on the Table.

of Committee on Human Resource Development, Consultative Committee, and Ministry of Communications.

of Consultative Committee, Ministry of Communications

to the 11th Lok Sabha of Bapatla

of Politburo from the TDP

to the 13th Lok Sabha of Tenali

on the Protection of Plant Varieties and Farmers

of the Committee on Estimates.