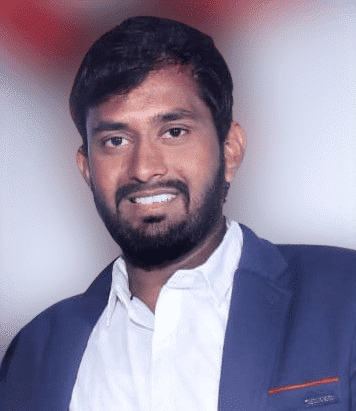 Ummannagari Bucha Goud is an Indian politician and Party Leader of Talelma from the political party BJP.

He was born on August 16, 1998, in the place of Talelma, to a couple named Managamma and Ramagoud.

In 2015, He acquired his Secondary Board of Education at ZP High School located at Maravelli and Studied Intermediate from Sriteja Junior College, Sangareddy in 2017.

Later in 2020, He Obtained a Bachelor’s Degree at Tara Degree College, Sangareddy, and followed his master’s in 2022 from St Martins engineering college.

In 2015, As a Sriteja College President from ABVP, he contributed to the betterment of students, working relentlessly for the welfare of the people, continuously fighting for the organization’s growth, and giving desperate service to the college.

He debuted into active politics in 2017 through the Bharatiya Janata Party (BJP) and has been an Active Member working all day for the party development by attending every scheduled meeting.

During his tenure as Town Secretary of Sangareddy in 2017, he exhibited his dedication to society by tirelessly advocating for their well-being, Town growth, and putting out great effort for the benefit of all people.

Bucha Goud was serving as the BJP Leader to serve the people in all ways by working thoroughly all the time for the benefit of humanity, citing code of conduct and disciplinary concerns.