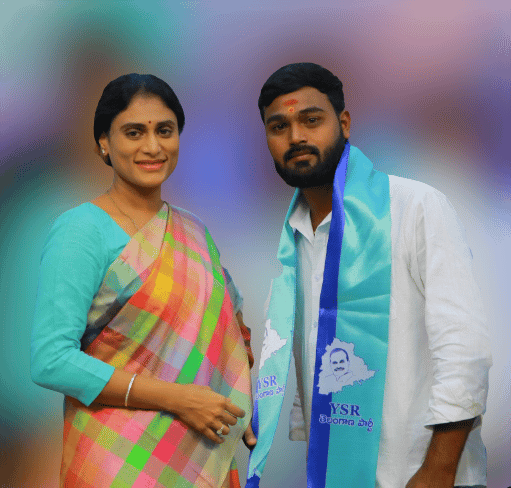 Ummanagari Anand Goud is an Indian Politician and the current Constituency Leader from Quthbullapur of Telangana State.

He was born to Ummanagari Narsimha Goud & Laxmi on 21th-October-1997 and raised in Talelma Village of  Andole Mandal in Sangareddy District of Telangana State.

In the year 2014, he completed the Higher Secondary Board of education from Swami Vivekananda High school resided at Jogipet. Later he holds IIT (Indian International of Technology) from Jogipet and finished it in the year 2016.

After governing the people in the respective party in the year 2021, he switched his political party to the YSR Telangana Party launched by an Indian Politician Yeduguri Sandinti Sharmila daughter of late chief minister YS Rajashekara Reddy.

He gained the people’s affection after serving in the assigned roles in the relevant Party, and the party not only advanced him to the post of Constituency Leader in 2021 but also enhanced his obligations to execute his tasks.

He is the dedicated devotee of the YS Rajashekara Reddy and he constantly followed the footsteps of YSR since the day he serving the people by providing his own assistance. Inspired by the administration of YS Rajasekhar Reddy and became a die-hard fan of him. After the instant death of YSR by following in his Stride, Anand is doing his part, though not on par with the services rendered by YSR.

Performed a range of Political Activities shortly after joining the YSRTP Party: 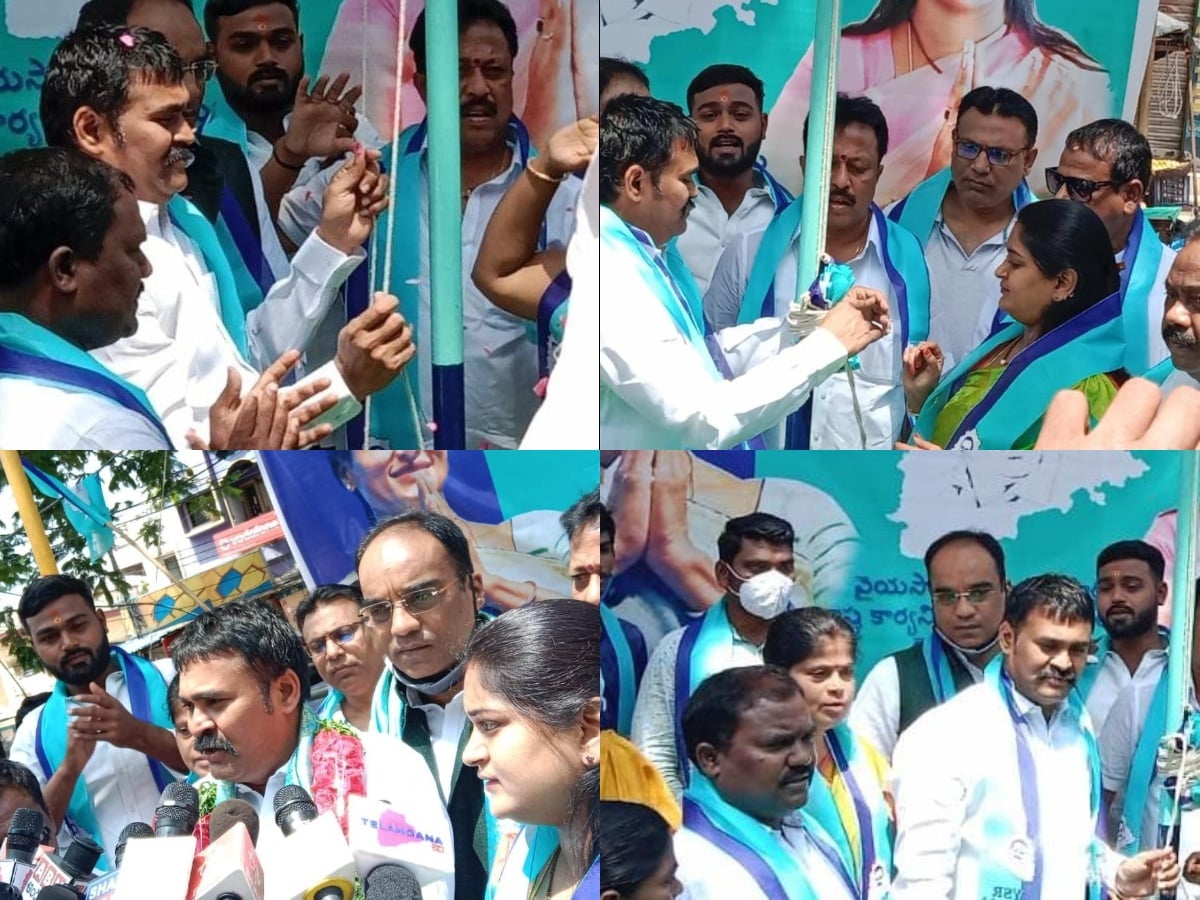 Ummanagari Anand Goud and Bhumi reddy and others have participated in the occasion of the Flag Inauguration Program. 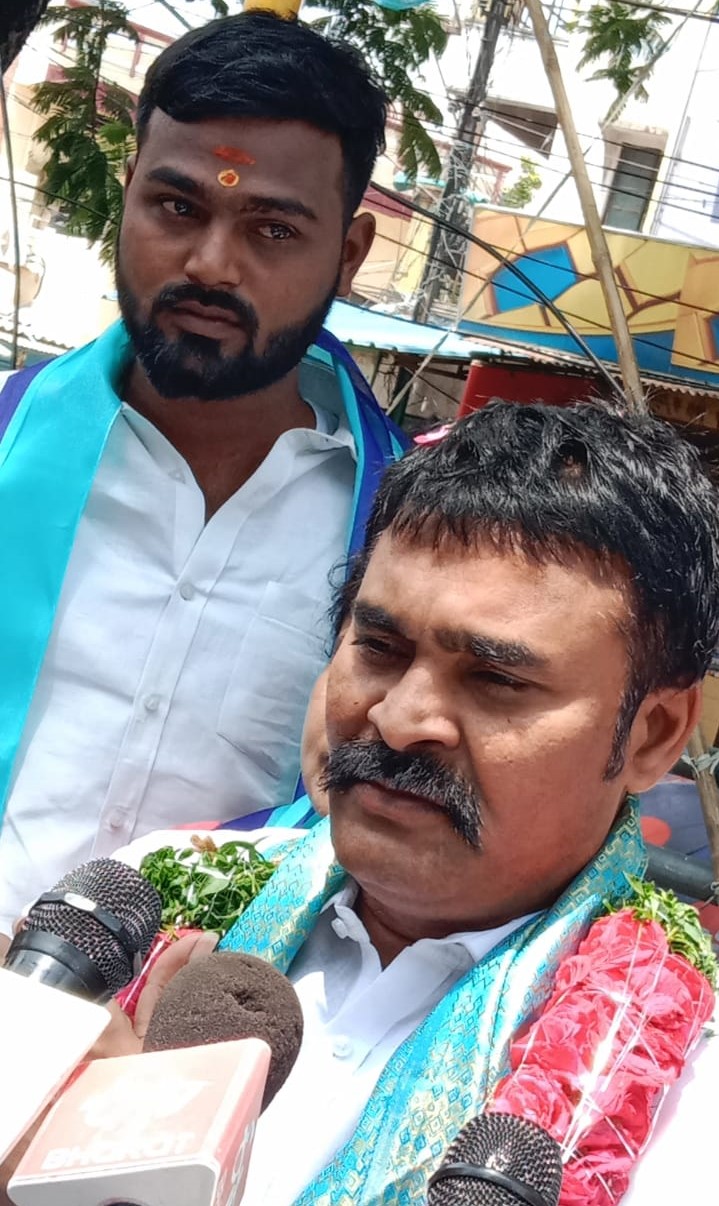 Ummanagari Anand Goud is an Honor to meet Bhumi Reddy in the Flag Inauguration Program. 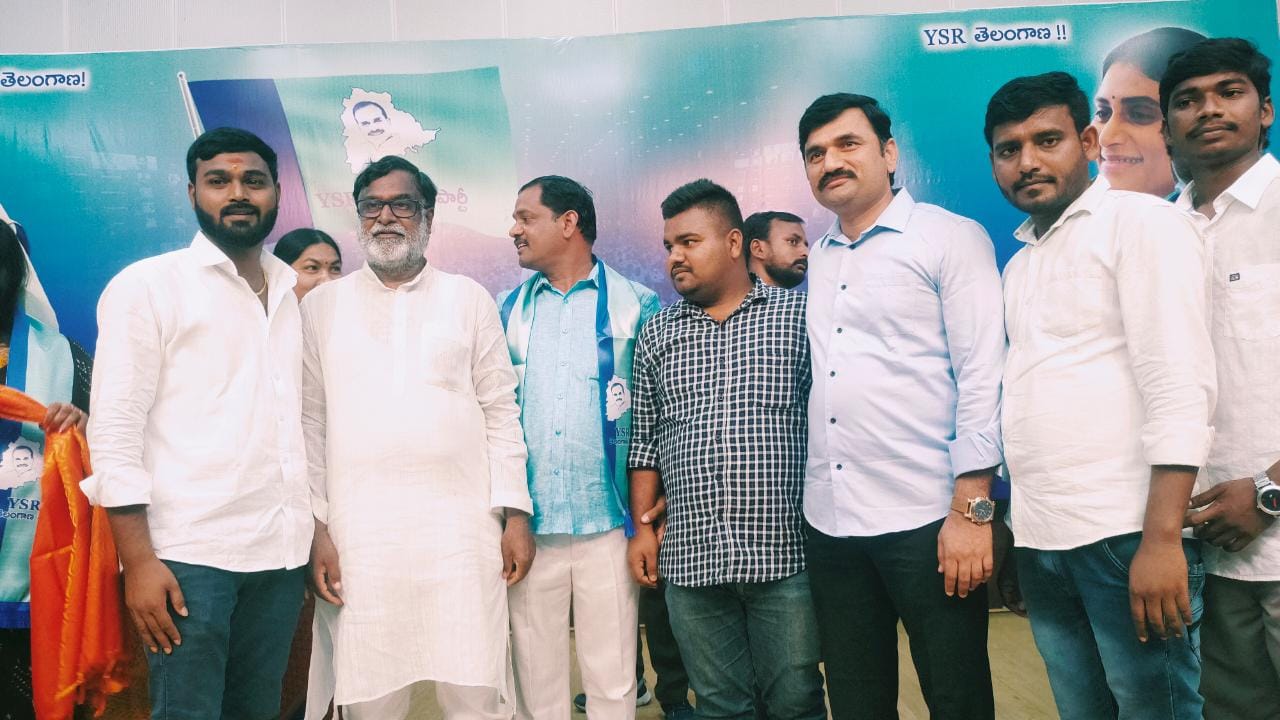 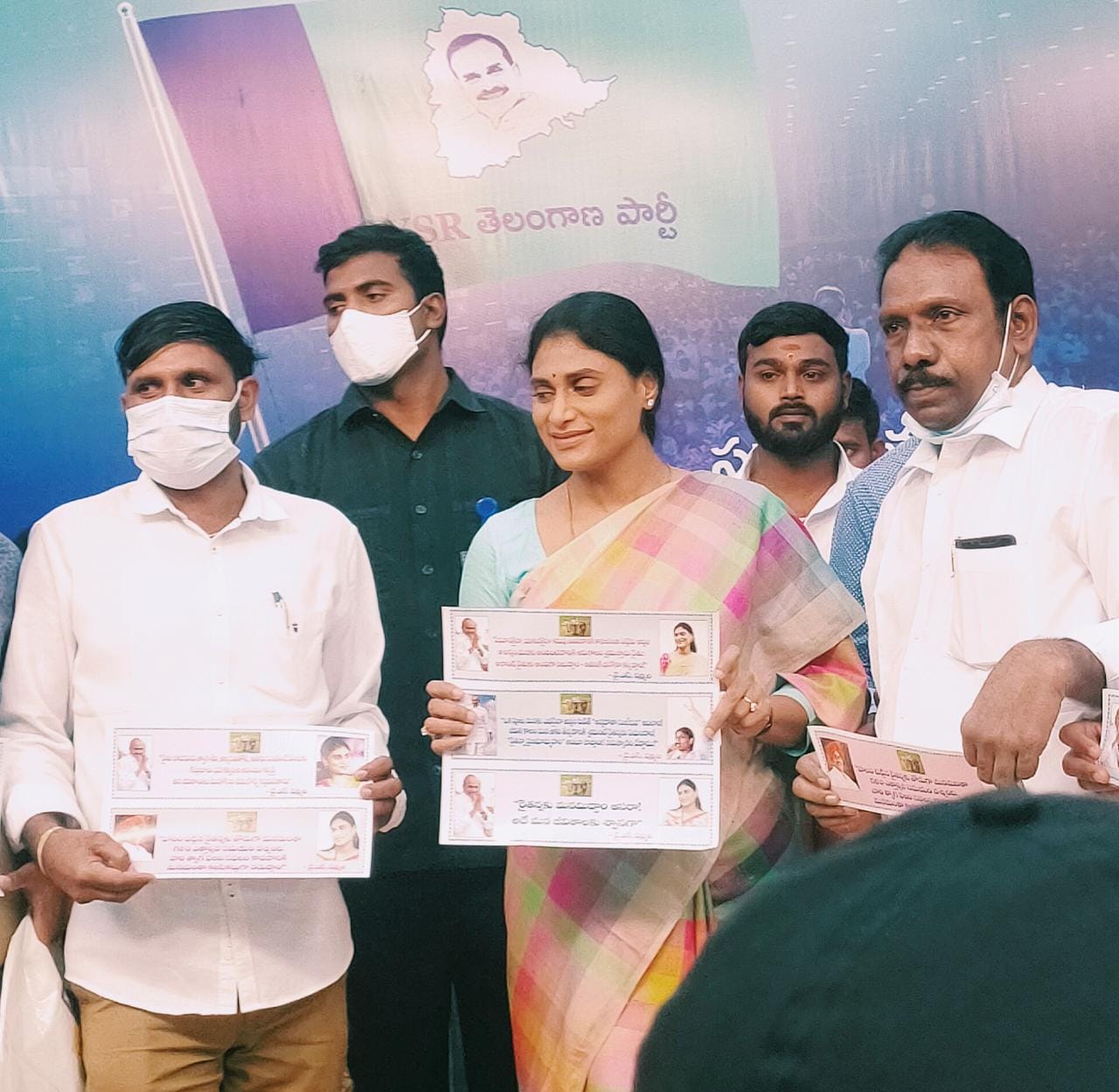 In the context of occasion

Ummanagari Anand Goud is with eminent leaders in the party meeting.

In the context of occasion 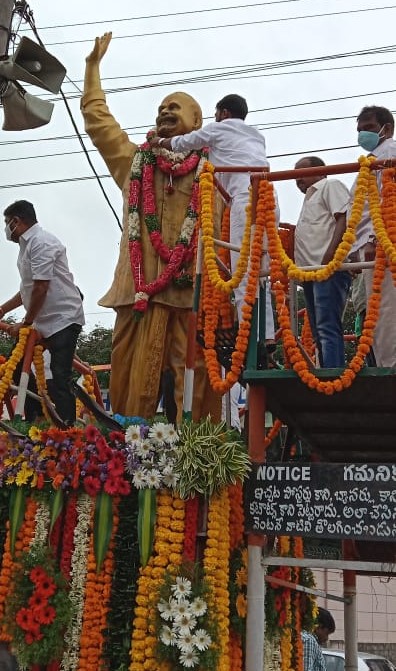 Anand Goud and YSRTP  leaders honorably celebrated the birthday of the former Chief Minister of Andhra Pradesh Rajasekhar Reddy and laid flowers at his statue by commemorating his services. 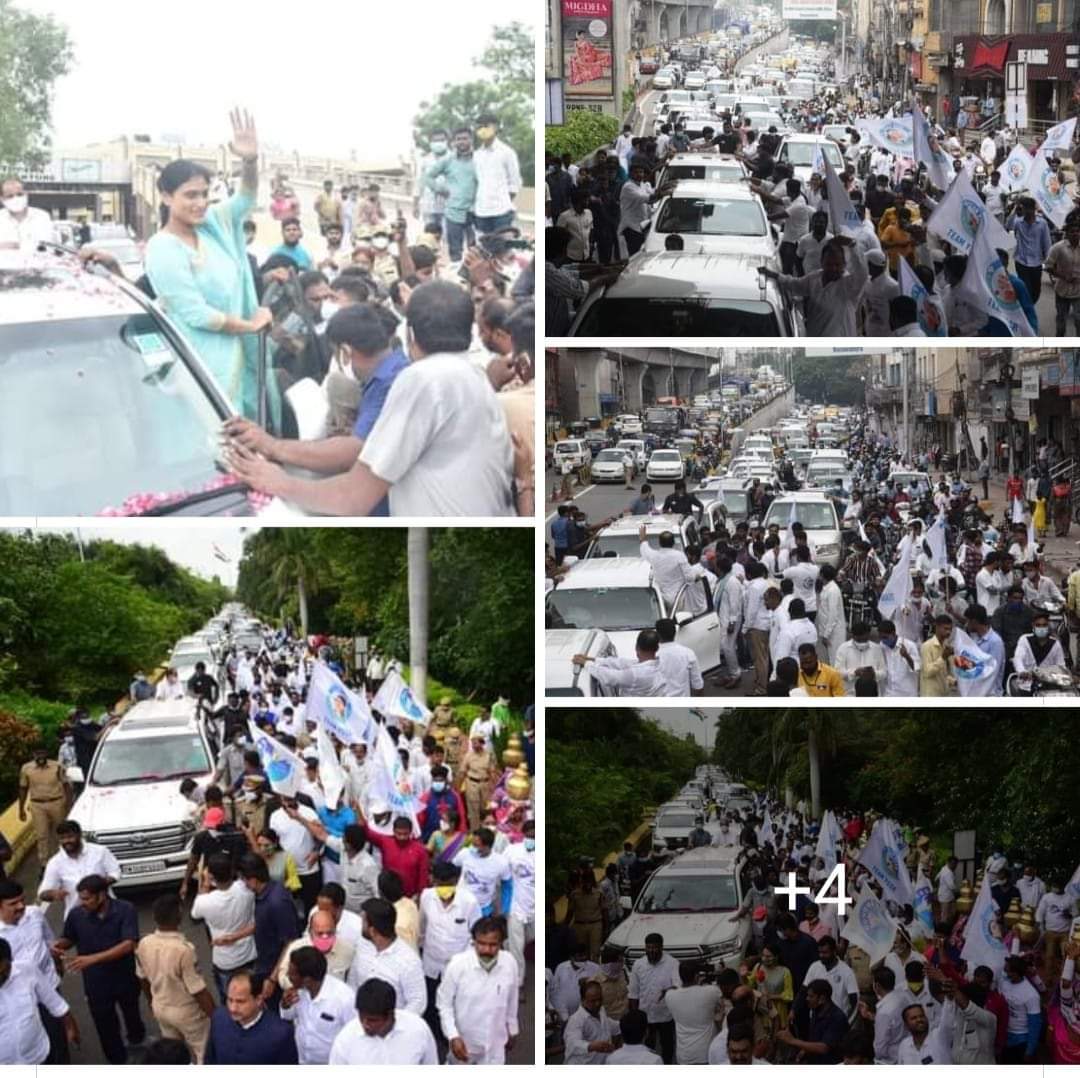 Days after launching YSR Telangana Party (YSRTP), Anand Goud went on a fast on Tuesday in the Wanaparthy district of Telangana demanding the state government to fill the vacancies in government departments which is organized by the daughter of late YS Rajashekara Reddy- YS Sharmila Reddy. 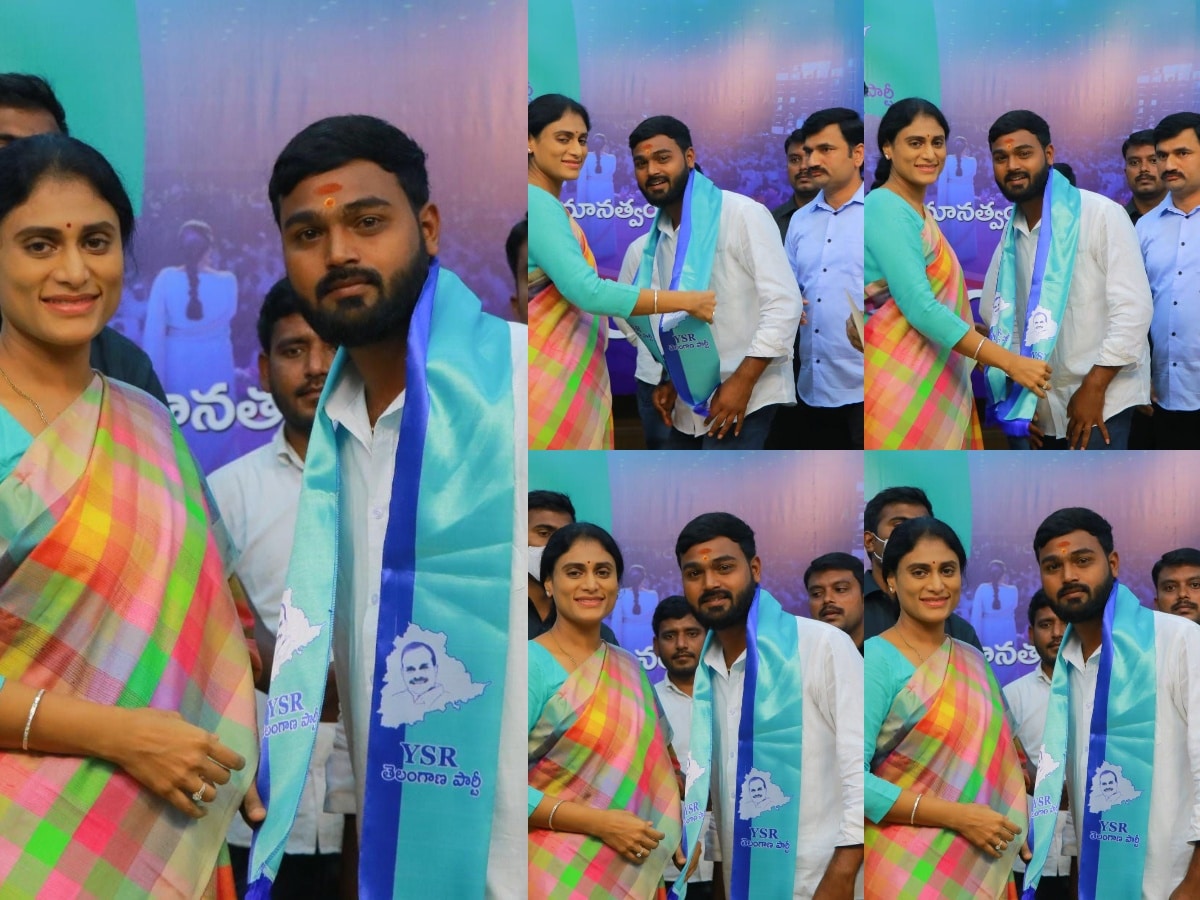 Ummanagari Anand is an honor to meet an Indian politician Yeduguri Sandinti Sharmila.. 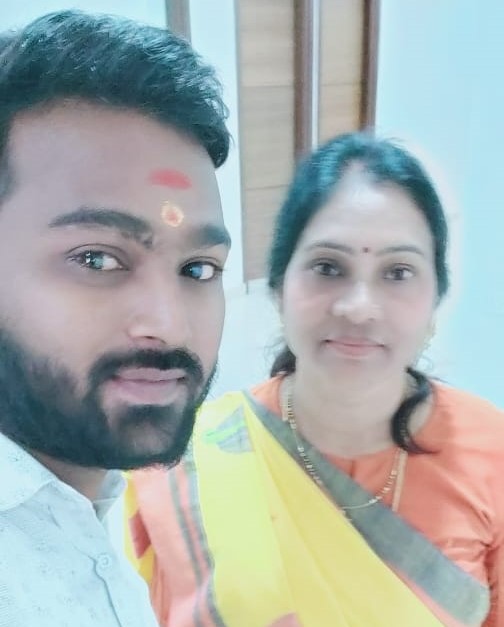 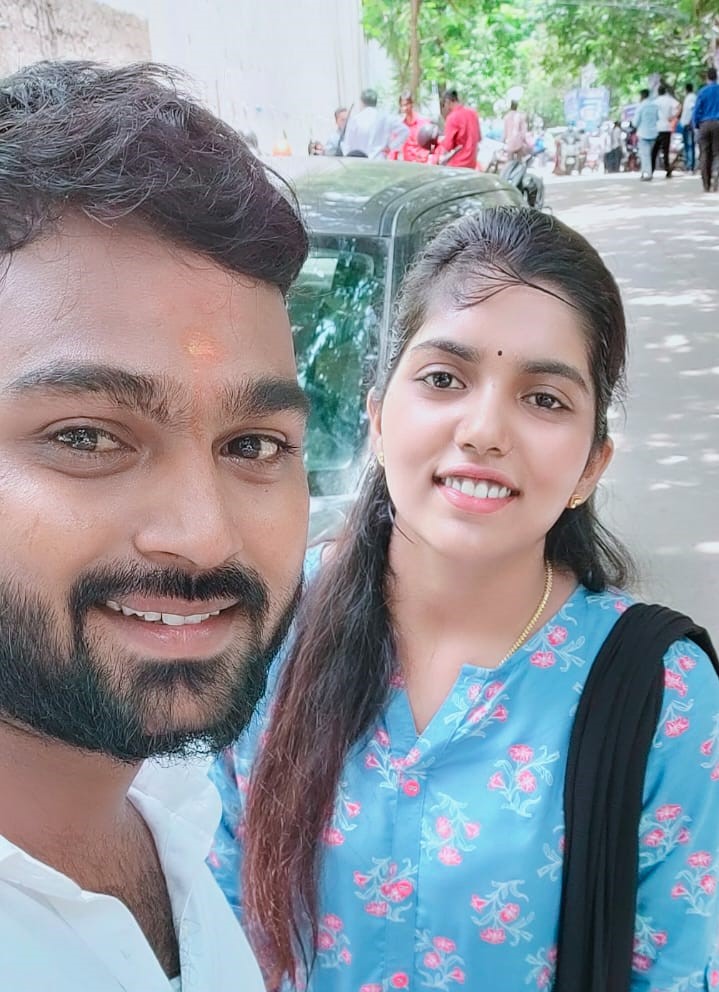 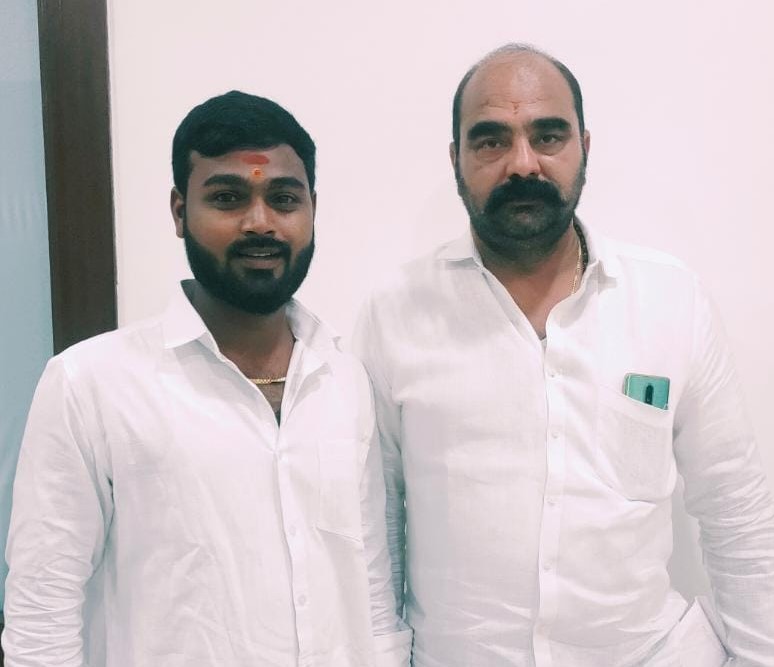 with an Indian politician Shilpa 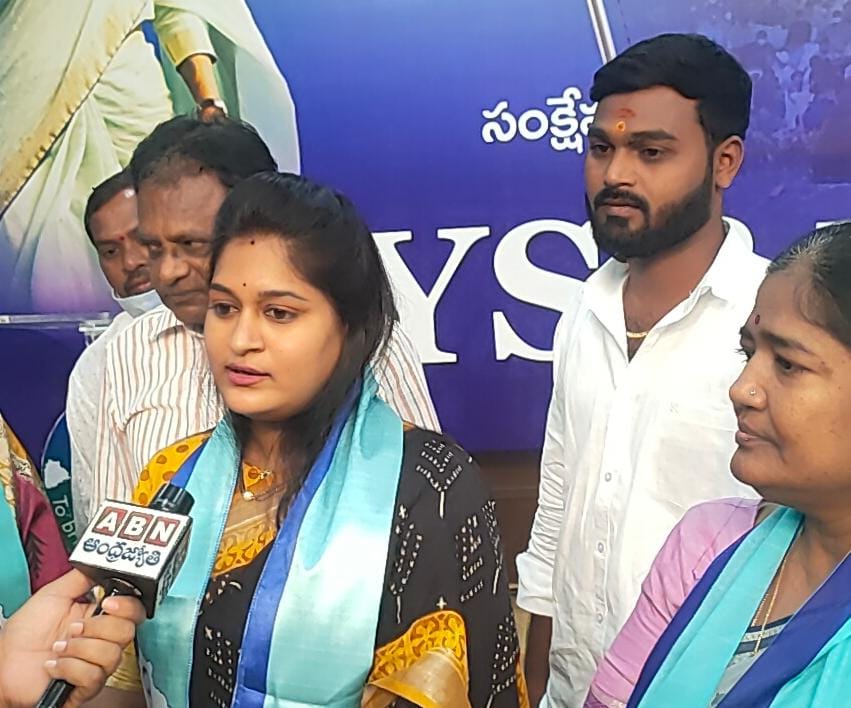 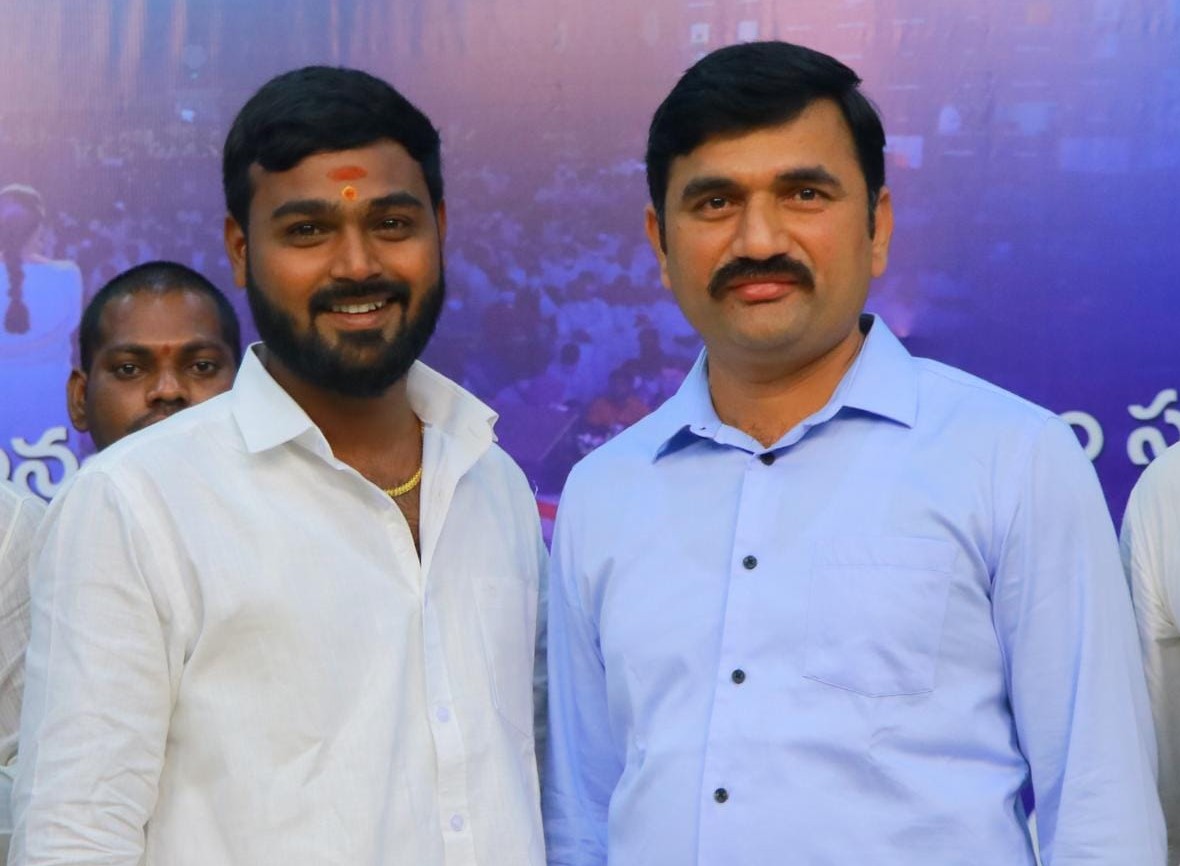 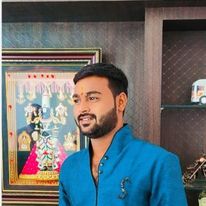 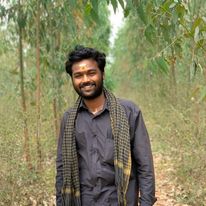 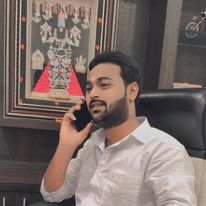 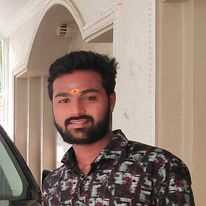 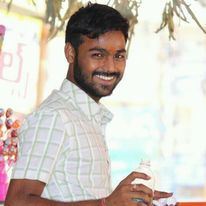 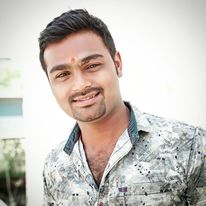 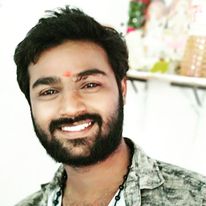 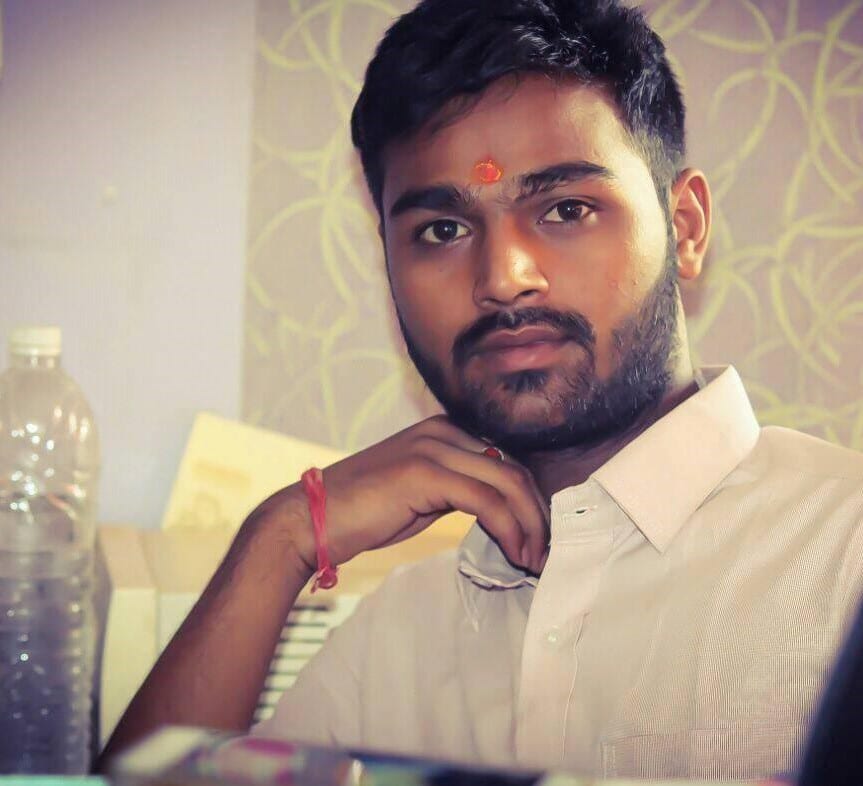 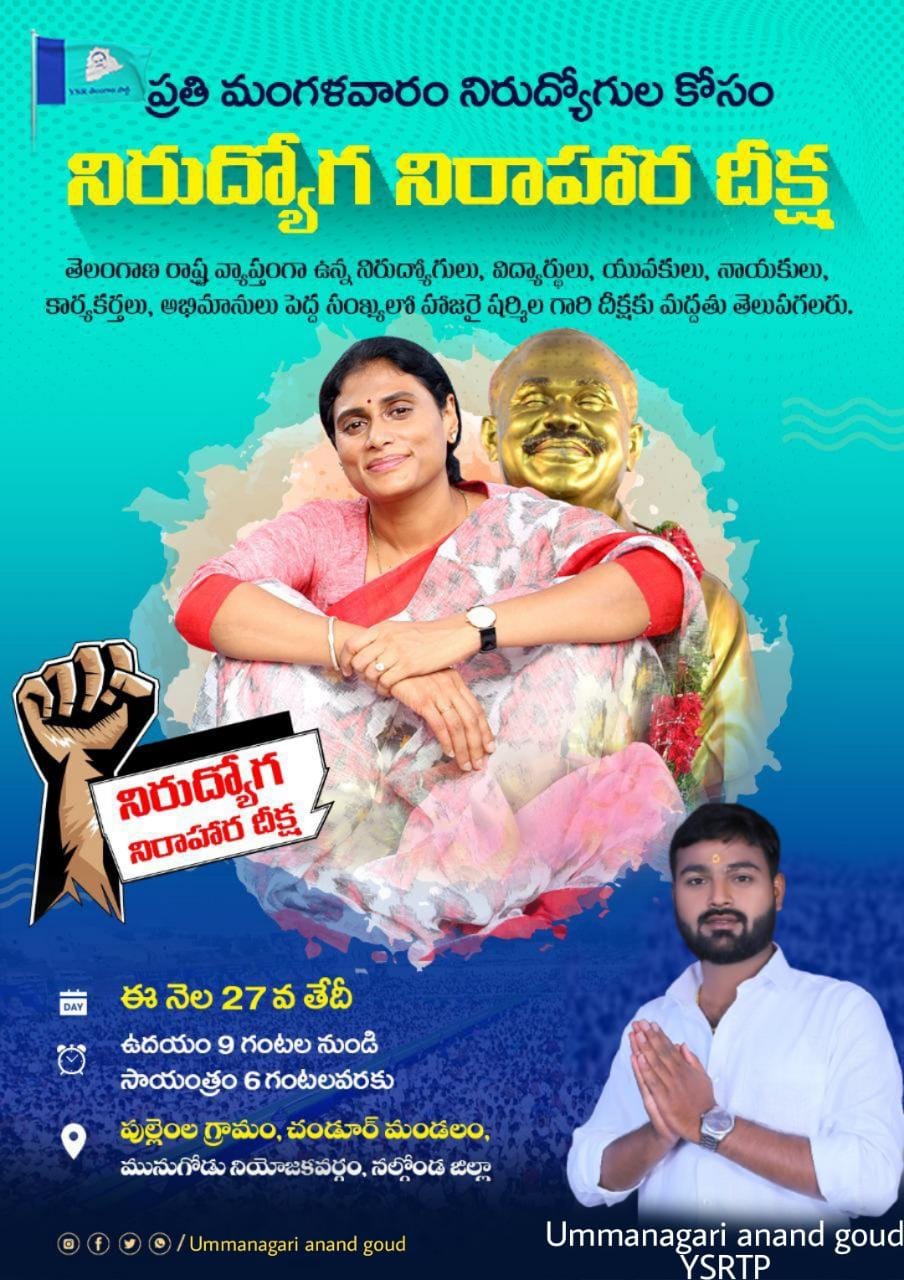 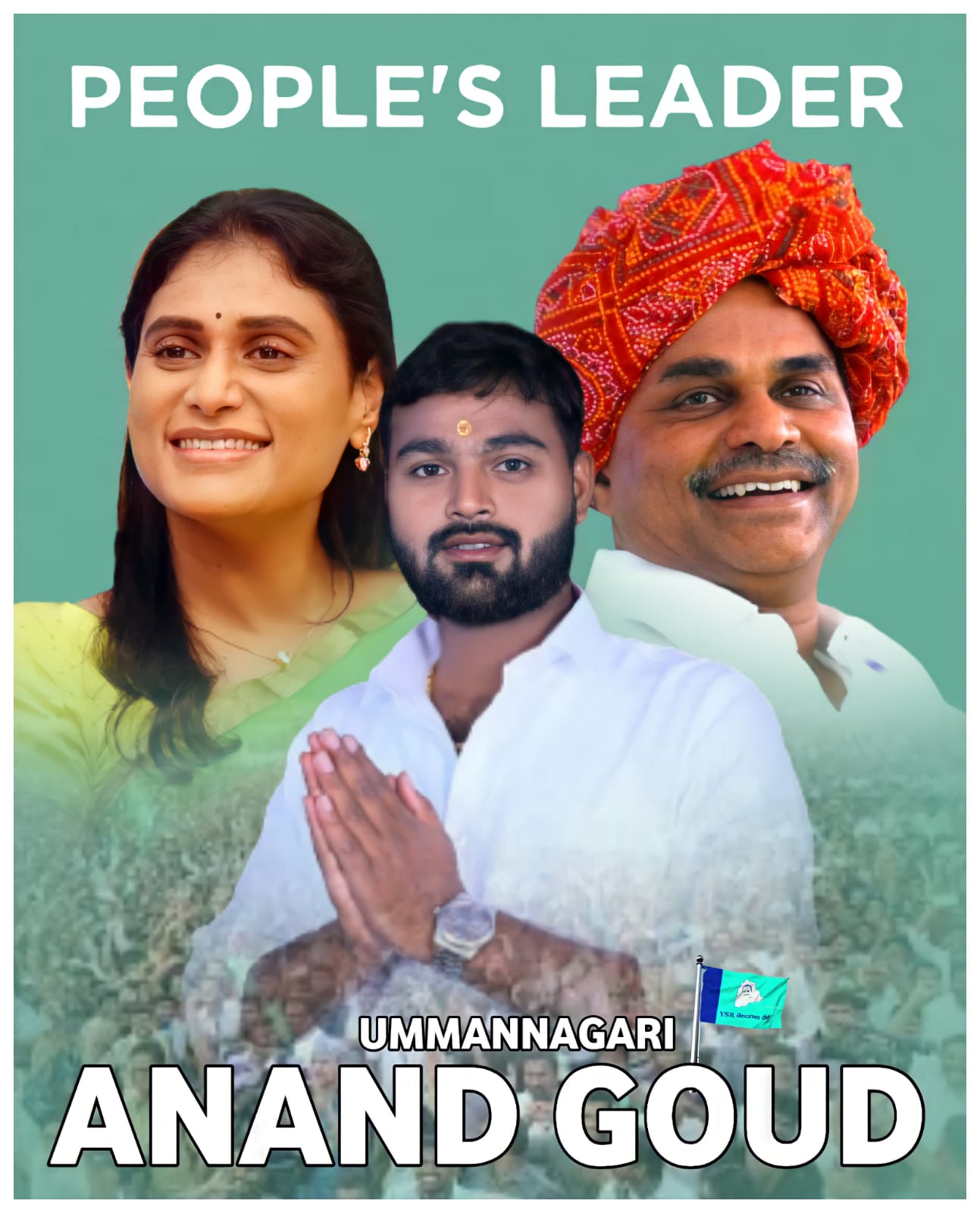