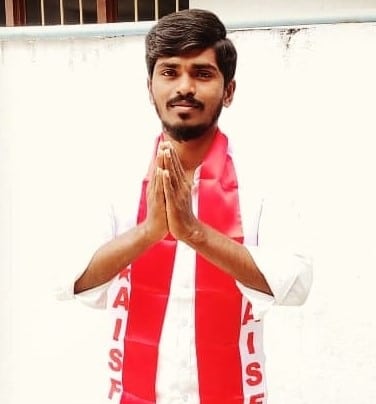 Thummala Lavakumar Goud is the AISF District Vice President of Kadapa, Andhra Pradesh. He was born on 06-07-1998 in Kuppam, Rayachoti. His parents were Venkateshwarlu and Venkataratnamma.

In 2016, Lavakumar studied SSC at Govt high school, located at Veeraballi. In 2018, He earned his Intermediate from Govt junior college, Rayachoti. In 2021, Lavakumar completed his Graduation(Degree) from SDHR degree college.

In 2021, He took charge as District Vice President of Kadapa from the AISF.

Lavakumar’s struggle for justice of the students:

-Lavakumar contributed during the covid crisis also. He provided essential commodities, Masks, Vegetables to the village and poor people.

-During the Pandemic Period, he distributed fruits, food packets, and water bottles to the road siders who can’t afford to eat during the pandemic.

-He created awareness on the maintenance of Physical distance and following precautionary measures to prevent the epidemic in Corona.

-He distributed food and rice bags to the migrants arranged buses to go to their villages and also contributed to them financially.

-Lavakumar distributed vegetables and fruits to the village people and needy people in the covid-19 lockdown period.

-Provided a packet of rice, pulihora, water packets, Masks, Sanitizers in the lockdown time to the poor and the elderly who live near the parks on the road cannot find anything to eat.

-Lavakumar would bring oxygen cylinders to the areas where covid victims were being treated. 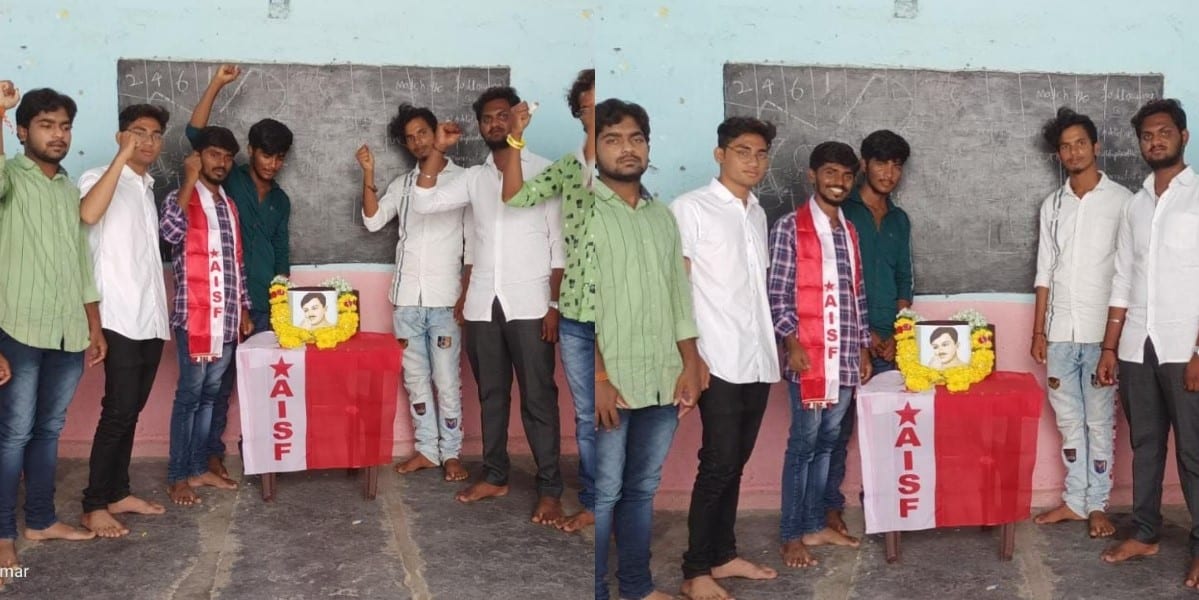 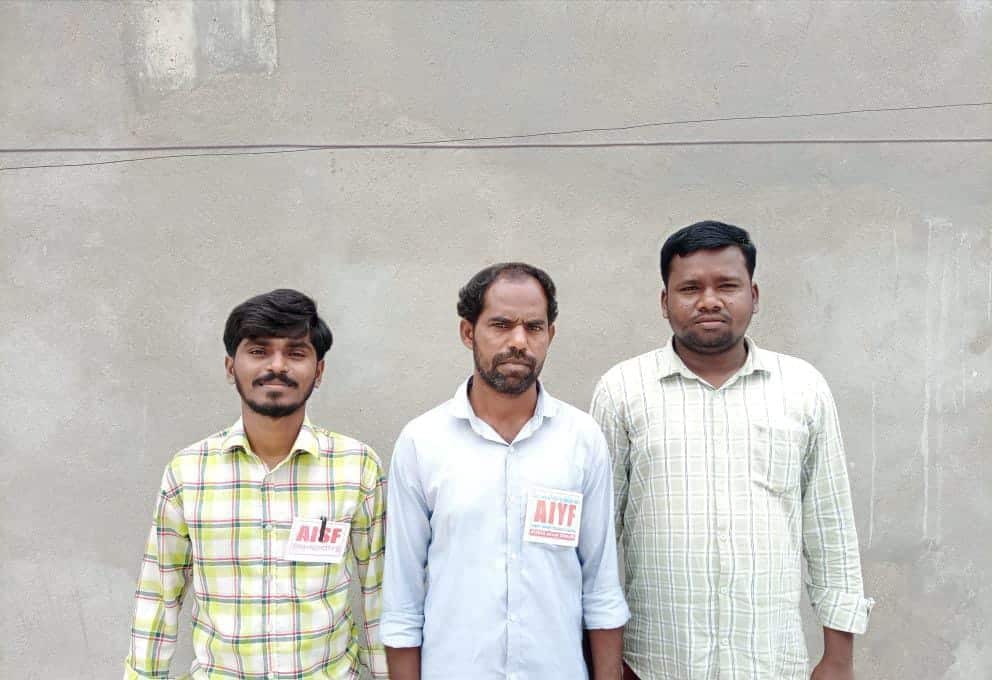 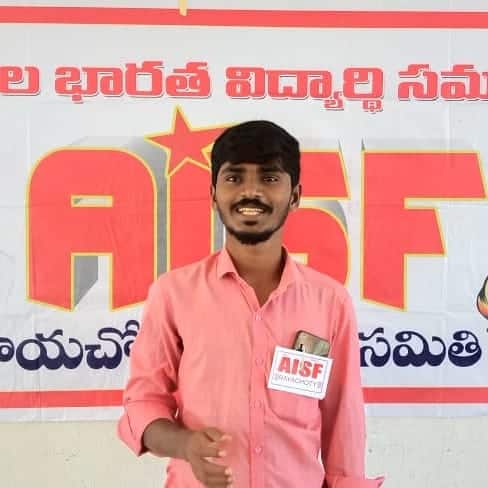 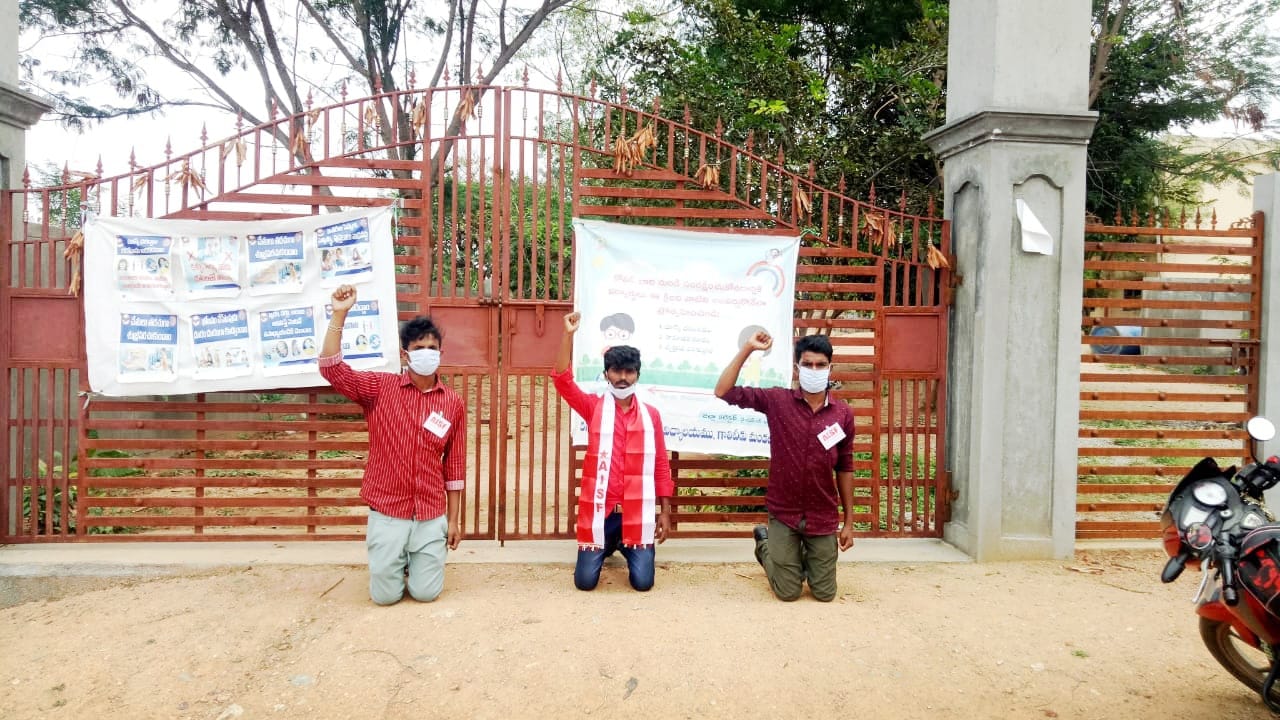 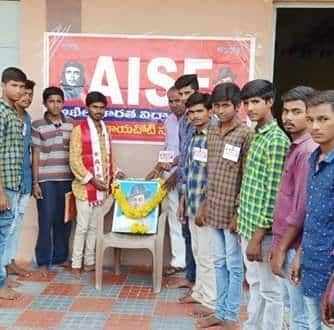 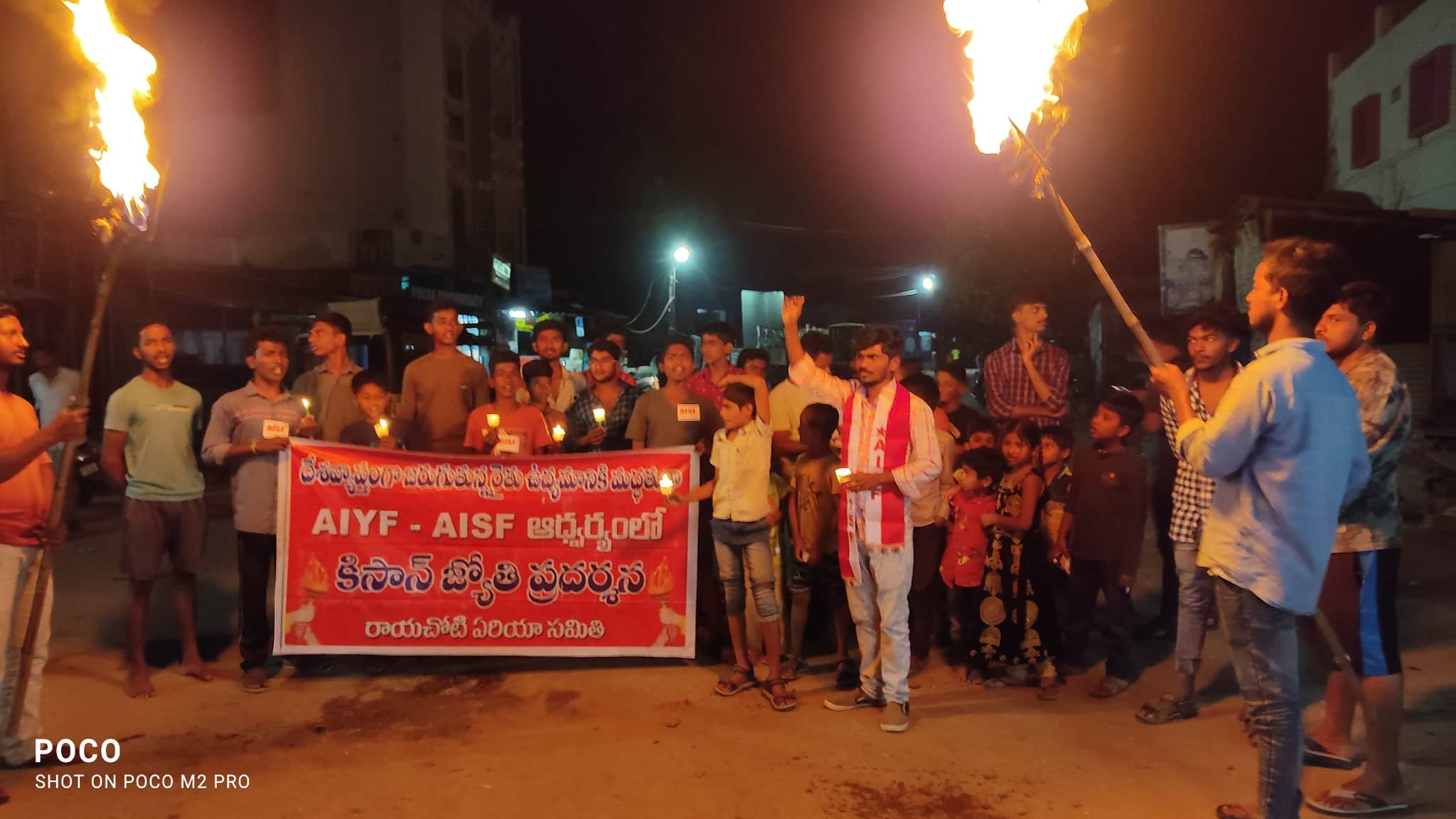 Lavakumar’s struggle for justice of the students 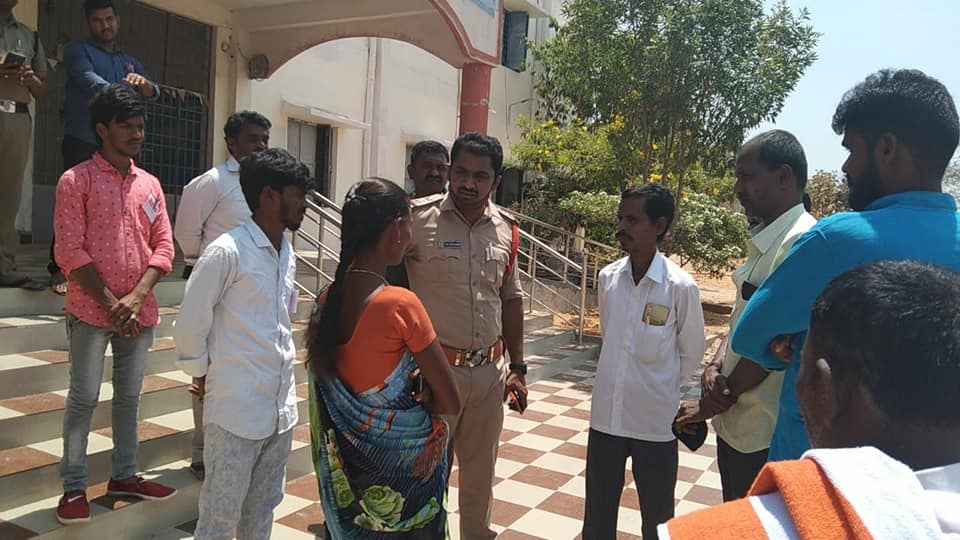 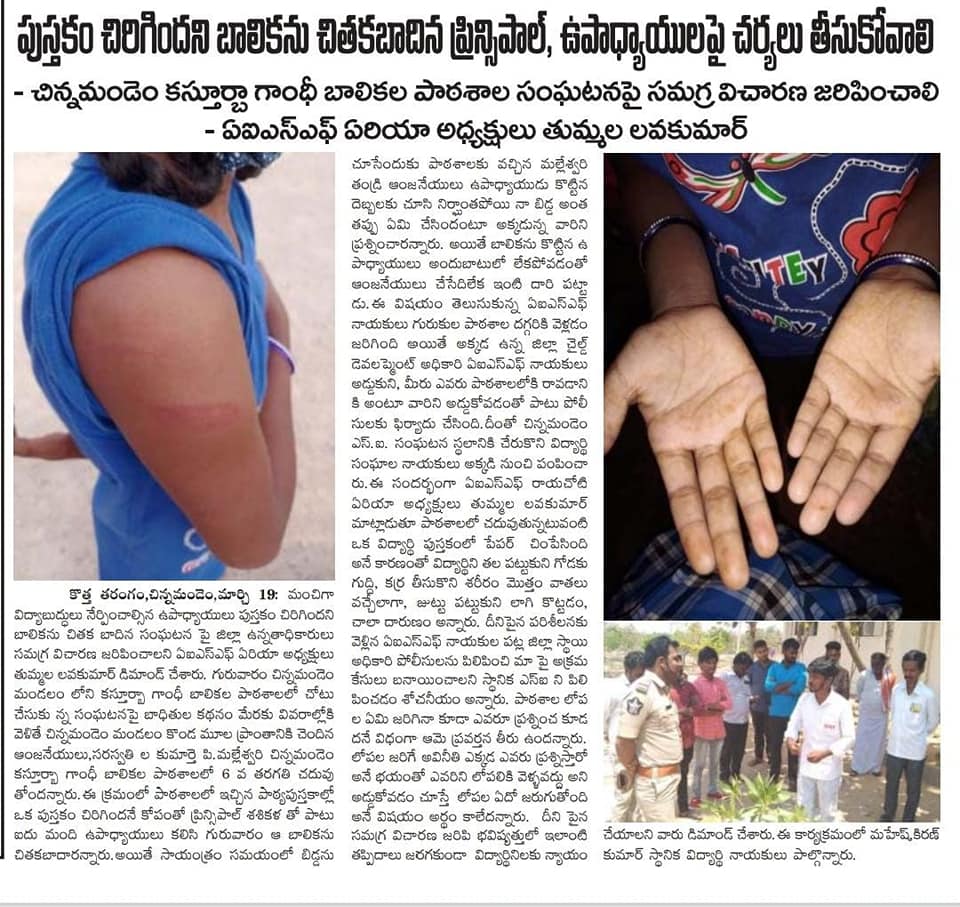 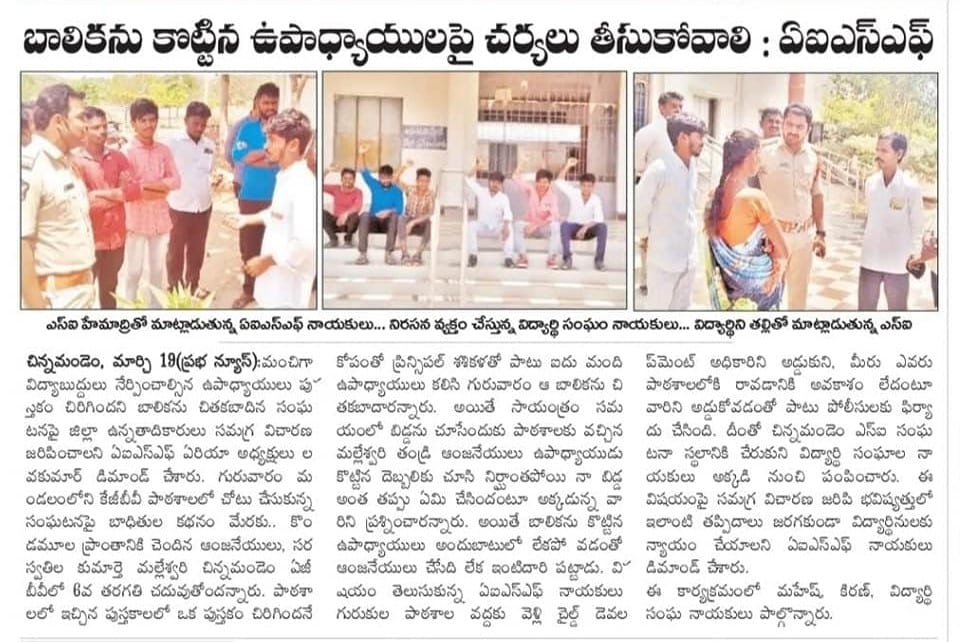 Lavakumar and AISF members took part in the house campaign 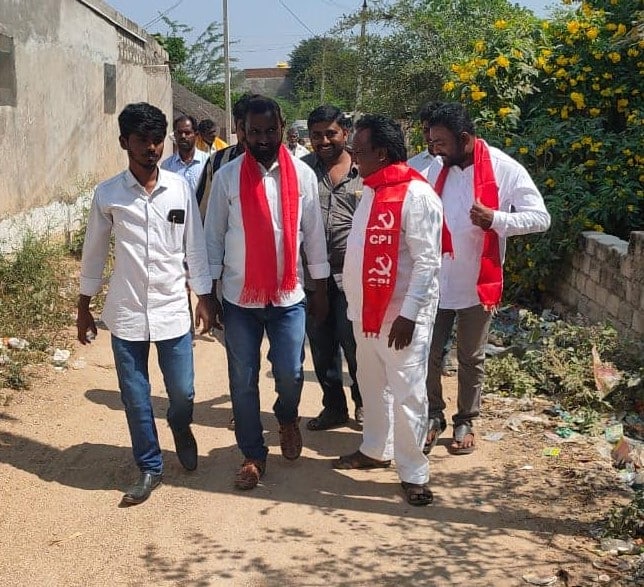 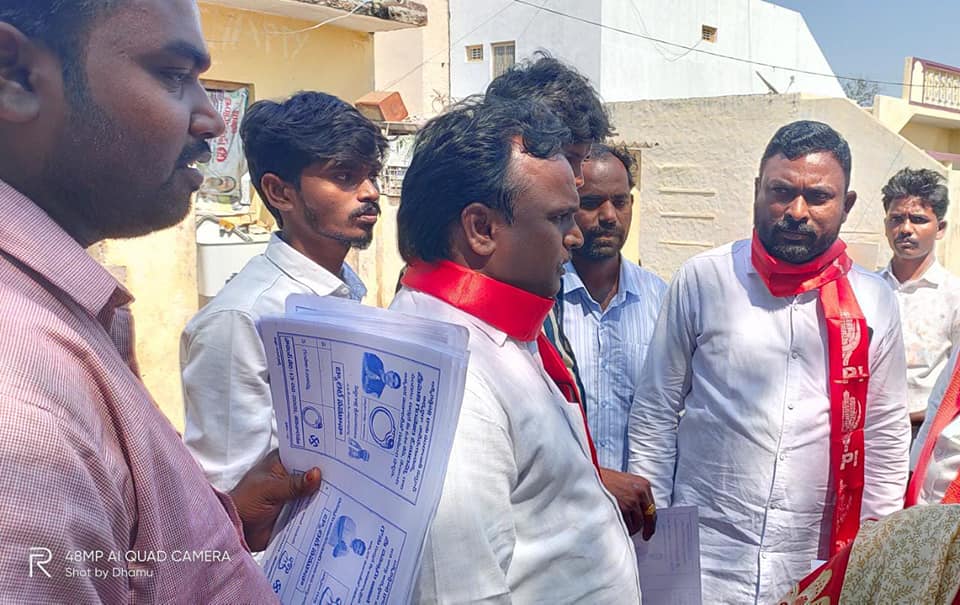 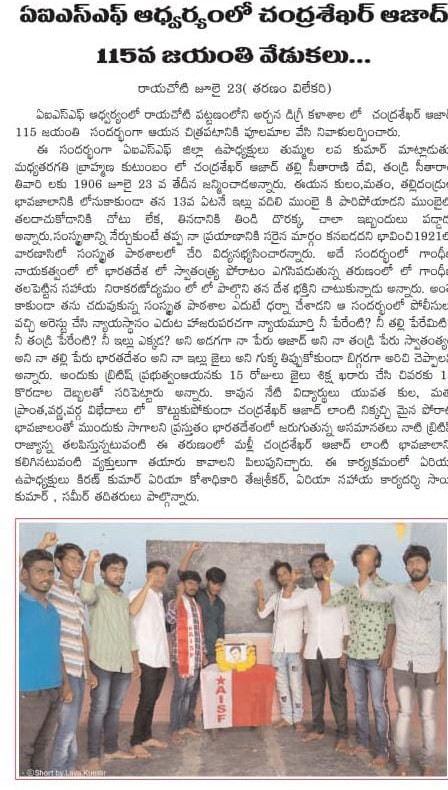 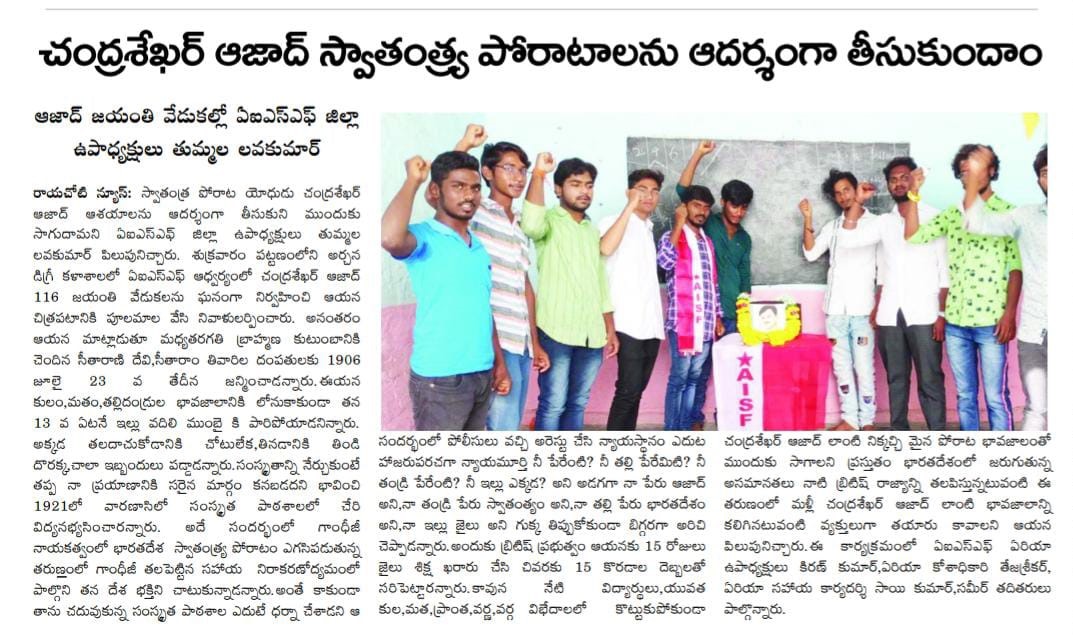 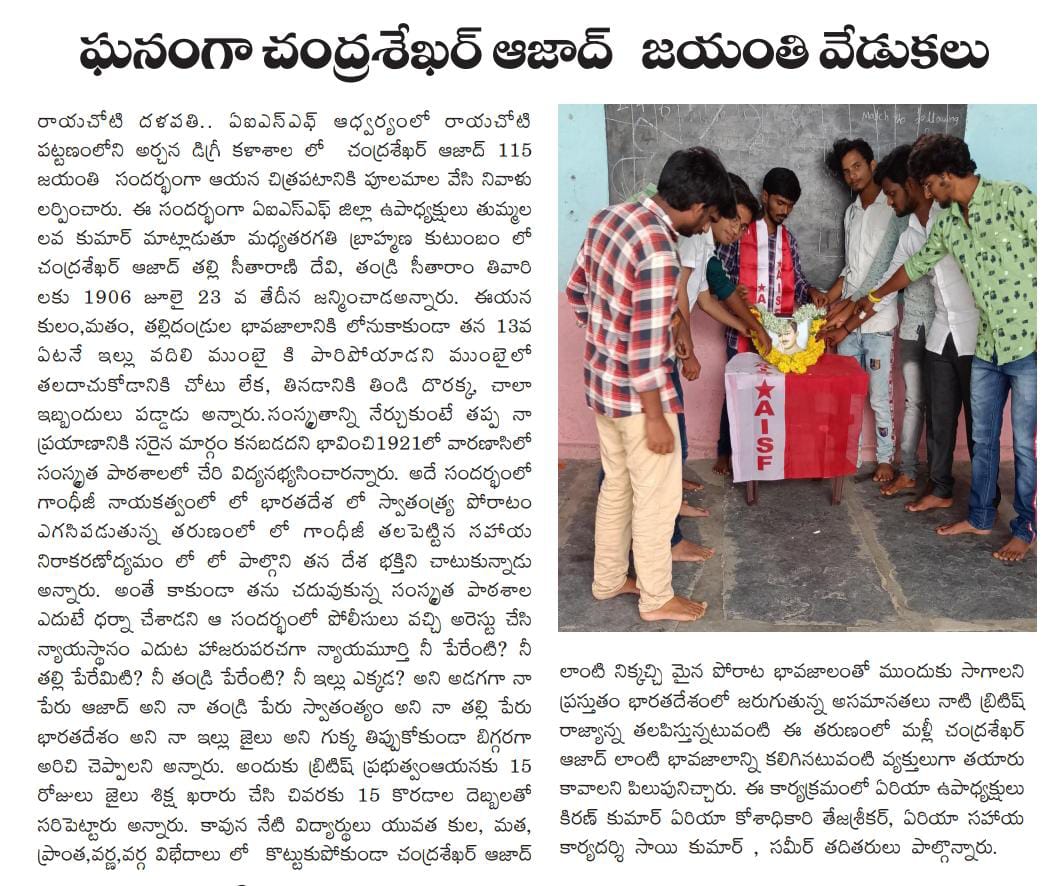 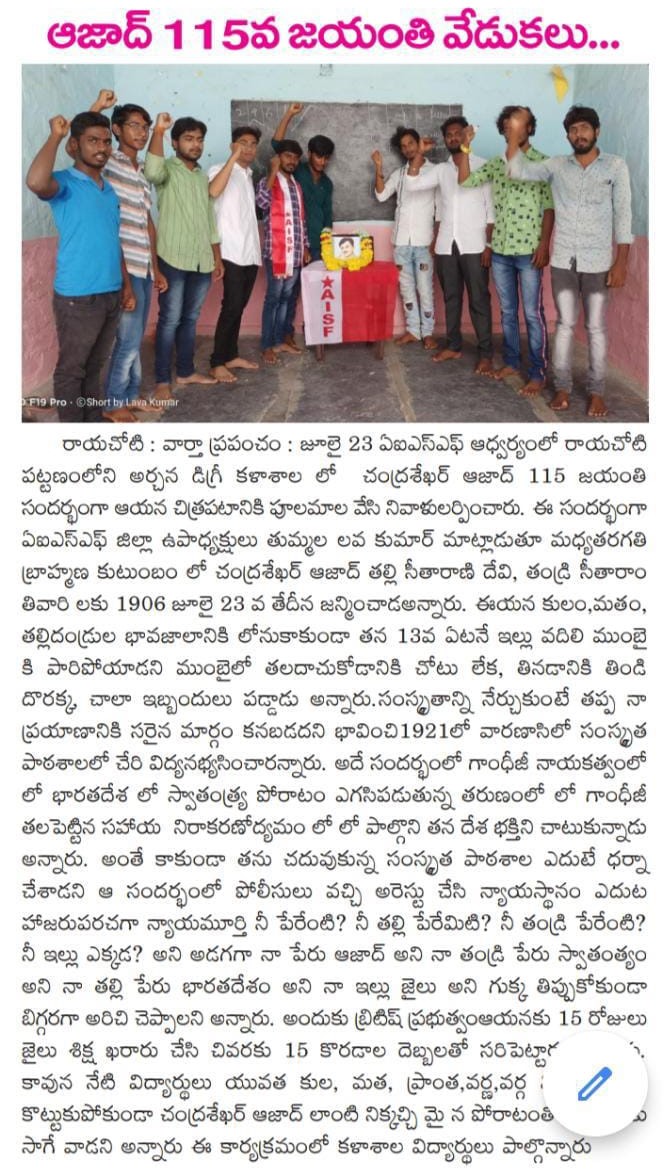 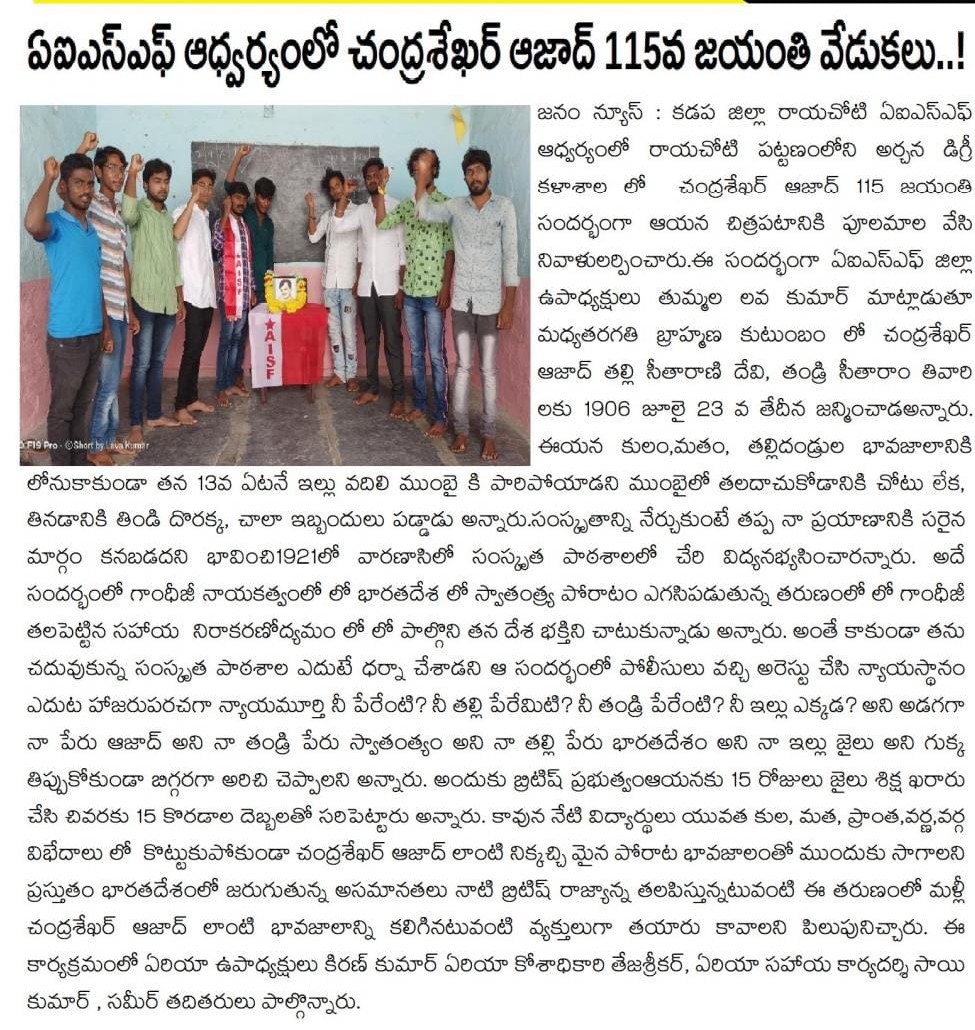 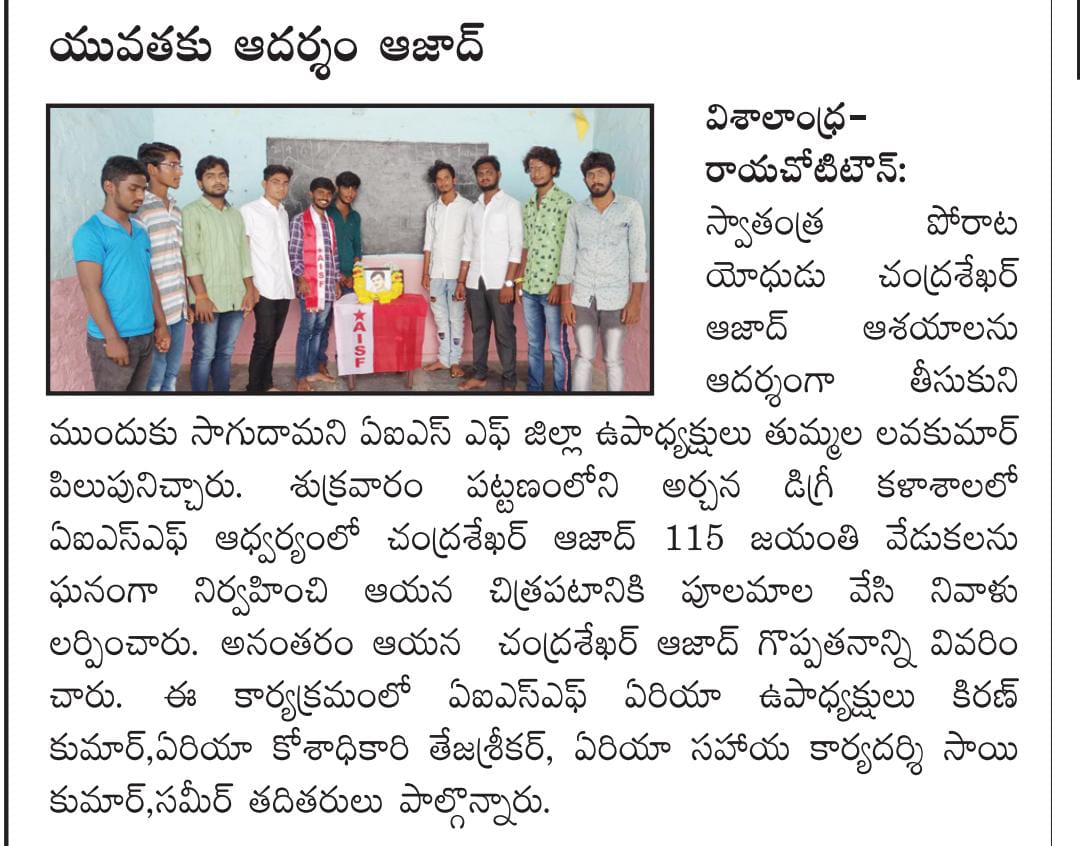 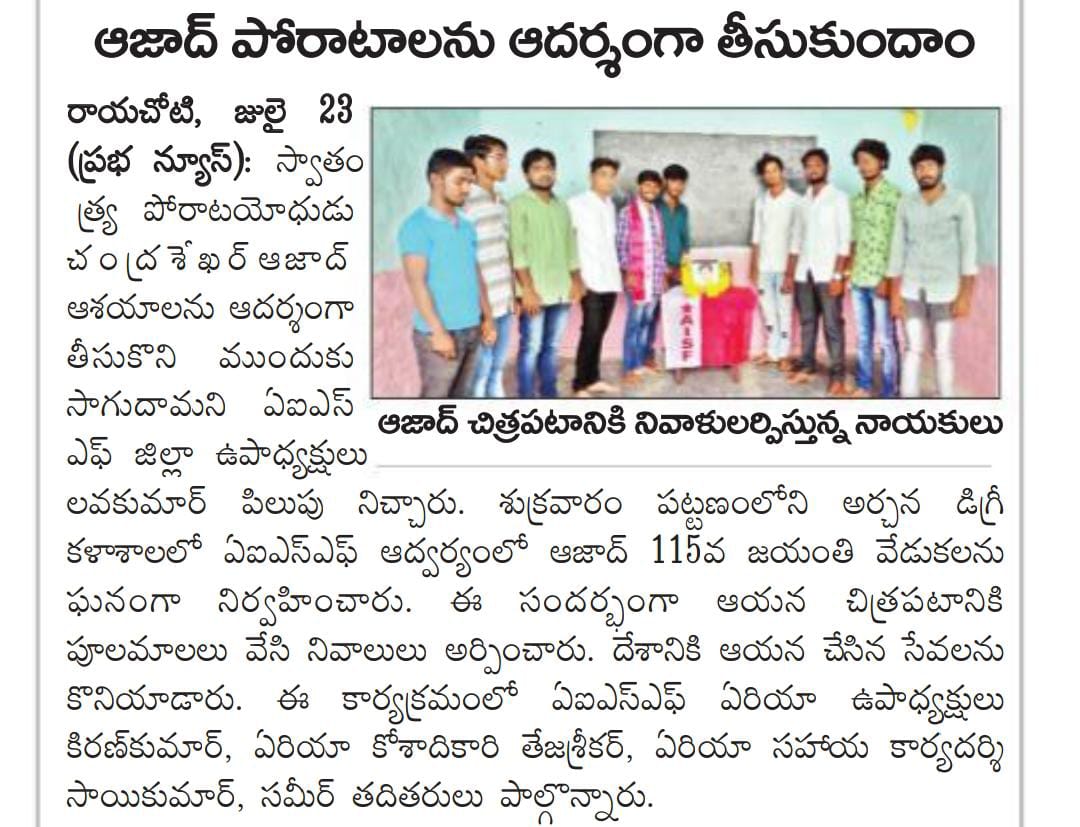 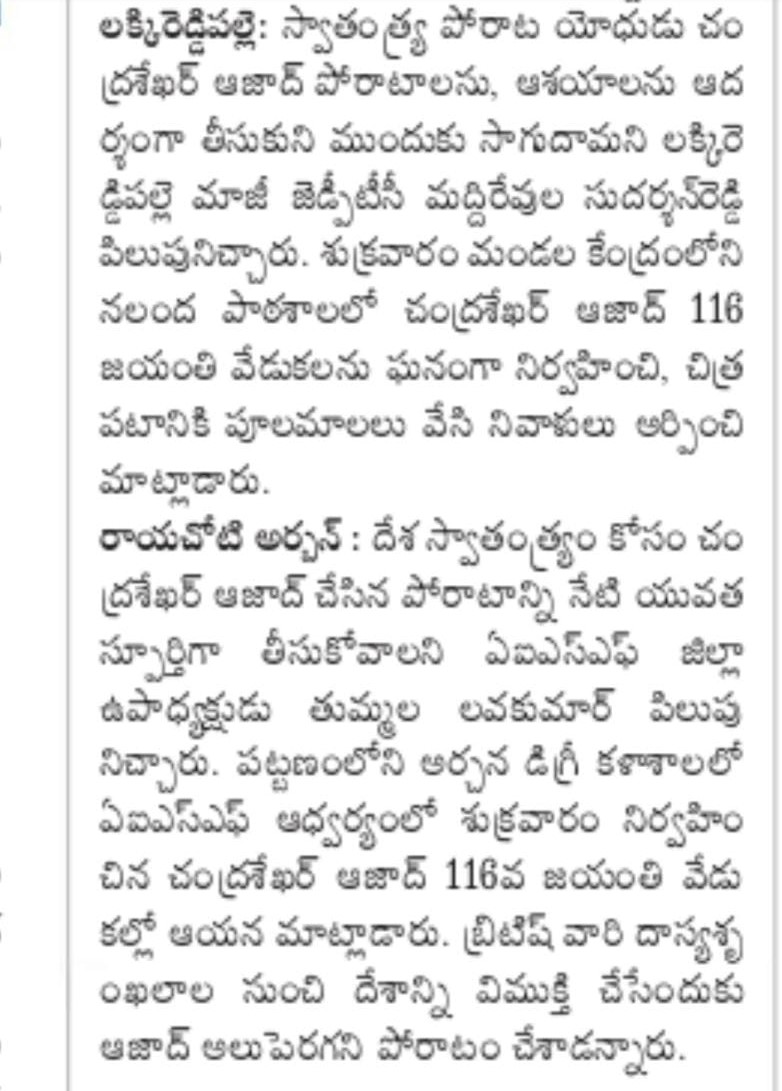 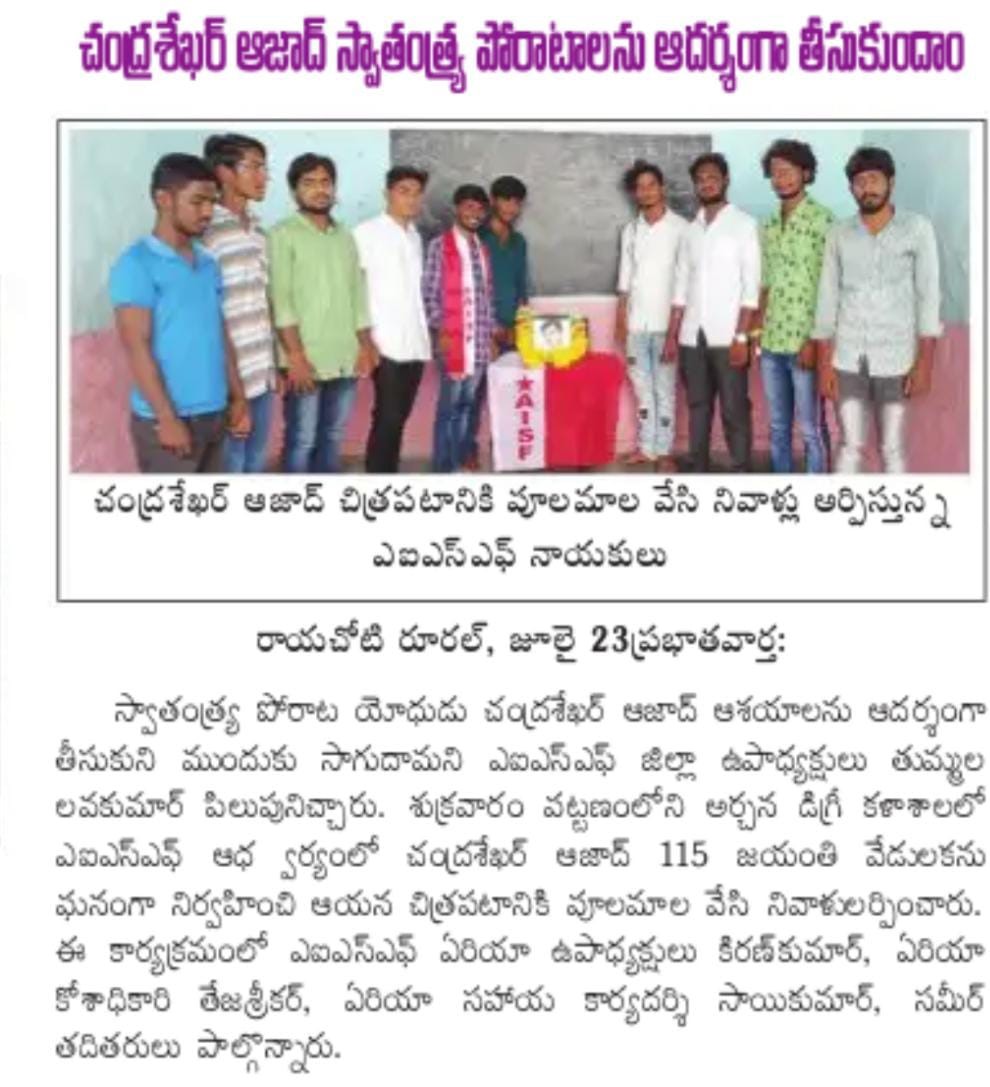 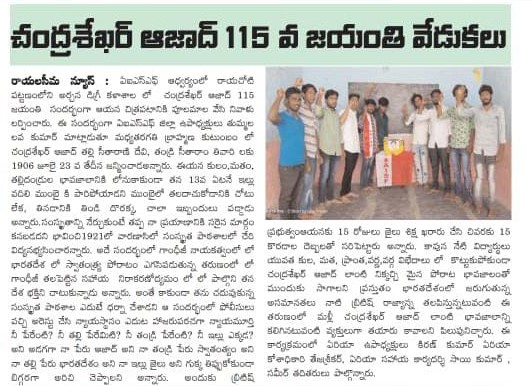 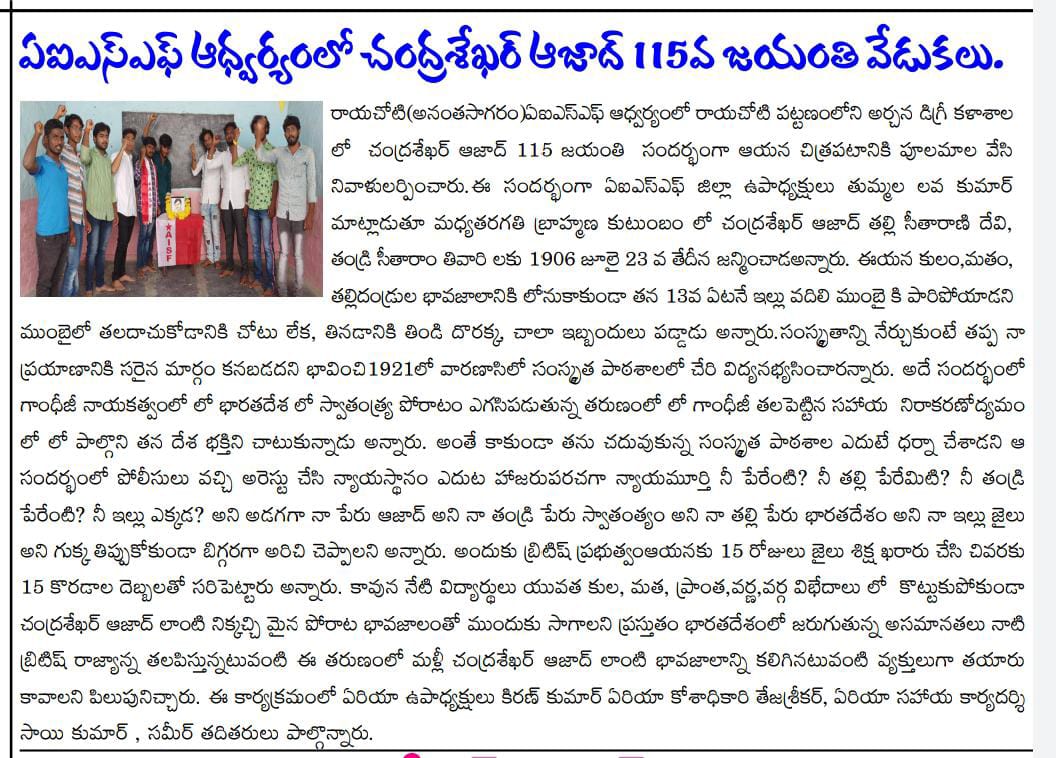 of Rayachoti from the AISF

of Kadapa from the AISF