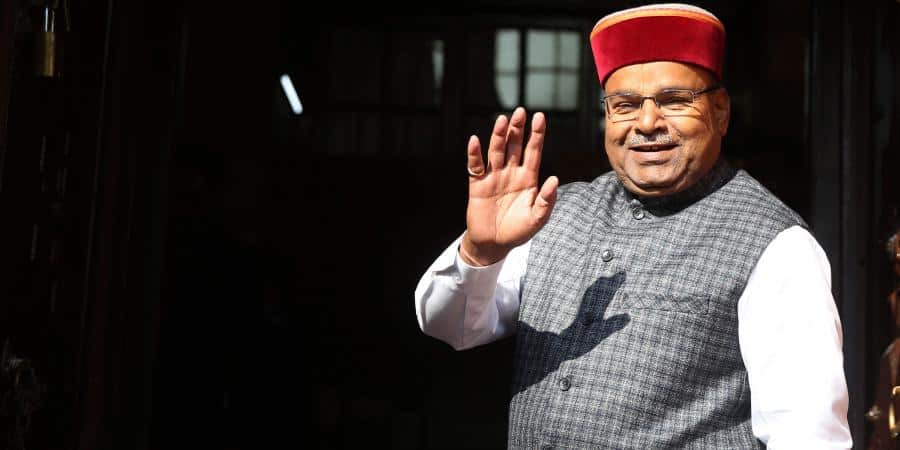 Thawar Chand Gehlot was the Minister of Social Justice & Empowerment and Leader of the House, MP, Rajya Sabha from BJP, Madhya Pradesh. He was born on 18th-May-1948 to Ramlalji Gehlot to Suman Bai in Rupeta(Nagda) village of Ujjain, Madhya Pradesh.

Dr Thawar Chand Gehlot is an Indian politician who currently serves as the Minister of Social Justice and Empowerment in the Modi ministry. He is the most noticeable face of BJP for the Scheduled Castes. He represents the constituency of Shajapur in Madhya Pradesh. He was born in Rupeta village on May 18, 1948. The village is situated in the Ujjain district of Madhya Pradesh. Gehlot pursued his B.A. Educated at Vikram University, Ujjain, Madhya Pradesh Ujjain. He got married to Anita Gehlot on 1st May 1965 and the couple has a daughter and three sons. Gehlot started his political journey as a student leader.

From 1968-1971, Thawar was detained several times in connection with the workers’ movement and also remained in judicial custody for about 10 months in Bhairavgarh, Distt. Ujjain.

From 1975-1976, Thawar was detained under the Maintenance of Internal Security Act (M.I.S.A. ) in Bhairavgarh, District jail, Ujjain during an Emergency.

In 1982, He was detained in connection with political agitations in Ujjain, Bhopal, and Delhi. Thawar has represented Madhya Pradesh Legislative Assembly in the Bureau of Parliamentary Studies and Training (B.P.S.T.).

In 1990, He was the Member of Committee on Estimates, Member of Labour Advisory Committee, Minister of State, Water Resources, Narmada Valley Development, Panchayat, and Rural Development, Antyodaya Programme and Implementation of 20-Point Programme, Government of Madhya Pradesh till 1992.

In 1996, Gehlot was elected to Member of Parliament Lok Sabha from Shajapur constituency. Later he became a Member of the Committee on the Welfare of Scheduled Castes and Scheduled Tribes. Also, he served as the Member of Committee on Agriculture Member, Consultative Committee for the Ministry of Labour till 1997.

In Aug 2012 he became a Member of the Central Advisory Committee for Building and Other Construction Workers Welfare (BOCW). On 27 May 2014, Thawar became Minister of Social Justice and Empowerment.

Gehlot’s literary interests are prominent in the articles contributed by him for ‘Vidhayani’. ‘Vidhayani’ is a quarterly journal published by the legislative assembly of Madhya Pradesh. Gehlot works for the exploited classes through the organization called ‘Balai Samaj’. 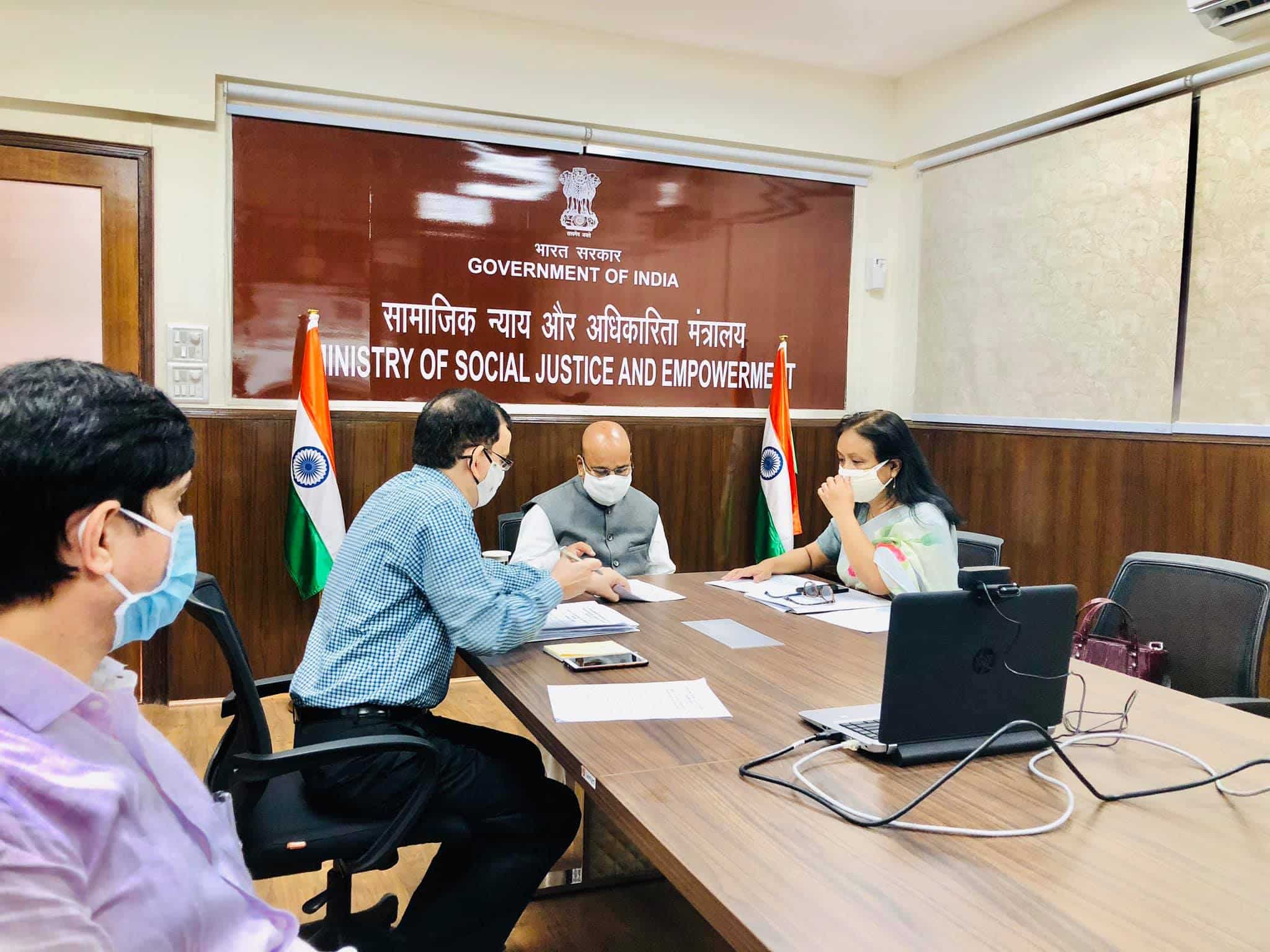 Inaugurated the international conference on the topic of virtual ′′ International Conference on Mental Health: Looking Beyond COVID 19 ′′ through video conferencing.
Pro-Craig Jeffrey, Director, Australia-India Institute co-chaired the conference in the program. 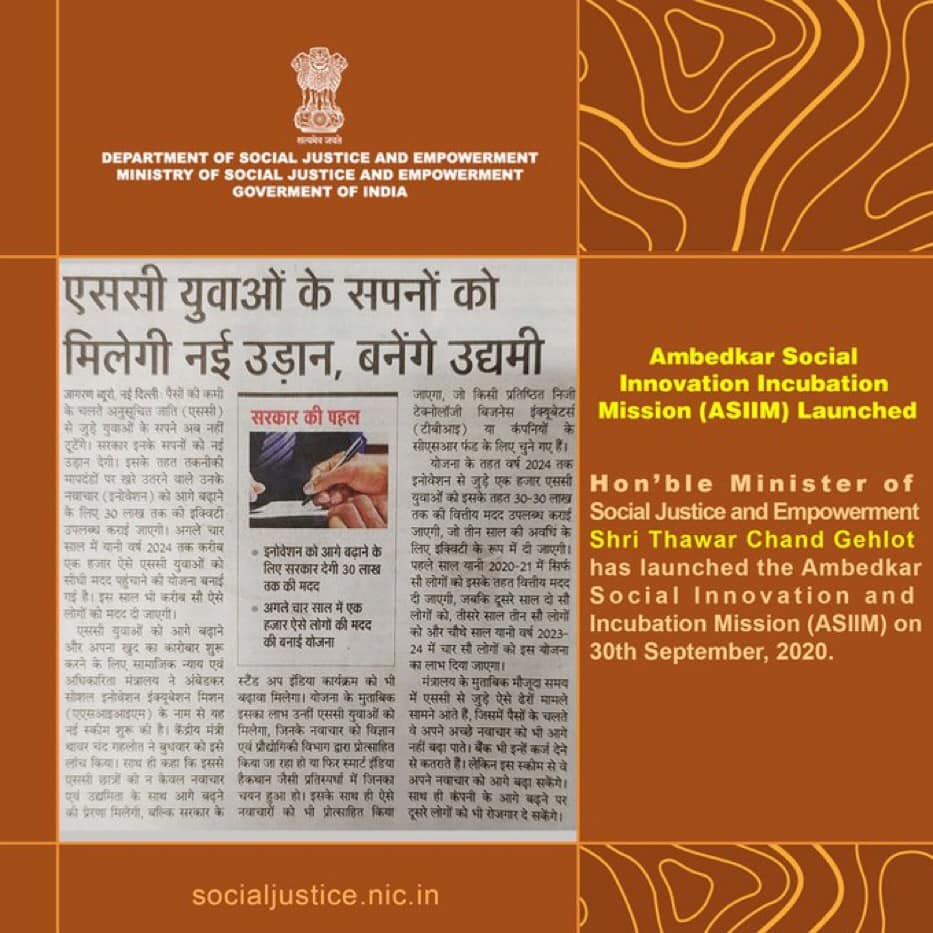 Dreams of SC youth will get a new flight, will become entrepreneurs. 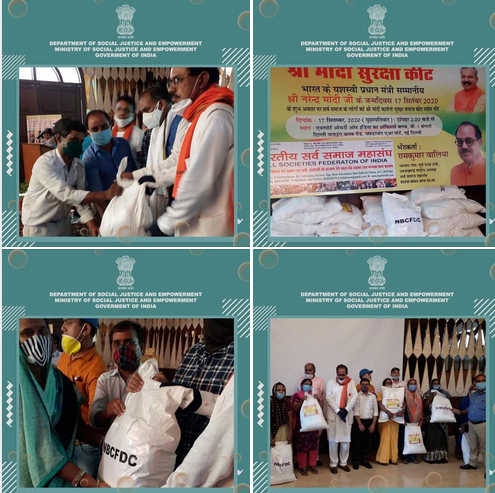 Launched Ambedkar Social Innovation and Incubation Mission (ASIIM) through the virtual medium under Venture Capital Fund for Scheduled Castes.
ASIIM will support 1000 start-ups of the youth of Scheduled Castes in the next 4 years. 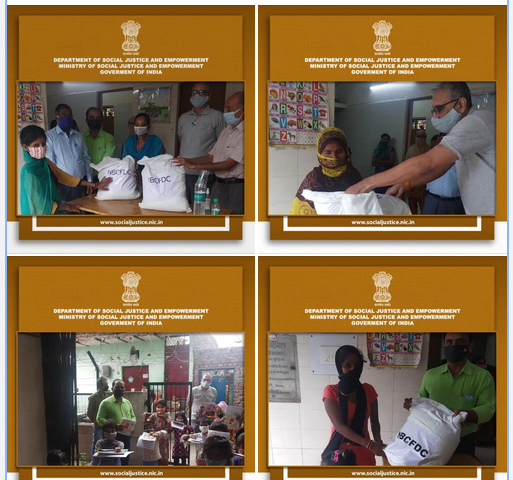 Mother of India. NBCFDC distributed ration kits to the families of poor children affected by the corona pandemic on 26.09.2020 by the Ministry of Social Justice and Empowerment under the leadership of Prime Minister Shri Narendra Modi ji at Basti Development Center, Dhobighat, Kalyan Puri Delhi 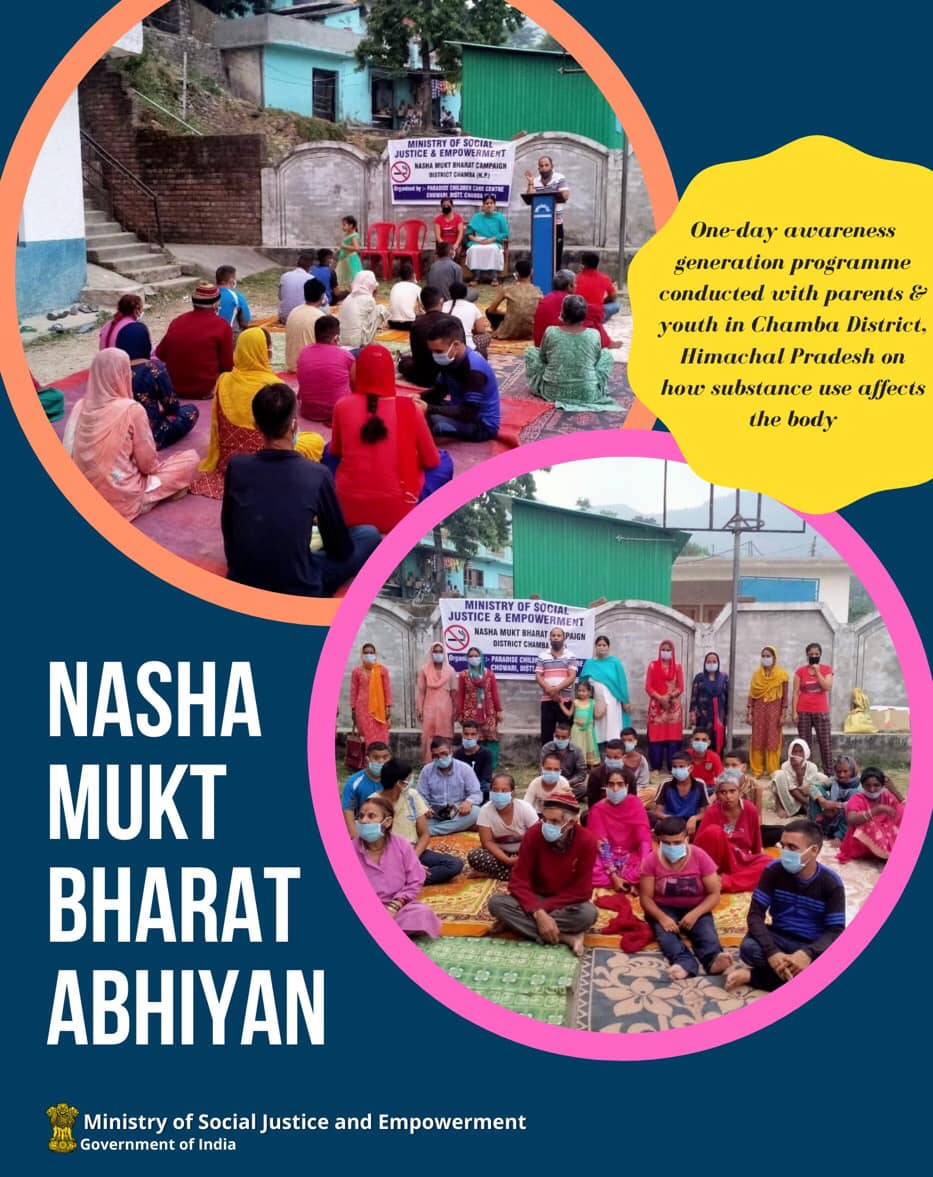 A one-day awareness session was conducted with parents, youth & children on substanceuse and its effects on the body in Chamba district. 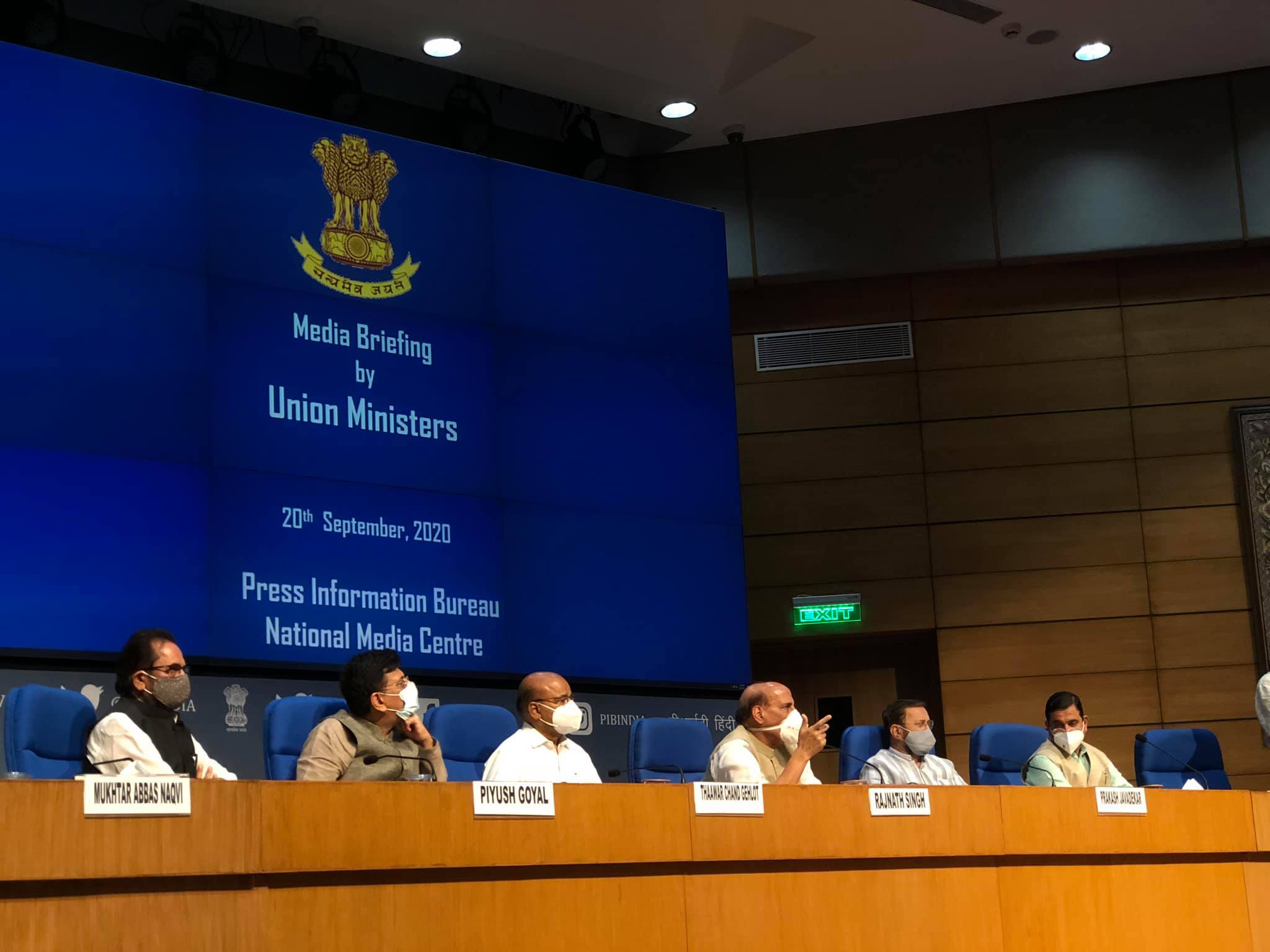 The whole country has seen the misbehave with the deputy chairman of the Rajya Sabha.
Anyone who believes in parliamentary traditions will be hurt by this type of incident today: Mr. Rajnath Singh 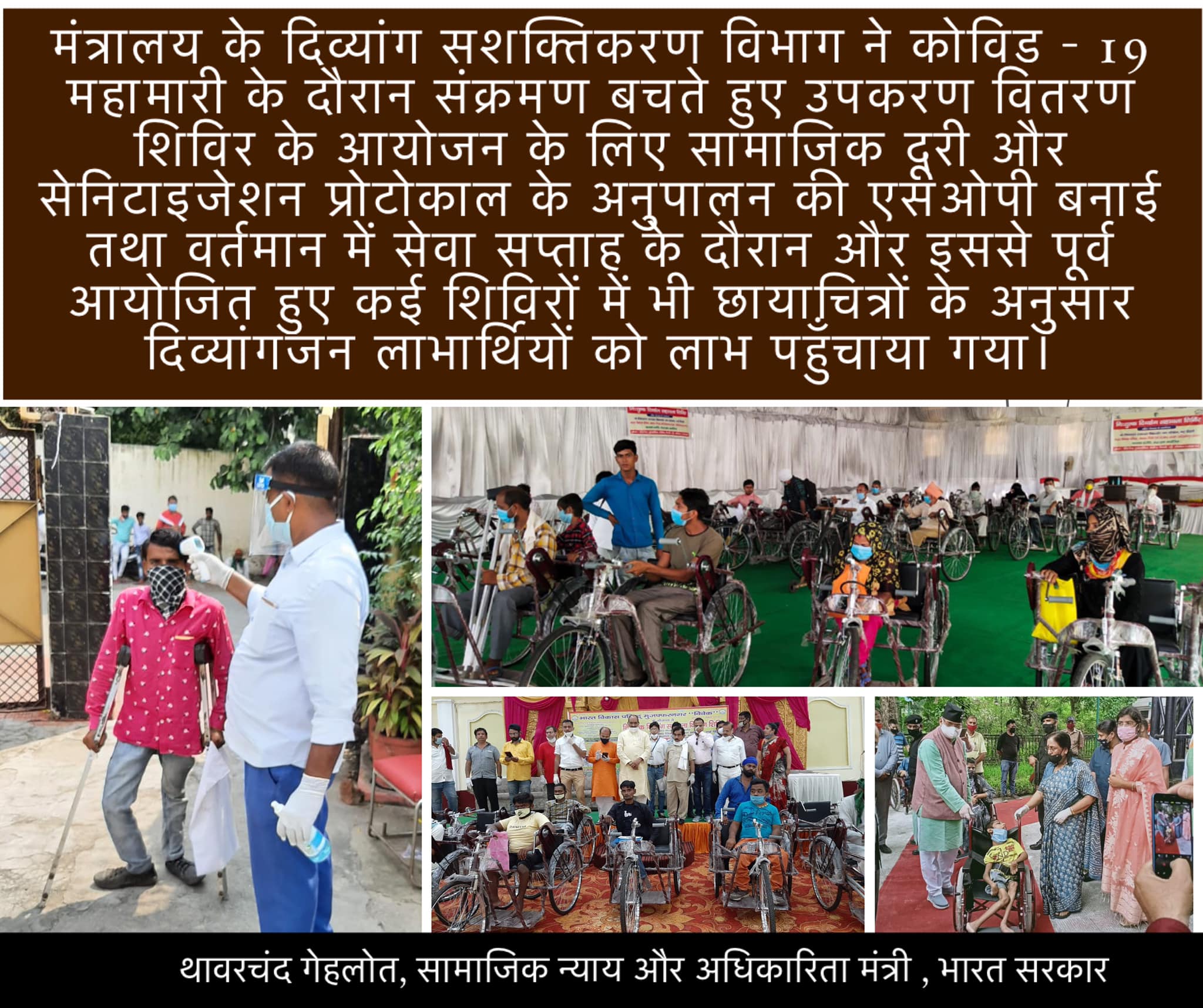 Modi government is determined to provide every help to the needy with the basic mantra of everyone’s support, development of everyone, and trust.
Currently, during ′′ Seva Week ′′ and in many distribution camps that were held across the country, the beneficiaries were also benefited as per the photographs
}
18th-May-1948

from the Shajapur seat.

Minister of Social Justice and Empowerment

Leader of the House, Rajya Sabha