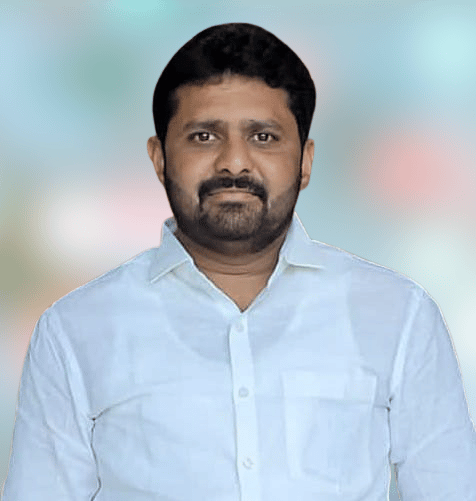 Thambela Venugopal Reddy is an Indian Politician and State Youth Joint Secretary of Andhra Pradesh from the Political Party YSRCP.

On the 01st of June 1981, Venugopal Reddy was born to the couple Mr. Thambela Ram Reddy and Mrs. Thambela Ammannamma in the village of Mandaram in Rajampet Mandal of Kadapa District in the Indian State of Telangana.

Venugopal Reddy completed his Secondary Board of Education in 1996 from Zilla Parishad High School located at Nallapureddipalli in Kadapa District.

He completed his Intermediate course in 1998 from Government Junior College at Rajampet Mandal in Kadapa, Telangana, and attained his Graduation of Degree in 2001 at S.V Degree College placed at Kadapa in Andhra Pradesh.

On the continuation of his education, In the year 1996, Venugopal Reddy was drawn into politics through the Indian National Congress (INC) Party which was founded by the Dadabhai Naroji and headed by Sonia Gandhi, with the purpose of addressing the people’s political requirements while also presenting a modest service.

Venugopal Reddy has been representing the INC and contributing to the development of society since the day he joined the party, by executing out his tasks effectively and adhering to the party’s policies and guidelines.

For his work humility towards the growth and the welfare of the people, in the year 2001, he was appointed as the District Youth Congress Vice President of Kadapa from INC by providing services to the people by satisfing the requirements of everyone who appealed to him for assistance.

He upholds the trust that the people have placed in him and maintains his service, concentrating on the welfare of the people at the moment as a Village Sarpanch of Mandaram from INC in 2006 with a majority of 250 votes against the opposition party candidate and dealing with the activities that will encourage Party to advance.

In 2006, Venugopal was appointed as the Taekwondo District President of Kadapa and has been serving the people with the assigned position to people by satisfying their necessities of them.

After being served in the respective party, Venugopal switched to the Yuvajana Sramika Rythu Congress Party(YSRCP), in 2010 as he was highly inspired by the party founder and the Andhra Pradesh State Chief Minister Y.S. Jagan Mohan Reddy’s sense of service with the passion of serving the people.

After receiving the authority and performing every activity as his responsibility for the welfare of the people, Venugopal was designated as the State Youth Joint Secretary of Andhra Pradesh in 2013 by executing his responsibilities in accordance with a code of conduct and also for the benefit of the recognition till today.

In addition to his Primary responsibilities, Venugopal was an Eminent Follower of Mallikarjuna Reddy and under his auspicious Venugopal has performed many developmental activities.

FAMILY PARTICIPATION IN THE POLITICS:

Venugopal Reddy has been accustomed to leadership qualities since childhood as his ancestors worked in politics. As he has a respectable level in politics, Venugopal Reddy’s family has been ideal for him to provide continuous services to the people.

Venugopal’s Father Thambela Ramreddy has been elected by the people like the Village Sarpanch of Mandaram in Rajampet Mandal in Kadapa District from INC in the year 2001 to serve the people in his own way.

During the time period of elections in 2021, Thambela Maruthi wife of Thambela Venugopal Reddy has elected as the MPTC for Rajampet in Kadapa District from YSRCP to support his family and serve the people through the Political party.

Services rendered during the covid-19 Pandemic: 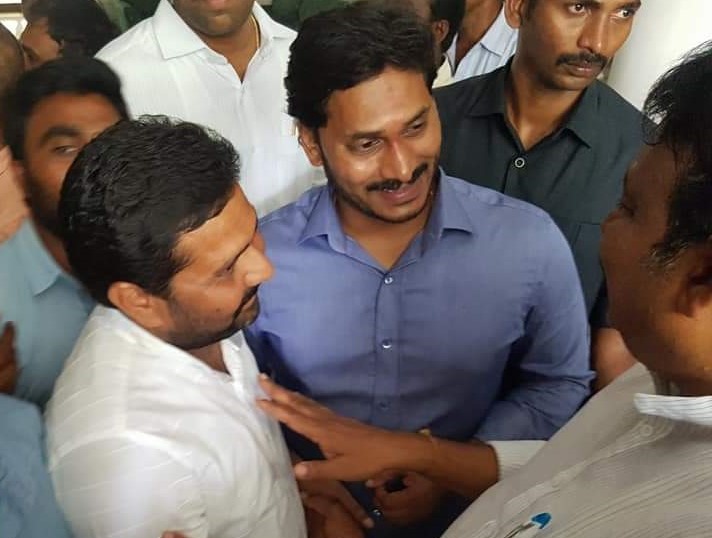 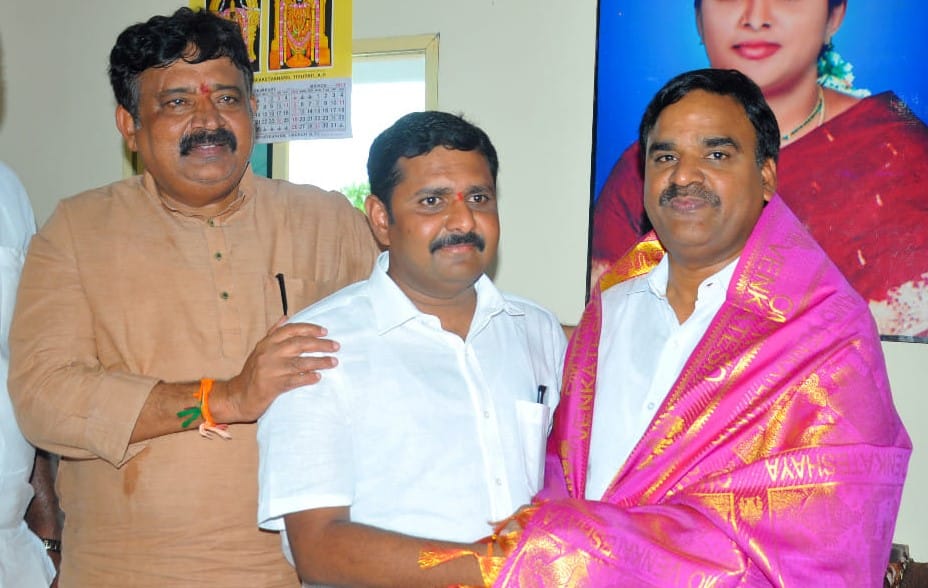 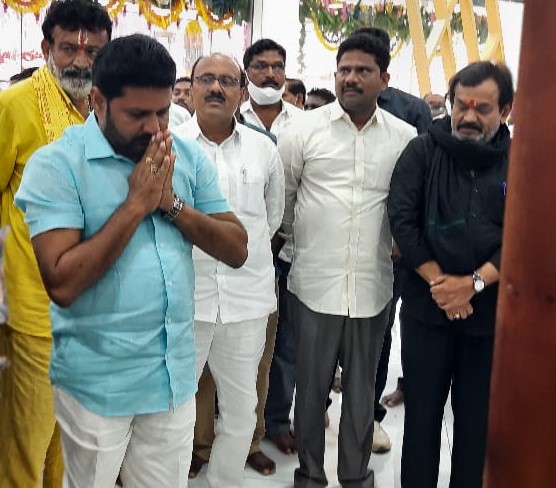 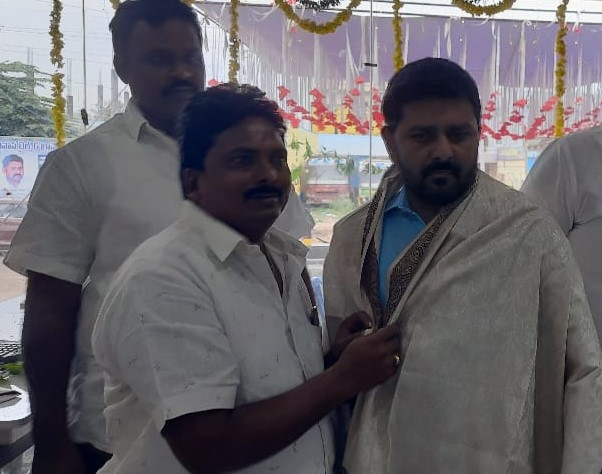 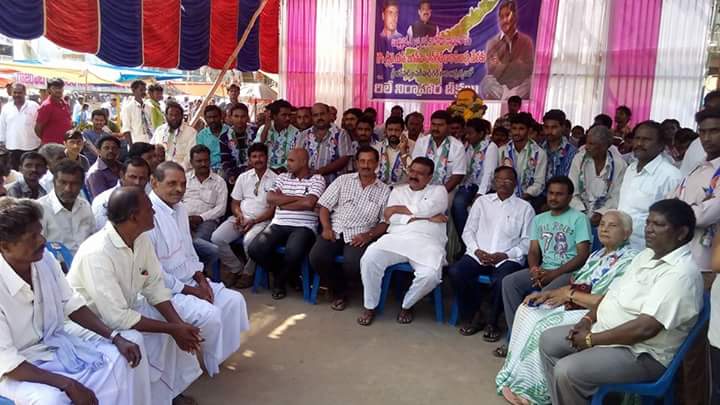 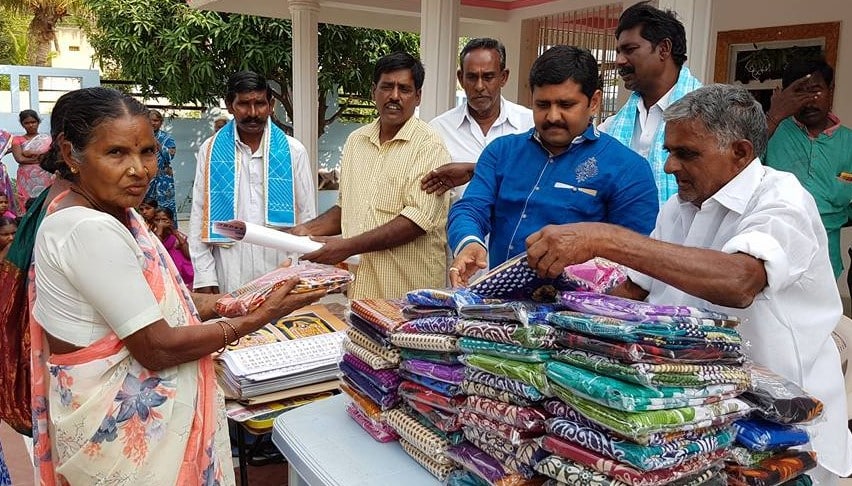 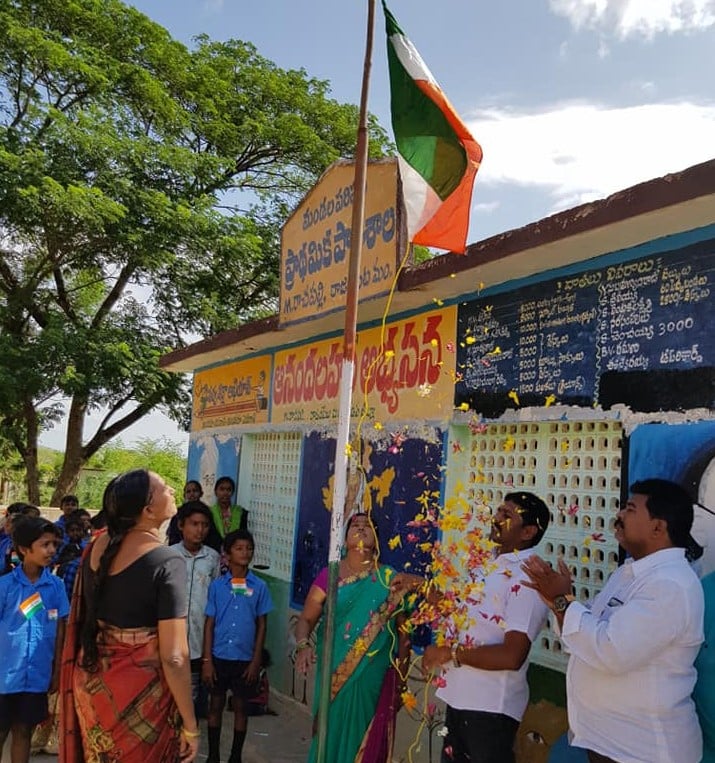 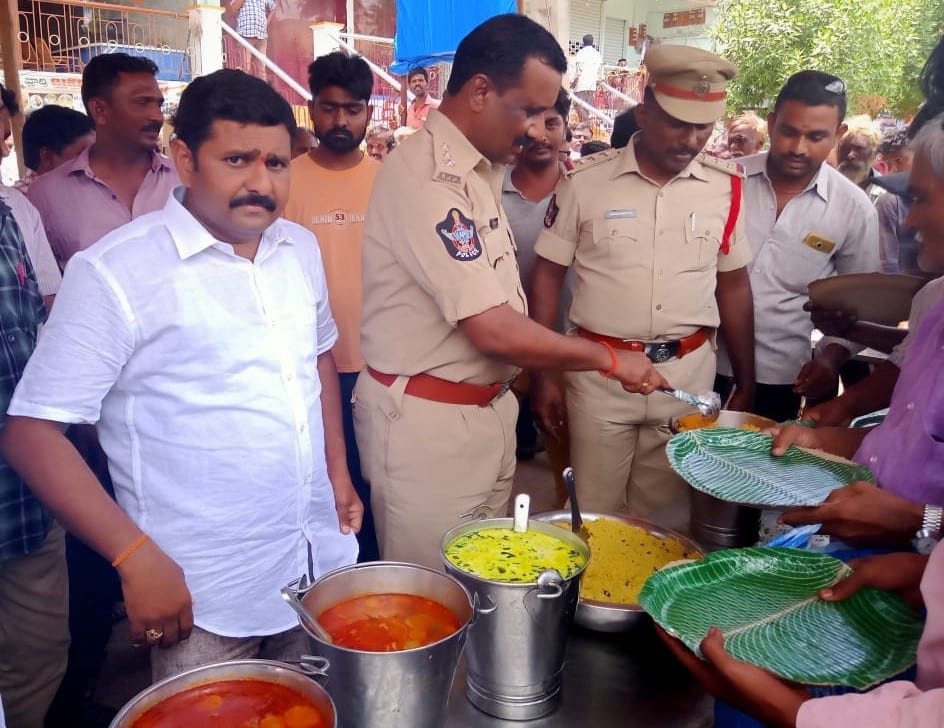 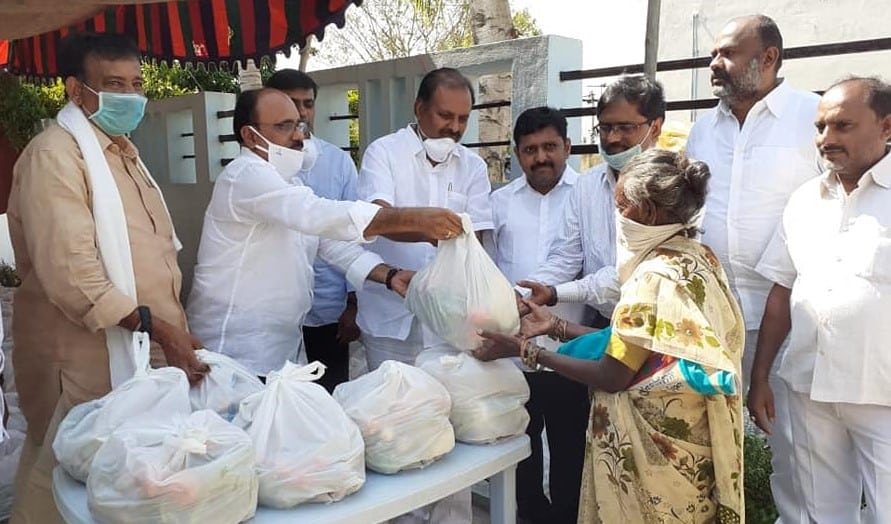 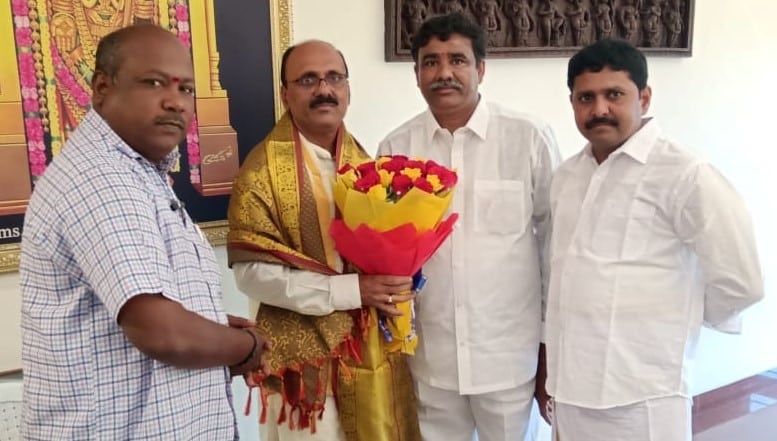 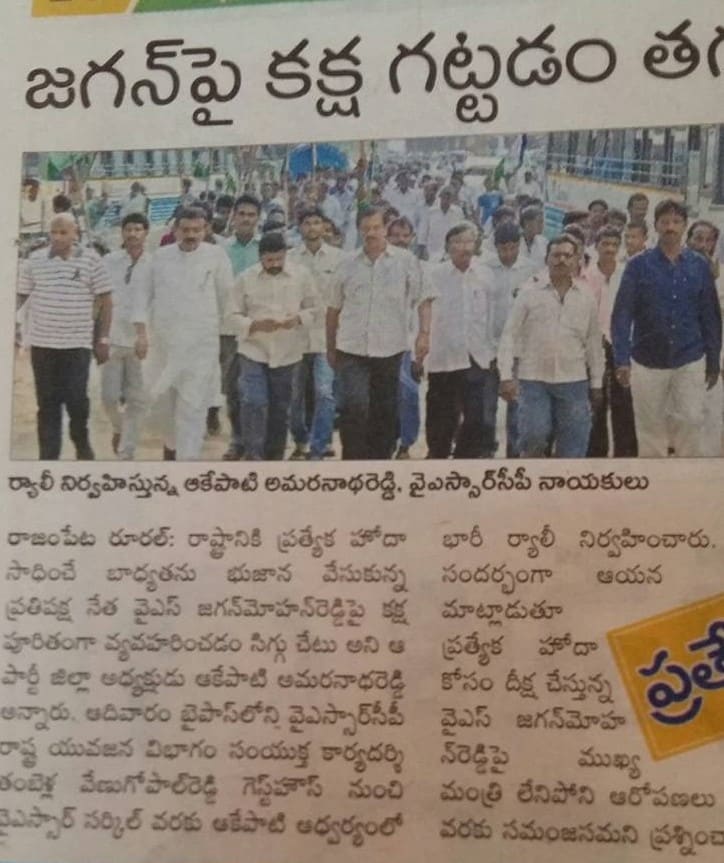 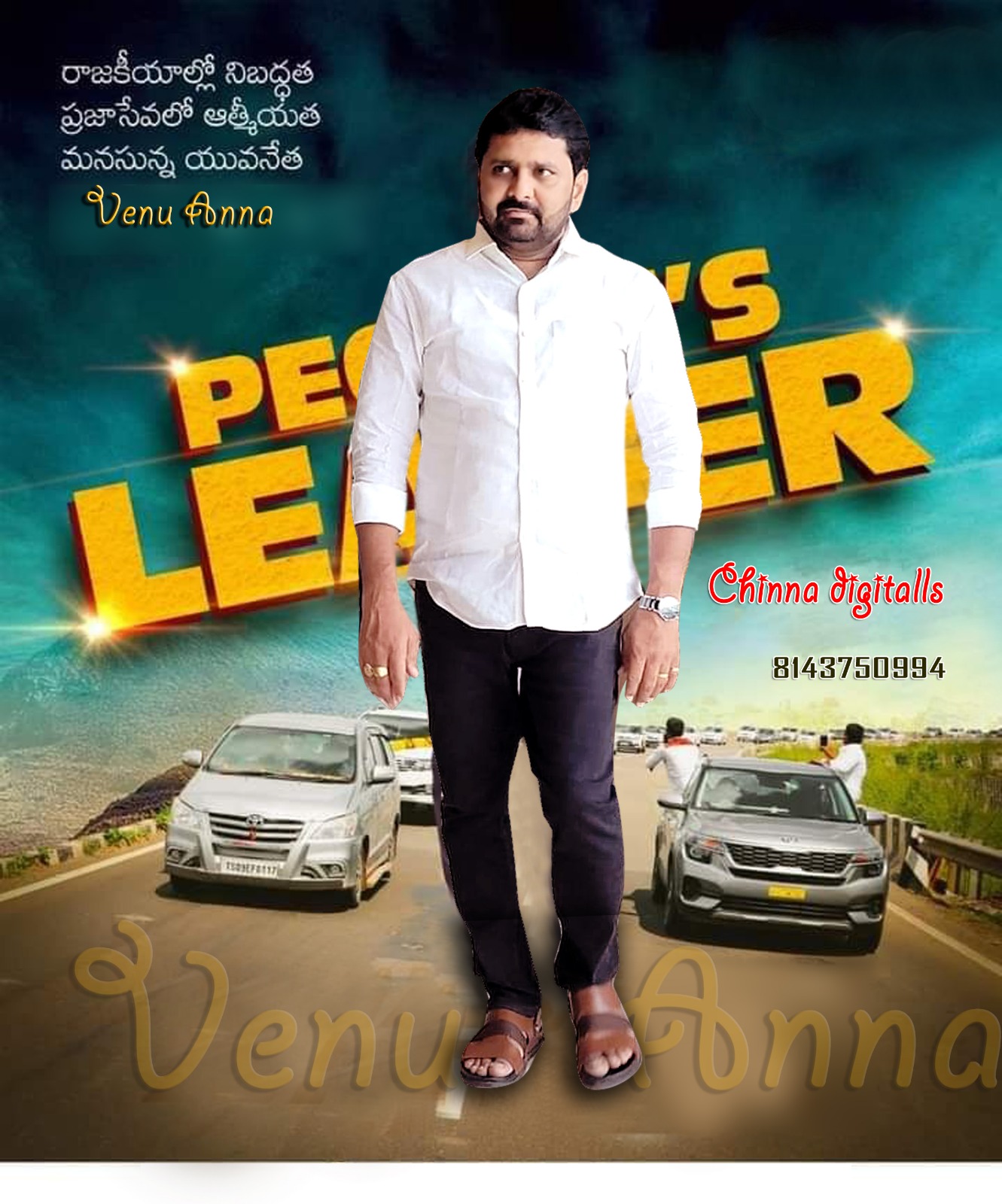 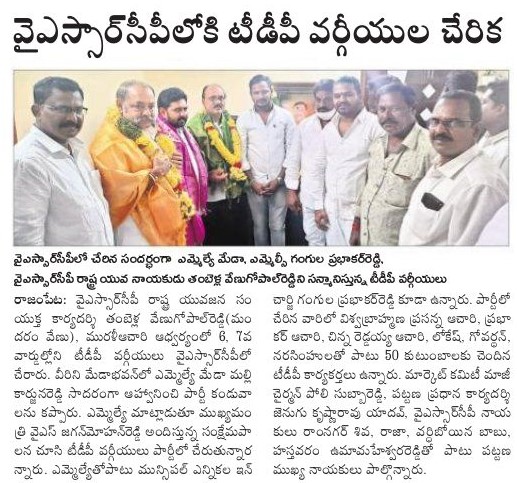 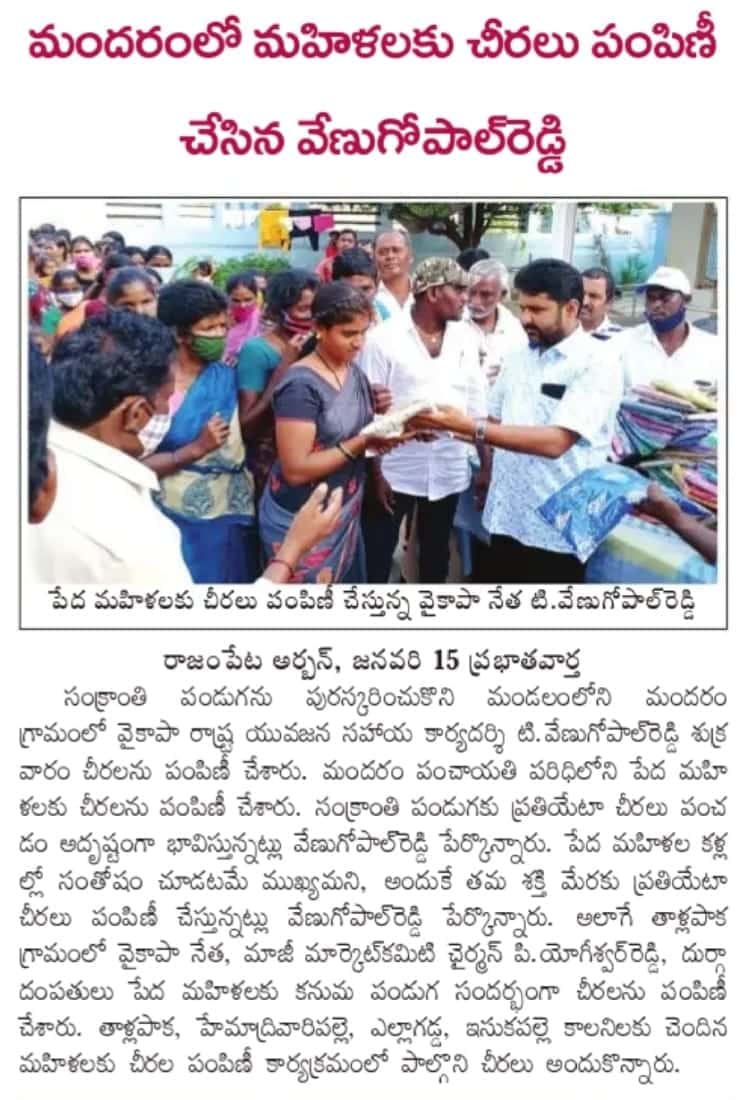 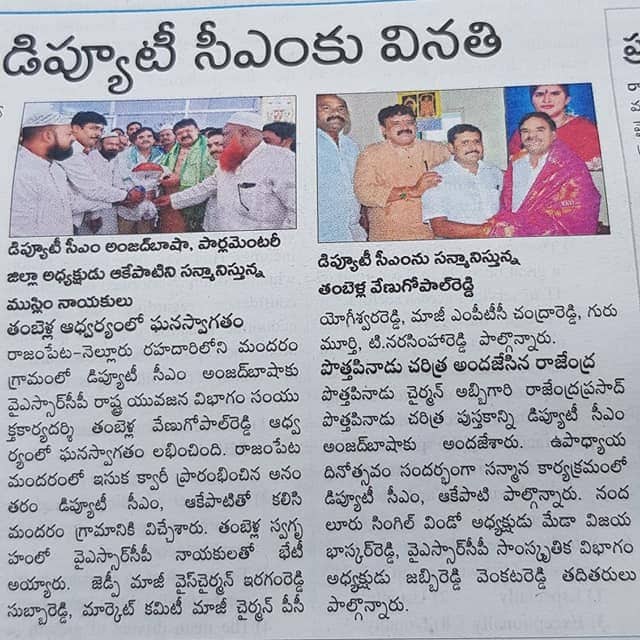 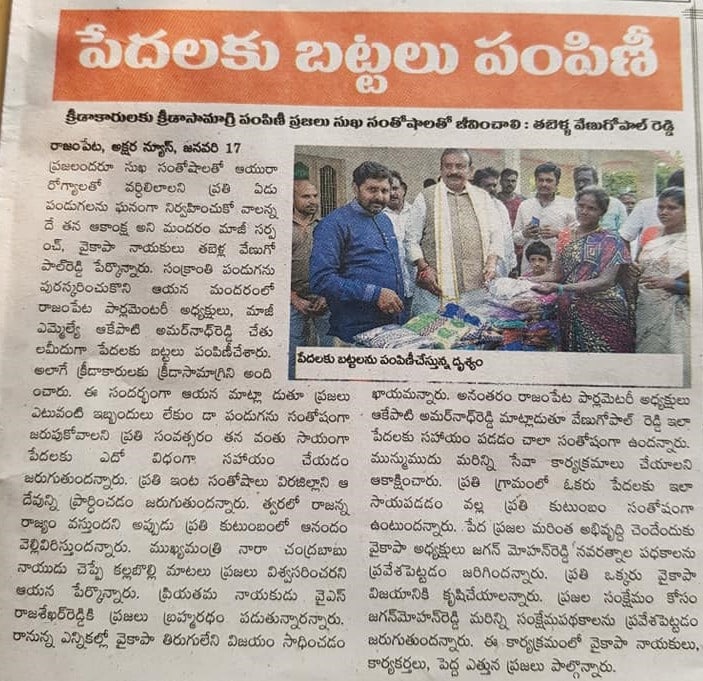 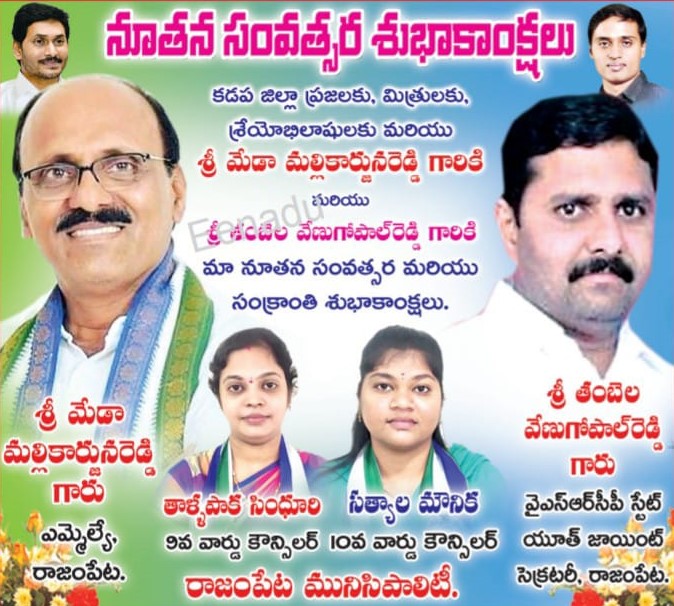