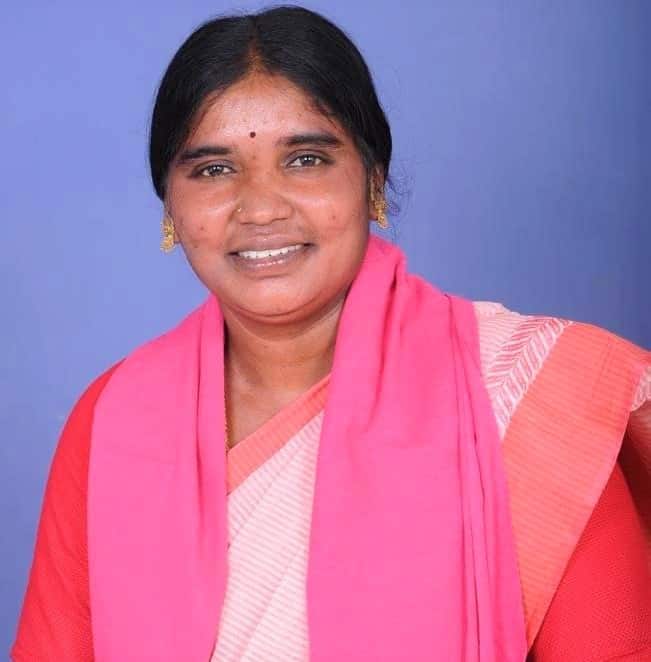 Thakkalapelly Swarnalatha is the MPP of Parkal from the Political Party TRS.

She was born on 26th January 1981 to Mr&Mrs.Thakkalapelly Jeevan and raised up in the Oorugonda Village of Damera Mandal.

Swarnalatha obtained her early education of SSC Standard in 2003 from St Theresa School located at Atmakur village of Warangal District.

She completed her Undergraduate from Government Junior College situated at Parkal in 2005.

In the year 2015, Swarnalatha attained her Graduation with a degree from Lal Bahadur Degree College placed at Warangal.

After the achievement of her graduation certificate, Swarnalatha moved to Pre-School Teacher Training Course from the time period between 2015-2018 and worked as a PATT School Teacher at Parkal Mandal.

She has been determined to serve the people since childhood. The determination she took made her join active politics in the year 2019 through the Telangana Rashtra Samithi(TRS) founded by Kalvakuntla Chandrashekar Rao who is the Indian politician serving as the first and current Chief Minister of Telangana.

During the time period of Local Body Elections i.e. in 2019, Swarnalatha independently elected for the position of MPP for Parkal Mandal to expand her services to the zonal level.

From the day of inception into politics to the present day, She has been working tirelessly for the welfare of the people, constantly striving for the development of the party and the society, and was rendering desperate service to the society through the positions she has been appointed to.

Services rendered during the Covid 19 Pandemic: