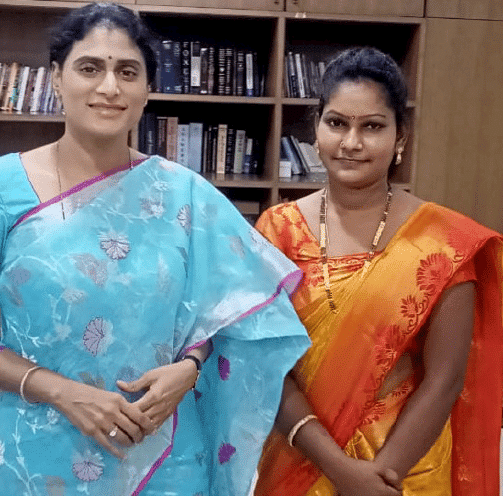 Thadiparthi Sudha Rani is an Indian Politician and current YSRTP State Executive Member from the respective state of Telangana.

On the 10th of July 1992, Sudha Rani was born in Aswapuram village of Bhadradri-Kothagudem District to the couple Mr. Thadiparthi Kalava Samsan and Mrs. Thadiparthi Ramana.

She was never a believer in a pretentious education. She came from a simple educational background, as do most people. In the year 2008, she earned his Secondary Board of Education from ZP High School resided at Aswapuram.

Later, she went on undergraduate from Sri Vidya Junior College located at Manuguru and completed it in the year 2010. Further, in 2007 he acquired ITI from ANM ITI College, Bhadrachalam.

She has been interested in politics since a young age, and her passion has led him to become a politician who expects people to succeed as a consequence of his services. she had been influenced by many political leaders among them she was inspired by an Indian politician YS Jagan Mohan Reddy.

She exposed his leadership skills by serving as the Party Activist and working comprehensively all the time for the welfare of humankind. As being a part of YSRCP, Sudha Rani expressed a keen interest and performs every activity for the recognition of the respective party.

She garnered the people’s affection and extended her services in the following year i.e. in 2011, by expanding his responsibilities as the Mandal Leader from Aswapuram of Telangana to care about the difficulties that arose in the society till the year 2021.

After governing the people in the respective party in the year 2021, she switched his political party to the YSR Telangana Party launched by an Indian Politician Yeduguri Sandinti Sharmila daughter of late chief minister YS Rajashekara Reddy.

The day she joined the Party, she worked beyond her means for the development of the party and performed very hard for the victory of the party.

With her pure determination and sincerity towards the work, in the year 2021, she has been appointed in the admirable designation as State Executive Member and working comprehensively all the time for the welfare of humankind.

From the day of inception into politics to the present day, she has been working tirelessly for the welfare of the people, constantly striving for the development of the party and the society, and was rendering desperate service to the society through the positions she has been appointed to.

She resolved the problems of village developmental issues and was also involved in many Social service events like Haritha Haram, Clean and Green, Casting of Plants, and also participated in the Palle Pragathi program.
Sudha Rani has been installing street lights in Aswapuram village, paving dividers, paving roads, eliminating drainage problems, alleviating power shortage, and solving water problems.
In order to solve the water problems in every house of Aswapuram Colony people, Sudha Rani installed taps and solved the water issues by providing pure drinking water.
As there is damage to the Pipelines of the Water tank in the village, she Renovated the pipelines with her own money. 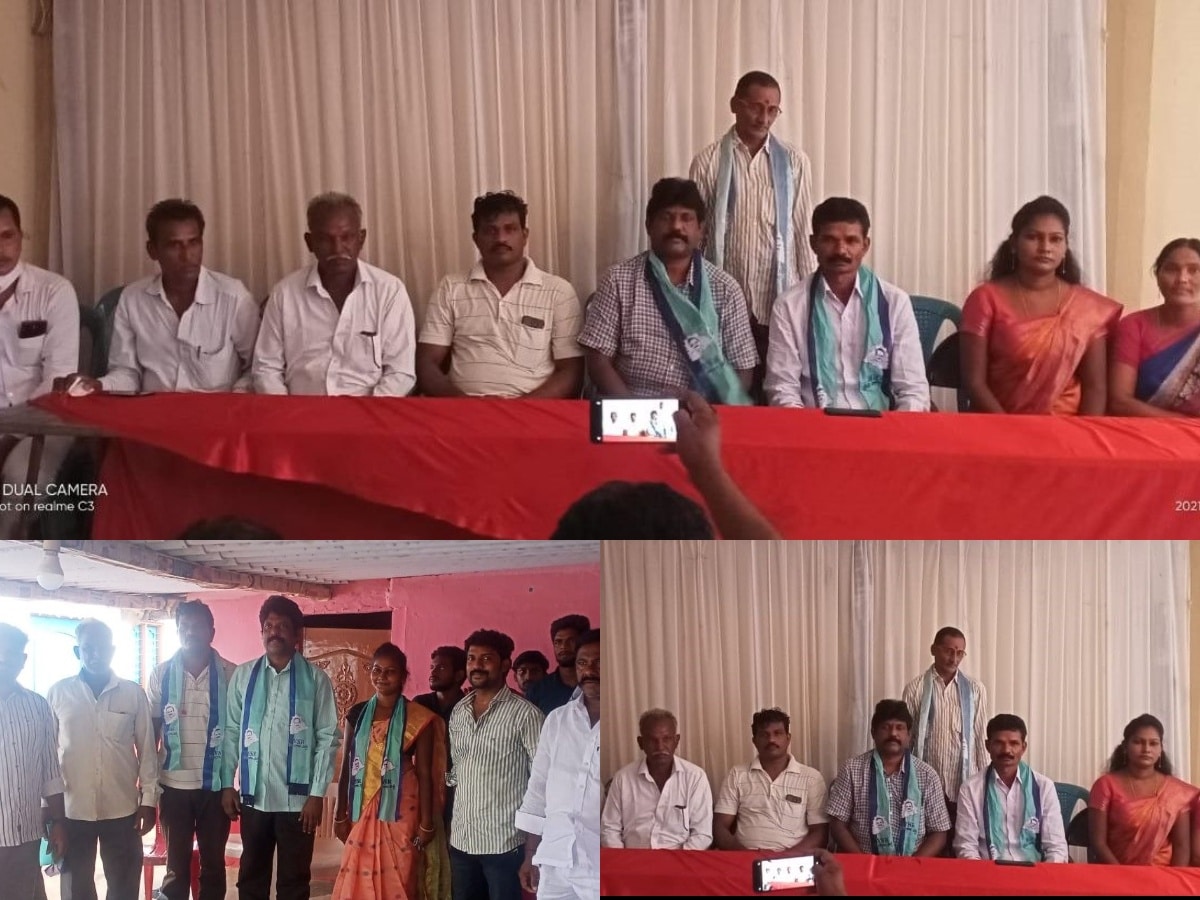 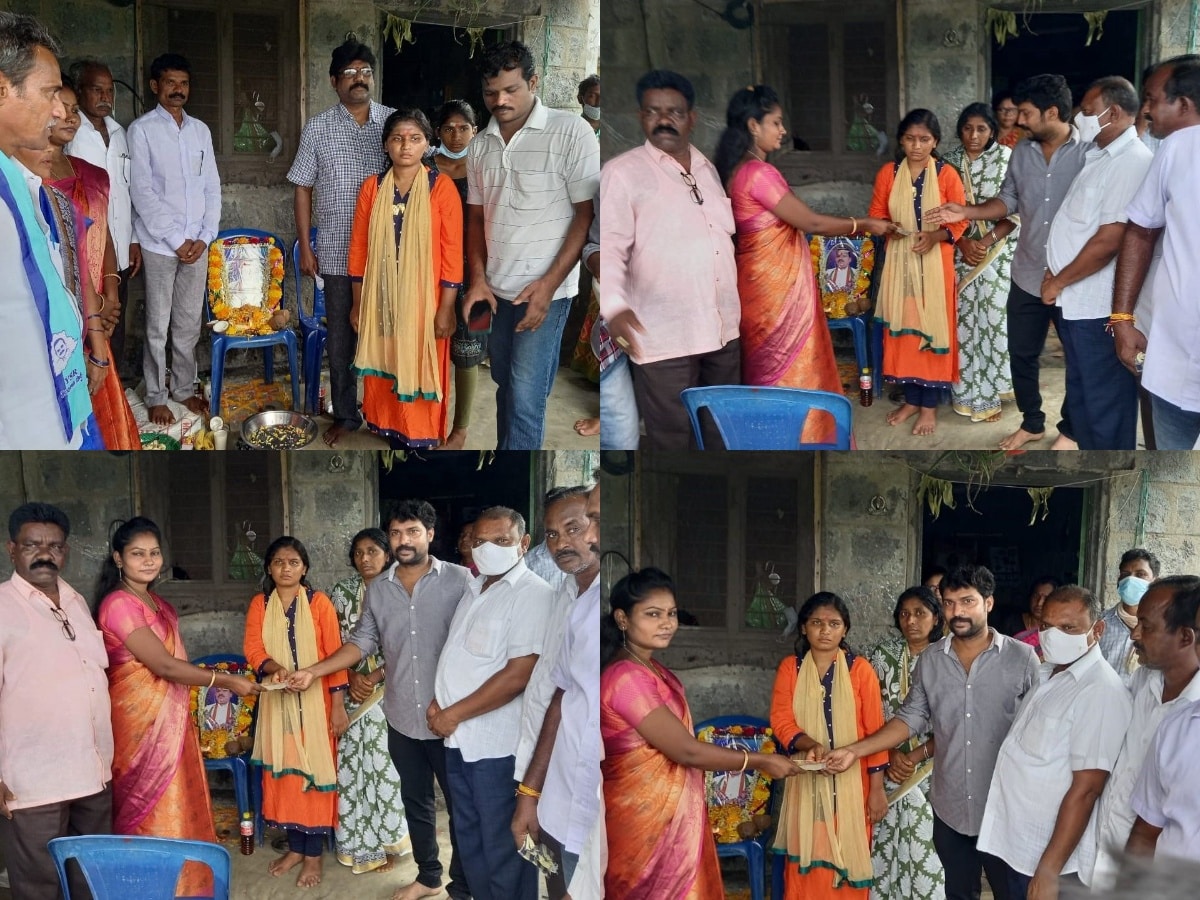 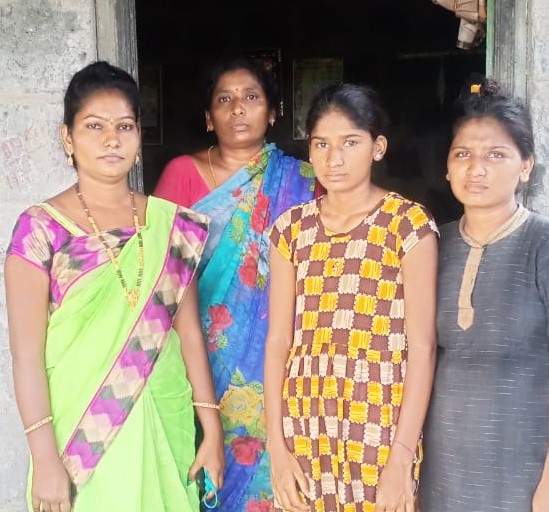 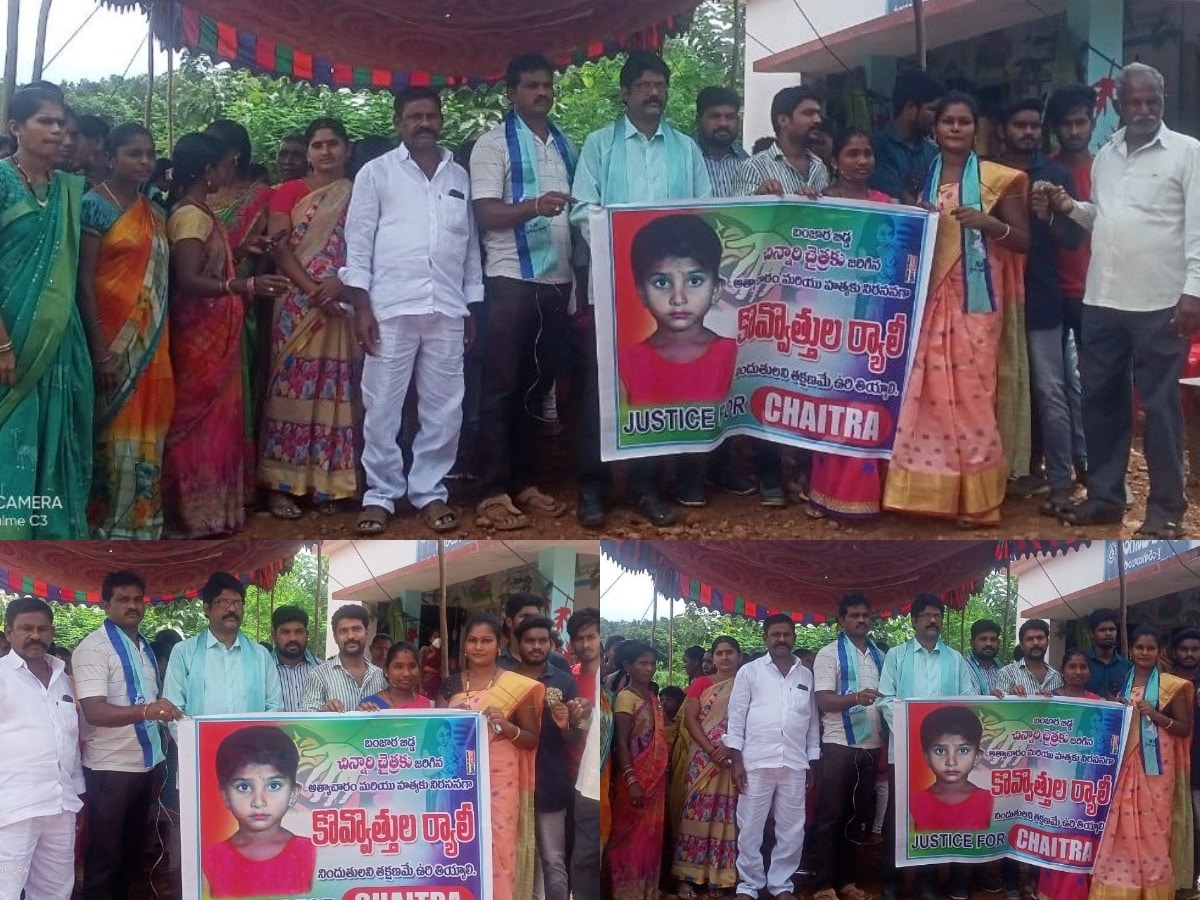 Sudha Rani With an Indian Politicians 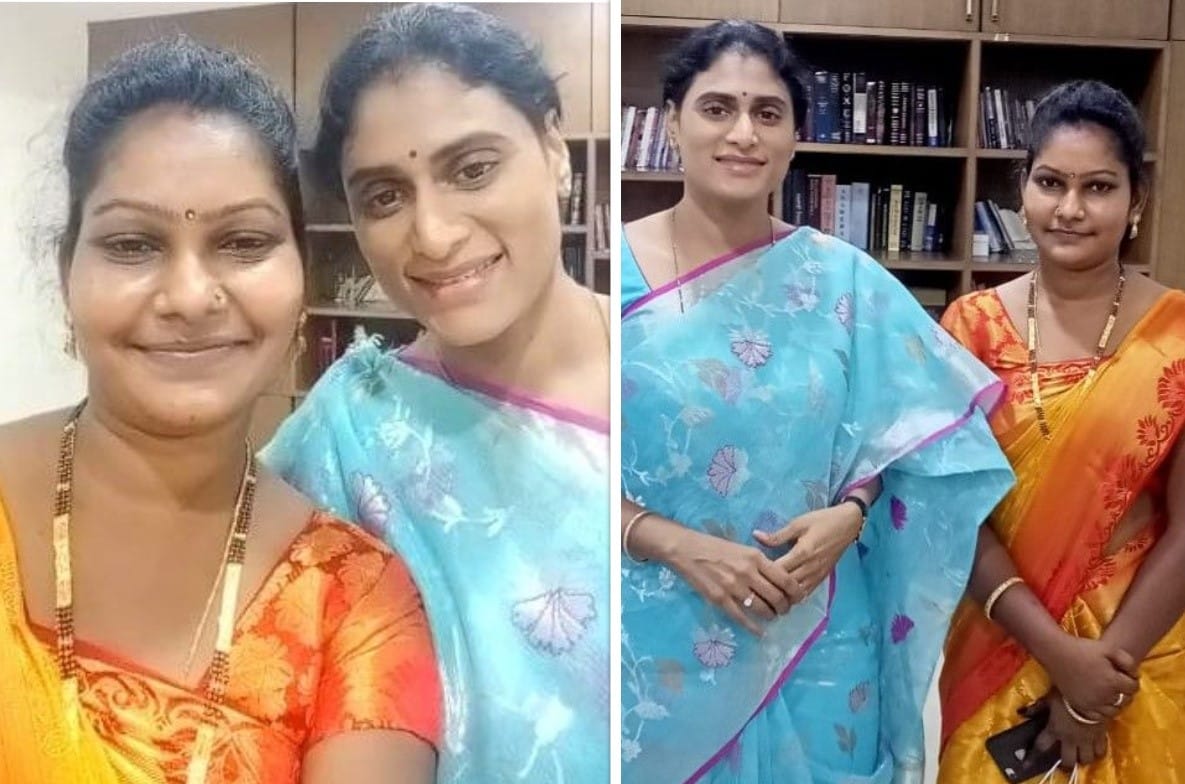 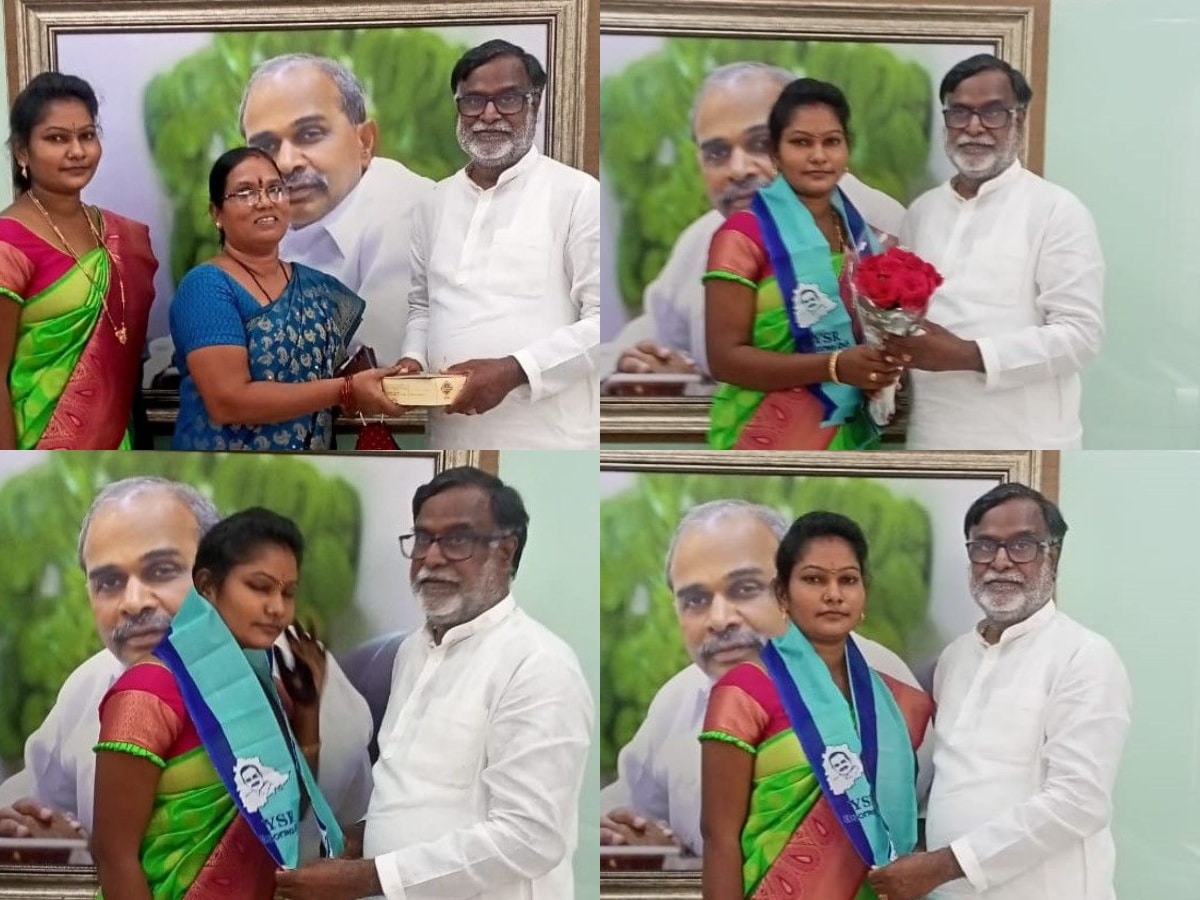 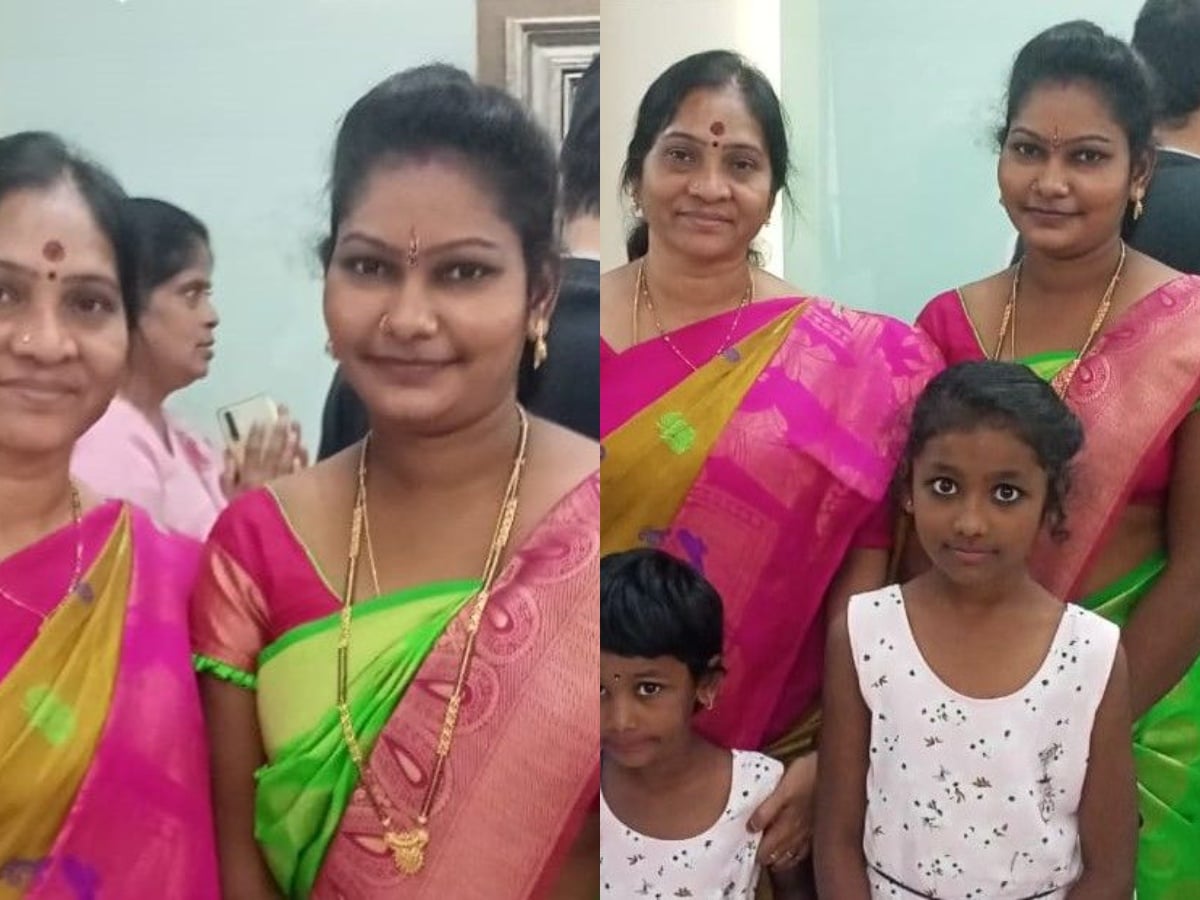 On the Birth Anniversary of Konda Raghava Reddy 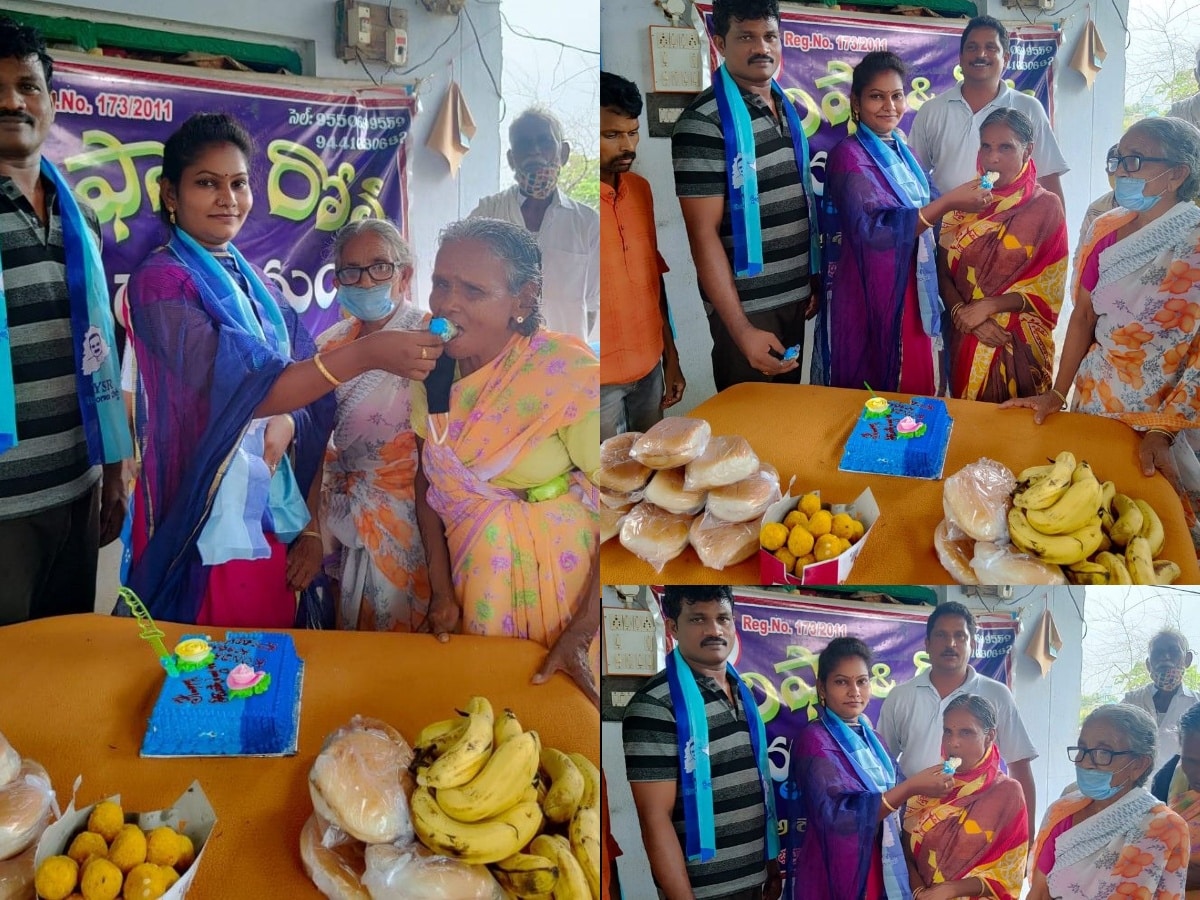 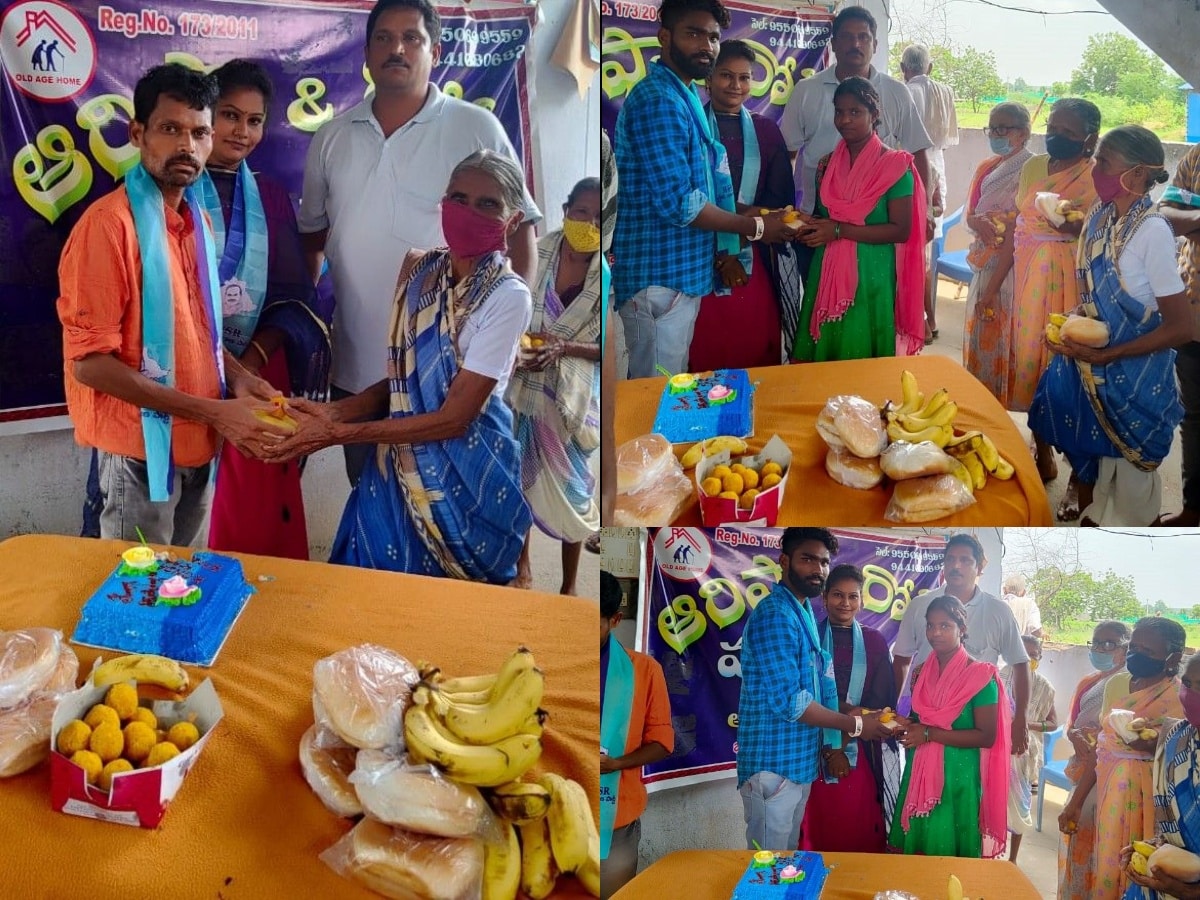 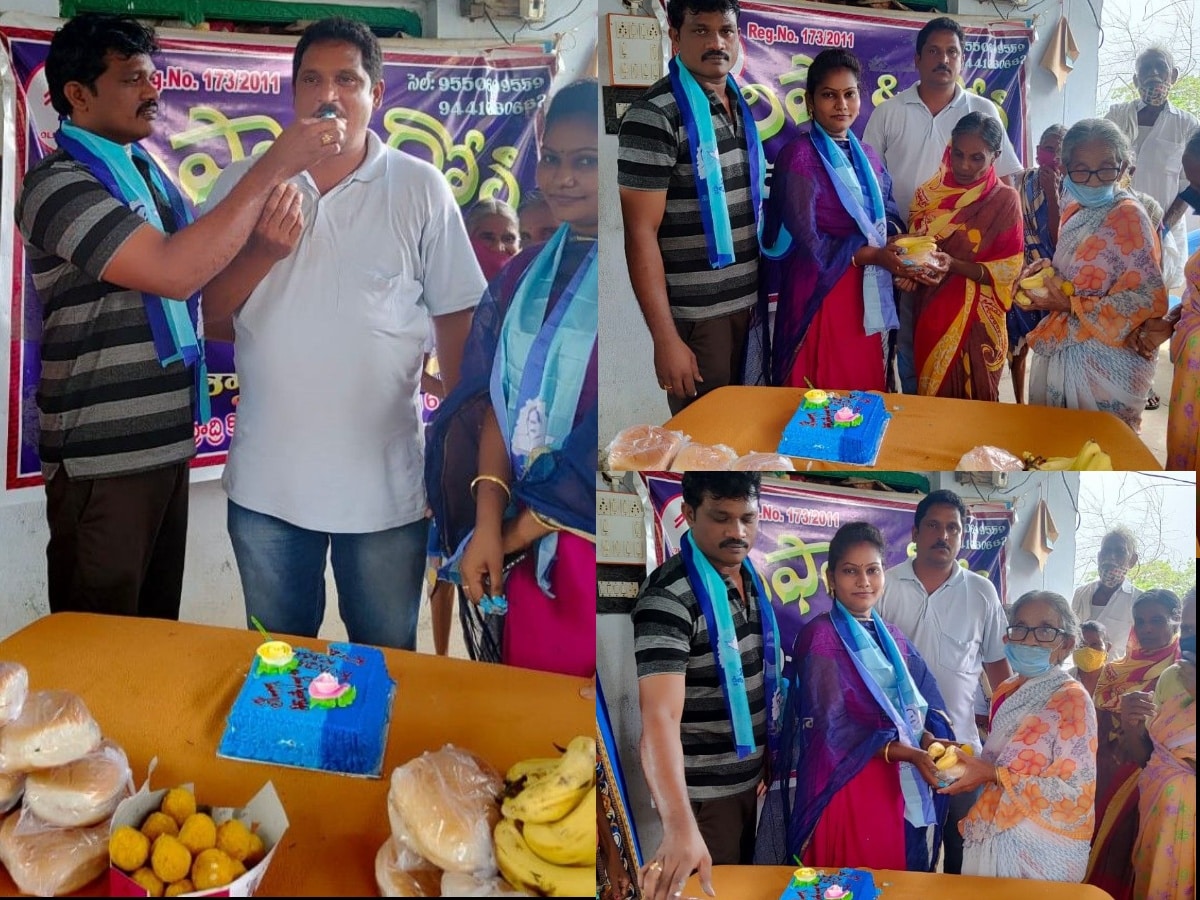 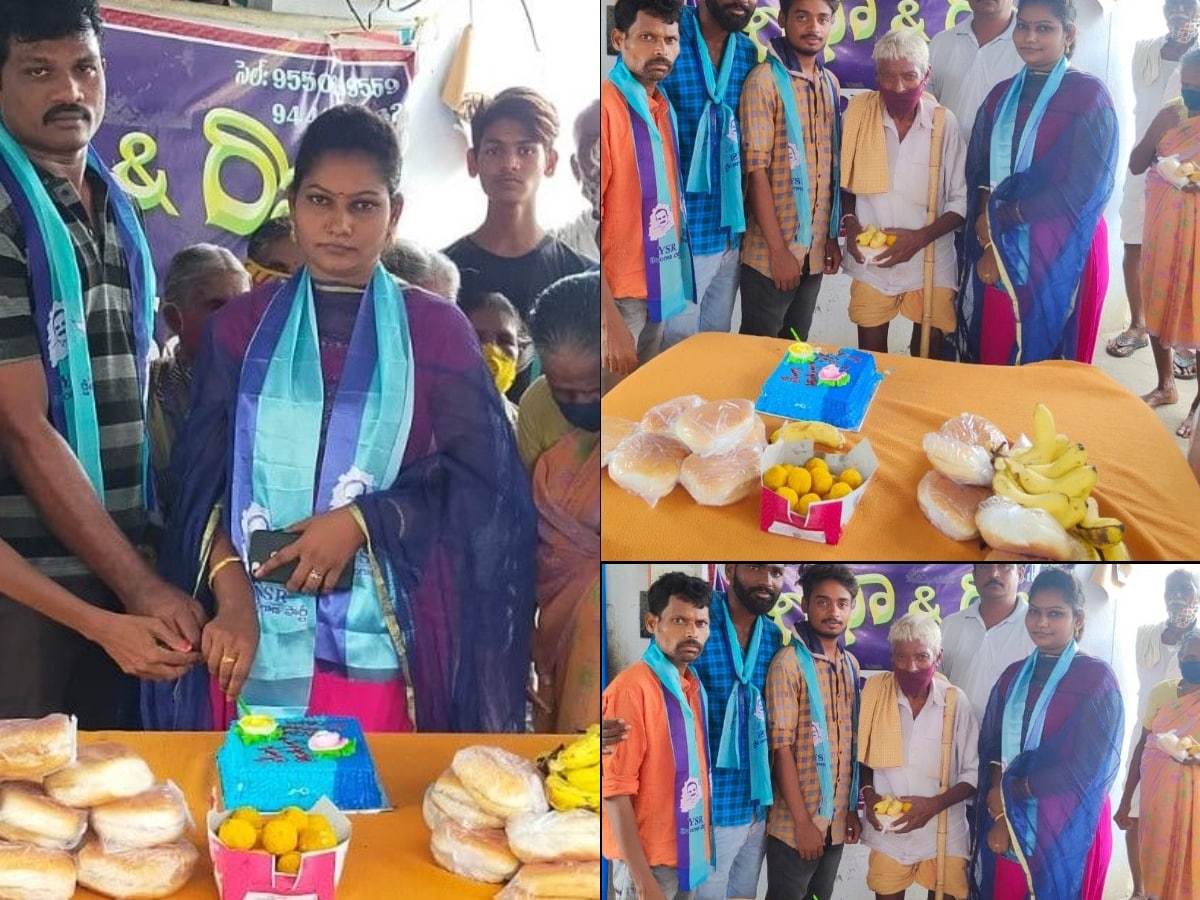 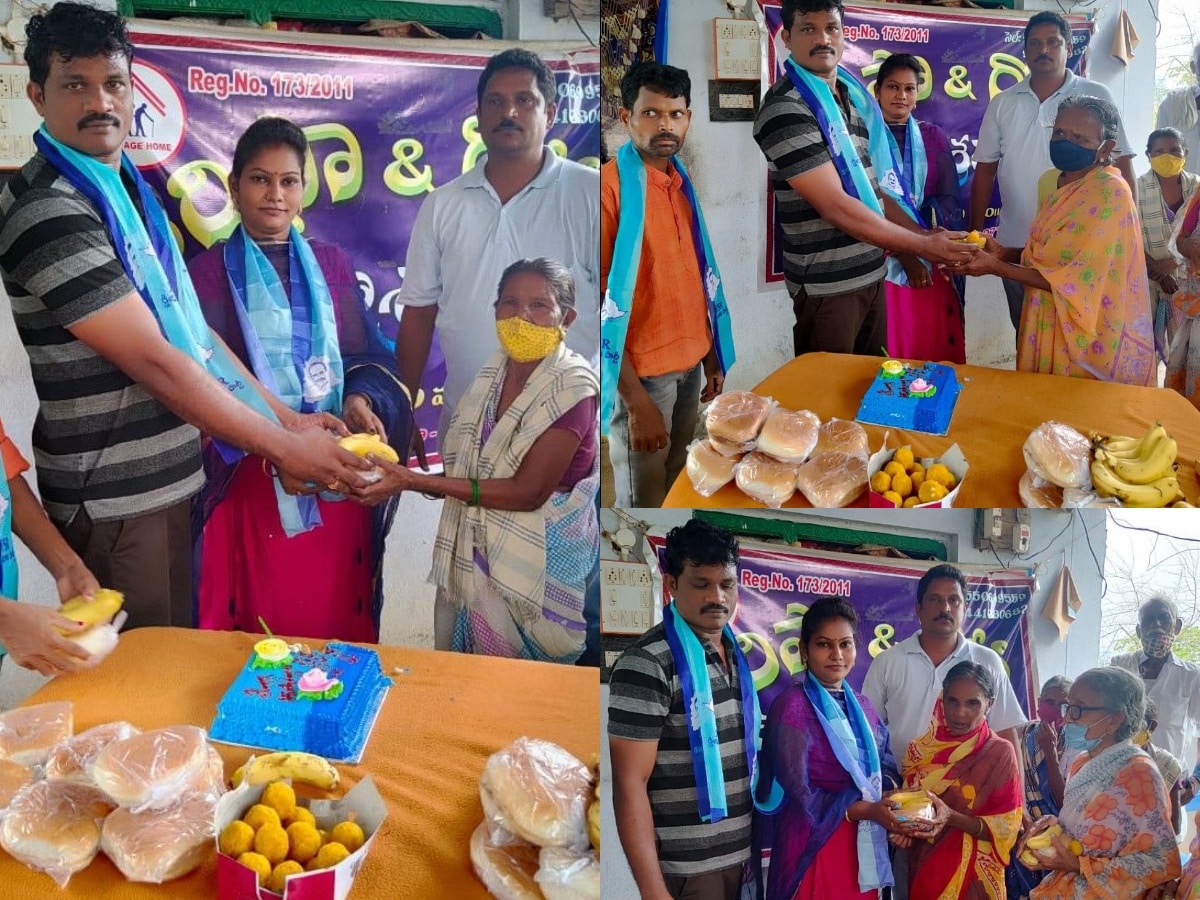 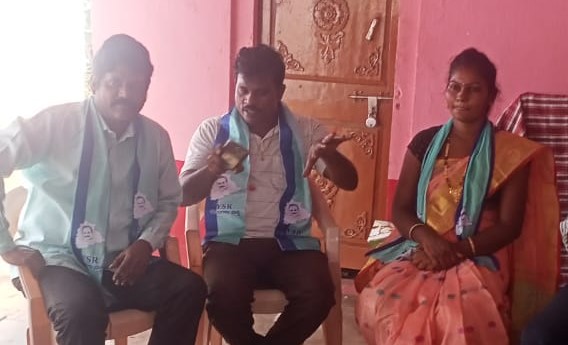 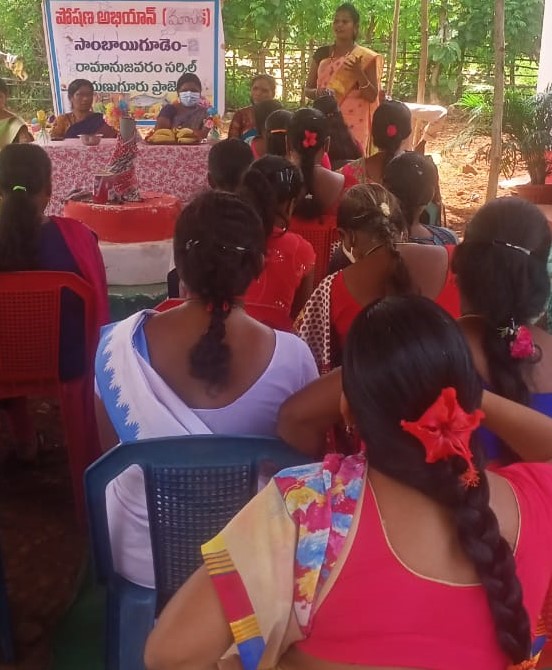 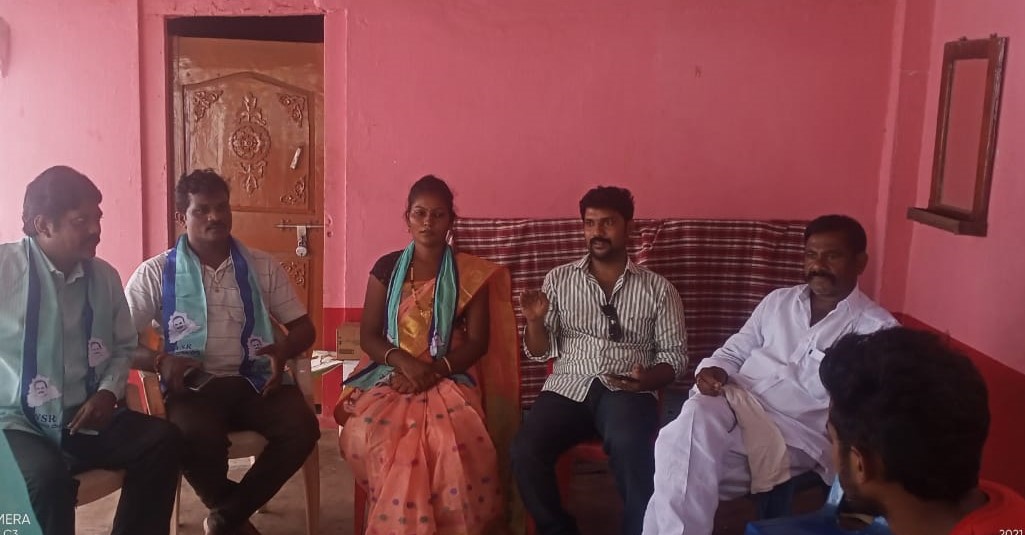 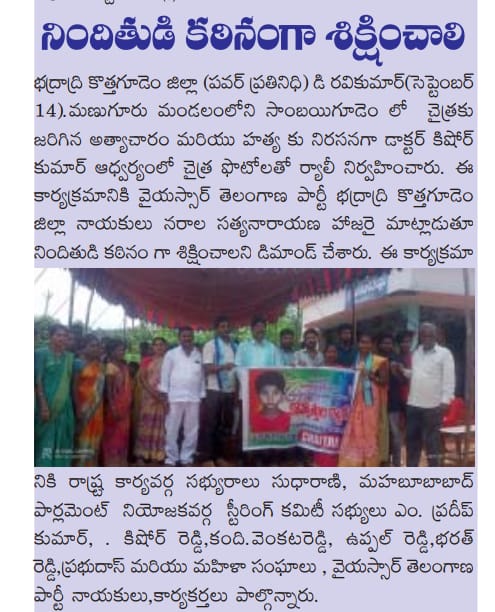 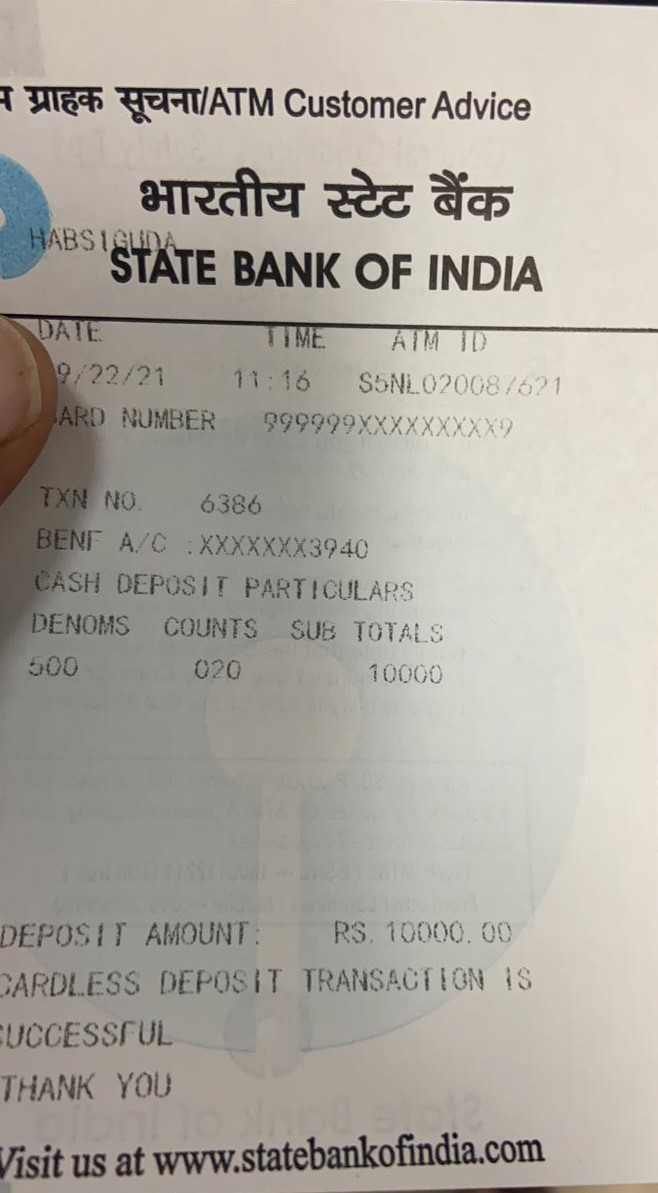 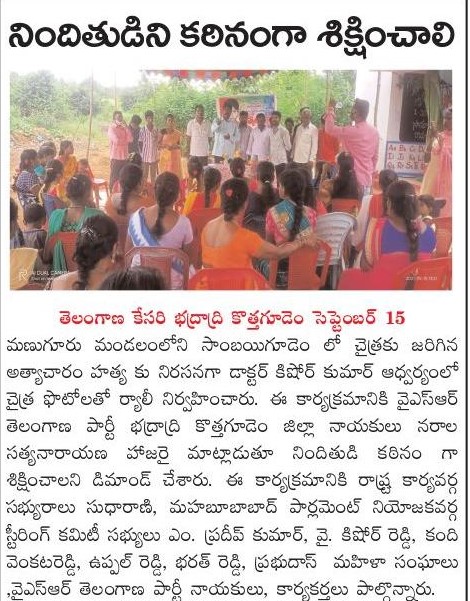 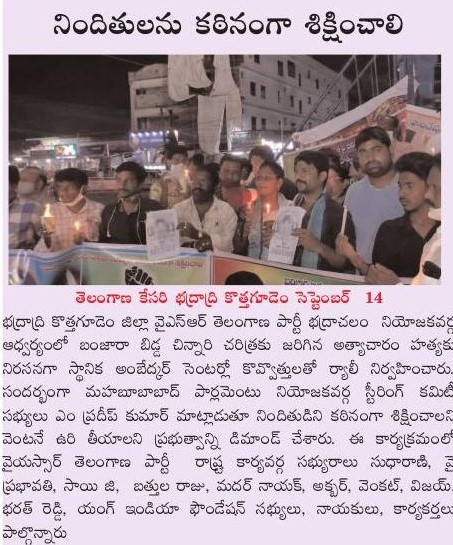 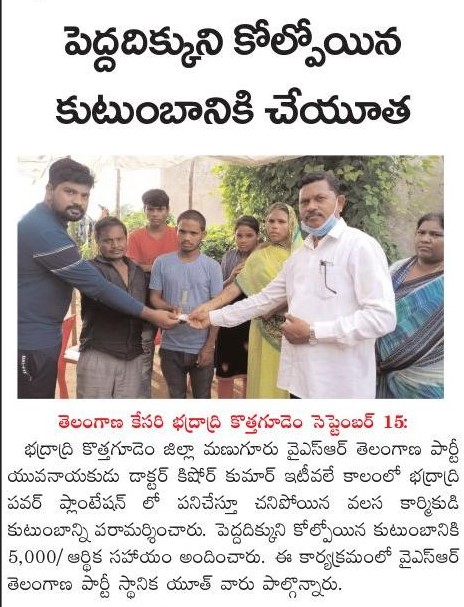 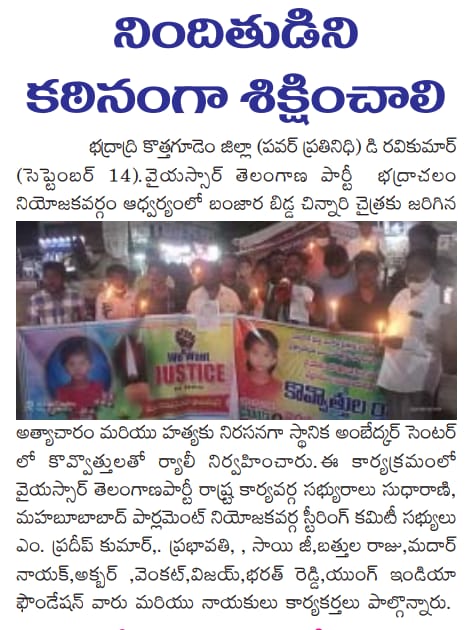 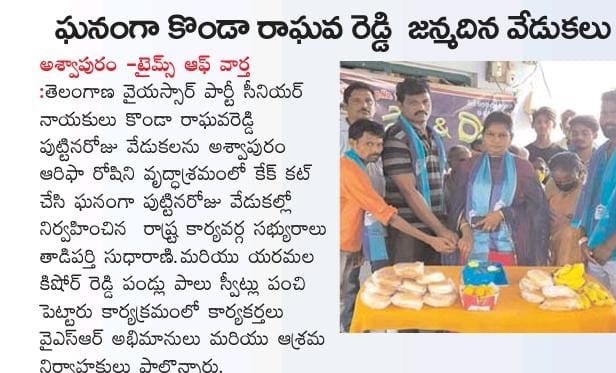 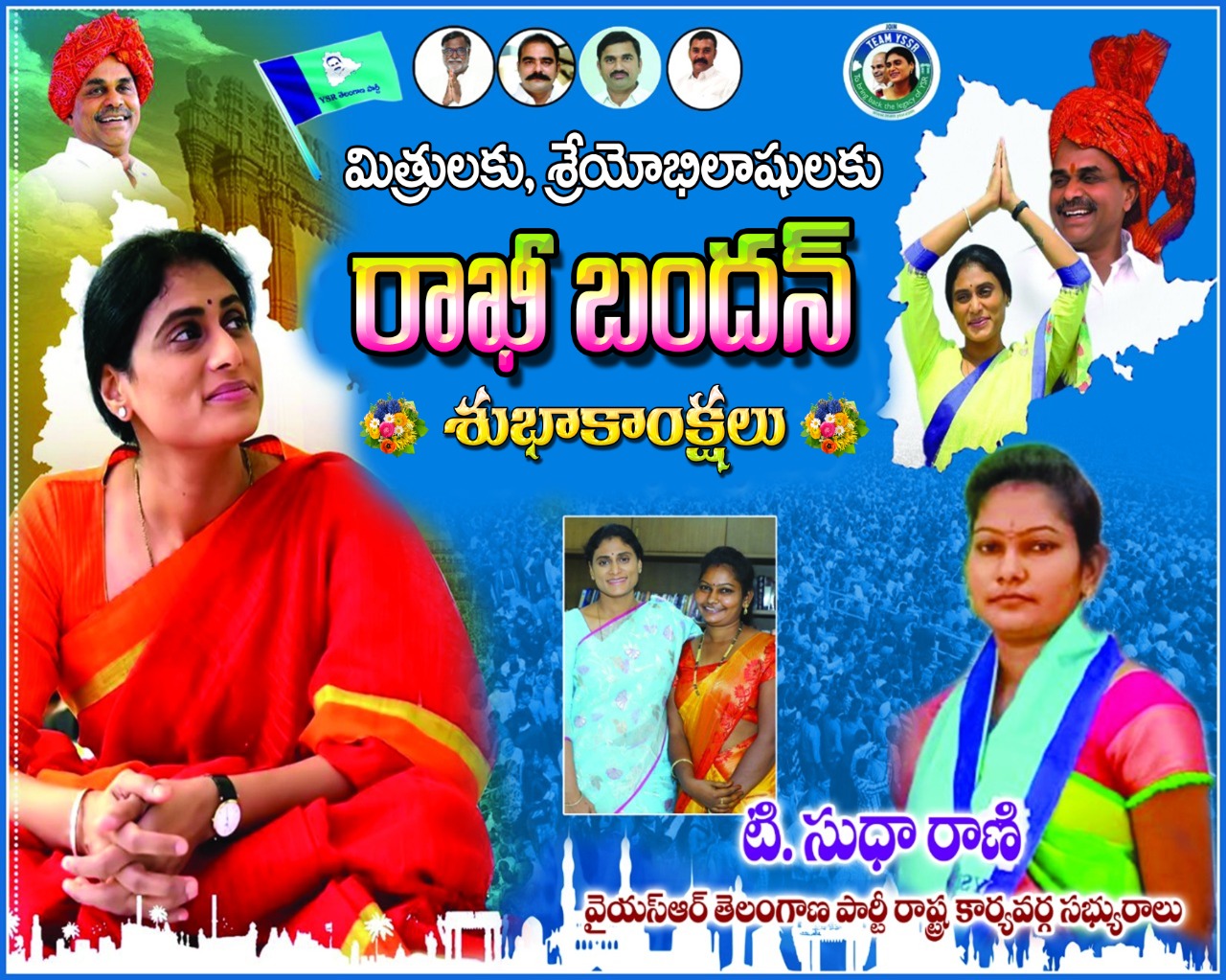 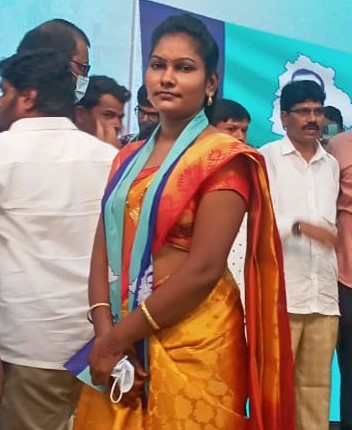 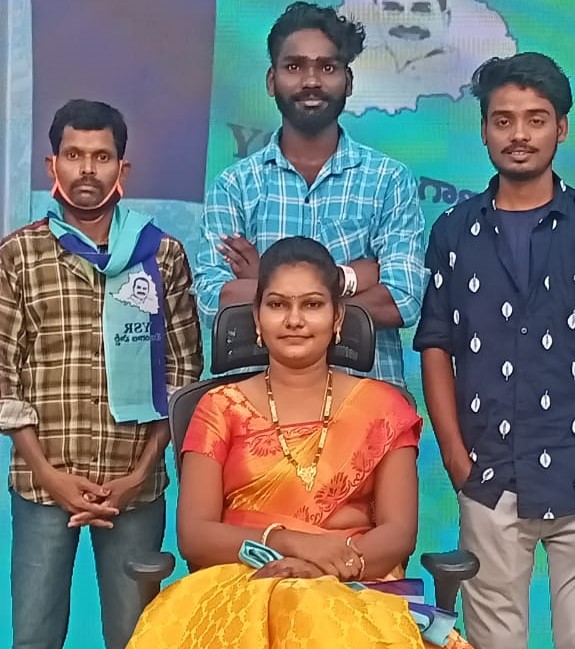 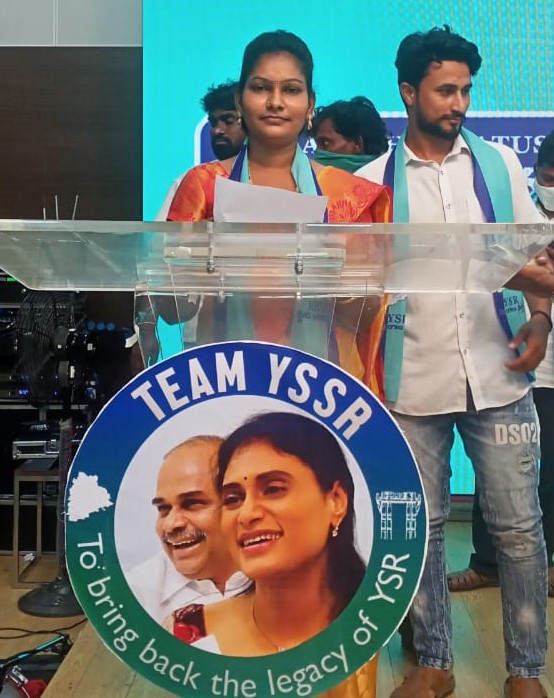