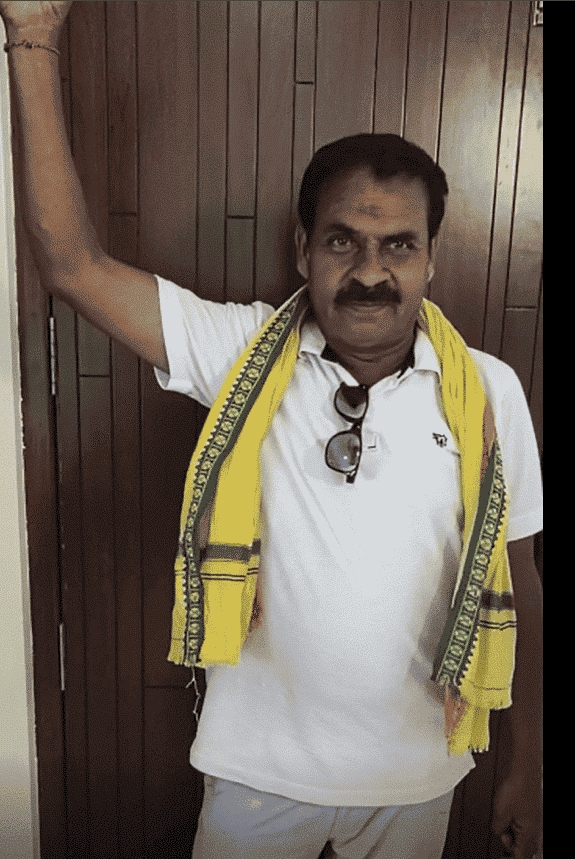 Tamarana Govindhu Raju is an Indian politician belonging to the TDP party. He currently holds the designation BC Mandal President of Makavarapalem, Anakapalli district.

On 15th September 1960, Govindhu Raju was born to Narayana and Gagaiamma. He was raised in Vajragada.

In 1976, Govindhu Raju completed his SSC Standard from Zilla Parishad High School, situated at Pedda Bogaiahpalli. In 1979, He obtained his Intermediate at Govt Junior College.

Govindhu Raju believed that politicians alone could stop corruption, bribery and many other illegal activities in society and make the country a corruption-free country in belief; he entered into Politics and started his Political Journey as a Member of the Telugu Desam Party(TDP) in 1983.

He is a Responsible Leader who led a successful life by dedicating his life to helping others and participating in their hardships.

By attending every event, Govindhu Raju contributed immensely to the growth of the Party. He was chosen as an Active Leader by Party Officials who recognised his skills as a social worker and party worker to aid the people in whatever manner possible at any given moment.

He actively participated in party activities such as Visaka Ukku – Andrula Hakku, Save Amaravathi, Badhude-Badhudu, etc.

Govindu Raju was twice elected as the Village President of Vajragada, Makavarapalem, and served in that position efficiently from 1990 to 2000, retaining the party’s trust in him. His humble service captivated the people’s minds, hoping they would connect with him.

He joined the BC community. Govindu played a crucial role in the BC community, working tirelessly for the people’s welfare. In acknowledgement of his exceptional service and pure effort for the people, the party officials elevated him to the honorary designation of BC Mandal, President of Makavarapalem, Anakapalli district.

As a part of Social Service, he has set up Govindani Orphanage and constructed Govindani Water Plant in Vajragada village. Many poor and old people are benefited from the orphanage.

Govindhu Raju’s Contribution to the Public During the Pandemic: