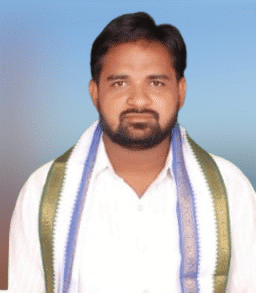 Talluri Prashanth Raj is an Indian Politician and Constituency SC Cell Spokesperson of Gudivada in Andhra Pradesh from the Political Party YSRCP.

On the 23rd of March 1991, Prashanth Raj was born in the village of Goodmanpet of Gudivada in Krishna District in the Indian State of Andhra Pradesh to the couple Mr. and Mrs. Talluri Raju.

In the year 2010, Prashanth Raj acquired his Secondary School of Education from Gandhi Municipal High School located at Gudivada Mandal of Krishna District.

He completed his 2 years of Intermediate course from Viswa Sri Hayagreeva Junior College placed at Gudivada in 2012.

After the accomplishment of his studies, Prashanth Raj began his Political Career by joining the Yuvajana Sramika Rythu Congress Party(YSRCP) which was founded by the Y. S. Jaganmohan Reddy current chief Minister of the State Andhra Pradesh.

In the same year, he was delegated as the Youth Leader of Gudivada from YSRCP to further enhancing his responsibilities so that he could stay closer to the people and monitor their well-being every moment.

In the year 2020, For the work and humility that he is constantly doing all day for the Party and Seeing himself working loyally for the development of the party, the party assigned to Raj the Honorable post of Constituency SC Cell Spokesperson of Gudivada.

For his constant dedication and efforts for the welfare of humankind, he designated the Position of President of State Madiga Charmakarula Welfare Society in 2021 by being working hard to put an end to the problems and inconvenience of the People.

He helped the old and poor people in the village by providing the basic essentials to them for survival and also assisted them during the financial crises.

He provided the CM Relief Fund on behalf of the government to those suffering from health problems.

He fought for the issues related to Handicapped Pensions, Widow Pension, Old age Pension, and also the problems of Ration Card and Health cards of the villagers.

Views of Talluri Prashanth Raj about the YSR Congress 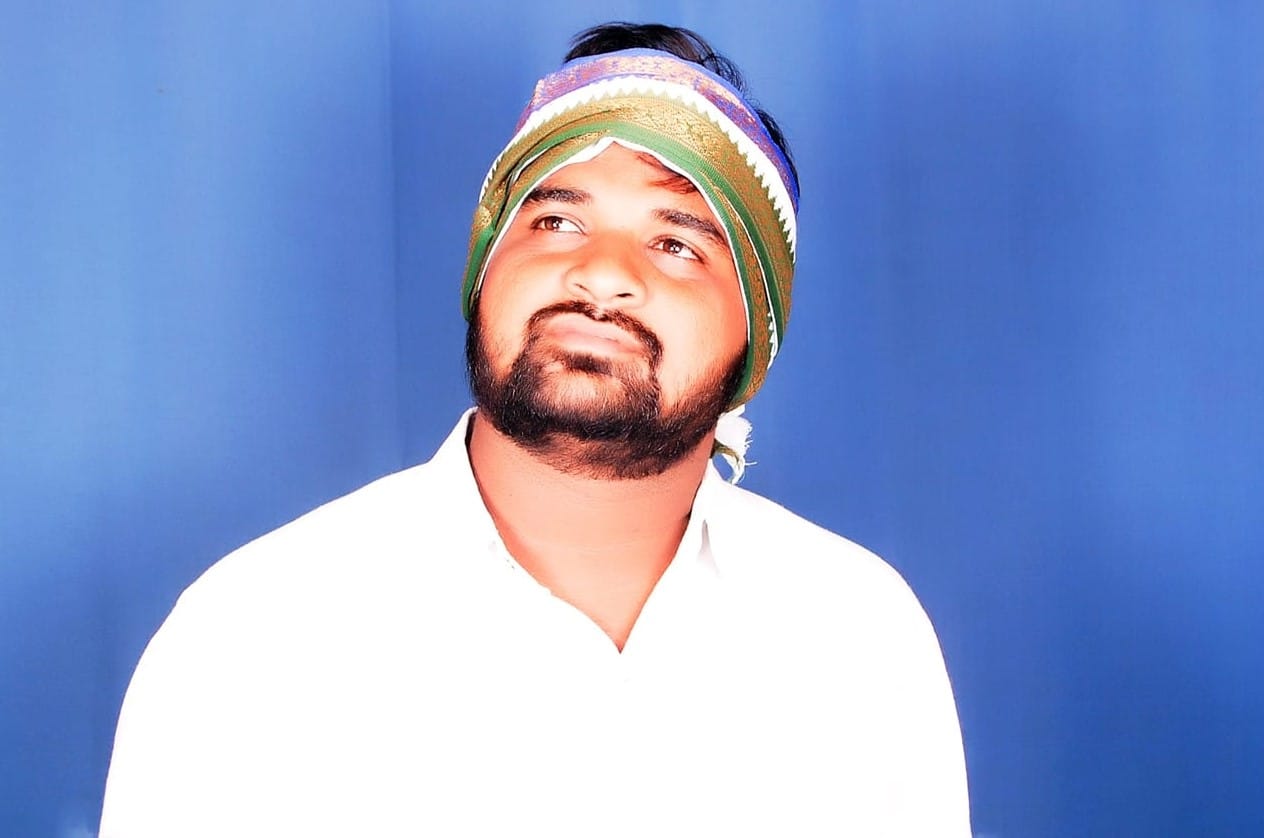 Prashanth Raj was a sincere YSR Congress worker right from his student-hood and his entire family is a staunch supporter of the YSR Congress party and propagating its principles from the beginning. He has been deeply attracted by the policies and ideals of the party and the vision of our great leaders late Y.S Raja Sekhar Reddy and was immensely inspired by the beloved youth leader Gudivada MLA Kodali Nani and unique schemes introduced by the State and Central Governments under the dynamic leadership of Y.S. Jagan Mohan Reddy.

He was actively involved in various social service activities and worked hard to take various schemes of the State and Central Government into public and assisted them to get the benefit and maintain close and pleasant relations with all sections of people and leaders. 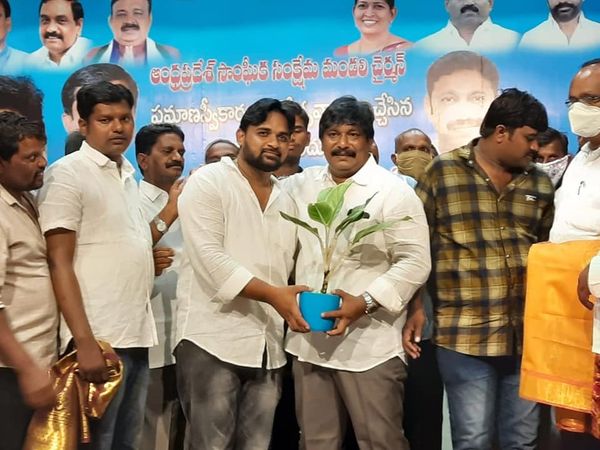 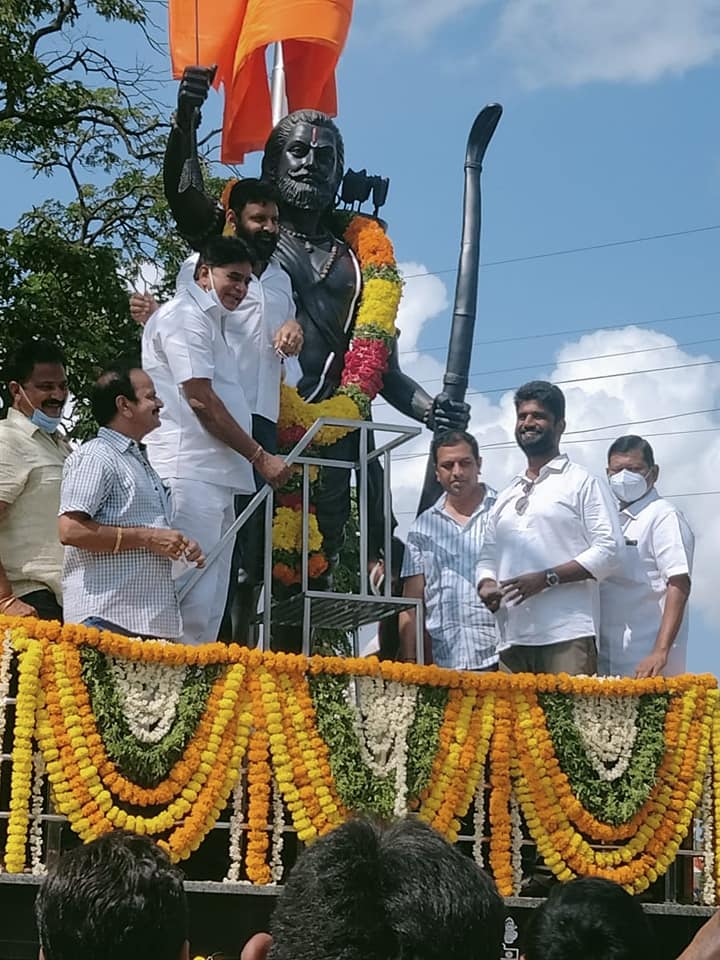 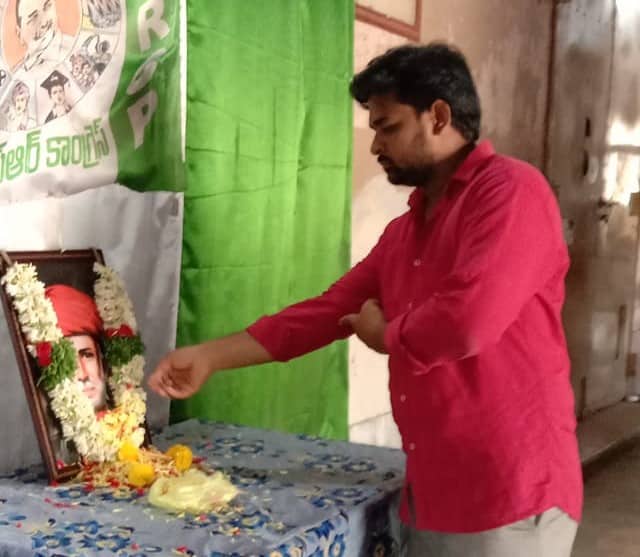 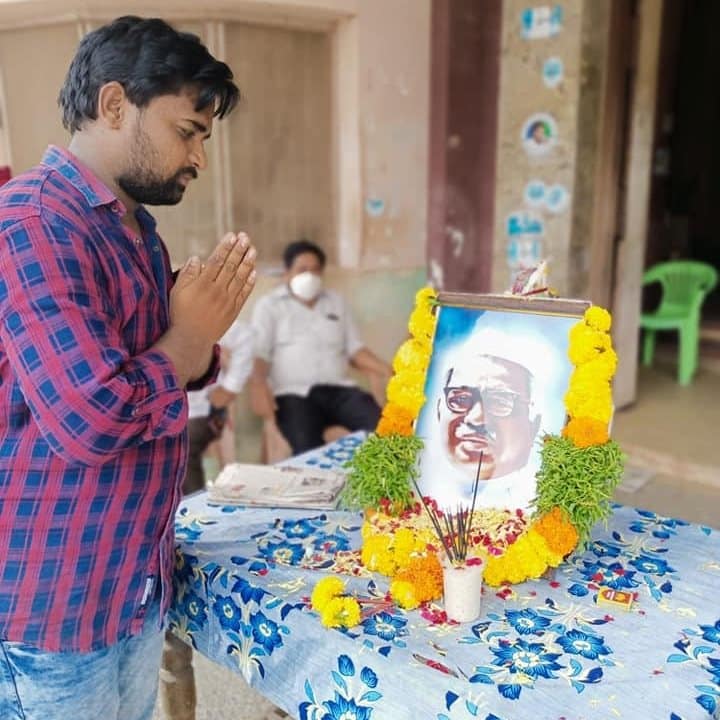 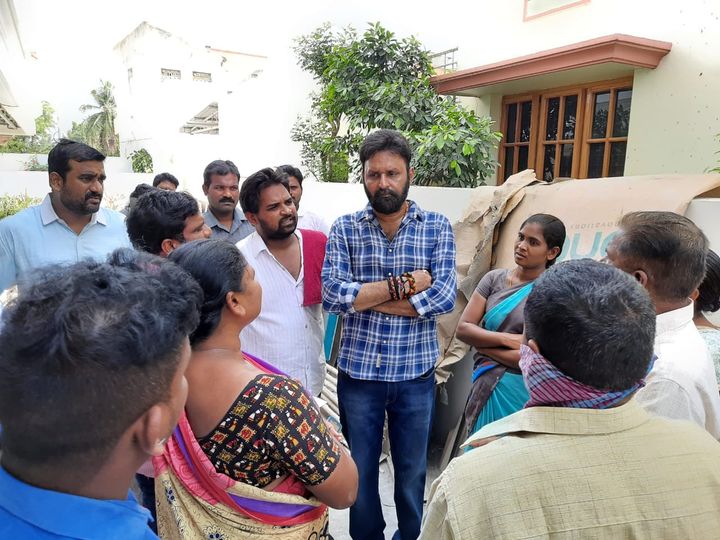 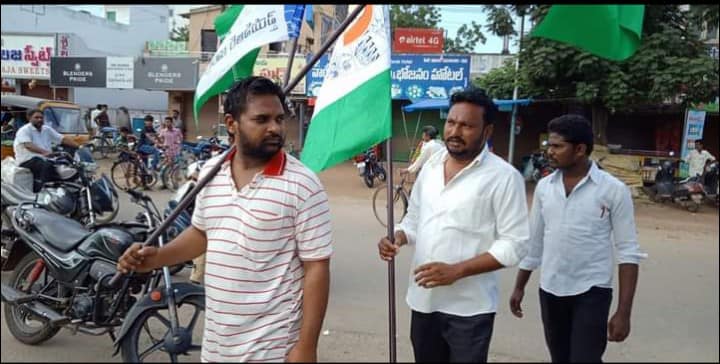 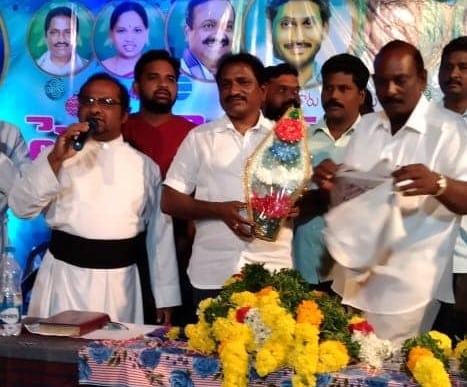 On The Occasion Of Meeting With Eminent Leaders 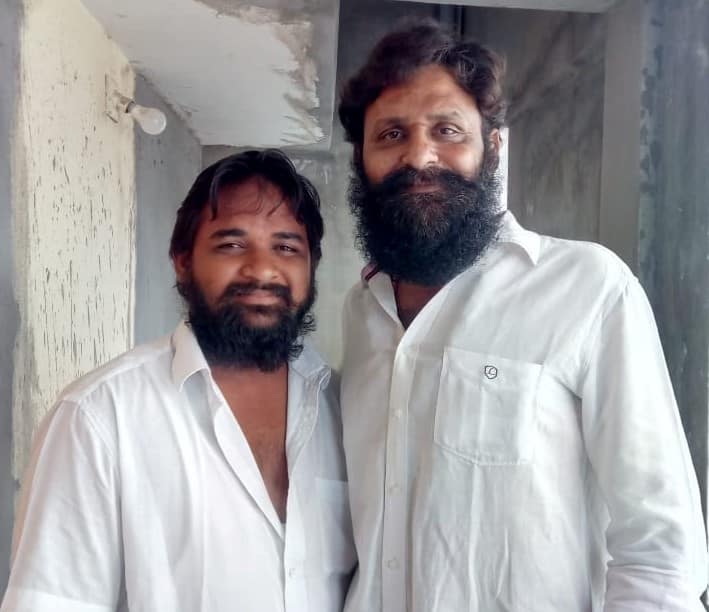 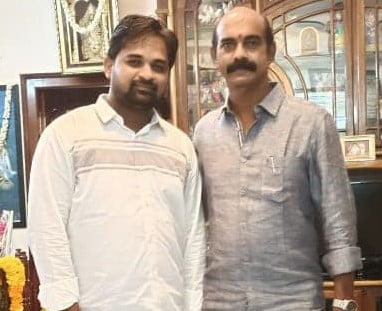 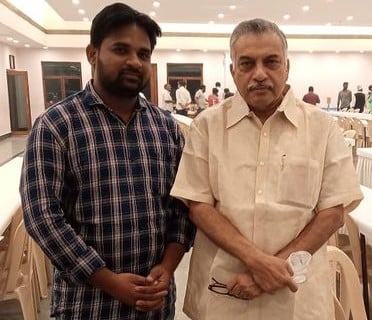 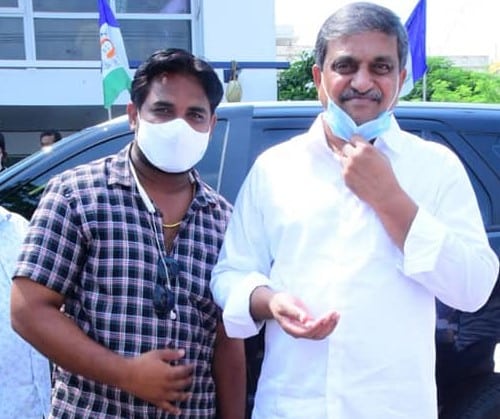 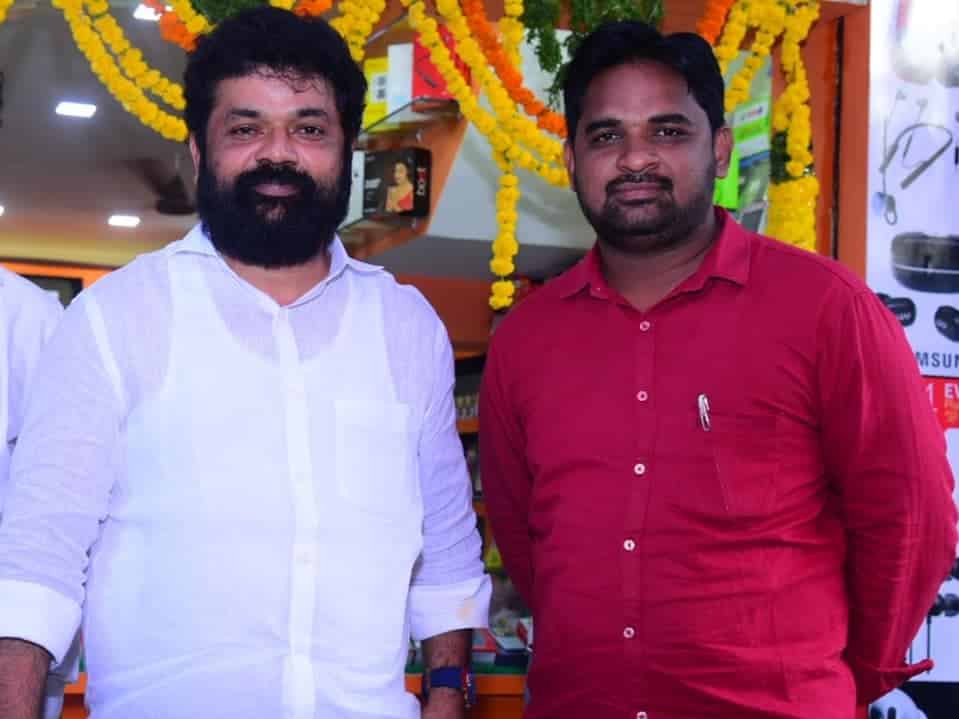 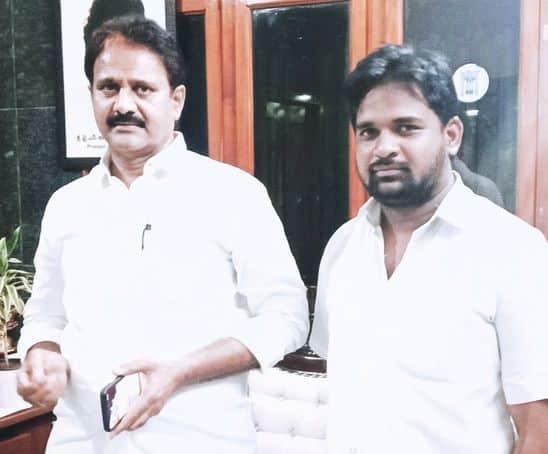 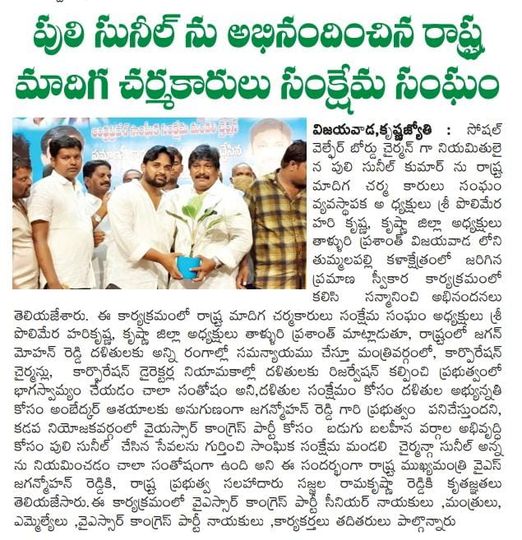 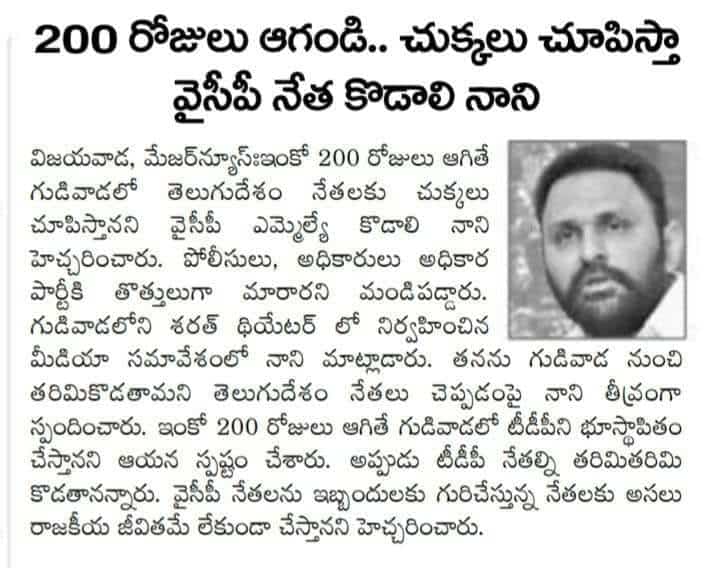