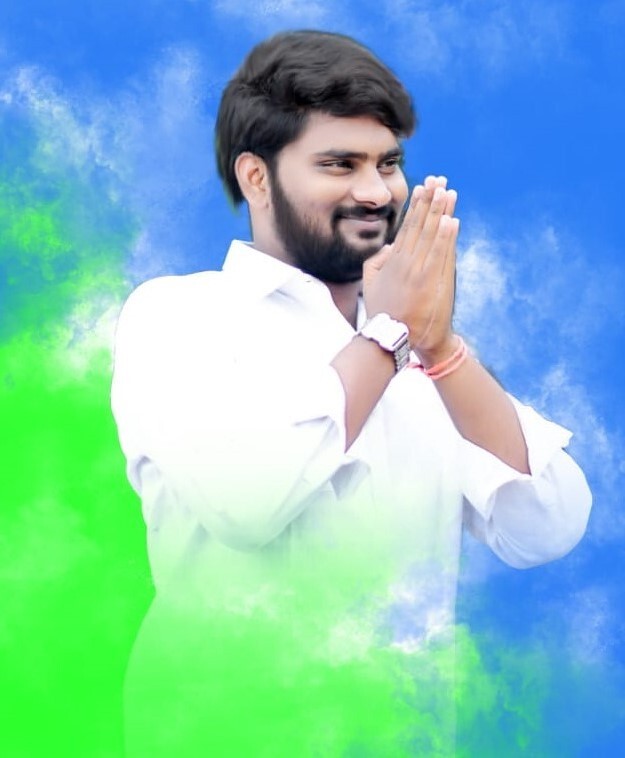 Arla Surya (Brahmeshwararao) is an Indian politician from the State of Andhra Pradesh in southern India. He is serving as the Constituency Youth Leader of Jagan Sevadal of Mangalagiri and State General Secretary of AP Yadav’s Sangam.

He was born in Repalle, Guntur on 03-October-1997. His parents were Srinivasa Rao & Kalavathi.

In 2013, he earned his Secondary Board of Education at Kaza’s ZP High School, and in 2015, he completed Intermediate at Nirmala Junior College.

Later in 2019, Surya Obtained a Graduation from Guntur Engineering College.

Inspired by the YS Jagan Mohan Reddy administration, Surya joined the Yuvajana Sramika Rythu Congress Party (YSRCP or YCP) in 2015 to follow in YS Jagan’s footsteps and do his part to help the people in a better way.

He worked in the Students Wing in 2017, designated as the General Secretary by providing services and bring a solution to the problems faced by students in College and also for the welfare of people up to 2020.

For his excellent performance during the process of his service in 2020, He was appointed as the Constituency Youth Leader of Jagan Sevadal and served with gratitude, and constantly worked hard for the committed position.

He provided a kind of encouragement with a passion to serve the people as a State General Secretary of AP Yadav’s Sangam in 2021 to promote the right perspective towards the need for holistic and sustainable development in people by doing his part to alleviate the hardships faced by people to date by constantly striving for the welfare of the people and expressing his feelings of service.

What lies behind us and what lies before us are tiny matters compared to what lies within us. 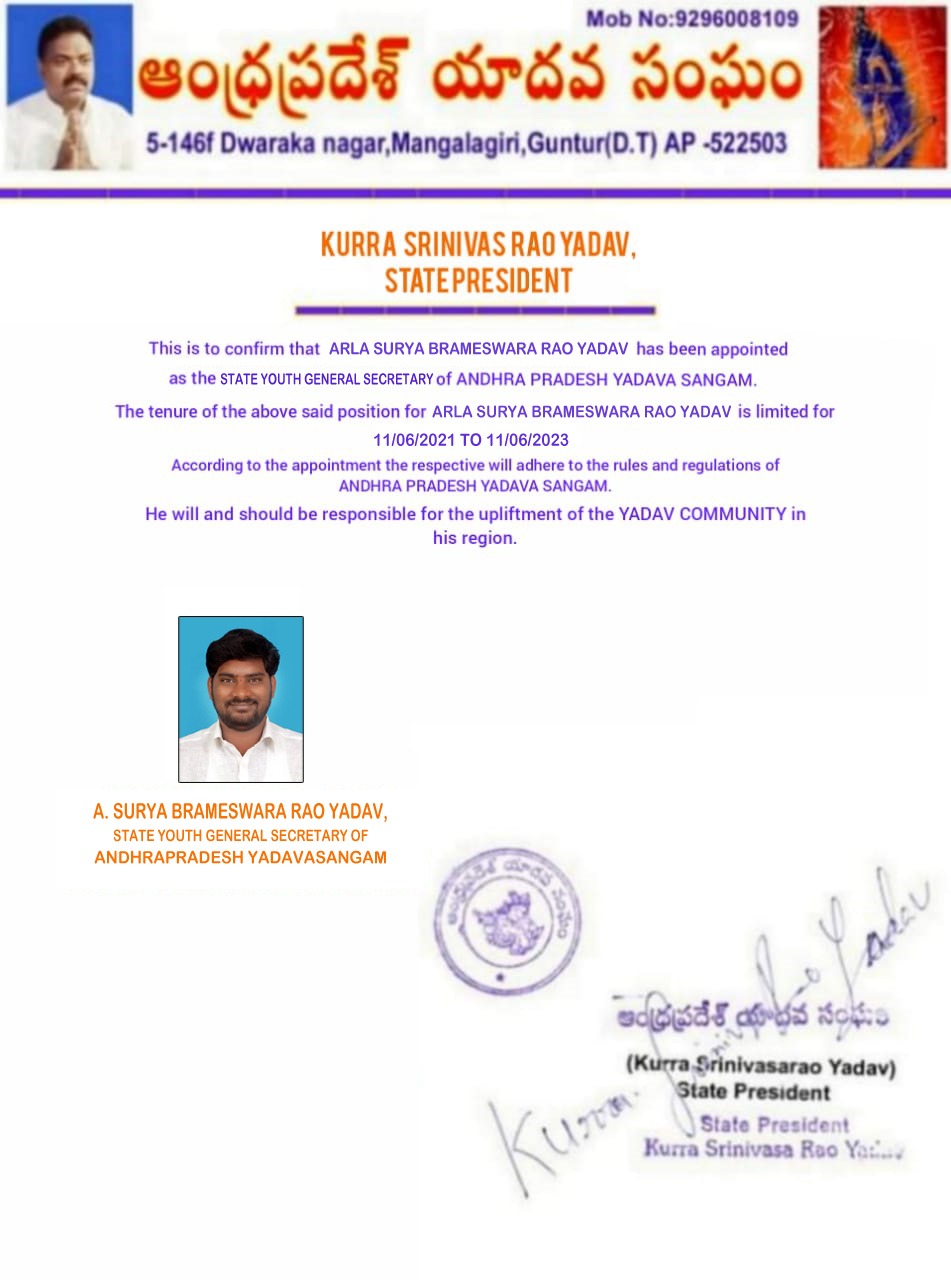 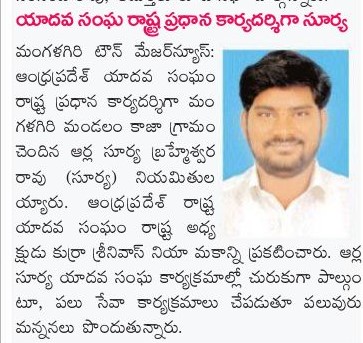 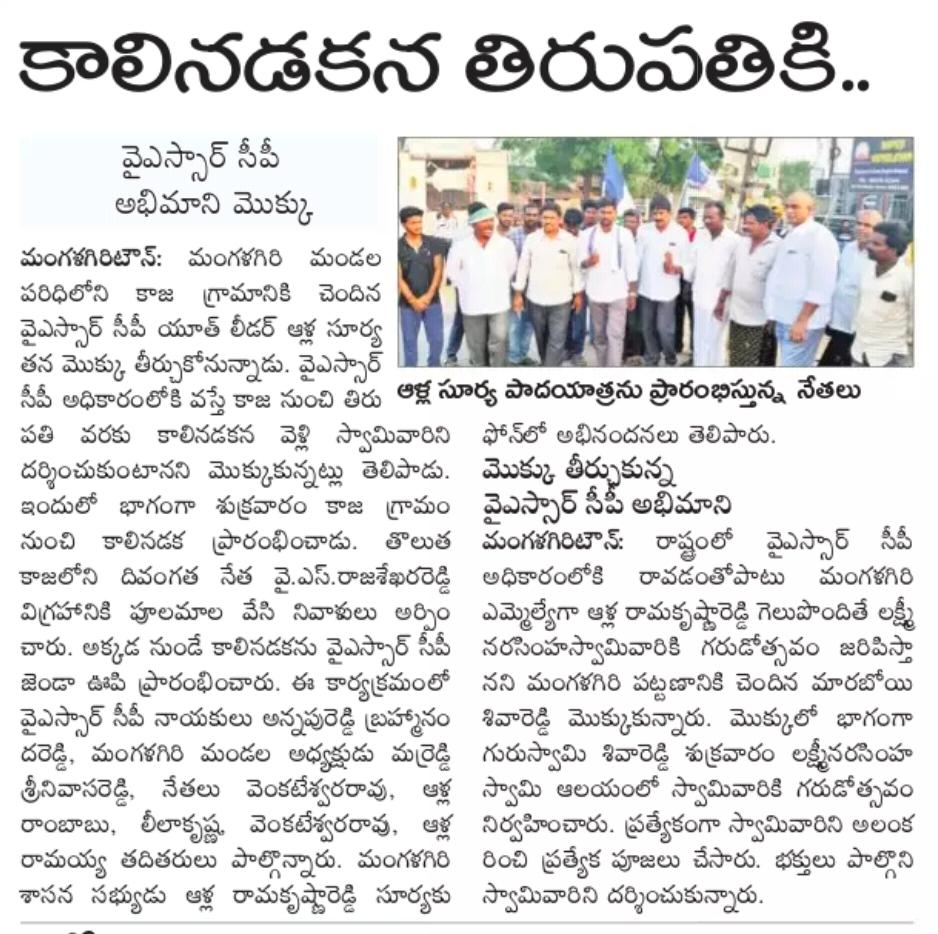