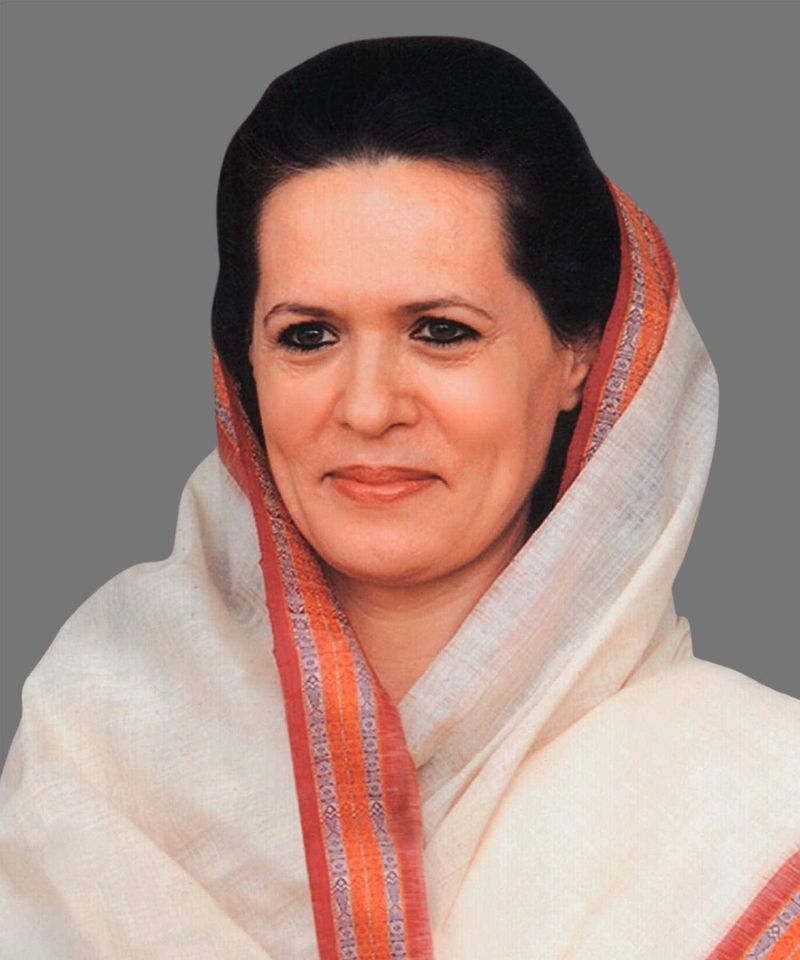 Sonia Gandhi is the President of the Indian National Congress(INC) party. She is the most dedicated and powerful women in the world. She was born on 09-12-1946 to Stefano and Paola Maino in a traditional Roman Catholic Christian family in Lusiana. She completed her primary education by attending the local Catholic schools. She moved for language classes to Cambridge, England, where she met Rajiv Gandhi a Former Prime Minister of India, and later married him in 1968 the same day when Indira married Feroz Gandhi decades earlier. Gandhi has a Diploma in the conservation of oil paintings from the National Museum in New Delhi.

Sonia spent most of her married life largely as a private citizen looking after her family. She was a companion to her mother-in-law, Indira Gandhi, during many of her official duties and frequently acted as her hostess. During the years 1984 to 1991 when her husband was Prime Minister and then briefly leader of the Opposition in the Lok Sabha, she assumed a limited public role, mostly accompanying him on his tours in the country and abroad. At the same time, she looked after his parliamentary constituency, Amethi, in the state of Uttar Pradesh, concentrating on health-care camps and other welfare activities.

After the assassination of her husband in May 1991, she established the Rajiv Gandhi Foundation, a non-governmental organization, and its associated think-tank, the Rajiv Gandhi institute for Contemporary Studies and she was the Chairperson of the foundation. After her husband’s death, Gandhi was invited by Congress leaders to lead the party, but she declined. She agreed to join politics in 1997. She campaigned vigorously on behalf of the party and became the President of the Indian National Congress Party in April 1998.

In the 2004 General Elections, she led the electoral campaign of her Party which secured the largest number of seats. This enabled the Congress Party to form a coalition government (UPA). In this election, she was elected as a Member of Parliament from Rae Bareily in Uttar Pradesh. She was also the Chairperson of the National Advisory Council (NAC) till May 2006, a forum that made periodic recommendations to the government.

When the BJP-led NDA formed a government under Atal Bihari Vajpayee, she took the office of the Leader of Opposition. she was unanimously chosen to lead a 15-party coalition government with the support of the left, which was subsequently named the United Progressive Alliance(UPA). As chairperson of the National Advisory Committee and the UPA, she played an important role in making the National Rural Employment Guarantee Scheme and the Right to Information Act into law. In 2013, Gandhi became the First Person to Serve as Congress President for 15 years consecutively. In the same year, Gandhi condemned the Supreme Court judgment supporting Section 377 of the Indian Penal Code and backed LGBT rights.

Having stayed away from campaigning for elections since 2016, Gandhi addressed a rally at Bijapur, which comprised five legislation assembly constituencies while Congress emerged as the second-largest party in the election with 78 seats behind the BJP. Gandi played an Active Role in orchestrating a post-poll alliance with the Janata Dal (Secular).

Rahul Gandhi, taking responsibility for the Congress party’s second consecutive loss in general elections held in 2019, resigned from the post of President on May, 25. Following the resignation, party leaders began deliberations for a suitable candidate to replace him. The Congress Working Committee met on August, 10 to take a final call on the matter and passed a resolution asking Sonia Gandhi to take over as Interim President until a consensus candidate could be picked.

Sonia Gandhi particularly interested in issues related to the Environment, Empowerment of the disadvantaged, especially women, and the Welfare of Children. Sonia Gandhi was listed as one of the fifty best-dressed over the 50s. She follows the style quote “Simple is Stylish”.She appeared in the magazine many times as the Most Powerful Person. She has Authored Two Books Rajiv and Rajiv’s World.

Sonia is the widow of Rajiv Gandhi. She has two children, Rahul Gandhi who also served as President of the Indian National Congress party from 2017-2019. Priyanka Gandhi General Secretary of the All India Congress Committee and In charge of Eastern Uttar Pradesh.

The Awards which she got:

The Books upon Sonia Gandhi: 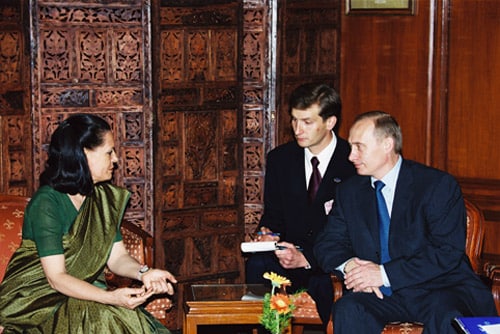 Sonia Gandhi as Leader of Opposition, meeting with the President of Russia Vladimir Putin during his State visit to India in October 2000 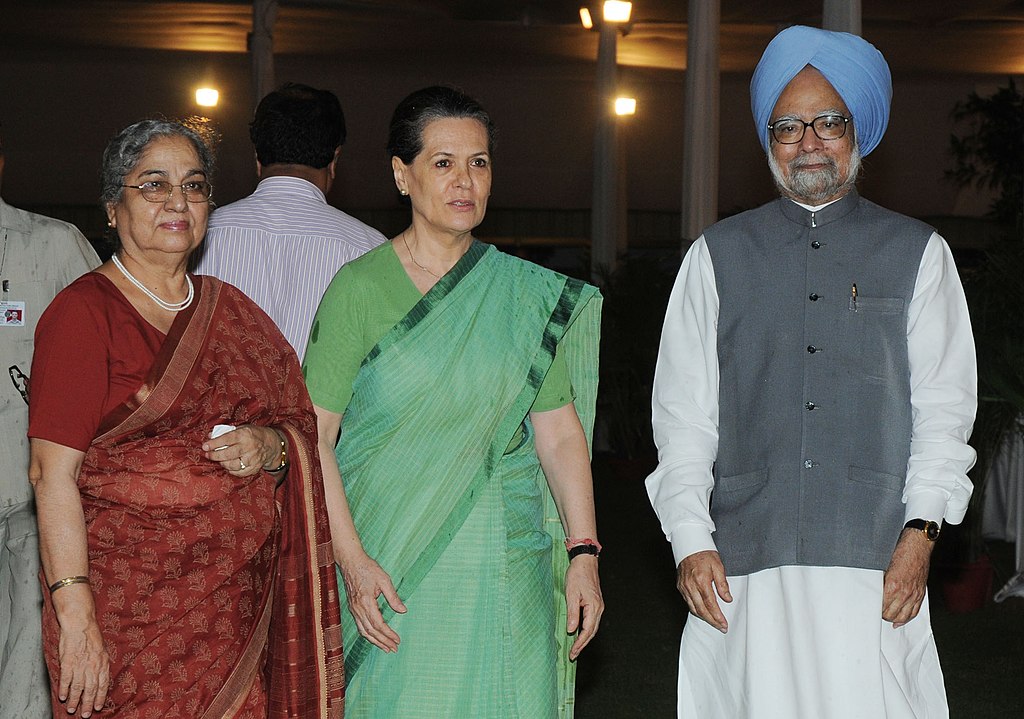 Sonia Gandhi with 13th Prime Minister of India Manmohan Singh and his wife Gursharan Kaur at an Iftar party in New Delhi in 2010. 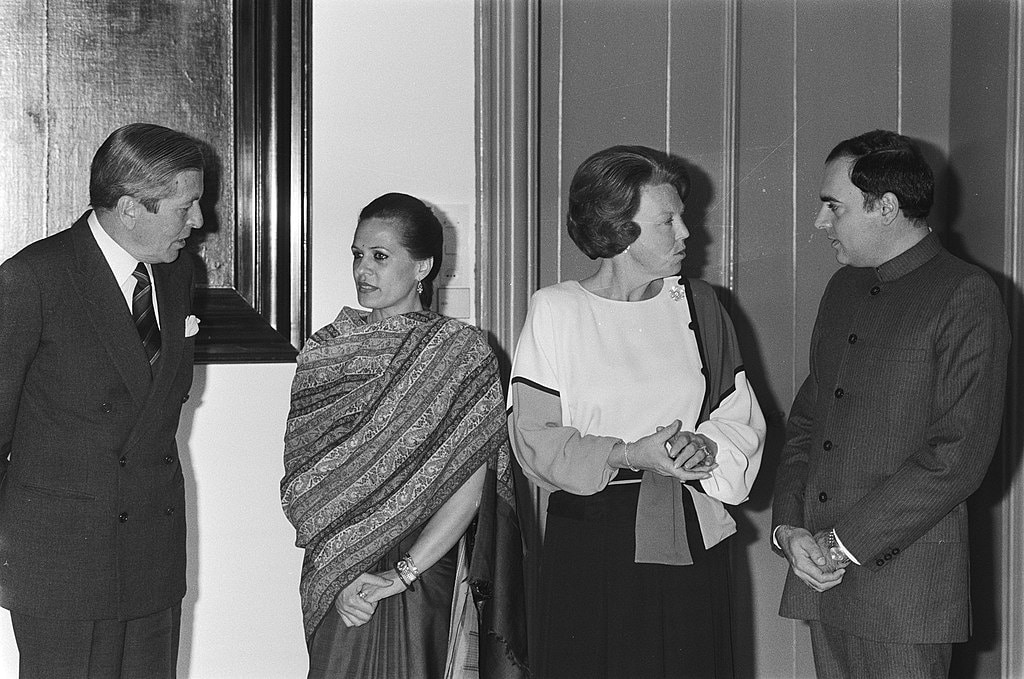 Queen of the Netherlands Beatrix with Prince Claus meeting Rajiv and Sonia Gandhi. 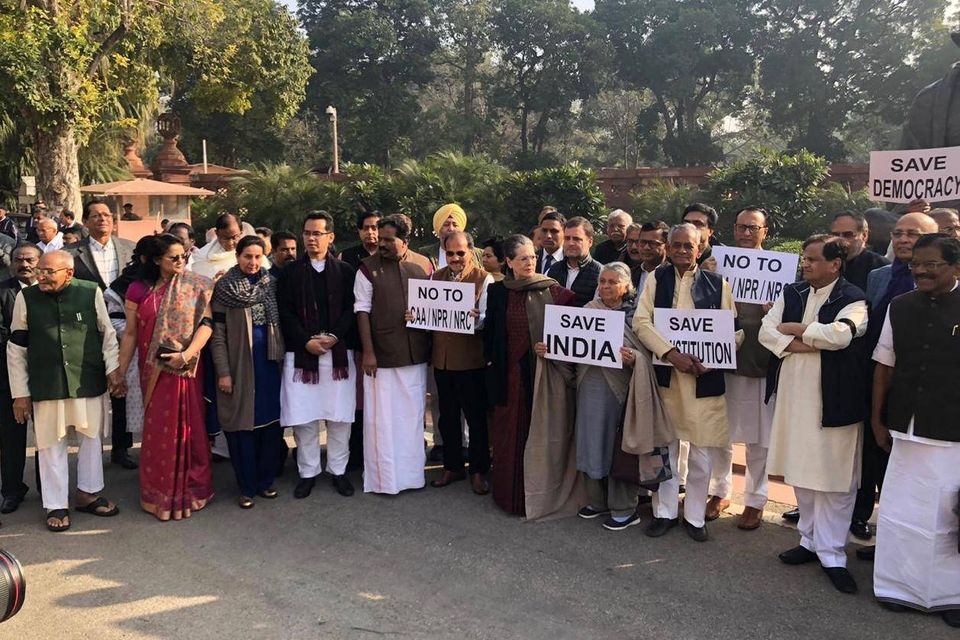 Protest against the BJP govt's 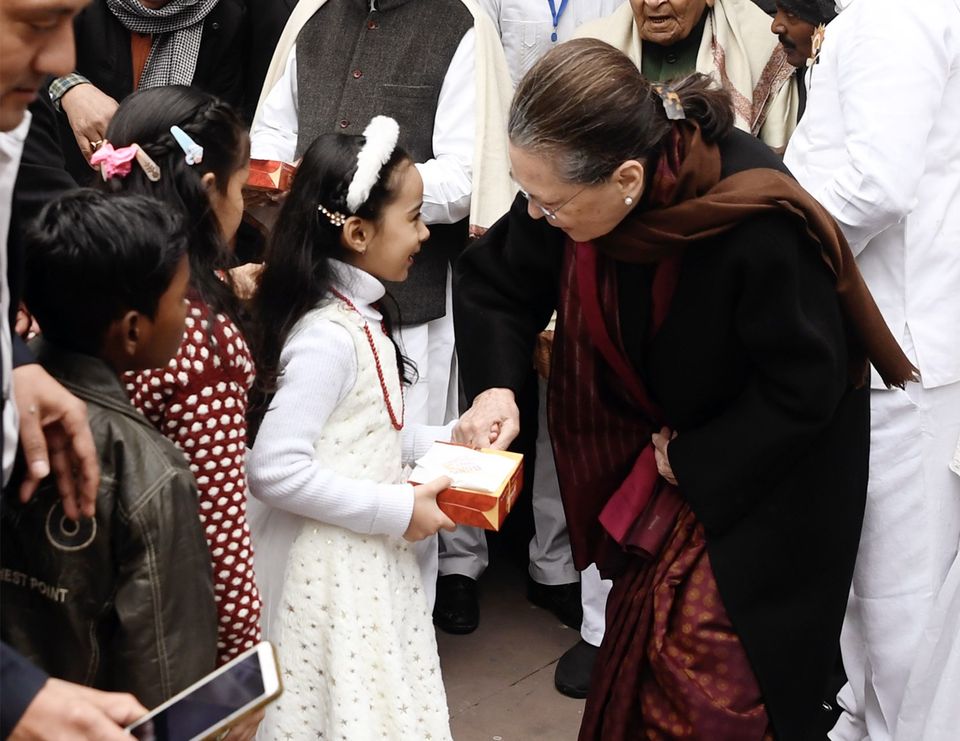 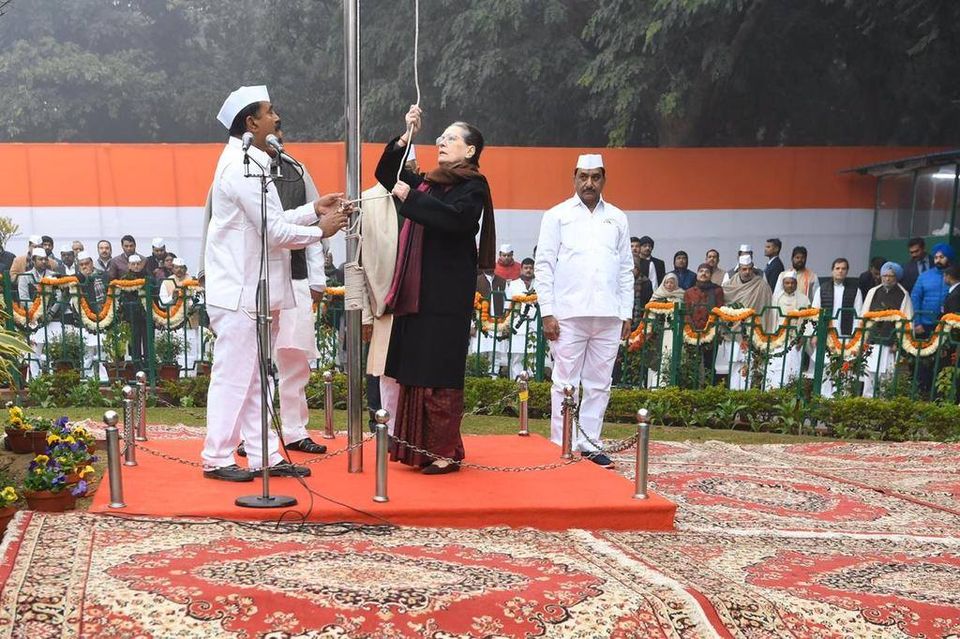 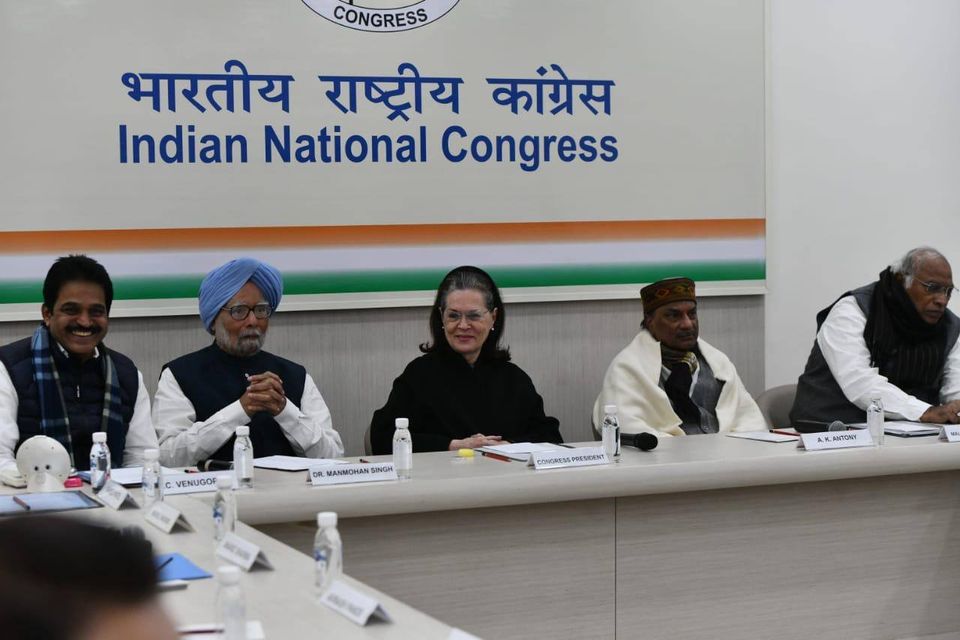 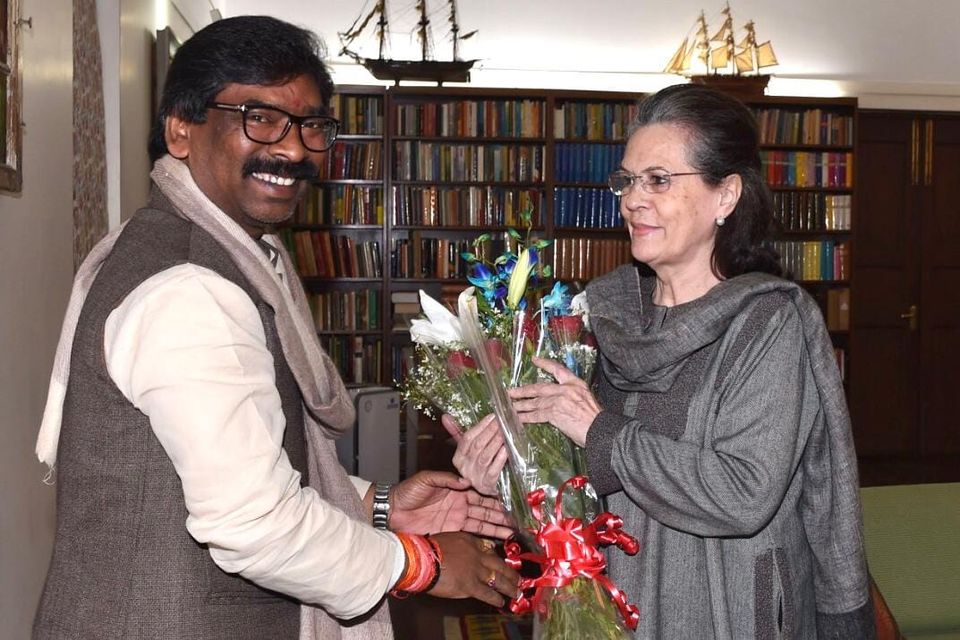 Leading the opposition protest against the murder of democracy by reading out the Preamble of the Constitution of India at the parliament marking. 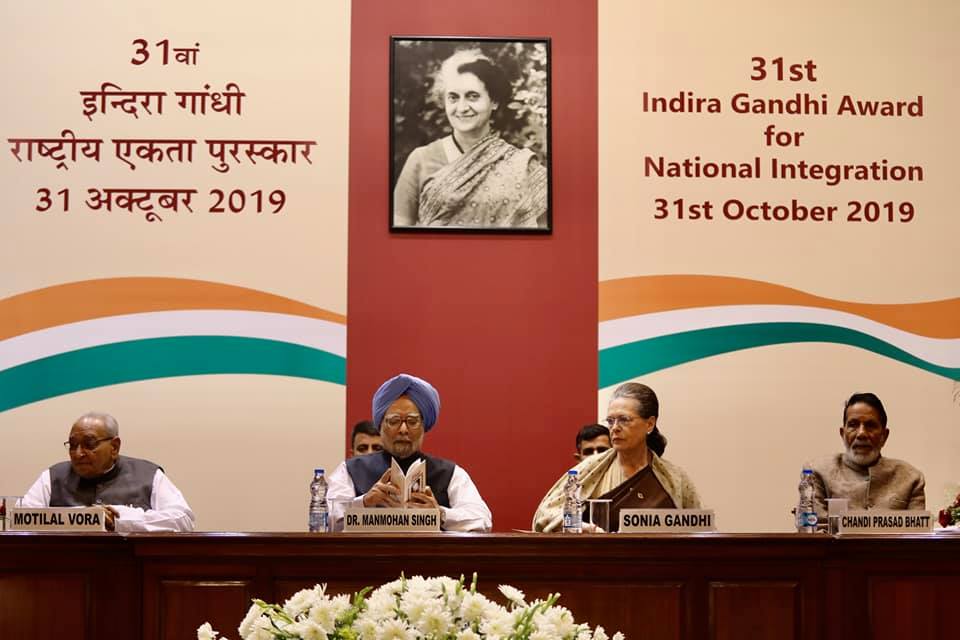 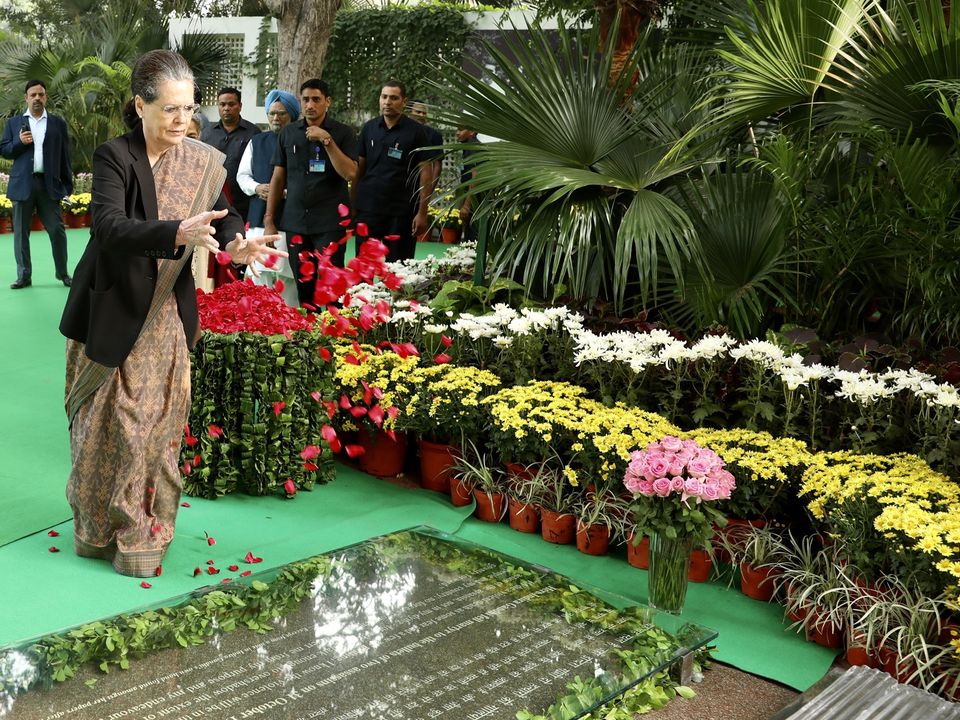 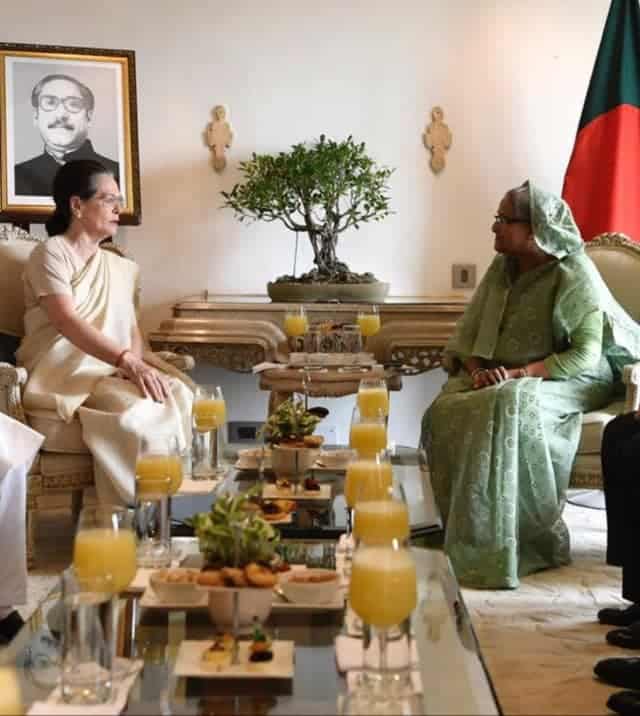 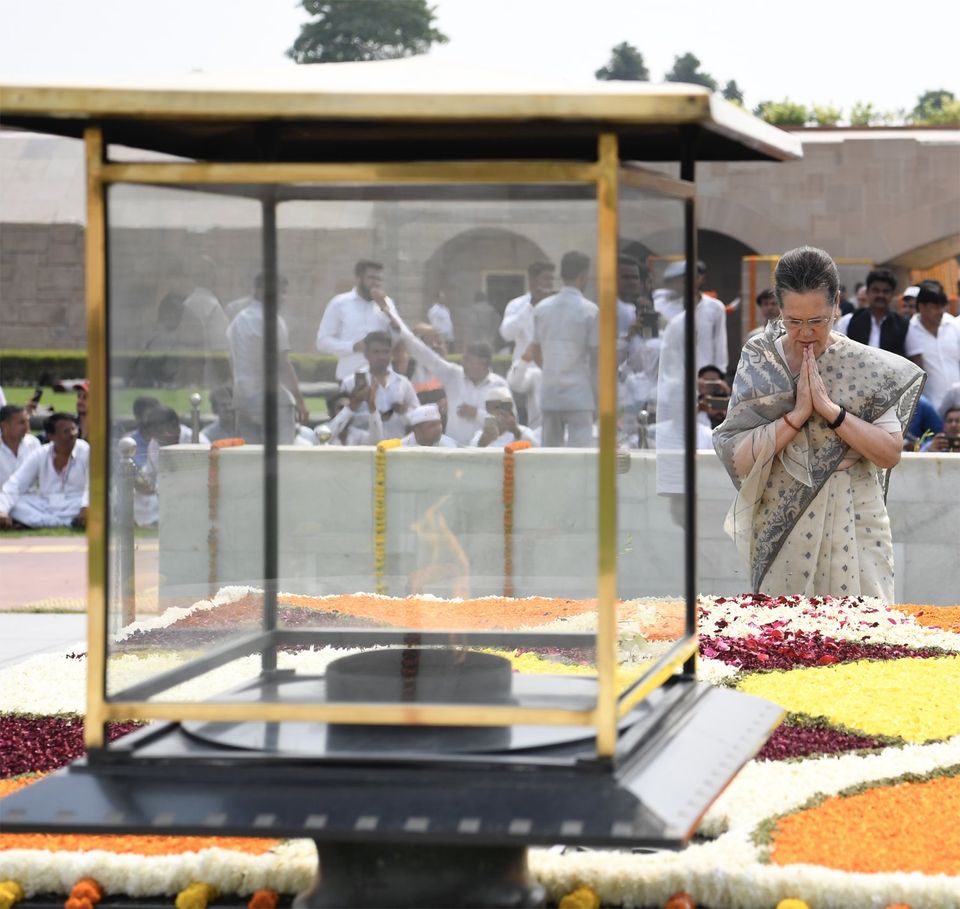 Pays Tributes to Mahatma Gandhi at Rajghat on Gandhi Jayanti

in the conservation of oil paintings from the National Museum in New Delhi.

from the Amethi parliamentary constituency

in the Lok Sabha

Chairperson of the NAC

Priyanka Slams Yogi over speeding ‘crime meter’ in UP https://t.co/OeFO6cLRrq

It is self explanatory, doesn't need a caption. #GodiMedia https://t.co/72JZeaqjbl

Changing colors is the nature of BJP. BJP must look into its past before making any statement. https://t.co/6X44lKl9I9

Nation needs assurance China will revert back to original position on LAC: Sonia Gandhi at All Party Meeting https://t.co/CedXFBRx40

It was a great interaction. https://t.co/EP0CUGykoJ

Go through this thread. https://t.co/BcUR3f2oc7

So sad to hear of the passing of S. Jaipal Reddy @INCIndia leader, spokesman & former Minister. Despite ill-health which confined him to a wheelchair in his last years, he remained a man of conviction & courage, as well as considerable charm. RIP pic.twitter.com/OQbWHgDbCm

It was pleasure meeting you all. https://t.co/Z2KXZE82kM