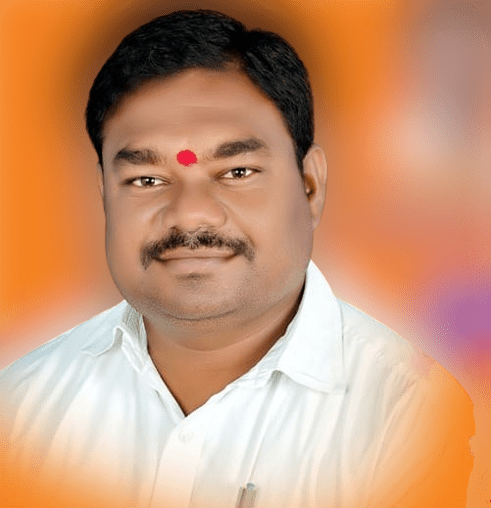 Soma Baskar Goud is an Indian Politician and State Secretary of the Shiv Sena Party, Telangana, and was the National President of the Bhavi Bharata Party.

Soma Baskar Goudwas commonly known as Soma Badrinath Goud was born to the couple Mr. Soma Laxman Goud and Mrs. Soma Manemma on the 11th of November 1980 and resided at Malleswaram in Pentlavelli Mandal of Nagarkurnool District in the State of Telangana in India.

In the year 1994, Baskar Goud obtained his Secondary Board of Education from Zilla Parishad High School located at Pentlavelli Mandal, Nagarkurnool, and completed his Intermediate course from RTI Junior College in Kollapur, Nagarkurnool in 1996.

Before the accomplishment of his Education, Baskar Goud began his political career in 1990 by entering the Rashtriya Swayamsevak Sangh Party (RSS). After joining the RSS he has gone through the Initial Training Camp(Prathmik Shiksha Varg).

Later on, He moved to the second level, called Pratham Varsha Sangh Shiksha Varg for physical and ideological training. As part of his role, he conducted RSS camps throughout the village.

And then he joined ABVP(Akhil Bharatiya Vidyarthi Parishad) Upon Joining, he was designated as the Mandal President of Pentlavelli from ABVP in 1994 to serve the people and tackle the issues raised by executing his tasks effectively and adhering to the party’s policies and guidelines.

He holds several positions in ABVP during the student phase and shows his solutions to every problem faced by the students by providing his support. In the year 1993, Baskar officially switched to through the Bharatiya Janata Party(BJP) which was founded by Atal Bihari Vajpayee (Former Prime Minister of India) and Lal Krishna Advani(Former Deputy Prime Minister of India).

Baskar Goud takes a genuine interest in the Party and participates proactively in every activity, executing his responsibilities in accordance with a code of conduct and for the benefit of the party’s public exposure.

For his work humility towards the growth and the welfare of the people, in the year 1994, he was appointed as the Village President of Malleswaram and Mandal Committee Member of Pentlavelli by BJP by providing services to the people by satisfing the requirements of everyone who appealed to him for assistance.

In addition to his primary responsibilities, in 2001, he was appointed and served as the District Vice President of Nagarkurnool by BJP to ensure that the initial and subsequent tasks run smoothly as a process of excessive commitments.

After receiving the authority and performing every activity as his responsibility for the welfare of the people, Baskar Goud resigned from the BJP party as there were complications raised in the party based on the issue of Two States Single Vote( ఒక్క ఓటుకు రెండు రాష్ట్రాలు కాకినాడ తీర్మానం).

In the year 2001, Baskar Goud joined the Telangana Sadhana Samiti (TSS Party) which has been established during the movement of Telangana, and was appointed as the Vice President by working for statehood for the Telangana region.

And then, Baskar Goud switched to Telangana Rashtra Samithi (TRS) in 2002 and participated in the Telangana Movement i.e., from 2004-to 2014, by playing an active role and fighting for the creation of a new state, Telangana, from the pre-existing state of Andhra Pradesh in India.

He participated in many social Programs and was involved in Million March, Bike Rallies, and Dharan’s to form Telangana as a separate State. Baskar Goud was imprisoned while participating in the movement.

His unwavering commitment and true effort gained him a respectable position in society and made him establish Bhavi Bharata Party in 2014 and served as the National President of the Party constantly working for the people, thinking about their welfare, and gained immense admiration from the people.

Baskar Goud extended his service and work by joining the Shiv Sena Party (the right-wing Marathi regionalist and Hindu ultranationalist Political Party) in 2017 involved in a number of economic growth-oriented developments for the Shiv Sena.

For his determination, he was promoted as the State Secretary of Telangana from Shiv Sena to discharge his duties from 2017 only for the good of the people without compromising on the trust placed in him by the party.

During the Time Period of elections in 2019, Baskar Goud was contested for the honorable seat of MLA for the Kollapur Constituency from the Shiv Sena Party but was defeated owing to the late filing of Biodata Form his seat has been shifted to scrutiny due to unavoidable considerations. During this Period, Only from the Shiv Sena Party around 80% of Candidates contested for the MLA Position.

For his perseverance, dedication, and service, Baskar Goud extended his service work by joining the Praja Vikas Swachanda Seva Sangham ( ప్రజా వికాస్ స్వచ్ఛంద సేవా సంఘం ) in 2004 and he has been serving as the volunteer which was assigned and rendered services to many through his kind heart by fulfilling the tasks assigned to him and won the response of the people.

In the year 2009, Baskar Goud started a Gouda Jana Jagruthi Magazine by creating awareness about the importance and the rights of the community people for their growth and the recognition in the society.

He won the admiration of the people by using the responsibilities, duties, and powers assigned to him so that he was honored as the State Vice President of Telangana Gourava Jalahakkula Sangham(తెలంగాణ గౌరవ జల హక్కుల సంఘం) in 2009 for the good of the people without jeopardizing on the faith placed in him.

In the year 2017, Baskar Goud was appointed to the Srisailam Flood Management Association (శ్రీశైల నీటి ముంపు నిర్వాహకుల సంఘం) State President of Telangana and a hunger strike was carried on for 185 days in order to protect the communities in Srisailam that were affected by the flooding and bring justice to the victims.

Being serving in the assigned positions, Baskar Goud has performed many social and welfare activities for the people. From the moment he began his social life till now he has been using all his resources for the people and pursuing his happy life of public welfare. 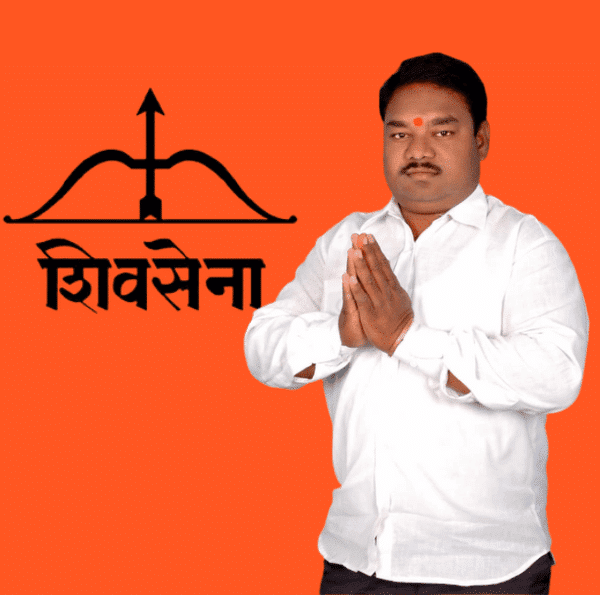 “Social Service is the only final destination in everyone’s life and we just need to find out the way to achieve it.” 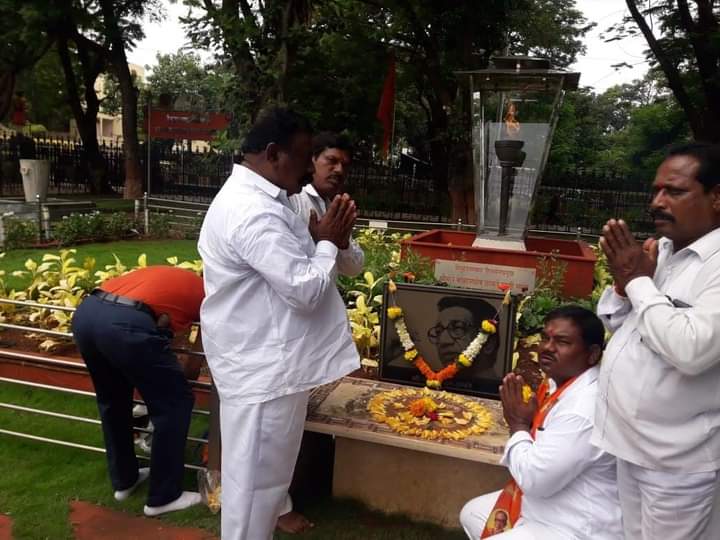 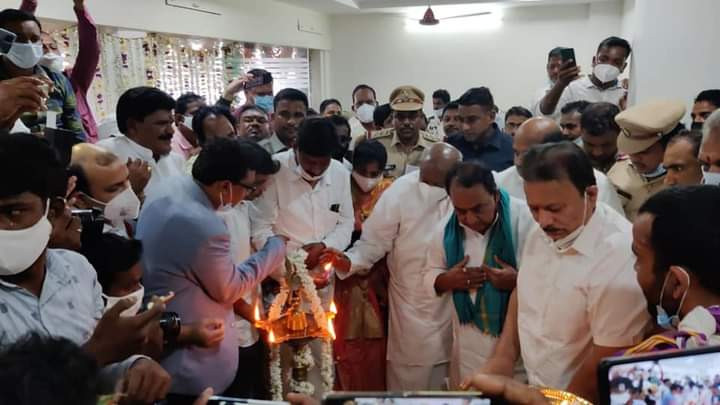 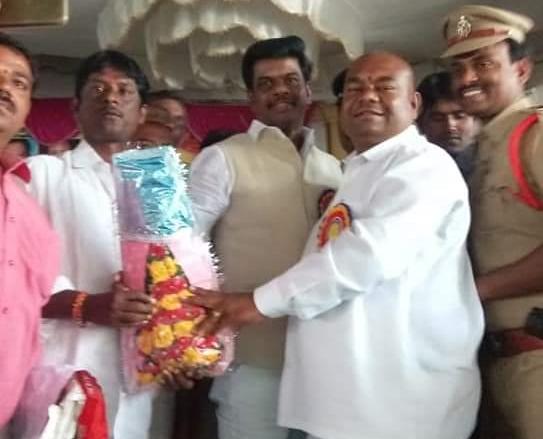 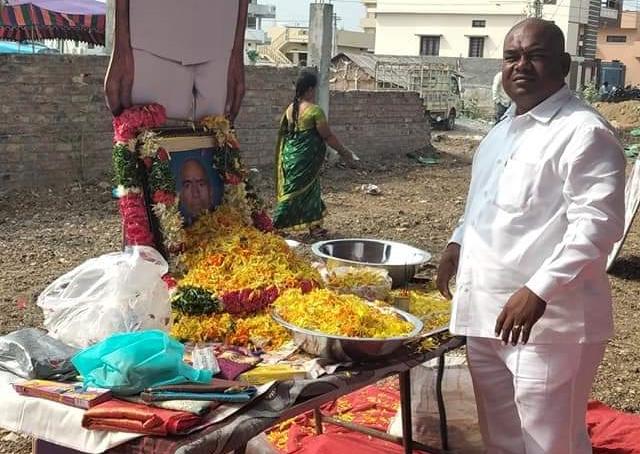