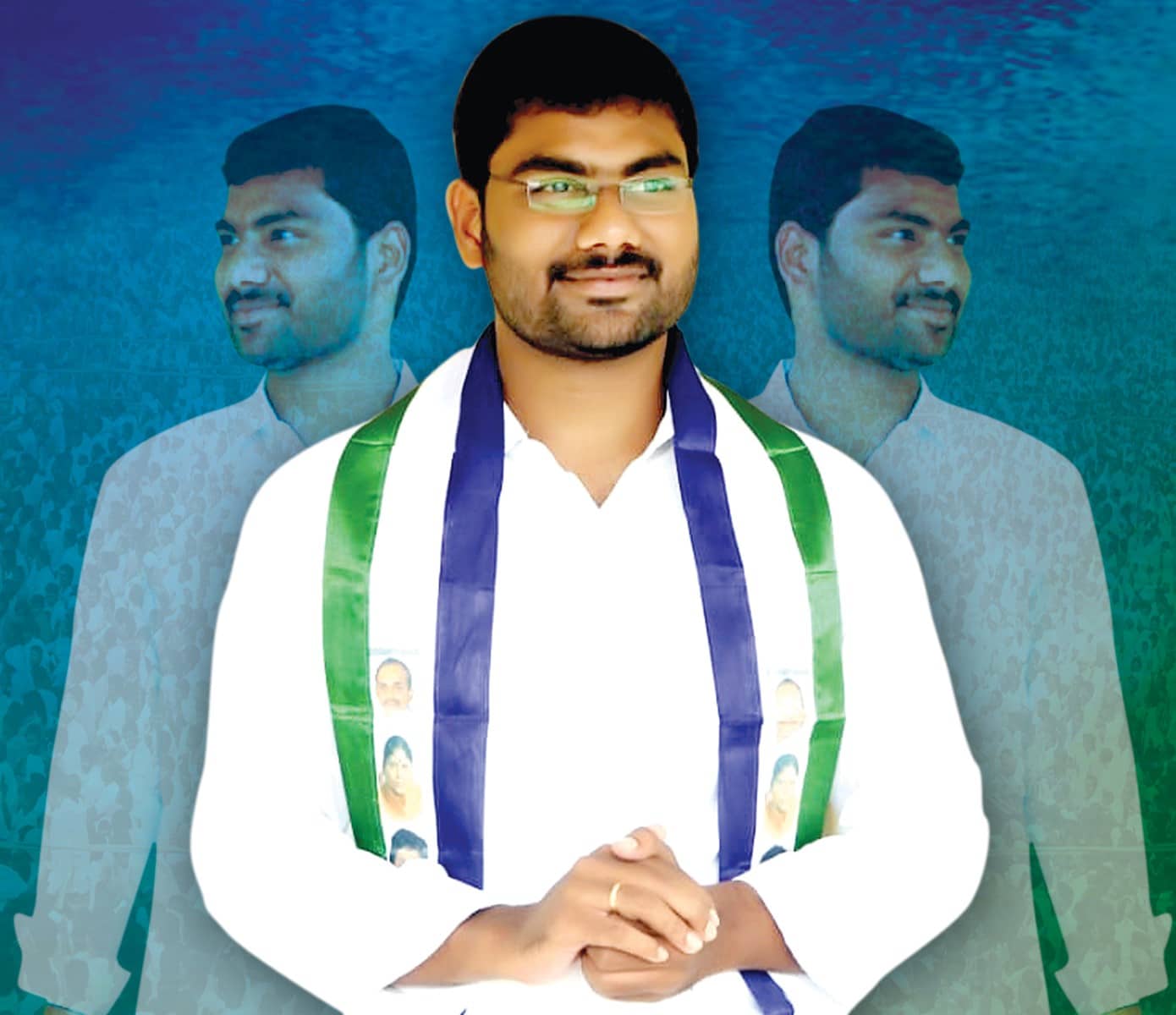 Siva Narendra Naidu is the Founder and Managing Director of RSN GINFO Solutions. Pvt. Ltd. , Vice – Chairman of Rangumudri Group of Colleges and also serving as the Correspondent of Rangumudri Grammar School ( CBSE ) in Janardanapuram of Chilakalapalli in Balijipeta Mandal of Vizianagaram District, Andhra Pradesh.

Narendra Naidu belongs to a traditional family and is one of three siblings. His father Ganapathi Rao Rangumudri is the veteran of Indian National Congress, is a good agriculturist founded an NGO in the name of Rangumudri Educational Society (http://www.rangumudri.com/) in 1994 to cater the educational needs in remote rural areas.

His mother, Dr. Ramadevi Rangumudri is a devout and a doctoral awardee of Ph.D. for her research work on Education and Values in Modern Indian Thought is now appointed as Chairperson, A.P. State BC ( Dasari ) welfare and Development Corporation, Govt. of Andhra Pradesh, India.

And Former Secretary and Correspondent of their Organizations which are established from K.G to P.G. The progressive,rational attitude of Naidu’s father and the religious temperament of his mother helped shape his thinking and personality.

Narendra Naidu was interested in Spirituality Mechanisms with lateral and logical thinking from childhood and subservience, Public service from a young age and used to mediate and moderate before the image of duties such as Lord Shiva , goddess Saraswathi and etc., he fascinated by wandering ascetics and eminent.

Narendra Naidu graduated with Bachelor of Mechanical Engineer at Gayathri Vidya Parishad College of Engineering, born and brought up from his birth place by assisting their educational institutions and completed his studies up to Master of Business Administration in 2020 from JNTU, Kakinada, Andhra Pradesh.

Siva Narendra Naidu was brought up with positive mindset and Creation of Moral responsibility, Hardworking by imposing the ethical values of Social, Spiritual and Economic life among the people working for National integration by securing their bread and butter.

While continuing his Studies, Naidu managed a CBSE School in the capacity of Correspondent and General Secretary aiming to develop the every individual with leadership qualities, Good Life skills and for the Nation development.

In 2017, Narendra Naidu founded RDM Academy an NGO aiming to assist the citizens in Education, Skill development and conducted many relevant programmes. One school also has been affiliated with Central Board of Secondary Education. Established an IT company with the name and style of RSN GINFO SOLUTIONS PVT. LTD. During 2019 in Andhra Pradesh, India by employing 40 people working for USA clients. One more branch is functioning from 2021 on the same above line is at Wyoming, USA.

An Active Youth Icon, interesting participant of YSR Congress Party’s all activities since 2013 and Mass communicator regarding Jagananna welfare schemes.

Despite growing professionally, Naidu headed the student associations at all levels to support the beneficiaries of Govt. Schemes to promote the required people for their welfare and growth.

Siva Narendra Naidu was drawn into politics in 2013 though Yuvajana Sramika Rythu Congress Party (YSRCP) along with his big group of youth who were greatly inspired by the party founder Sri Y. S. Jaganmohan Reddy’s sense of service to the people in Andhra Pradesh.

Since the day he stepped in Siva Narendra Naidu is working enormously by conducting Motivational camps on Party Activities. His special emphasis to reach the Manifesto of the YSRCP towards welfare schemes to the deserving people who are poor and needy.

In 2019, Recognizing his efforts, Hard work and Talent , he was given the title of Youth Icon by the Party.

Being the part of YSRCP, Siva Narendra Naidu expresses keen interest and  performs every activity as a Youth Convener for the welfare and the development of the people in the Parvathipuram, Kurupam, Bobbili Assembly Constituencies by discharging his devoted duties with a code of conduct and also to popularize the YSRCP activities in the society. 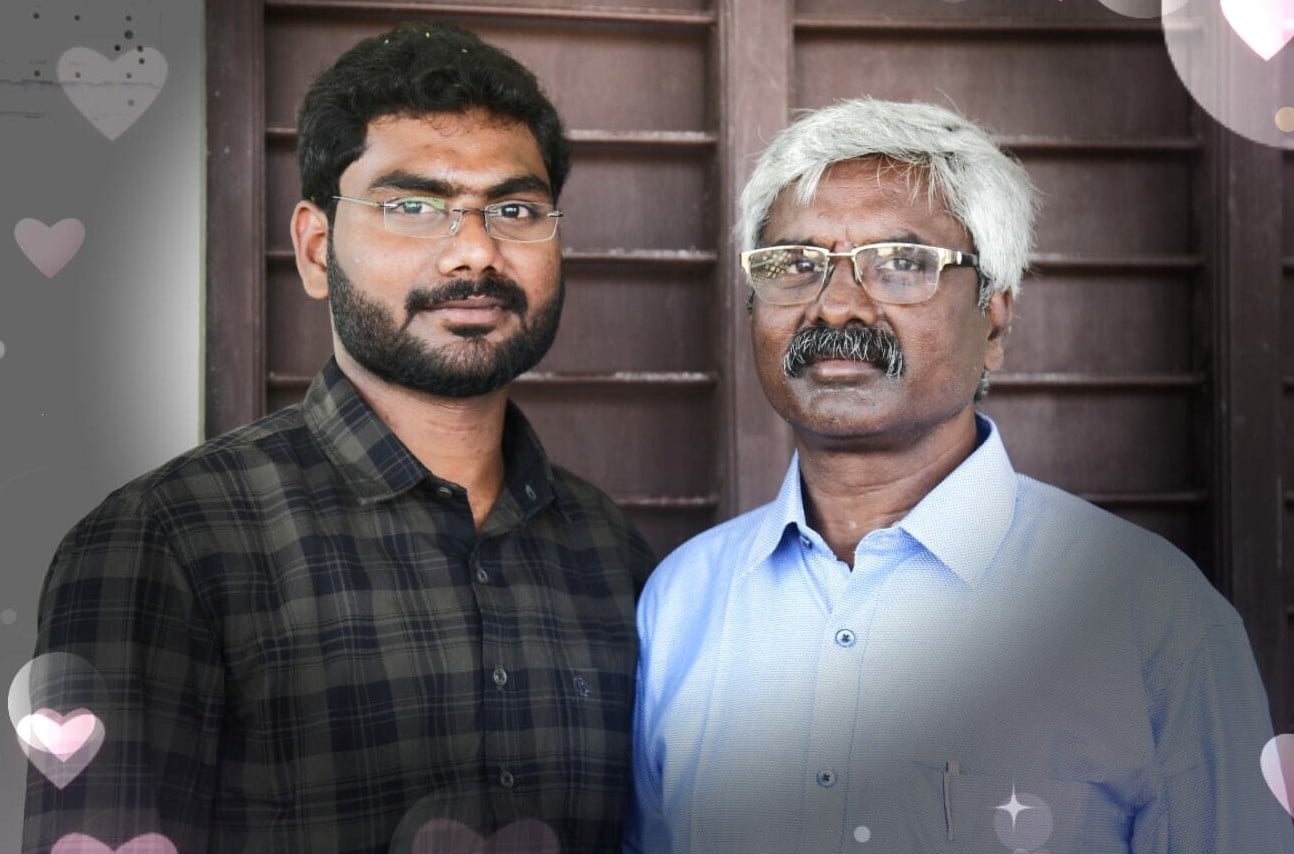 The person with an Obvious Vision, Precious Passion, and Incredible Knowledge. His father instilled in him the values of bravery and strength, and he continues to inspire others. He encouraged to stand on one’s own two feet and keep moving in the direction desired to go. 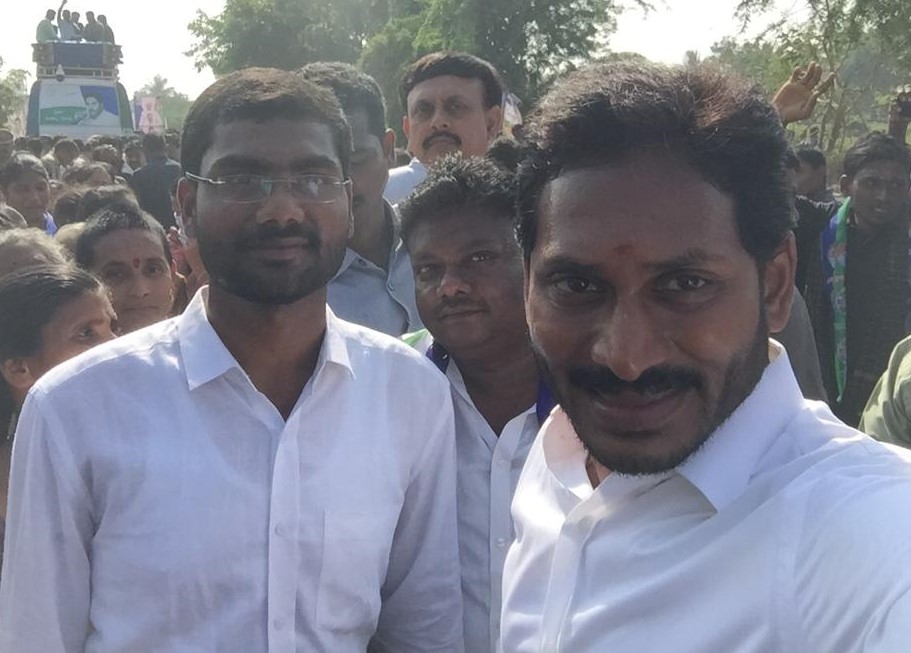 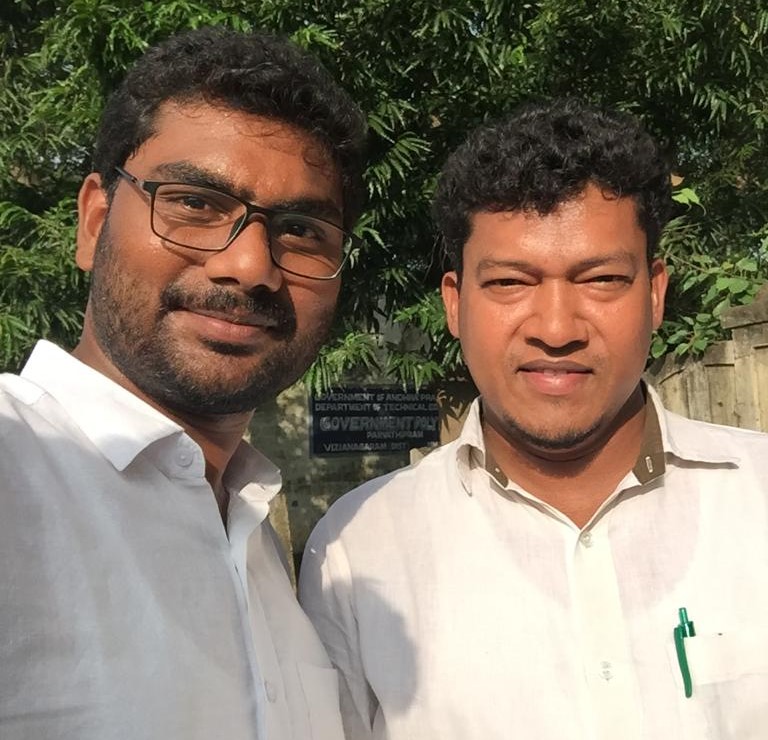 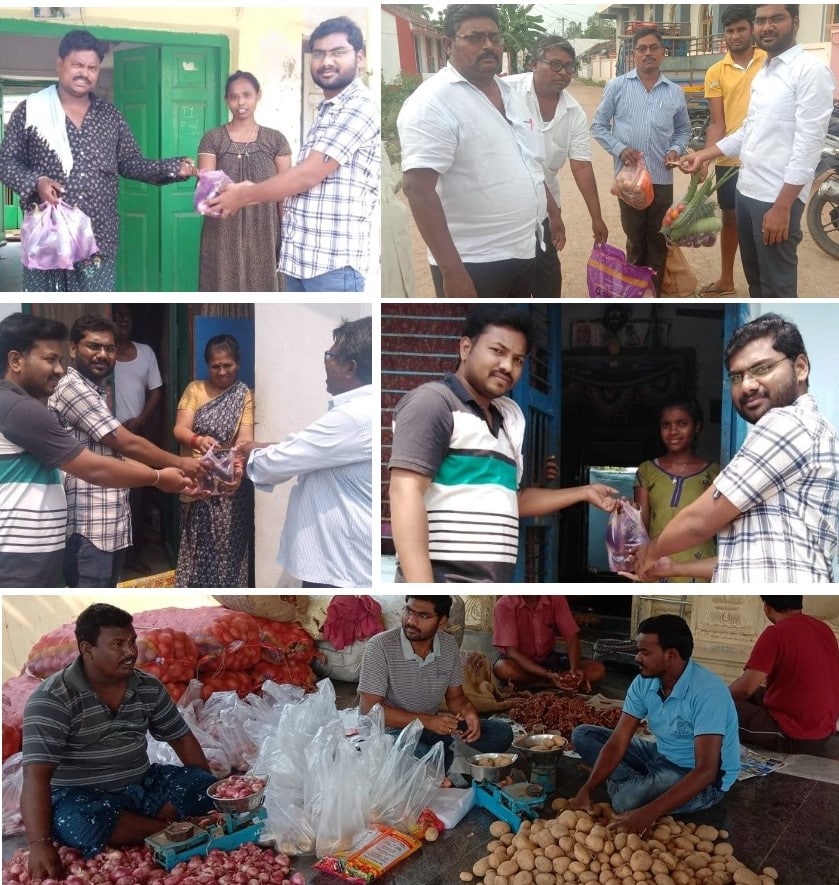 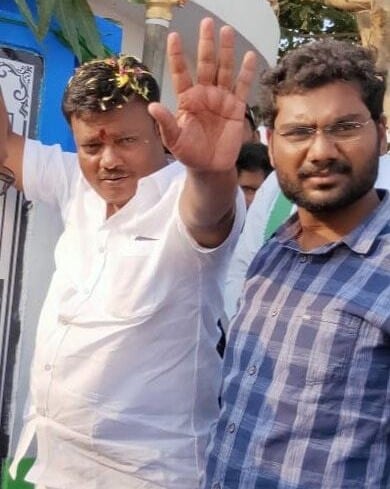 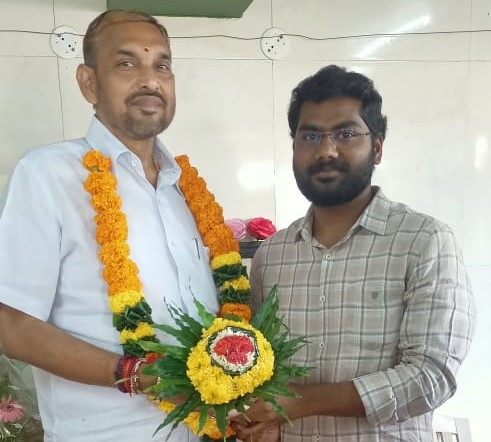 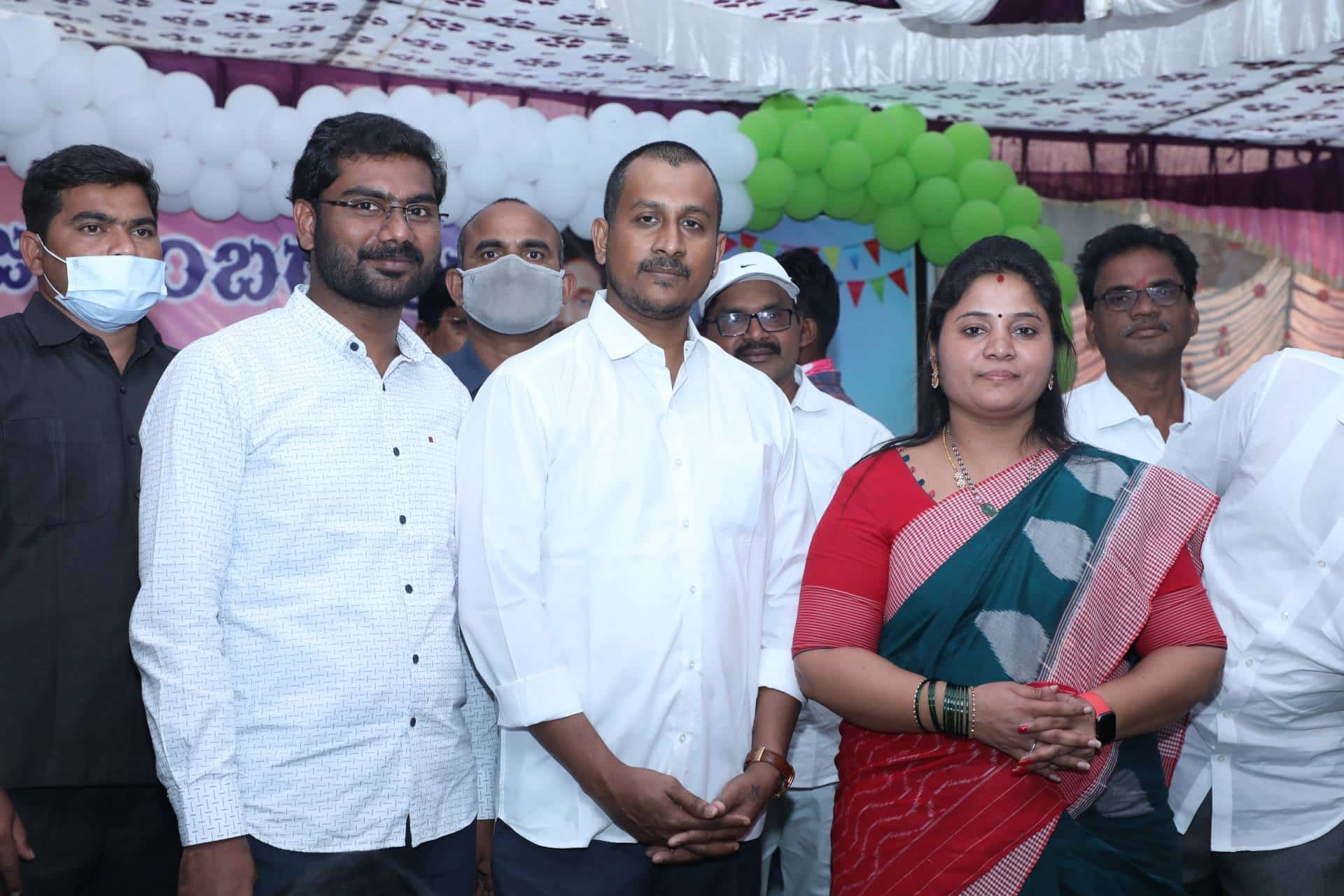 from Gayatri Vidya Parishad College of Engineering (A), Visakhapatnam

of Bobbili, Srungavarapukota, and Kurupam Assembly