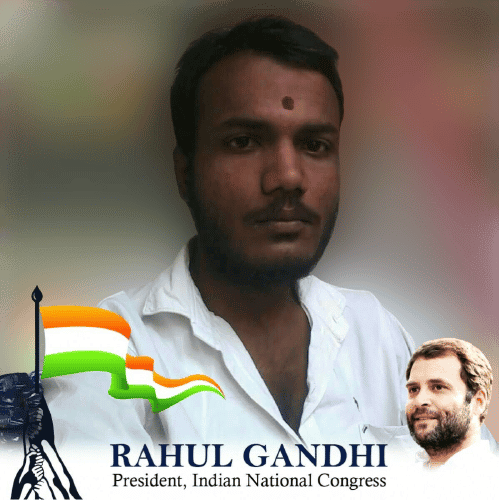 Sindhe Rahul Patil is the Mandal Vice President of Birkur, Kamareddy district. He was born on 20th August 1996 in Birkur. His parents were Madhukar Rao.

He was a Farmer by his Profession he has been in the Agricultural field for 10 years.

Rahul Patil is a person who wants to do something for society on his own from what he has earned from the beginning.

Rahul Patil switches over the Indian National Congress(INC) party and took over party responsibilities under the party authorities.

Rahul Patil was selected to the designation Mandal Vice President of Birkur, Kamareddy district in recognition of his outstanding service and valuable contribution to society.

He demanded a cheaper price for the paddy crop and a waiver of loans to farmers. Rahul staged a Dharna and demanded the implementation of the KG to PG education system. The NSUI leaders demanded immediate sanction of a double bedroom for the poor who are not getting it.

Along with the Congress Leaders, Rahul organized a Dharna demanding an immediate reduction in petrol and diesel prices hiked by the government.

Rahul Patil’s effort during the Pandemic:

-As a responsible Congress leader Rahul Patil gave his contribution even during the covid crisis.

-Rahul put his effort to serve people even during the covid second wave.