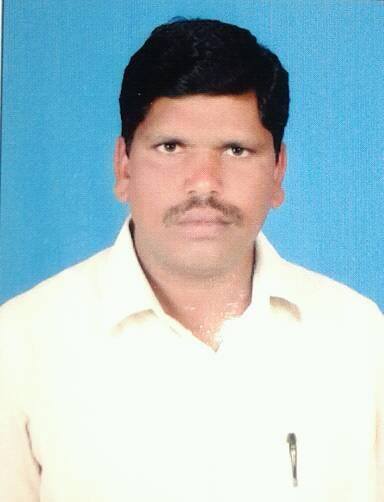 Shaik Moulali is an Indian politician belonging to the TRS party. He is a prominent TRS leader with plenty of experience in the Political field. He is currently serving as the Mandal Praja Parishad(MPP) Co-option Member of Madgulapally, Nalgonda district. He is a leader who has served the people well enough and left an everlasting imprint on them as a party worker and social activist.

On 04th June 1980 Moulali was born in Thopucharla village. His parents were Mahaboob Ali and Khasimbee.

Moulali completed his Board of Secondary Education at Zilla Parishad high school, located at Vemulapalli. He obtained his Intermediate at Dr.BR.Ambedkar junior college, Miryalaguda. Moulali graduated with a degree from Dr.BR.Ambedkar degree college, Andhra University.

He had a huge career as a Reporter. Prior to playing an active role in politics, Moulali worked as a News Reporter for 16 years.

Moulali is passionate about Social Service and is always eager to contribute to the country’s progress. His desire to help people led him to pursue a career in politics. In 1996, He was officially entered into Politics and started his Political Career with the Indian National Congress(INC) party.

He was chosen as an Active Leader by the villagers who recognized his ability to support the people in all possible ways at any given time as a social worker and party worker.

Moulali has been associated with the NSUI since 2004. The National Students Union of India(NSUI), the student wing of the Indian National Congress(INC or Congress), was established on 09 April 1971. The organization was founded by Indira Gandhi. He played a key role in the NSUI by contributing to each activity. He worked as an NSUI Youth Congress Member.

Authorities selected Moulali as Madgulapally Mandal Treasurer after seeing his persistent efforts to advance the party. He grew more politically involved throughout the Mandal Treasurer’s tenure and never stopped working for the well-being of the populace.

Later, in 2009, Moulali joined the Yuvajana Shramika Rythu Congress Party (YSRCP), where he was acknowledged as a major strategist for his contributions to the party’s success as an activist.

His ardent participation in the party and concern for the welfare of the people led to his appointment as Mandal President of Madgulapally. He essentially held the position from 2009 until 2014.

Due to certain circumstances, Moulali left the YSRCP. In 2015, he switches over to the Telangana Rashtra Samiti(TRS) party in the belief that justice could be served in only TRS governance.

Moulali began participating in activities such as party membership programs, bike rallies, election campaigns, dharnas, and rasta rokos against people’s beliefs as soon as he switched to the TRS party. His humble service captivated the minds of the people, hoping that they would connect with him.

Senior prominent politicians were impressed by his contribution to the well-being of the populace. This ultimately led to his appointment as the Madgulapally, Nalgonda district Mandal Praja Parishad(MPP) Co-option Member in 2018.

Later on, Moulali was appointed and took leadership of the Social Media Madgulapally Mandal President in 2020, and he is currently serving in the designation.

The Younus Social Service Association was established with the primary goal of resolving student issues and creating public awareness of students’ rights in the community.

Moulali organized Special Awareness Program on the Right to Information Act and Labor Rights Laws under the aegis of the Younus Social Service Association.

Many school-age youngsters are compelled to labor owing to financial constraints. Moulali would find such individuals and give them basic necessities as well as education. With the assistance of the Younus Social Service Association, many individuals are well educated and in positions of power.

Moulali Younus is running an NGO by taking donations from people who donate money from a humanitarian perspective.

-Moulali rendered his service to the Thopucharla people even during the corona which terrorized the whole country.

-Moulali put effort even during the Covid second wave. He distributed vegetables and fruits to the village people and needy people.

through the congress party