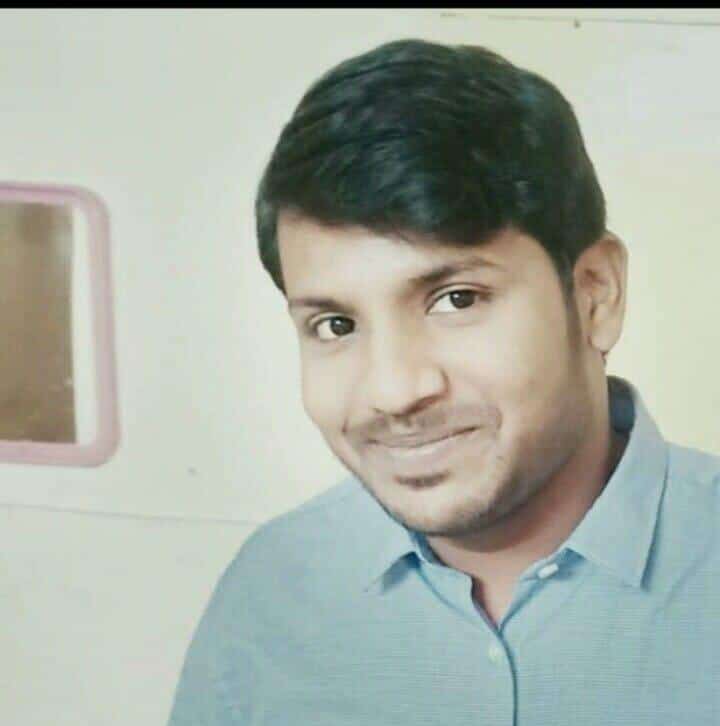 He was born on 30th July 1989 to the couple Shaik Dastagiri and Shaik Rasoolbee.

Since he was a youngster, Feroz Ahmad has had a strong desire to serve the public in attainment. He officially entered Politics through the Yuvajana Shramika Rythu Congress Party (YSRCP) in 2011 after being inspired by our beloved Chief Minister YS. Jagan Mohan Reddy, the party’s founder.

He contributed significantly to the Party’s development by participating in every event. He was elected an Active Leader by Party Officials who acknowledged his abilities to assist the public in whatever way feasible at any given time as a social worker and party worker.

After joining the party in the same year he was elected as Minority Youth President from Bangarupalyam Mandal. He effectively served in the position by fulfilling his roles and responsibilities.

Later on, in 2021, Feroz Ahmad was appointed and took charge as Mandal Parishath Co-Opted Member Bangarupalyam, Chittoor district, Andhra Pradesh state and he currently serves in the position.

“Where people hesitate to tread their steps towards service, Feroz Ahmad initiated the voluntary efforts to serve the needy people”.

In independent India, death is akin to a marriage. In such a significant death, it requires four people to bring our corpses to the crematory. However, during the corona crisis, funerals for individuals who perished as a result of the corona were not possible. It was at this time that the Muslim minority’s executed the customary cremation procedures. The BPM United Muslim Association Development Committee was founded as a result of this, with the goal of assisting individuals in peril by establishing a Muslim JAC in Bangarupalyam and executing traditional funeral rites outside the clans of many without seeking any money. 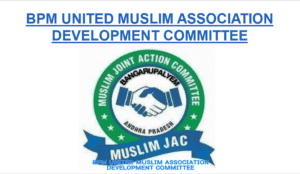 In 2020, during the Covid Crisis Feroz Ahmad established BPM United Muslim Association Development Committee with the intention of giving cremation, funeral, and aid to individuals in need and the impoverished who died from covid. His unconditional hard work and constant effort made him bring District President of the Muslim Association Development Committee.

Talented Social Workers, Teachers, Doctors, and Poets from various regions and districts of both the states who have been serving in the fields of community service, medicine, education, literature, music, etc given for the 2022 Distinguished Talent Service Gem Awards under the auspices of the Social and Cultural Service Organization. The award ceremony was held in Hyderabad to promote writers, singers, and yoga instructors.

JAC President Shaik Feroz Ahmad, JAC General Secretary Sheikh Jilani Basha, and JAC presented the “Seva Rathna” award to members of the Bangarupalya Muslim JAC Committee in Hyderabad in recognition of their outstanding service to the community and their continued service to the community during the corona of Bangarupalayam Muslim JAC. JAC member Akhtar was felicitated by the High Court Chief Justice & Human Rights Chairperson Shri Chandraya Award and other dignitaries were felicitated with Momento and Certificate of Merit.

The Lions Club bestowed the title of “Manavathva Deera” to Members of the Muslim JAC who paid their last respects to the remains of numerous orphans and coroners.

Service During the Pandemic Covid-19 through the Muslim JAC: 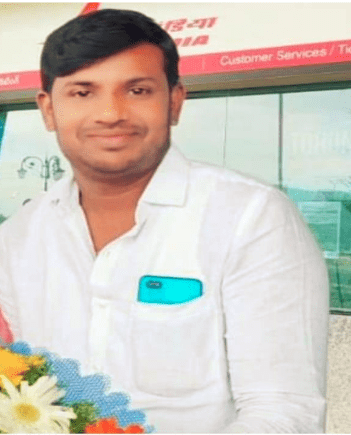 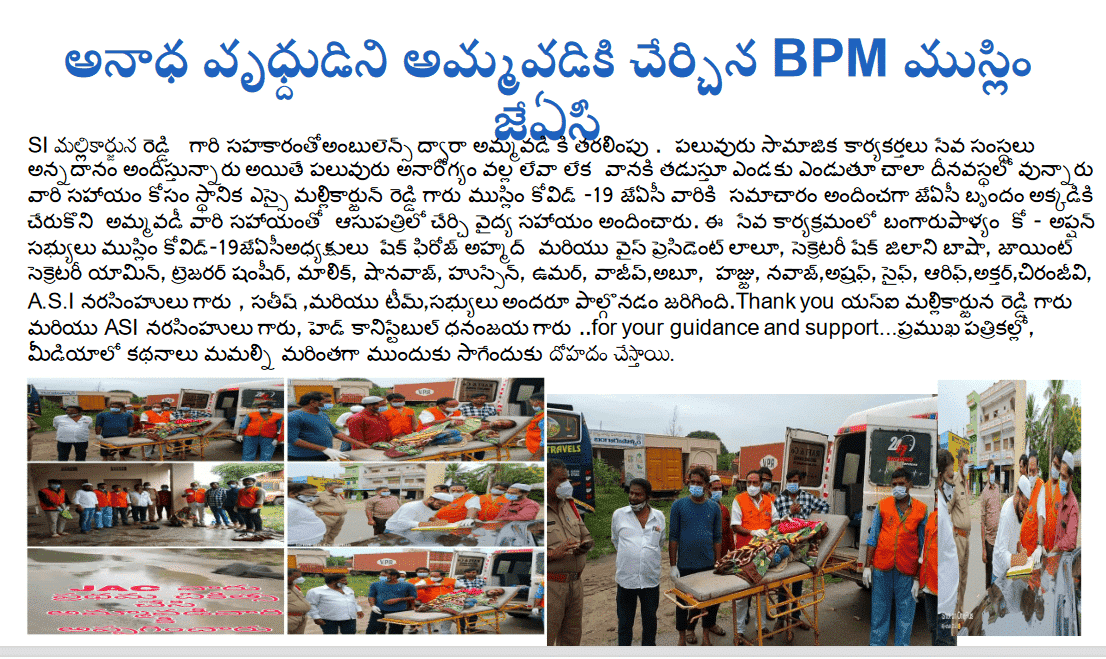 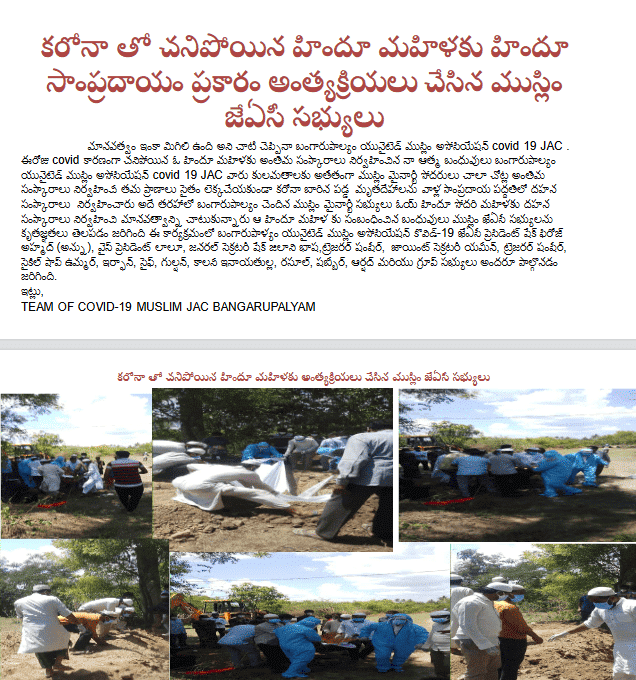 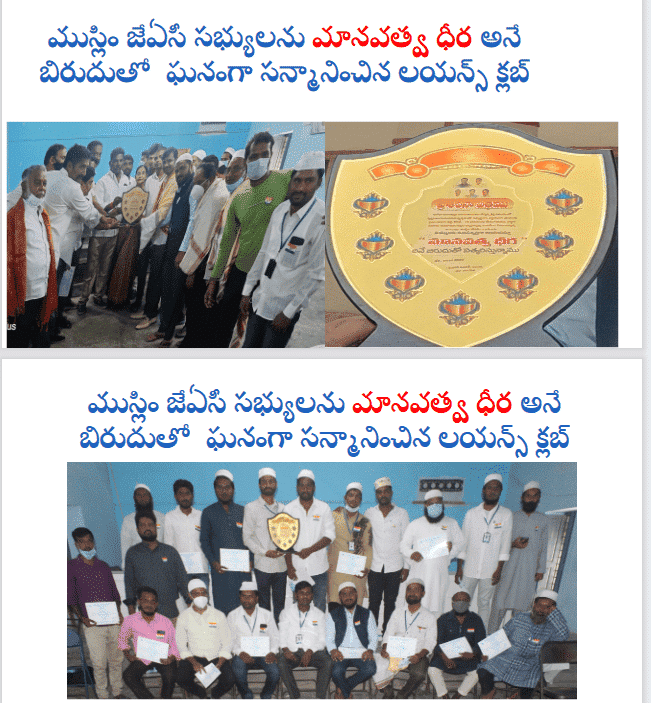 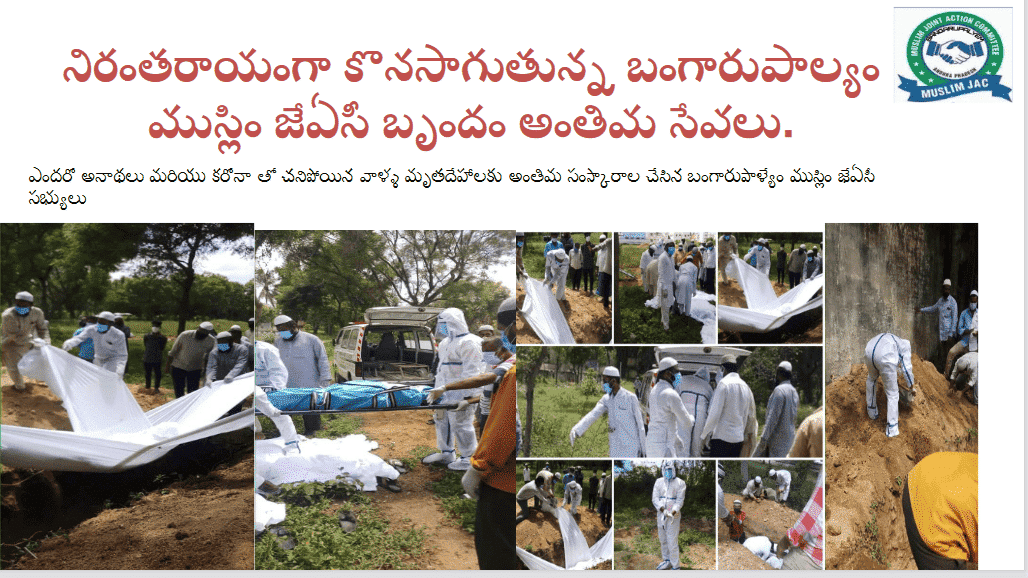