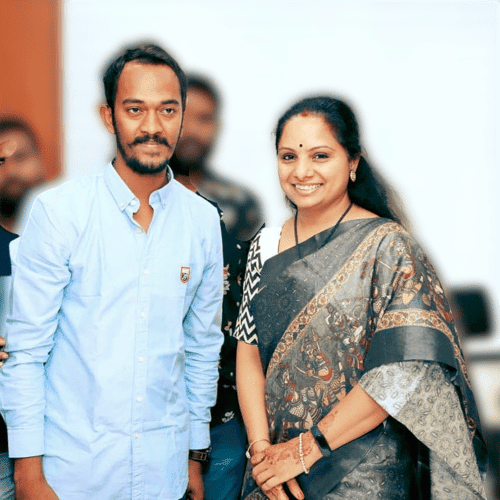 He is a Young and dynamic Leader who has been in Politics for over more than 10 years and is a loyal supporter of the people, has built a good reputation among the people.

On 27th June 1990, He was born to the couple Moinuddin and Shaheen in Boduppal.

In 2006, Shafi obtained his Board of Secondary Education at Bhupathi high school, located at Boduppal. In 2008, he completed his Intermediate from Guntur Vikas Junior College, which resided at Habsiguda. Later on, in 2011, Shafi attained his Graduation(Degree) at RRD degree college, Vidhyanagar. In the year 2013, he gets into higher education with his Master’s. Shafi acquired his Master’s in MBA from CVSR Engineering&MBA college.

Prior to taking an active role in politics Shafi worked as a Retail Manager in United Health Group Genpact.

Shafi’s valuable contribution to the Politics:

Shafi is passionate about Social Service and is always eager to contribute to the country’s progress. His desire to help people led him to pursue a career in politics. In the year 2012, He was officially entered into Politics and started his Political Journey with the Telangana Jagruthi.

Shafi is a Huge Fan of Telangana Jagruthi Founder Smt. Kalvakuntla Kavitha. He respects her theories and follows her ideologies.

Overview of the Telangana Jagruthi:

The genesis of Telangana Jagruthi intersected with the renewed trajectory gained by the movement for Telangana state formation.

In 2003, Telangana Jagruthi’s founder, Smt. Kalvakuntla Kavitha realized that the women of Telangana did not have a suitable platform to participate in the movement. To address this concern, Telangana Jagruthi was formed to herald a cultural renaissance in Telangana for its people to regain a sense of their unique identity and their human as well as socio-cultural rights along with promoting greater involvement of women in the process.

One of the first activities that the organization undertook was the revival of the celebrations of the Bathukamma festival – a festival unique to the culture of Telangana with a universal message of environment protection and women’s rights. 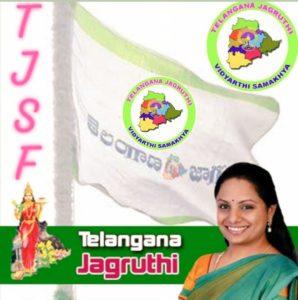 Smt. Kavitha started celebrating the Bathukamma festival every year. A non-violent, culturally relevant manner to promote equity and justice for the people of Telangana, for the environment, and for womanhood. Now it has grown into a cultural festival for a large proportion of the population and is celebrated in many parts of the world including Australia, the United Kingdom, the USA, Qatar, Oman, and the United Arab Emirates.

Telangana Jagruthi thereafter ventured into other spheres such as skill development, provision of healthcare services, educational development, environment protection, and women’s rights. It has offices across the world including India, the USA, the UK, UAE, Australia, and Oman.

Shafi was Instrumental in the Telangana Jagruthi. His struggle for the Student, Employee welfare impressed senior political leaders. As a result of this, in 2014, he was eventually appointed the District Vice President of Telangana Jagruthi from Medchal-Malkajgiri district, the state of Telangana. He effectively held the designation by contributing to each activity. During Shafi’s tenure as Telangana Jagruthi District Vice President, he rose to become one of the most powerful leaders in the district itself. His humble service captivated the minds of the people, hoping that they would connect with him.

Shafi has been successful in solving people’s problems in his political career. The people of Boduppal considered his regime to be the Leadership of the people. He has simplicity, flexibility, and transparency in the people under his leadership. And in general, his leadership is called the administration of the people.

Because of his active interaction in Telangana Jagruthi, in the year 2017, he was upgraded to the honorary position of Medchal District President of Telangana Jagruthi Student Federation by Party Officials who felt he would carry out the responsibilities successfully and honorably.

Mohammad Shafi from Boduppal has been appointed as the Telangana Jagruthi Student Wing Medchal District Convenor. Dheeraj Rao, District President of Telangana Jagruthi Vidyarthi Samakhya, handed over the appointment letter to Shafi at a function held at the district office. On the occasion, Shafi said that he would follow in the footsteps of the state and district leaderships and work hard to strengthen the student body.

Shafi said on the occasion of his appointment as Telangana Jagruthi Student Federation Medchal District President that he would strive to the best of his abilities with the goal of the Party’s and people’s welfare and pledged that he would go ahead with the party’s welfare in focus. He expressed his heartfelt gratitude to party authorities for choosing him as Medchal District President.

Shafi’s Contribution to the Public During the Pandemic:

-He came forward to assist people who had been affected by the lockdown by giving vegetables and fruits to villages, the homeless, and Municipality employees while following the procedures in place and distributing Covid Kits to the members who were afflicted with the appropriate sickness while in their home quartine.

destroying the terrible walls which imprison men. Don’t ever misuse it. 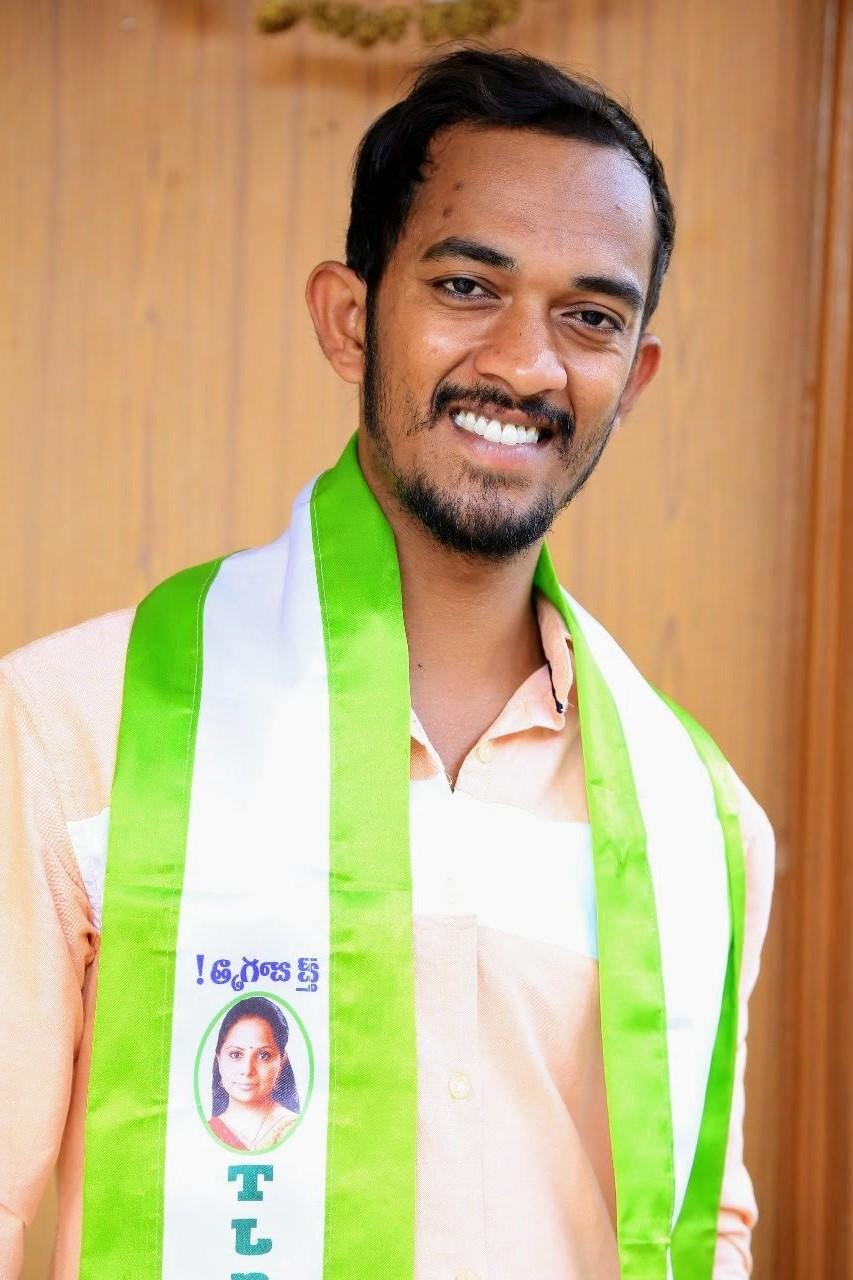 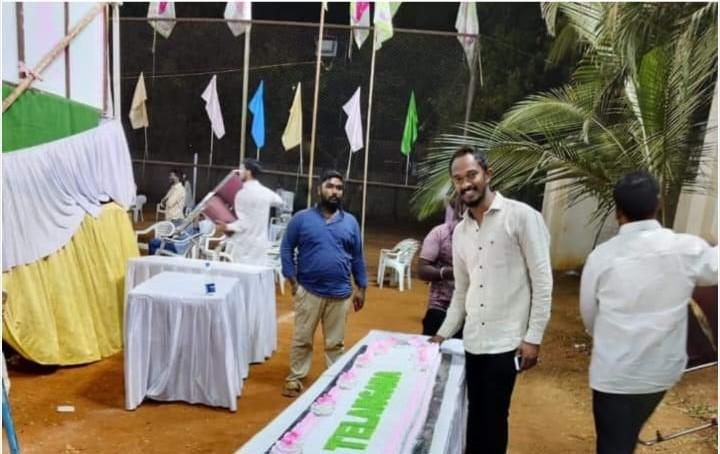 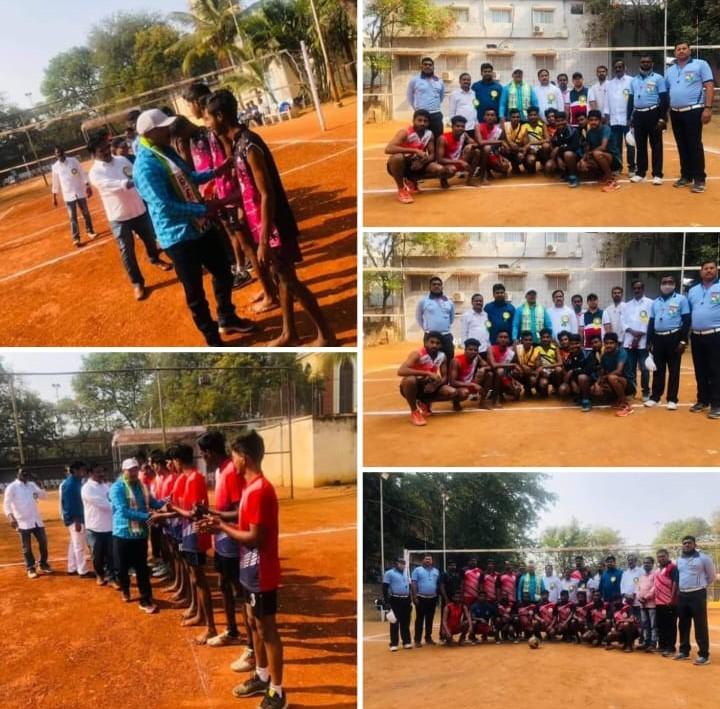 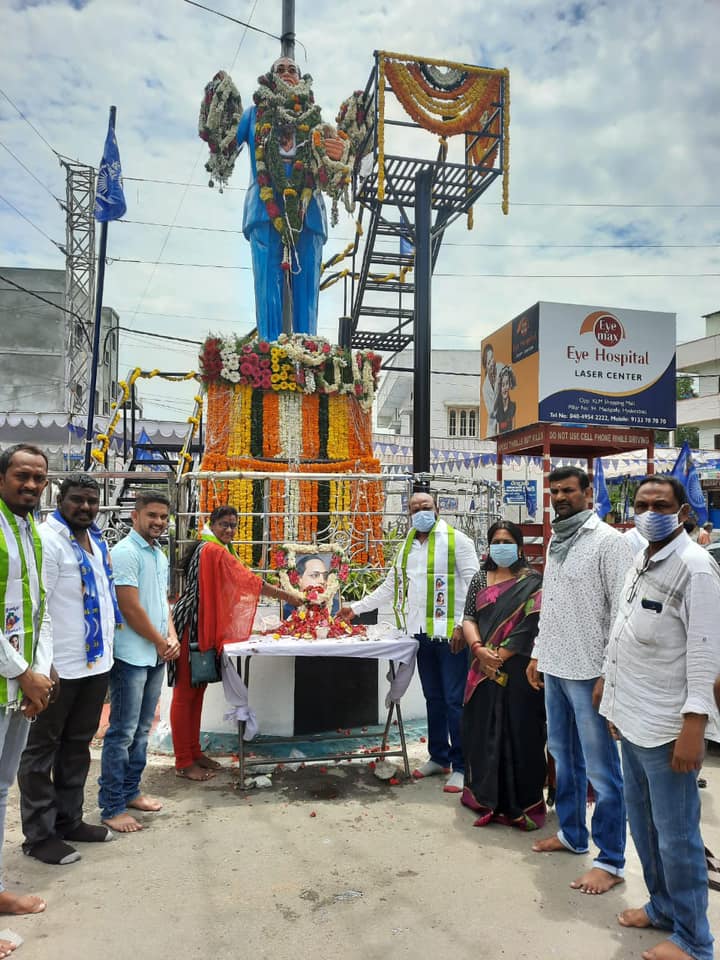 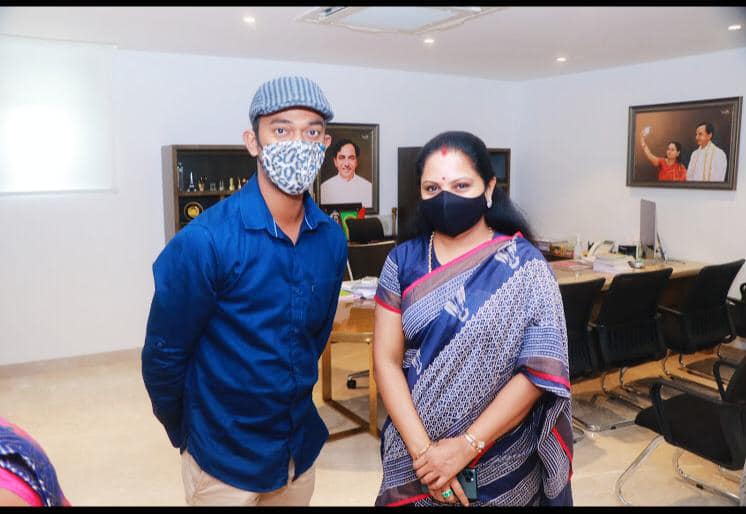 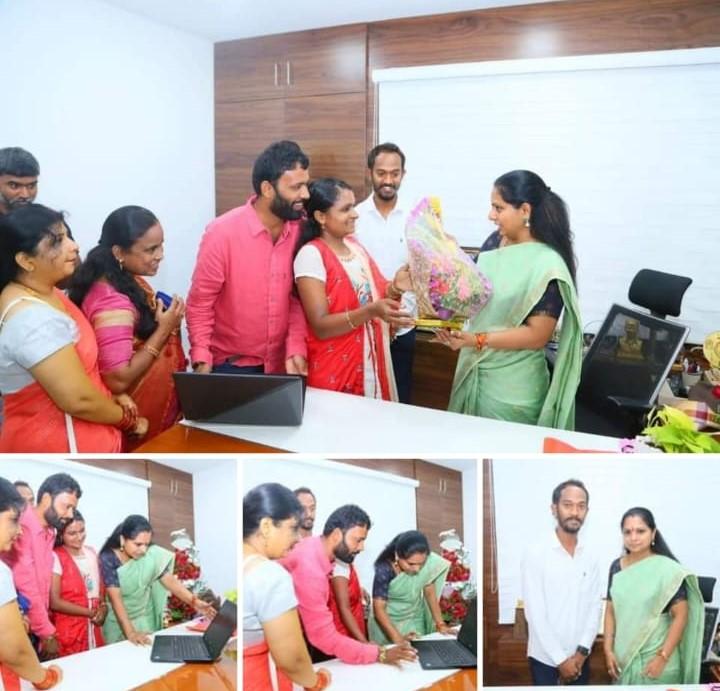 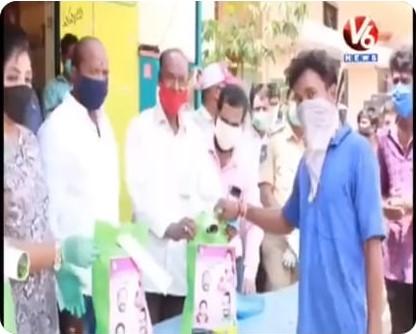 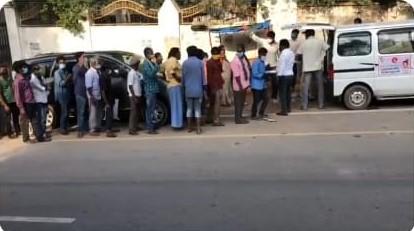 Service during the Pandemic

“Young people must be involved in formal political processes and have a role in shaping today’s and tomorrow’s politics in order to make a long-term change”.

A Politician is someone with good communication and inter-personal skills, who can work with a range of other people, regardless of political party or opinion, to achieve the greatest good for the general population!!

On the occasion of Meeting Telangana Jagruthi Founder Smt.Kavitha

Shafi Uddin has met with various Party Officials on some occasions

with the Telangana Jagruthi