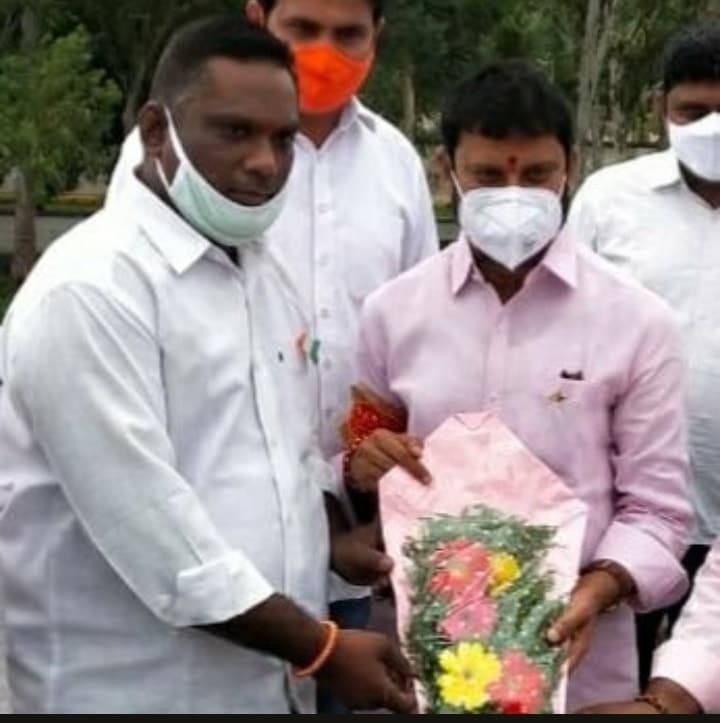 Sattu Srinivas is the SC-Cell Town Secretary of Ramagundam from the TRS Party.

He was born on 08-August-1978 to Raja Linga & Rajamma and raised up at Peddapalli.

He studied Secondary Board of Education from Saraswathi Shishu mandir at Sharadha Nagar near in the year 1994.

In 2009, Srinivas began his political career through the Telangana Rashtra Samithi Party(TRS) and was a Party Activist who worked all days and involves in every organized Party meeting and works for the growth and development of the Party and organization and also done many Social Activities/services.

For his perseverance, dedication, and service, Srinivas was appointed as the SC-Cell Town Secretary of Ramagundam in 2021.

Srinivas was a hard worker and strive hard to solves every issue faced by the public.

As continuing his duties and responsibilities Srinivas proportionally set up a successful Business of his own as Coal Transport.

He simultaneously balancing the multiple works by fulfilling the needs of students and people.