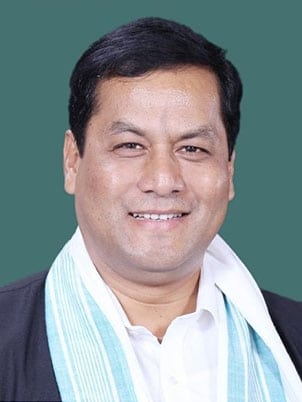 Sarbananda Sonowal is the Chief Minister of Assam. He was born on 31-10-1961 to Jibeswar Sonowal and Dineswari Sonowal in Molokgaon, District Dibrugarh (Assam). He completed LLB from G.U.Law College Gauhati University, Guwahati in 1996. His Professional is a Politician, Consultant & Agriculturist.

He started his Political Journey with the Asom Gana Parishad (AGP). and was After that, he became a Member of AGP. In 2001, he was elected the MLA from Assam’s Moran constituency.

In the 2014 General election for Lok Sabha, he was appointed to head State’s 16th Lok Sabha Elections Assam by Bharatiya Janata Party, and in the same year, he was also elected as Member of Parliament, 16th Lok Sabha from Lakhimpur Constituency.

He was then appointed as Union Minister of State-Independent Charge of the Government of India under the Modi Government at the Centre.

In 2016, He was a member of the Assam Legislative Assembly (MLA) from Majuli Constituency. Sarbananda Sonowal was selected as the Chief Minister candidate of BJP for the 2016 Assam Assembly Election. 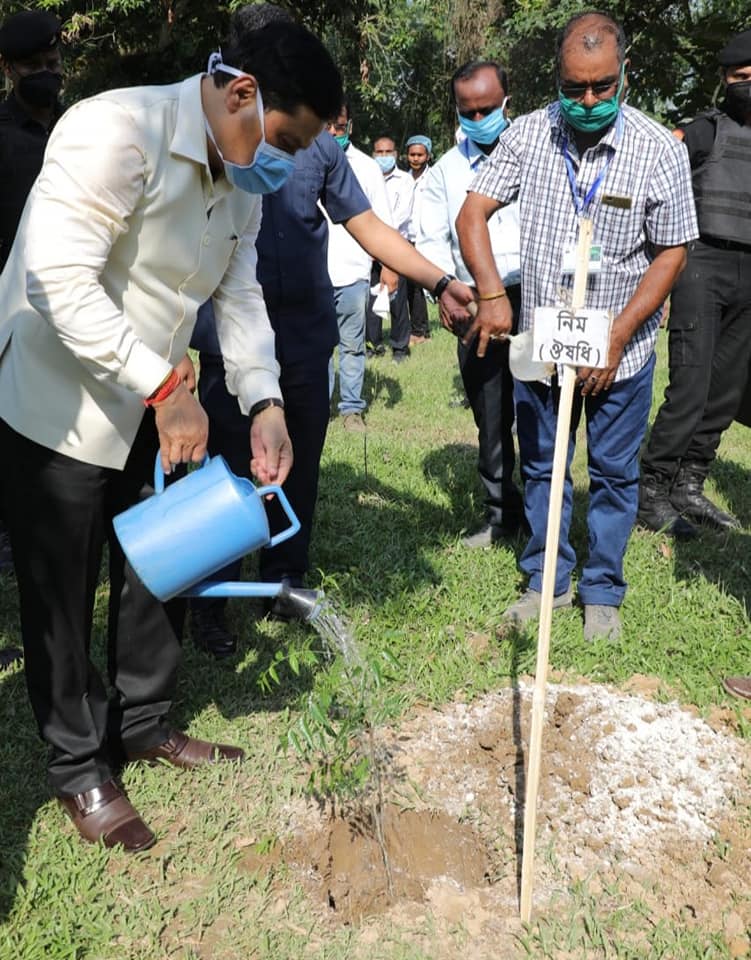 While planting trees at the āmalakhi tea garden in Nagaon at the end of the forest festival. 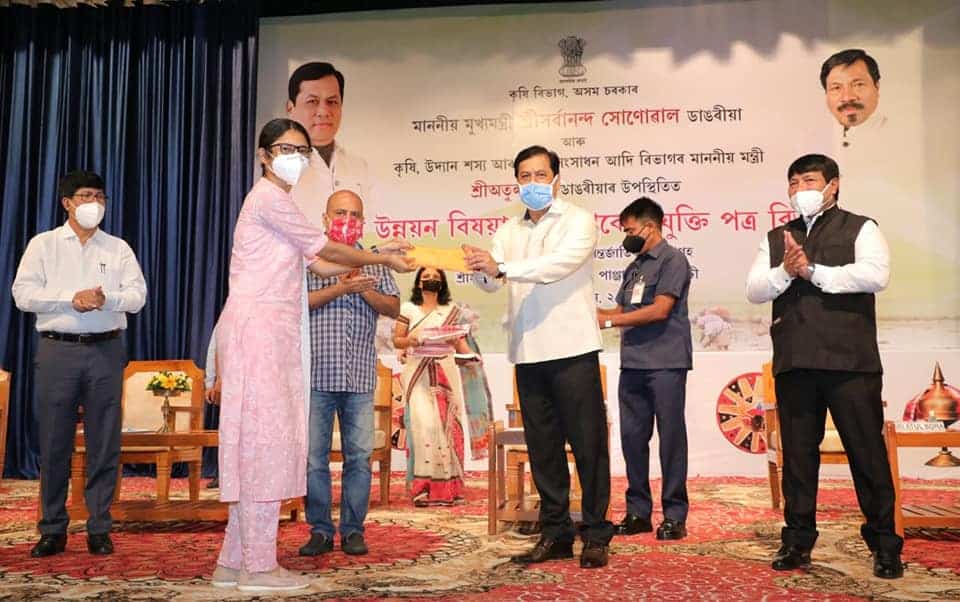 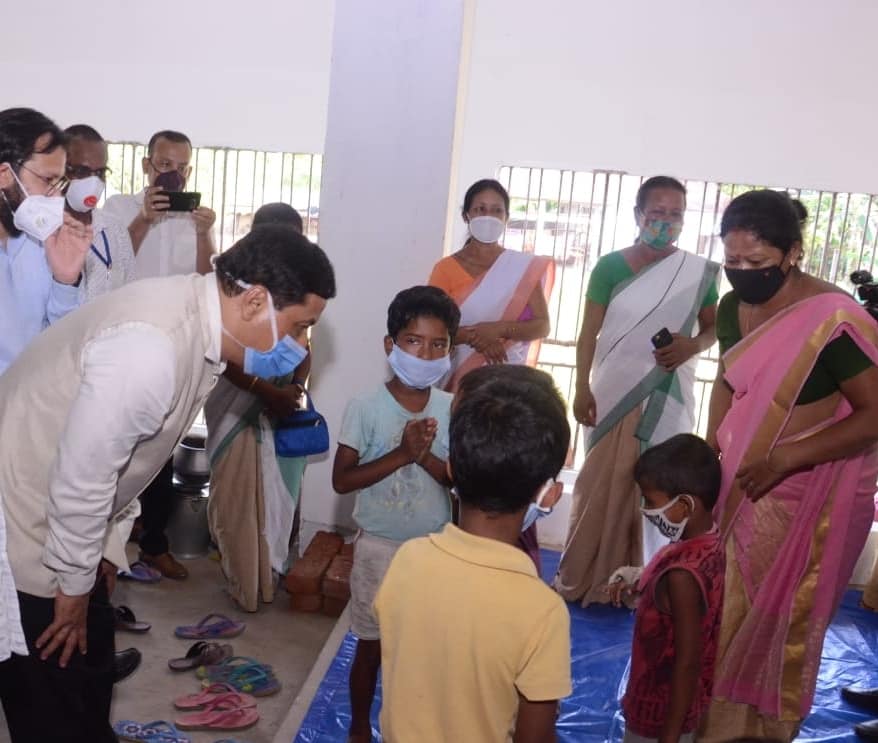 Care of children and the elders. 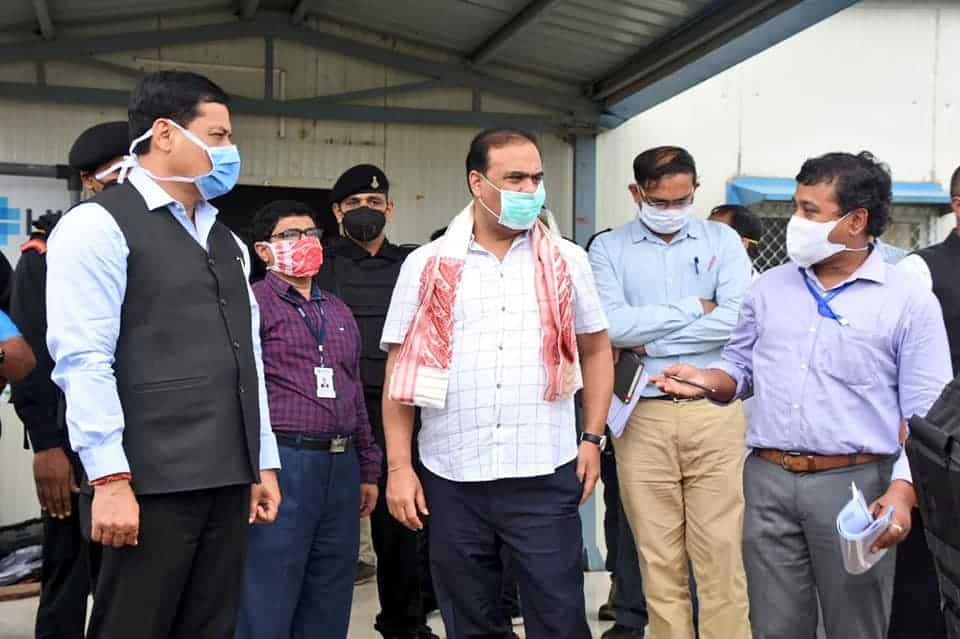 As soon as the work of the standard advanced medical institute of Assam, Guwahati, Guwahati, the people of Assam and North-East people will be able to get modern healthcare. Today with my colleague minister Dr. Himanta Biswa Sarma visited the construction of all progress. 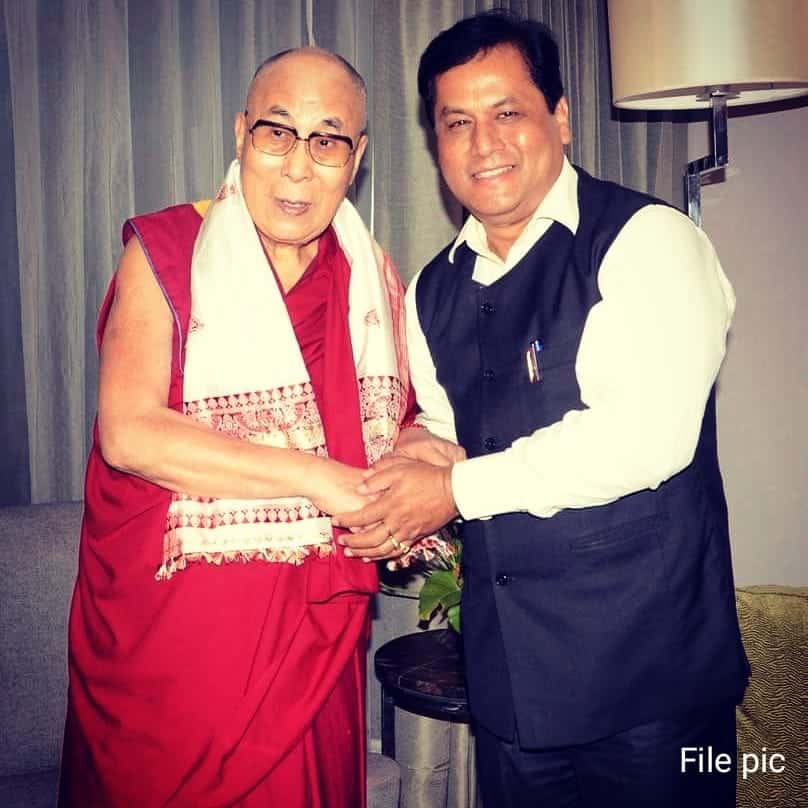 Warm birthday wishes to His Holiness the Dalai Lama. Your message of peace and humanity has shown the way for millions to remain happy and motivated. I join them all in praying for your good health and long life. 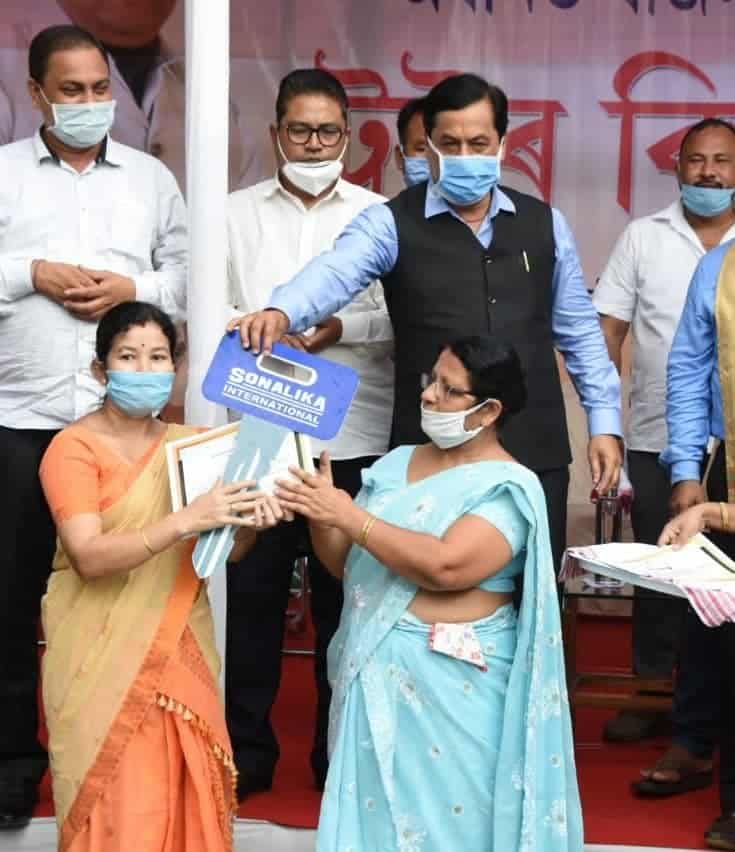 The four important events of culture, Agriculture, Sports and safety have been completed today. This is how we will continue to work in the overall progress of Assam. 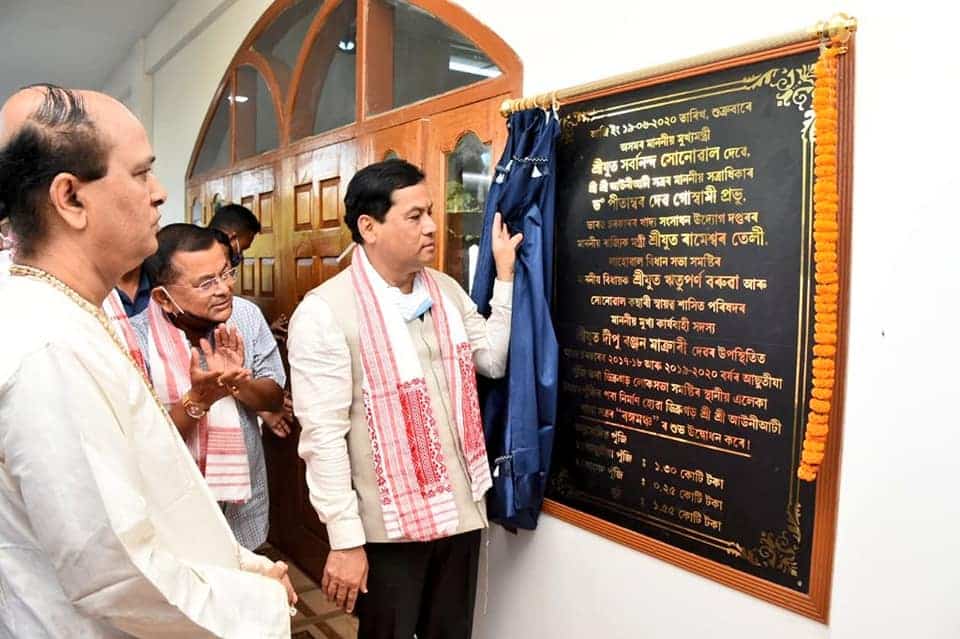 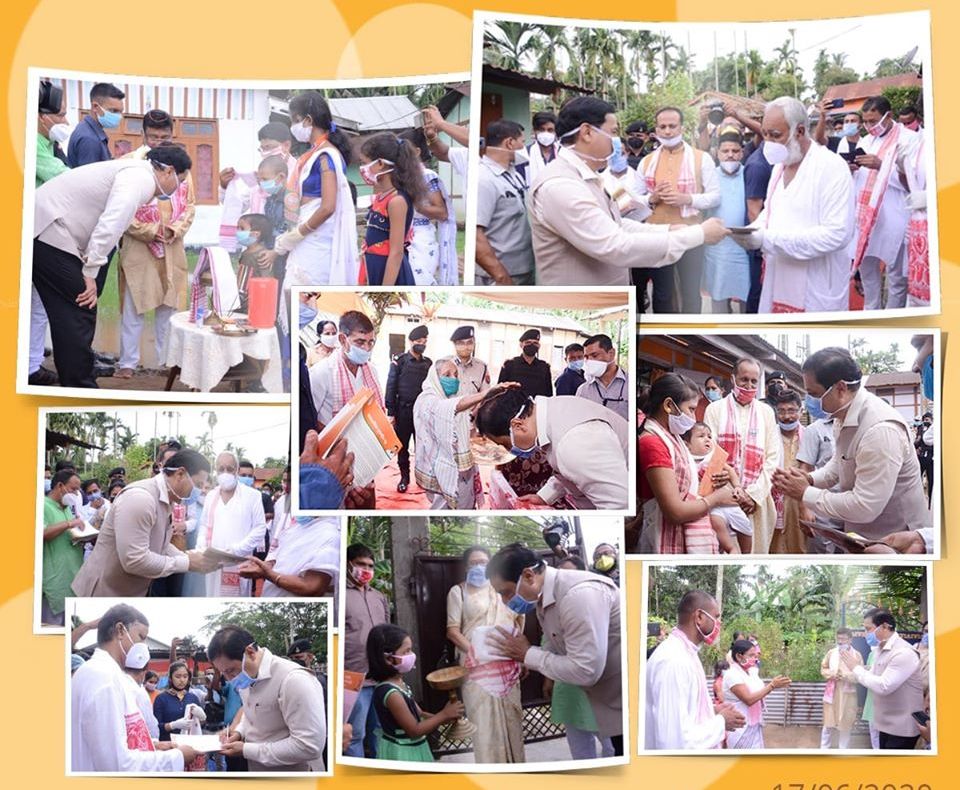 As part of a direct relationship with 50 lakh families in Assam as part of the ‘public relations campaign’, I am present with the public relations campaign with the public.
The second year of the government under the leadership of the Bharatiya Janata Party is the first anniversary of the government and fourth year of our government in the state. The main objective of the public relations mission and steps we take is to ensure that the public can benefit directly from the various development schemes and steps we take. I am overwhelmed by seeing our confidence and confidence in the strong leadership of Honorable Prime Minister Shri Narendra Modi. 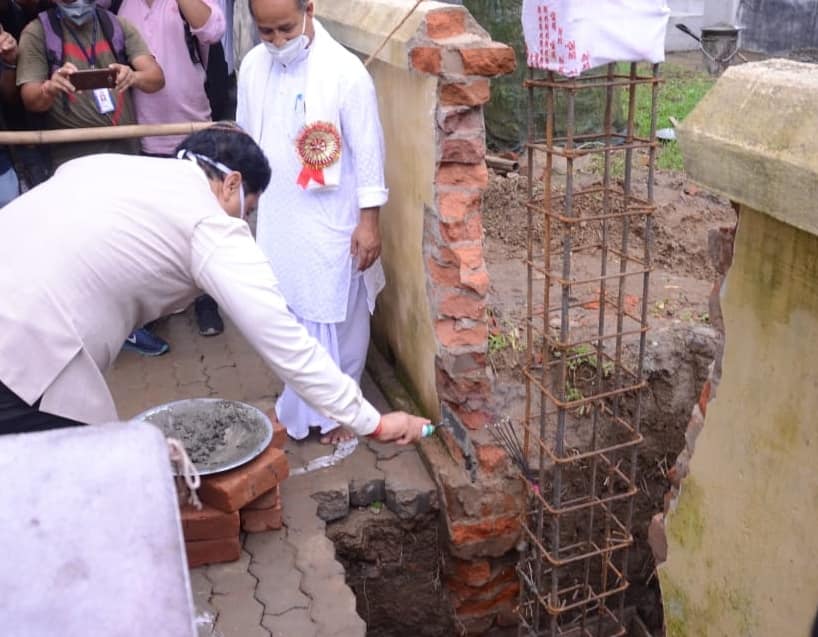 Sri Barabiṣṇu Ali, the traditional chamaraīẏā of the Boko, established in 1588, is one of the ancient components of Assam. Coming to the anchor and praying for the good wishes of everyone. And let us set up the foundation stone of the wall, which is to be built in the building of the sword. 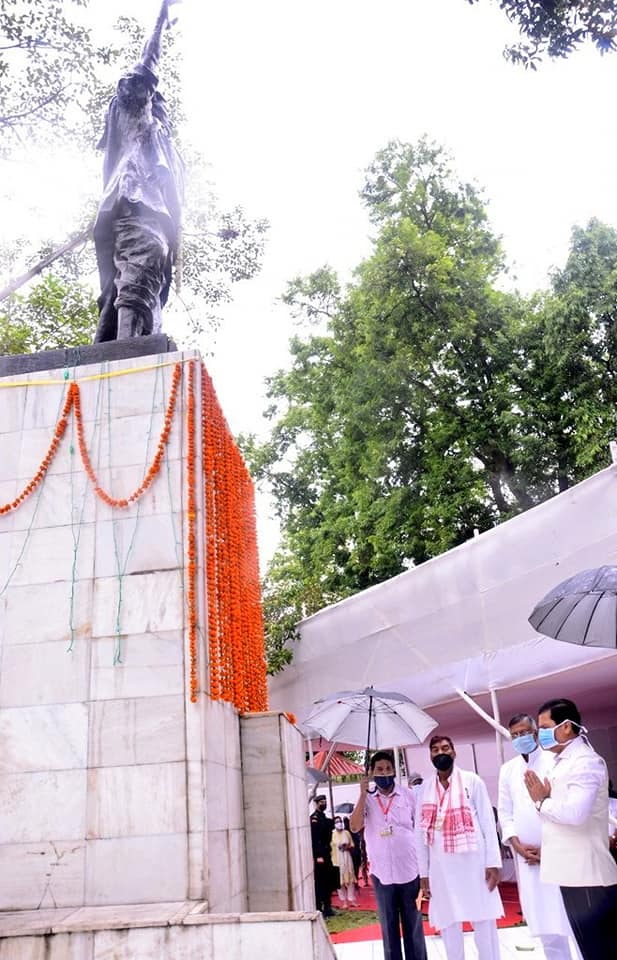 The courage of the martyr Kushal konwar and great sacrifice on behalf of the country has been the inspiration for the country. Offering Patanjali to the brave martyr in Guwahati’s Nehru Park. Also, let’s exchange opinions with the distinguished freedom fighter Shri Krishna’s number.

of All Assam Students Union

of State-Independent Charge, Republic of India

Inspected the under construction AIIMS, Guwahati along with health minister Shri @himantabiswa and reviewed progress of works.

Once completed, the premier healthcare institute will provide state-of-the-art services to the people of Assam & NE. pic.twitter.com/YZG8qPPpAO

For @BJP4India, Seva is the only ideal. We have overcome immense challenges in these tough times to reach out and help those in need, and continue doing so.

Praying for your good health and may you continue to guide and inspire us with your vision for years to come. @VPSecretariat pic.twitter.com/MTmXaA9UPz

After Chabua, visited another flood relief camp at Bindhakota, Dibrugarh and took stock of relief measures.

Also directed officials to take special care of children and the elderly residing in the camp, while ensuring proper hygiene and social distancing. pic.twitter.com/B2JWuUAi8F

Warm birthday wishes to His Holiness the @DalaiLama. Your message of peace and humanity has shown the way for millions to remain happy and motivated. I join them all in praying for your good health and long life. pic.twitter.com/672UUQX2tB

Prayed for the peace, progress and prosperity of our nation. pic.twitter.com/AEoWGzmg4b

To keep alive the works of Late Narayan Chandra Goswami and ensure their promulgation among the youth, Assam Govt has decided to conserve the works of the great scholar. pic.twitter.com/KuzaaGoER0

May your able leadership propel the state to greater heights of prosperity. pic.twitter.com/xmYkaF7v5g

I also enquired about the wellbeing of Shanti Rani Datta baidew, wife of the departed soul, who is keeping unwell. Blessed to receive her Aashirbad. pic.twitter.com/QTR7Rojzn7

His outstanding contributions for the nation's unity & development always give us strength to strive for delivering good governance to the people. pic.twitter.com/CUb8svs5p8

With his unparalleled service to the society, former @RSSorg pracharak Late Nabakanta Baruah da's dedication towards nation building is our constant inspiration.

Paid tributes to the stalwart at his Kampur residence and offered my condolences to his family members. pic.twitter.com/2v0YCGQxxN