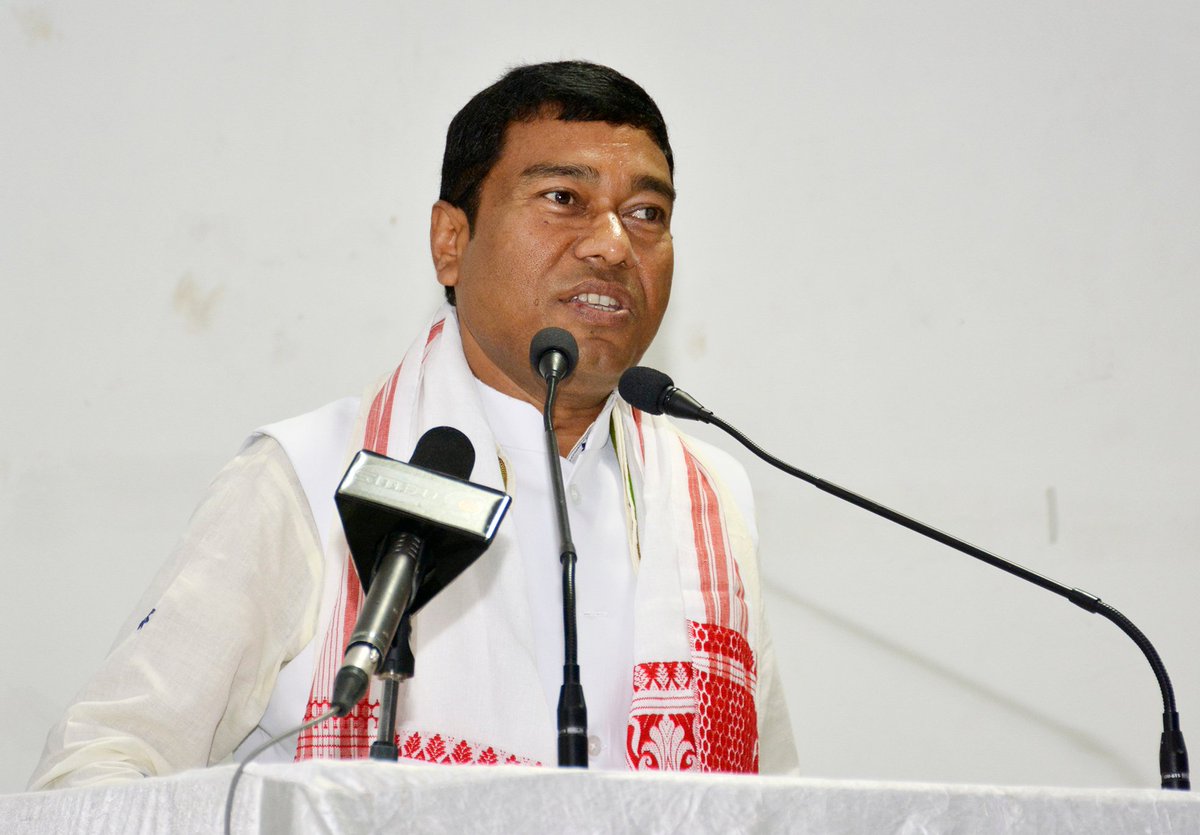 Rameswar Teli is an active Indian politician from Assam and a member of the Bharatiya Janata Party and Member of Parliament, Lok Sabha from Dibrugarh (Lok Sabha constituency). He is also Minister of State in the Ministry of Food Processing Industries since 30 May 2019.

He was born on 14 August 1970 in Duliajan in Assam. His father’s name is Budhu Teli and his Mother Dulka Teli. He belongs to a member of the Tea-garden community of Assam. His father was a driver. During his Teenage, he used to sell yam and fern to buy bread for snacks. He completed SSC Standard from Tipling Ghat High School, 1989

He was the local leader of the All Assam Tea Tribe Students’ Association (AATTSA). He was elected to Assam Legislative Assembly during 2001-2006 and 2006-2011 from Duliajan Constituency in the district of Dibrugarh.

He lost the 2011 assembly elections by around 3000 votes to Amiya Gogoi. In 2014, he was elected a member of parliament from Dibrugarh as a BJP candidate.

In the 2019 Indian general election, he was elected as a Member of Parliament to the 17th Lok Sabha from the Dibrugarh constituency.

In May 2019, Teli became Union Minister of State, Ministry of Food Processing Industries

He was served as State General Secretary of Tea-cell and was the General Secretary of Assam Pradesh BJP. He appointed as Vice President of Assam Pradesh BJP and was the State President (i) BJP Chah Morcha (ii) Bhartiya Janta Majdoor Mahasangh; Deputy leader in Assam Legislative Assembly (BJP); Member of State core Committee etc.

Duliajan Constituency in the district of Dibrugarh.

Duliajan Constituency in the district of Dibrugarh.

from Dibrugarh as BJP candidate.

of Standing Committee on Industry

under the Ministry of Development of North Eastern Region.

to the 17th Lok Sabha from Dibrugarh constituency.

On New Year's Day, at Nazirating Tourism fair; planted a tree along riverside of Dibru and met local artist for prosperous future pic.twitter.com/p0tx9CXTdG