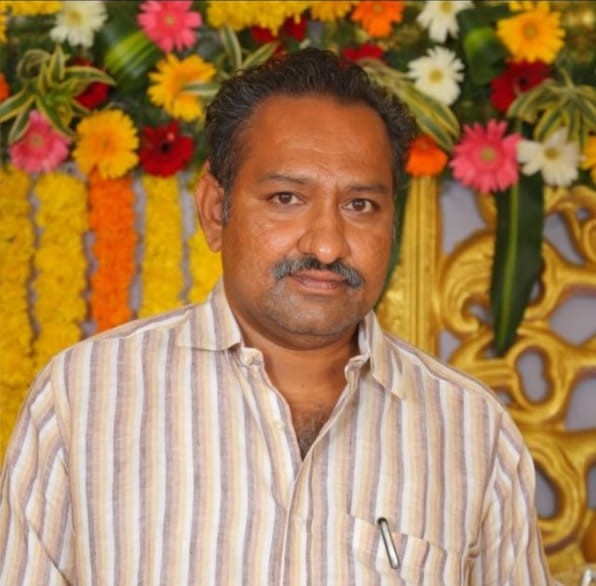 Ramesh Gummadi is an Indian politician belonging to the Telugu Desam Party(TDP). He is a prominent TDP leader with plenty of experience in his field. Ramesh is the TDP Leader from Tenali and a Former Councilor.

He was born on 31st January 1974 in Tenali. His parents were Bhavana Narayana and Parvathi Devi.

In 1999, Ramesh obtained his Board of Secondary Education at Sri Ramu Rural Residential school, located at Tenali. He earned Intermediate from Viveka Residential college in 2001.

Apart from his Political Career Ramesh also led his life successful as a Businessman. In 2013, Ramesh has started his own Business Lemon Export. He exports Lemon Cages for North and South countries.

Ramesh’s pure desire to help people led him to become a politician. In the year 2001, he officially entered into Politics and has started his Political Career as a Member of the Telugu Desam Party(TDP).

Ramesh became a Devotee of TDP as he liked the successful party style in doing justice to all sections.

Ramesh established himself as a Public Leader as soon as he joined the party by contributing to the party’s welfare activities. In acknowledgment of his efforts and hard work, he was designated a Party Worker and a Social Worker by party officials. He is considered a master strategist for his party.

Ramesh has been in the TDP since Nandamuri Taraka Rama Rao established the party and has been actively involved in party activities such as election campaigning, pasting posters on walls, wall writings, and fighting against injustice.

In 2014, Ramesh was selected and served as Telugu Yuvatha Town President from Tenali. He contested and was elected as Tenali Municipality 3rd Ward Councilor and successfully accomplished his tasks being Councilor by contributing to each welfare activity. Most of the funds sanctioned by the government will be used for welfare programs in the 3rd ward of Tenali Municipality.

He was selected and took charge as Chairman of Kaali Matha Temple.

→ He will always be among the people and fight against the anti-people decisions being made by the YSRCP government. Ramesh and TDP activists staged a Massive Dharna to protest the indecent remarks made by YSRCP leaders against the Nandamuri family.

→ Ramesh and TDP leaders also opposed the decision of the three capitals and expressed support for the farmers. He went on a Hunger Strike, movements, dharnas, protest programs for Special Status. He has participated in the Padayatra in support of Amaravathi Farmers.

→ He was an Active Member in the “Visaka Ukku-Andrula Hakku”, “Save Amaravathi” movements.

Ramesh’s Contribution During the Covid Crisis:

-Ramesh rendered his service to the Tenali people even during the corona which terrorized the whole country.

-Ramesh put effort even during the Covid second wave. 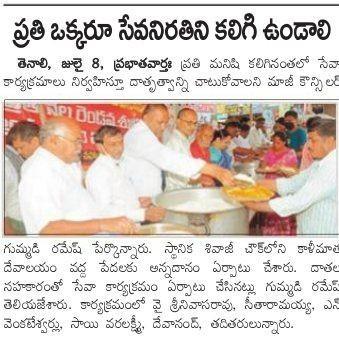 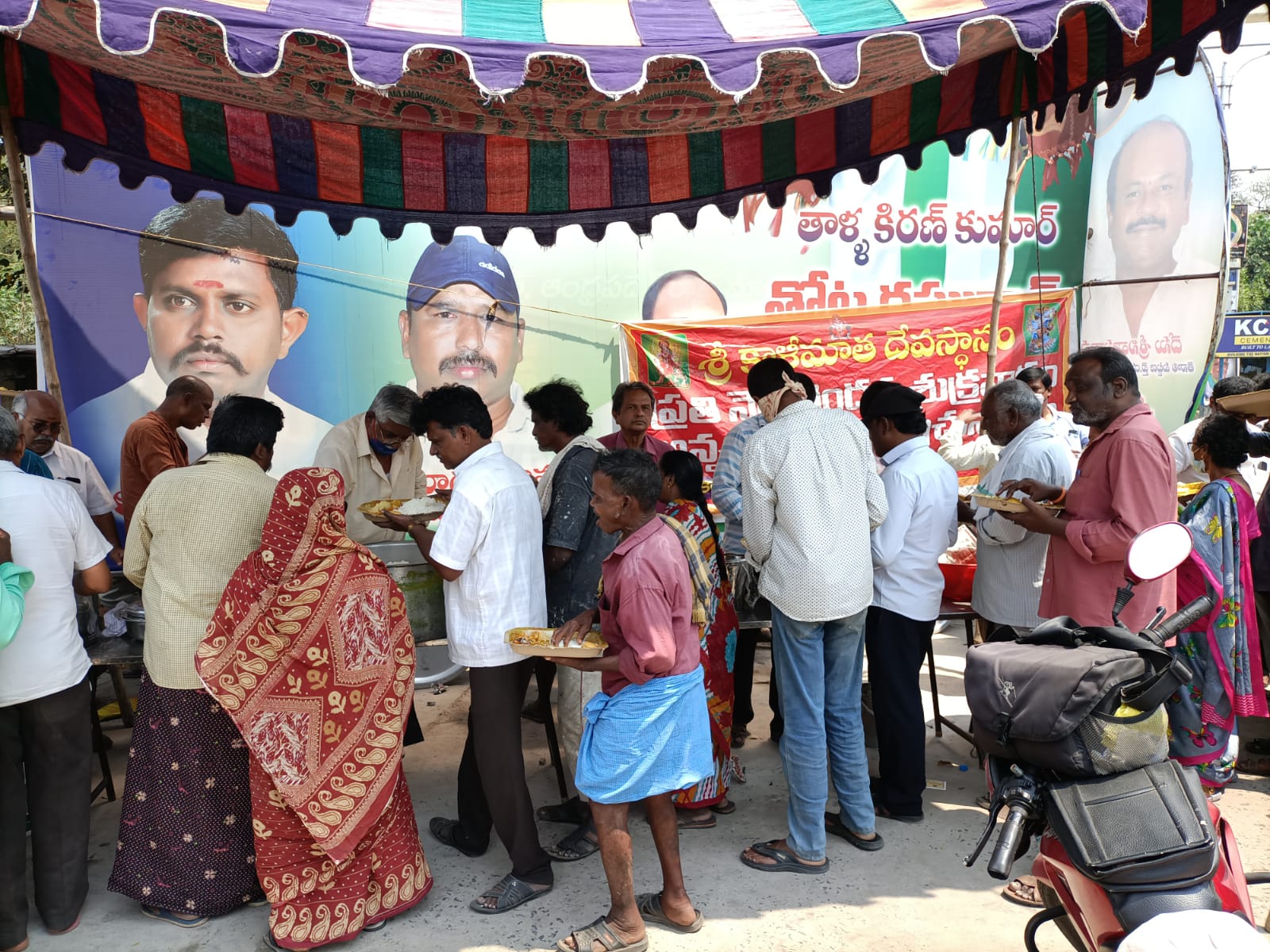 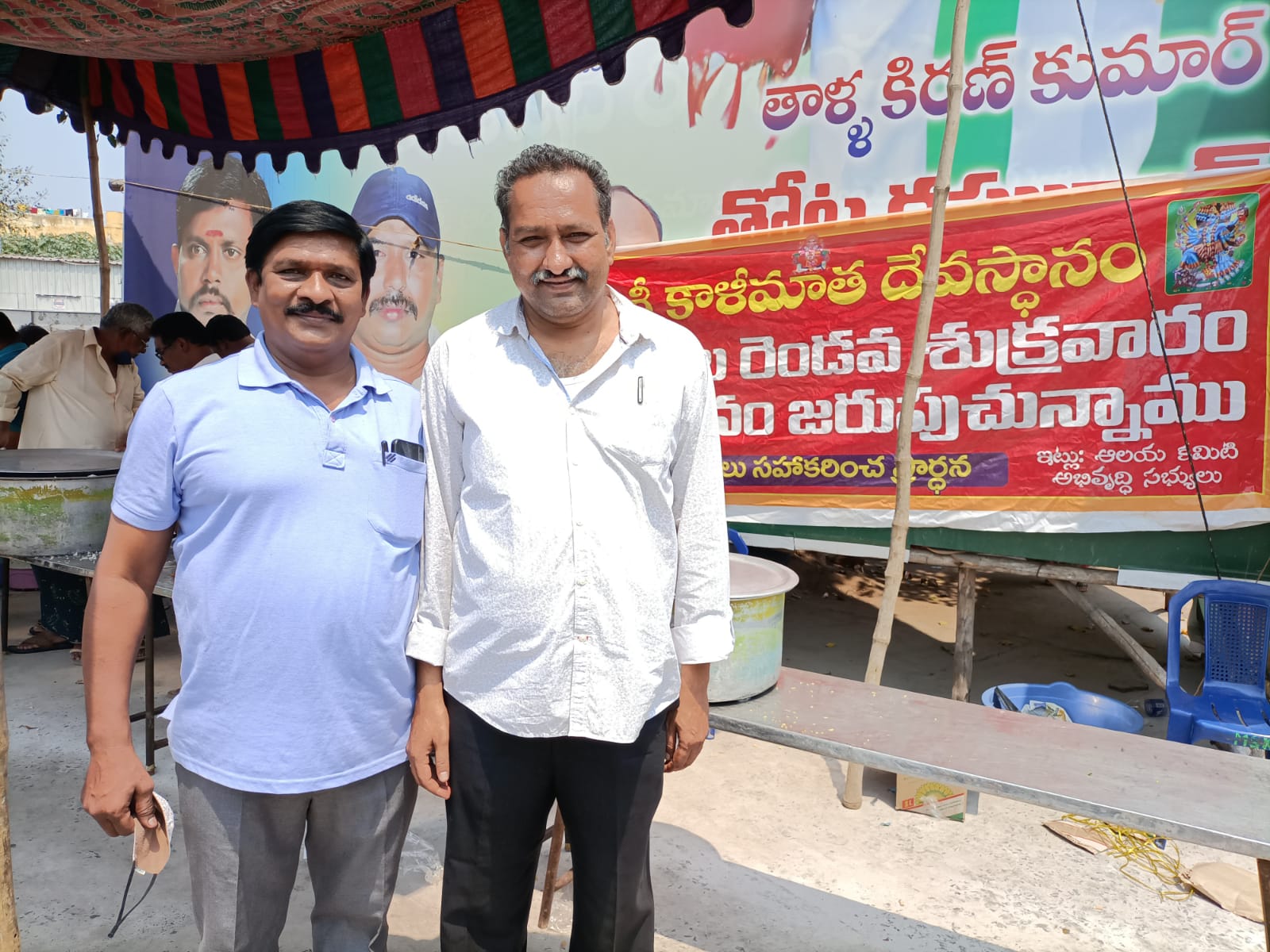