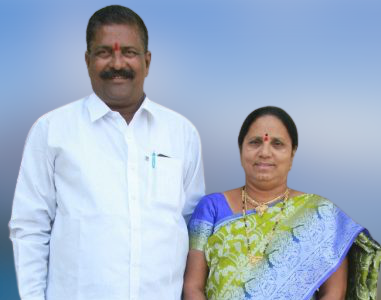 Ramavath Bheemla Kamli is the Councilor of the 8th ward of the TRS Party in Miryalaguda. He was born on 05-05-1972 to Seviya and Dwali in Chilkamarri Village of Munugode Mandal, Nalgonda.

In 1982 he Completed the 5th Standard in Govt School, Chilkamarri Village.

Basically, he is from an Agriculture family. In 1992 he started his business Cloth Merchant in Miryalaguda and he worked as a Civil Contractor in 2003.

In 2014, he started his political journey with Congress Party, he was selected Congress Party Vice President and Councilor of 19th ward in Miryalaguda.

In 2016, he joined the TRS(Telangana Rashtra Samithi) Party. He served as a Ward in Incharge. In 2020 he elected as a Councilor of the 8th ward, Miryalaguda.

He has done many social works like laid the cc roads, drainages, current poles, Street Lights.

Cloth Merchant in miryalaguda and he worked as a Civil Contractor