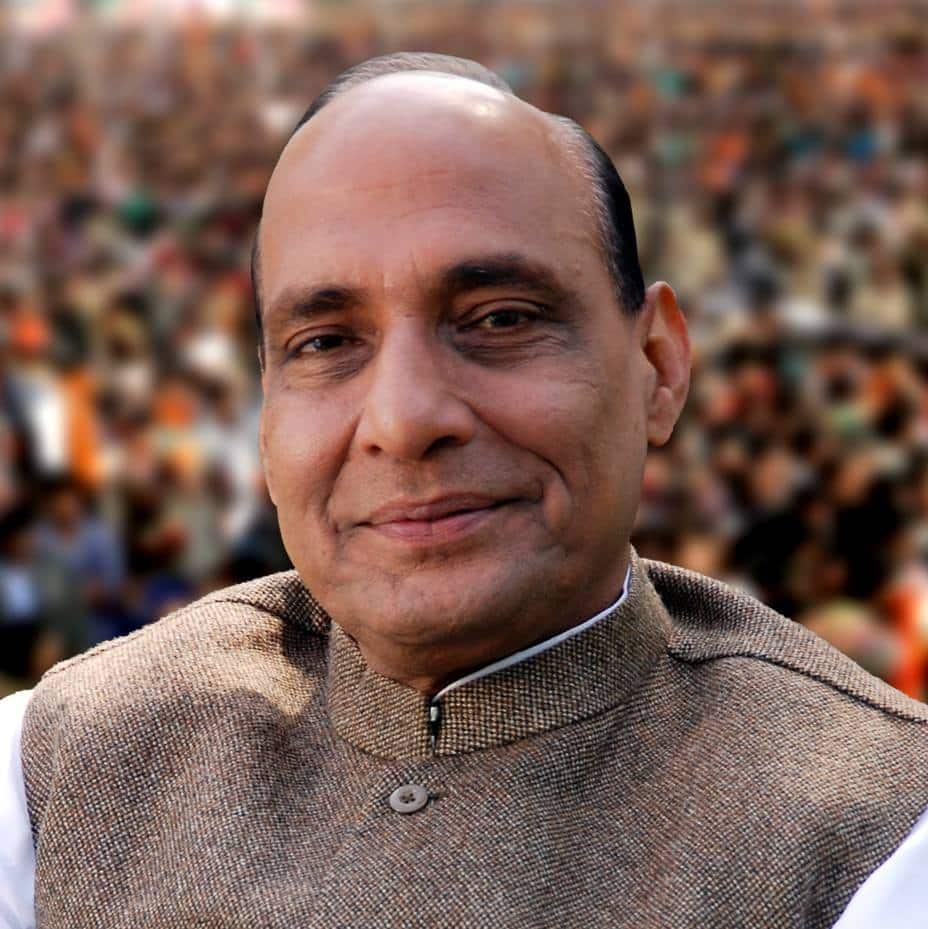 Rajnath Singh is the Defence Minister of India. He was born on 10-July-1951 to Ram Badan Singh and Gujarati Devi in Bhabhaura village of Chandauli district. He completed primary education at a local school in his village. In 1969, He attained B.Sc from K.B.P.G college, Mirzapur, and went on to secure a Master’s degree in physics from Gorakhpur University in 1971. He worked as a lecturer of Physics at K.B. Post-Graduate College, Mirzapur.

From childhood, he was inspired by the ideology of Rashtriya Swayamsevak Sangh and had been associated with the Rashtriya Swayamsevak Sangh since 1964. From 1969-1971, he served as Organizational Secretary of the Akhil Bharatiya Vidyarthi Parishad (the student wing of the RSS) in Gorakhpur. He became General Secretary of Mirzapur in 1972. In 1974, he joined the Active Politics and appointed as Secretary of Mirzapur unit of the Bharatiya Jana Sangh, the predecessor of the Bharatiya Janata Party. He was selected as District President of the Jana Sangh in 1975. In 1977, Singh was elected as Member of the Legislative Assembly(MLA) from the Mirzapur constituency.

He became a State Secretary of UP from the BJP party and in 1984 he worked as a State President of BJP’s Youth Wing(BJYM). In 1986, He was National General Secretary of BJYM and subsequently National President of BJYM in 1988. Singh was elected for the post of MLC for UP Legislative Council in 1988 and became Education Minister in 1991. During his tenure as Education Minister in UP, he established some landmarks by introducing the Anti-Copying Act and Vedic Mathematics in the syllabus and correction of various portions of history textbooks. He was elected as a Member of the Rajya Sabha in 1994 and also the Chief Whip of the BJP in Rajya Sabha.

On March 25, 1997, he became State President of UP. During this period apart from expanding and strengthening the organization, He played a key role in saving the BJP led Government twice during the political crisis. On November 22, 1999, he appointed for the post of Union Surface Transport Minister. During this period he got the opportunity to initiate the NHDP (National Highway Development Programme), a dream project of Prime Minister Shri Atal Bihari Vajpayee. He served as Member of Parliament to the Rajya Sabha, Uttar Pradesh. On October 28, 2000, He became Chief Minister of UP and was twice elected as MLA from Haidargarh constituency in Barabanki. In 2002, He selected as National General Secretary of BJP and elected as Member of Parliament to the Rajya Sabha.

He served as Union Minister of Agriculture and subsequently for Food Processing On May 24, 2003. During this period he initiated a few epoch-making projects like Kisan Call Centre and Farm Income Insurance Scheme. As BJP President he covered the entire length and breadth of the country. He also embarked on Bharat Suraksha Yatra which covered several States taking up the cause of increasing terrorist activities and threats to internal security. He laid emphasis on issues of public interest like spiraling prices of essential commodities, farmer’s grievances, and cynical minority practiced by the UPA Government. He has also written a book on Unemployment its Reasons and Remedies When he was National President BJYM.

In July 2004, He was again appointed as National General Secretary of BJP. As a General Secretary, he held the charge of two states of Chhattisgarh and Jharkhand. He became the BJP National President on December 31, 2005. In May 2009, He was elected as MP from Ghaziabad in Uttar Pradesh. He was Re-elected for the post of MP in Lok Sabha from Lucknow, Uttar Pradesh in 2014. On May 26, 2014, Rajnath Singh took oath as the Union Minister of India and worked as the Union Minister for Home Affairs. In the 2019 General Elections, he was re-elected as Member of Parliament from Lucknow by a huge margin. On May 30, 2019, Rajnath Singh again took oath as the Union Minister of India. Currently, he is working as the Defence Minister in Govt of India. 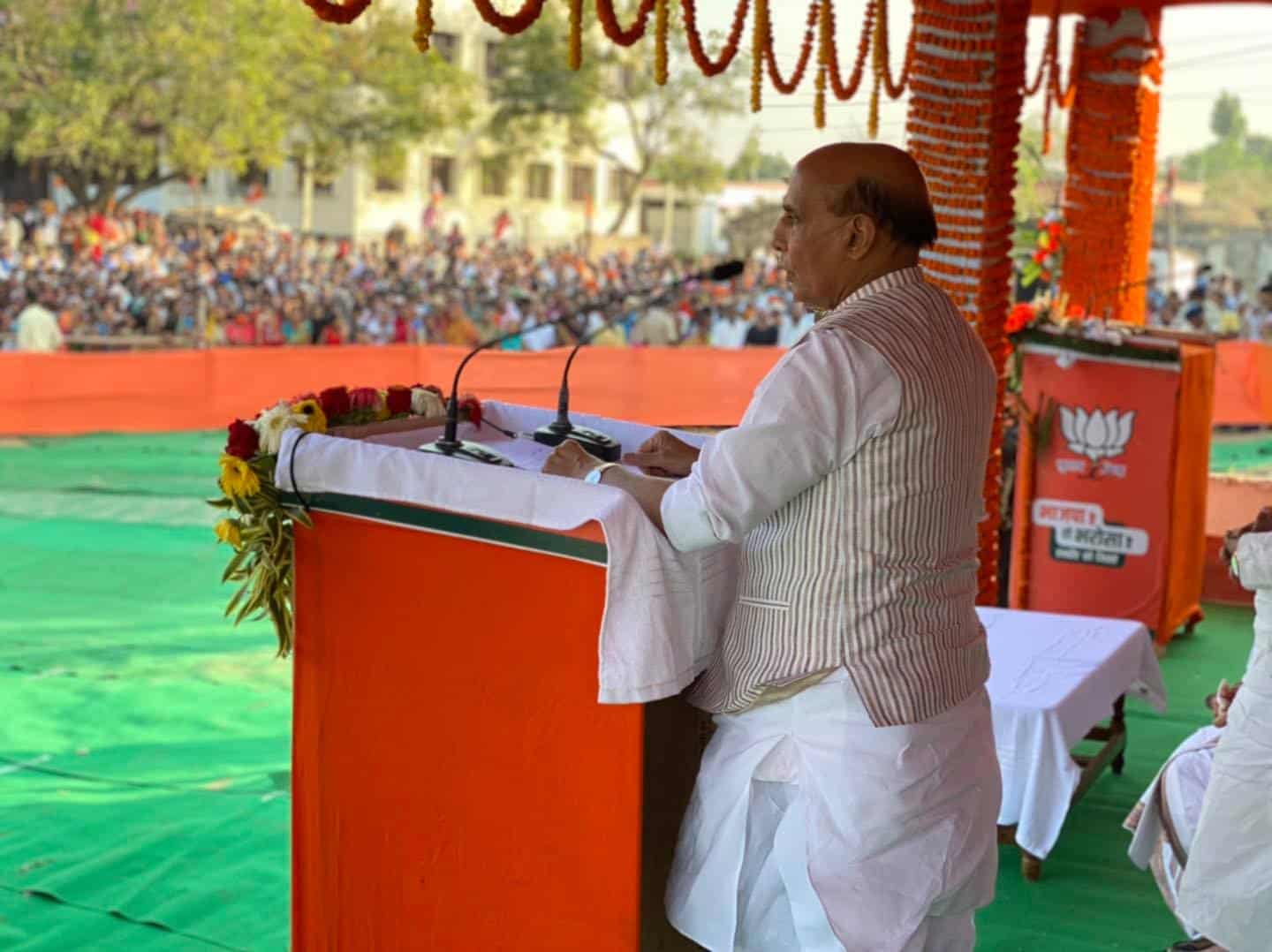 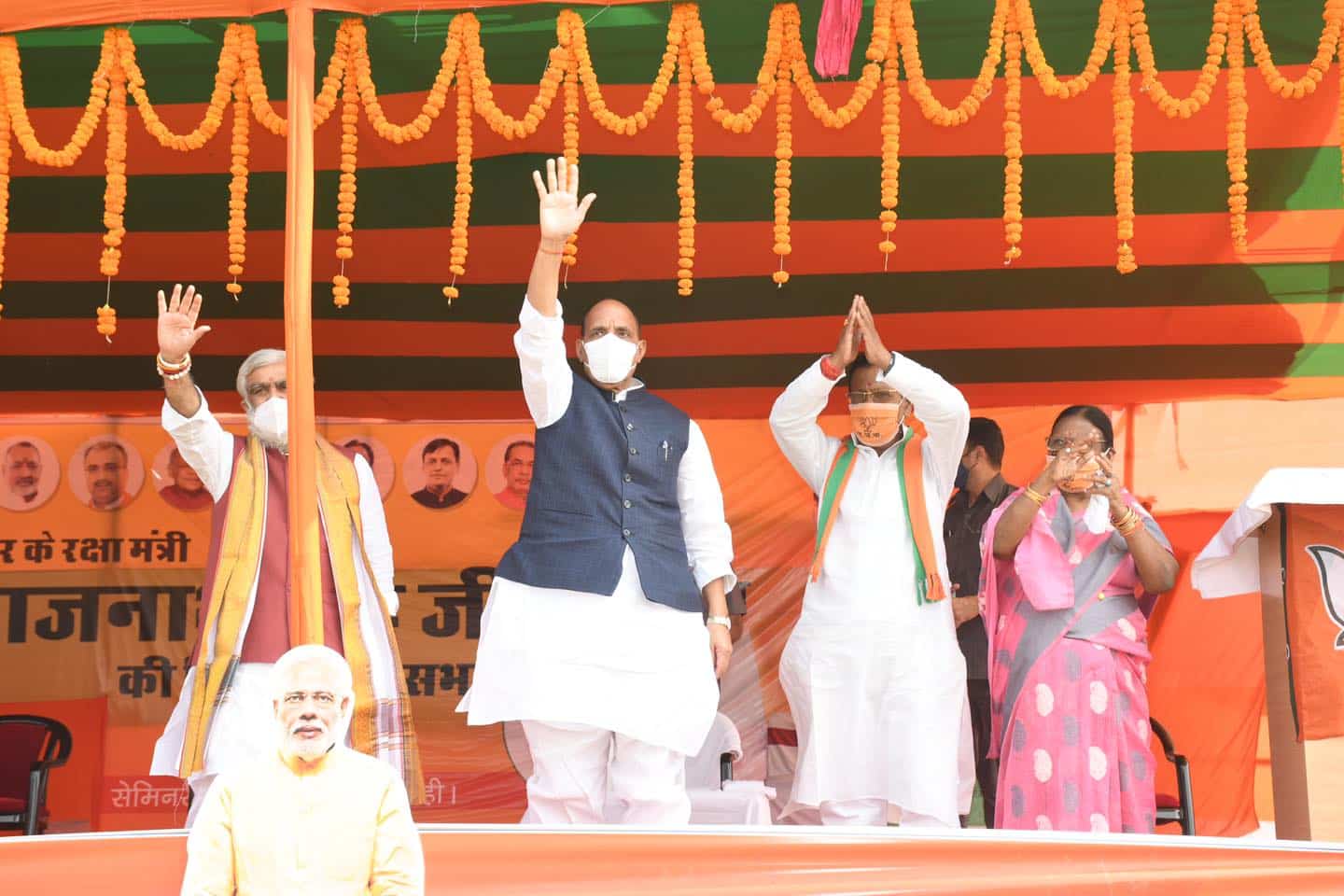 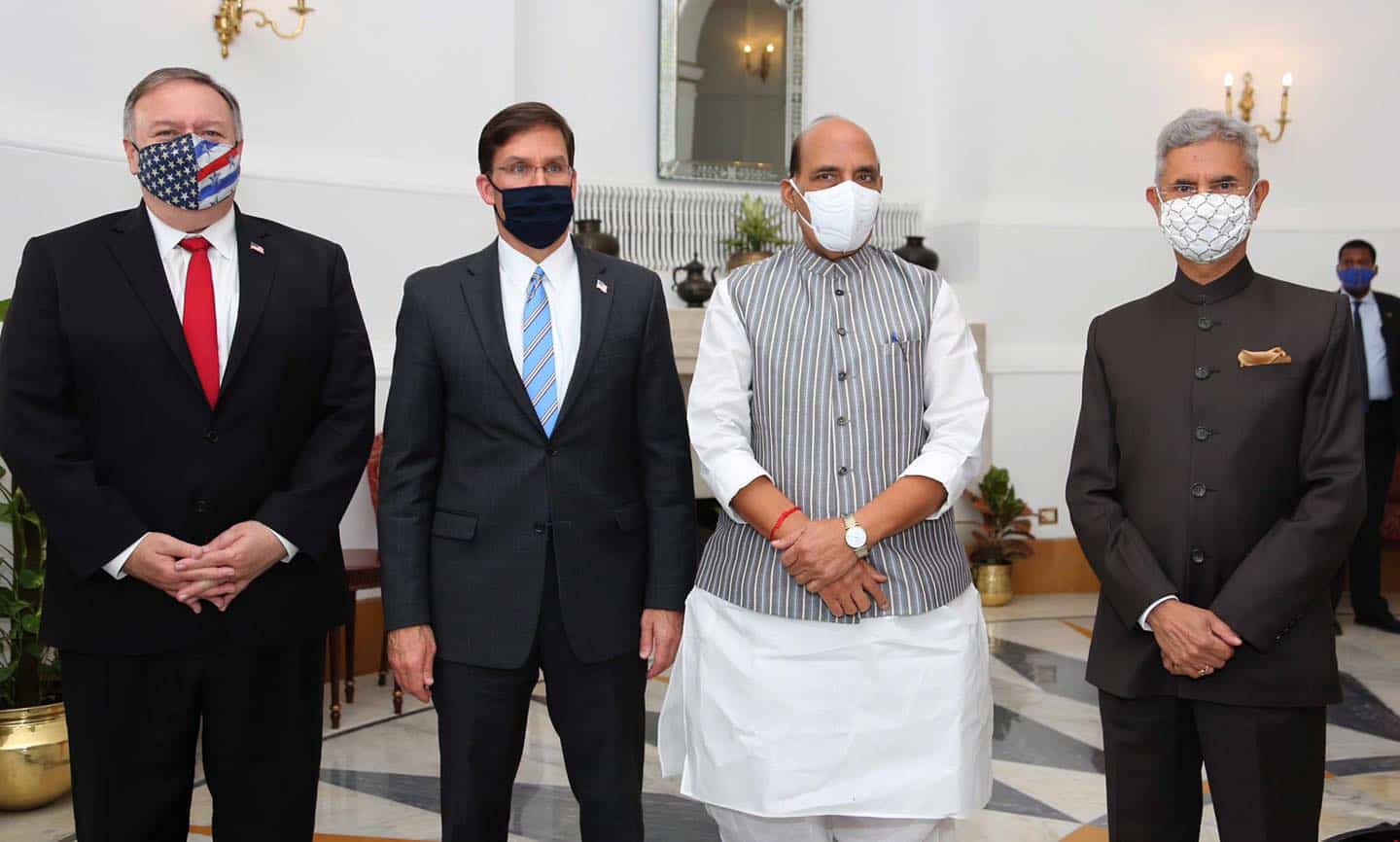 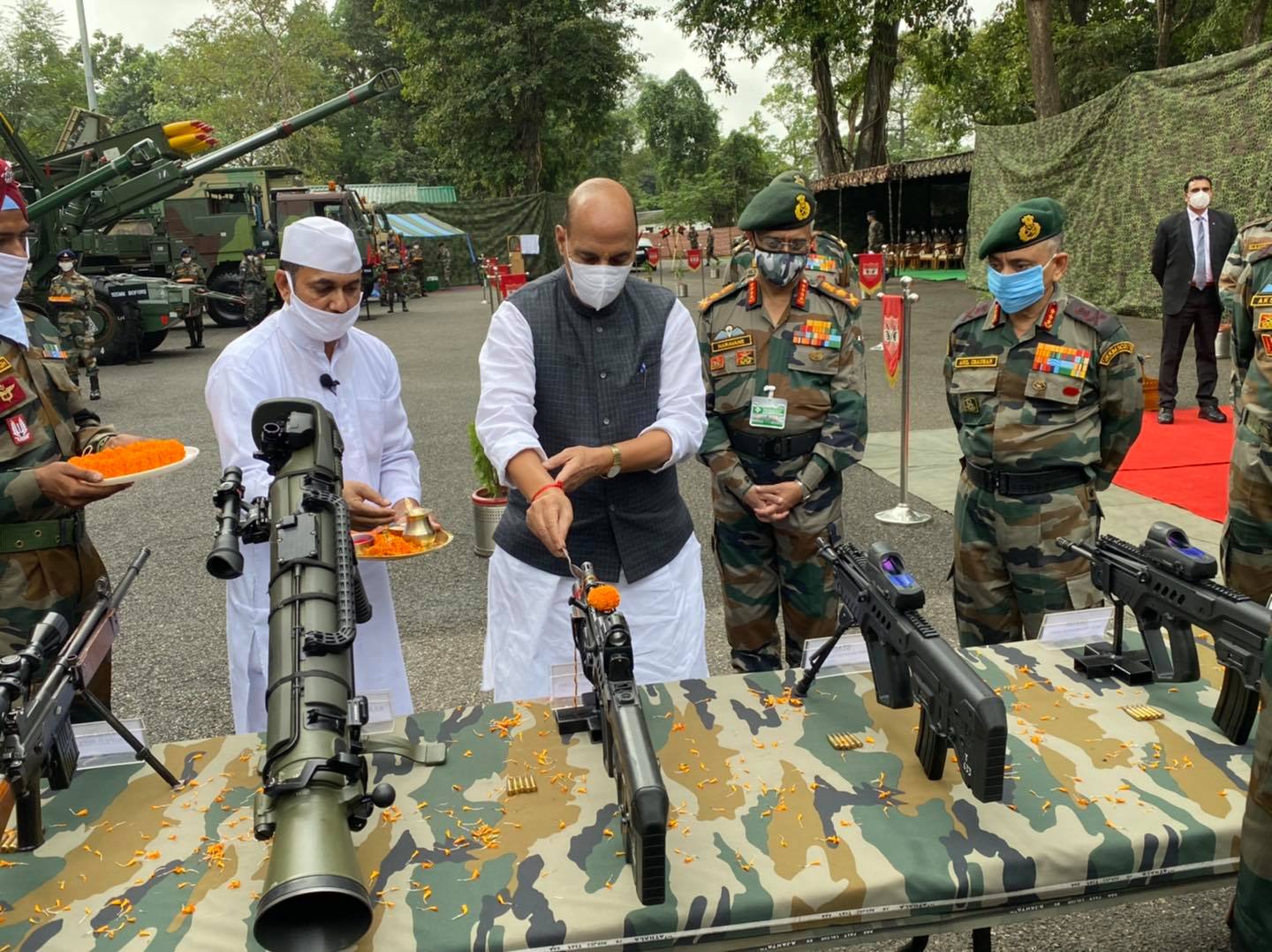 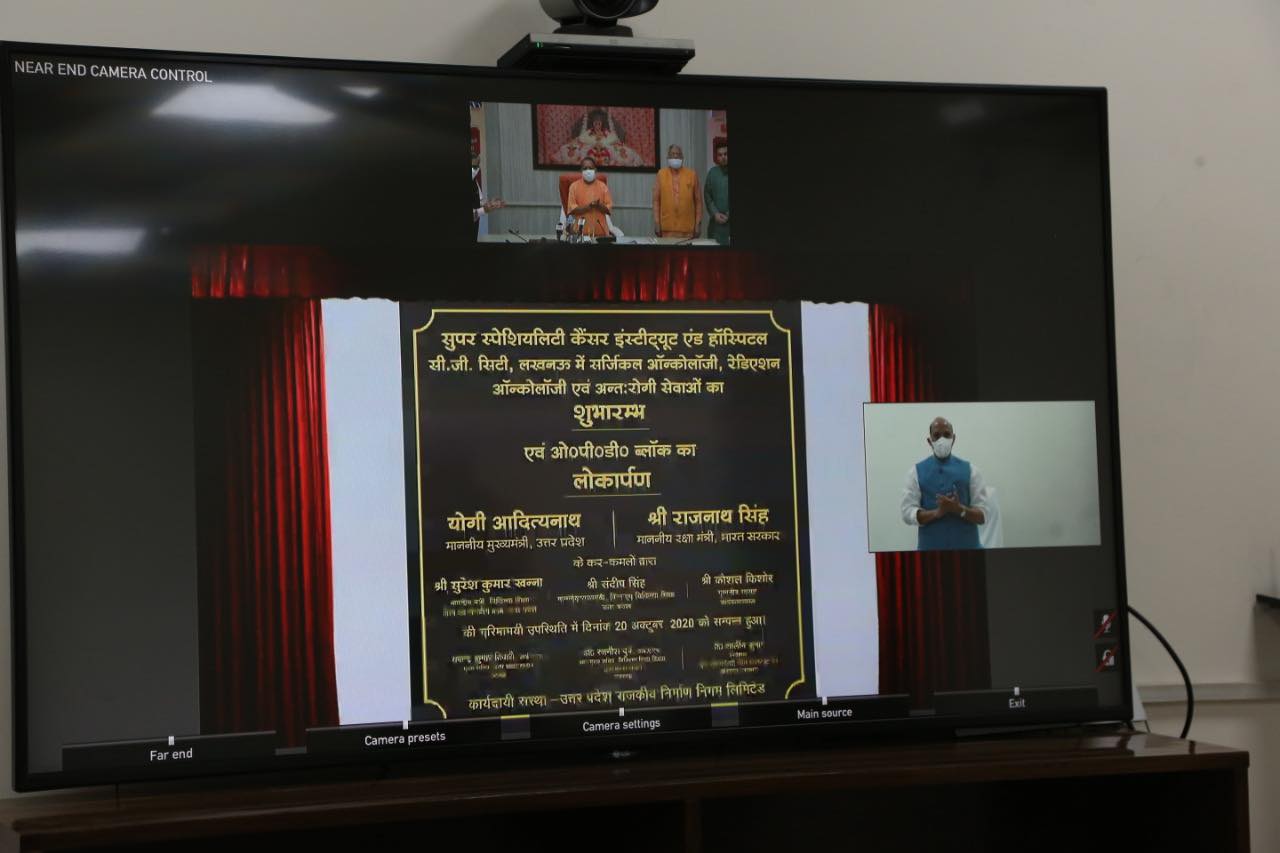 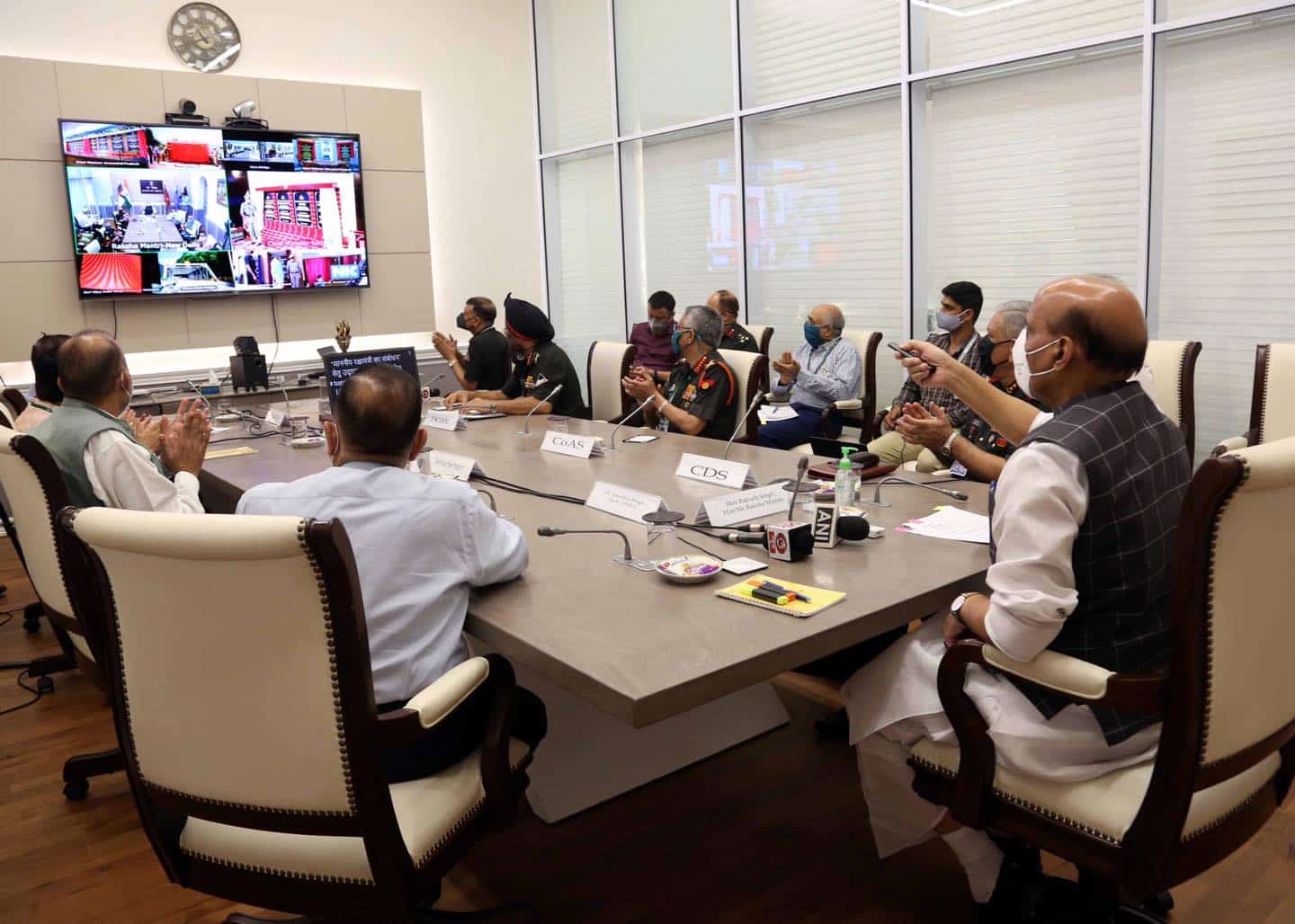 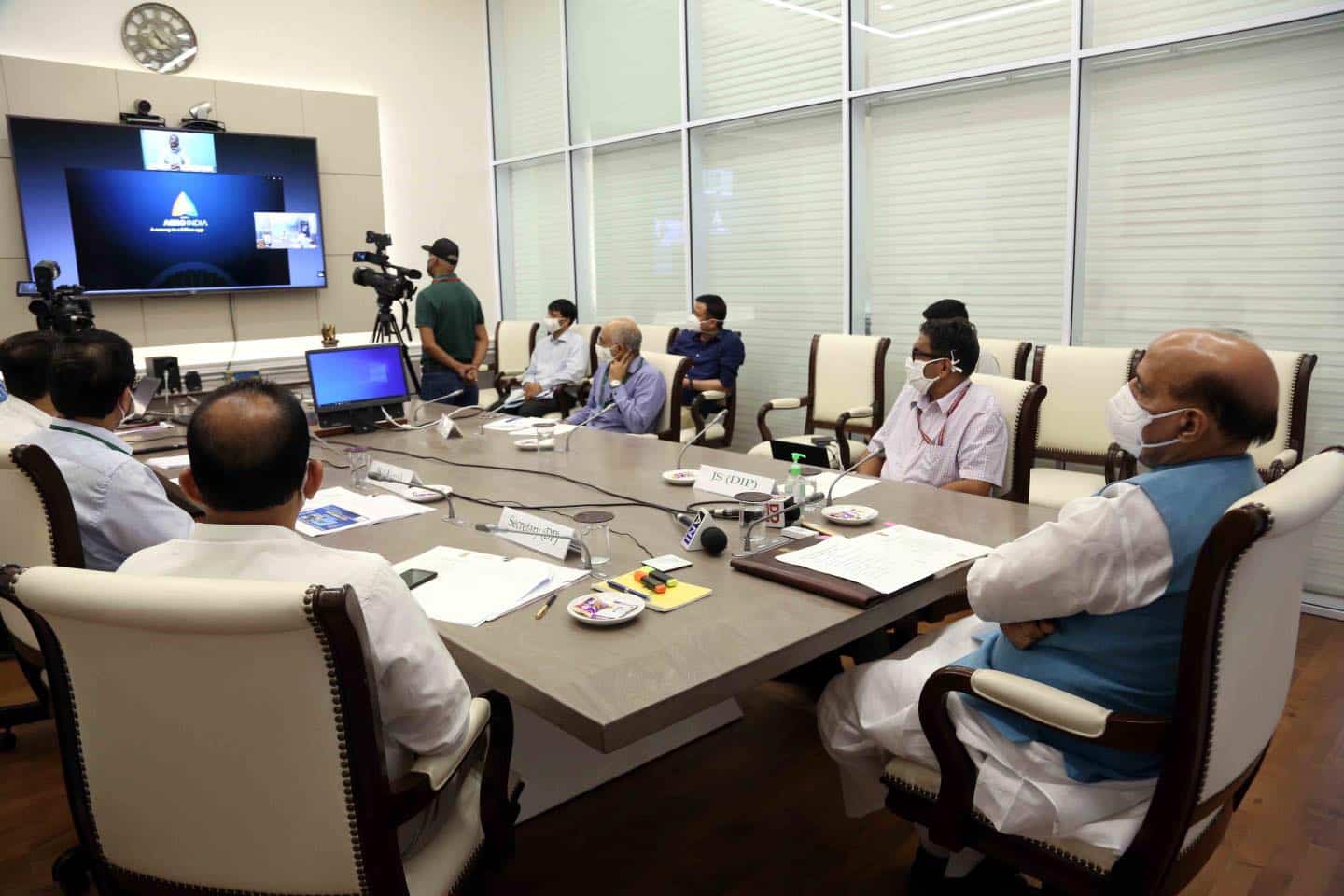 of the Akhil Bharatiya Vidyarthi Parishad

Worked as a Lecturer

of Mirzapur unit of the Bharatiya Jana Sangh

of the Jana Sangh

Member of the Legislative Assembly

from the Mirzapur constituency.

of UP from the BJP party

for UP Legislative Council

of the BJP in Rajya Sabha.

to the Rajya Sabha, Uttar Pradesh

from Ghaziabad in Uttar Pradesh

India is delighted to host the US Secretary of Defence, Dr. Mark Esper. Our talks today were fruitful, aimed at further deepening defence cooperation in a wide range of areas.

Sharing some more pictures from ‘Shastra Pooja’ at 33 Corps Headquarters in Sukna. pic.twitter.com/e1JWaOzqjp

The 19.85 Km Alternate Alignment of the National Highway 310 was dedicated to the nation today. This new alignment will bolster defence preparedness in the Nathula Sector. Congratulations to BRO for its unwavering commitment towards delivering outstanding quality infrastructure. pic.twitter.com/ytJlagqVld

Extremely happy to dedicate 44 major permanent bridges to the Nation today. The Foundation Stone for Nechiphu Tunnel was also laid on this occasion in Arunachal Pradesh.

These border infrastructure projects are of strategic importance and provide connectivity to remote areas. pic.twitter.com/aaonpDFhUw

Visited the ‘Atal Tunnel, Rohtang’ to review the preparations for the inaugural ceremony to be held tomorrow.

PM Shri @narendramodi will dedicate the Tunnel to the nation. This 9.02 Km long ‘Engineering Marvel’ will connect Manali to Lahaul-Spiti valley throughout the year. pic.twitter.com/fvwGcckzxB

Each of the these initiatives will help the iDEX-DIO to scaleup the programme qualitatively and quantitatively. pic.twitter.com/0ILhKdShlp

Happy to unveil the new Defence Acquisition Procedure (DAP)-2020 Document today. The Formulation of DAP 2020 has been done after incorporating comments and suggestions from a wide spectrum of stakeholders. pic.twitter.com/quRiyAKY3W

Paid my last respects to Shri Jaswant Singh ji and shared my heartfelt condolences with the bereaved family members. pic.twitter.com/XX7pyjnStx