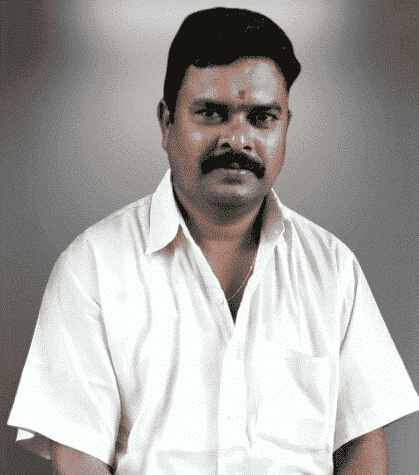 Raghunath Veerla is an Indian Politician of INC and Senior Leader of Rajupet in Mangapet at Mulugu District in the Indian State of Telangana.

On the 09th of July 1973, Raghunath Veerla was born to a couple. Mr. Amaraiah and Mrs. Seethamma resided in the village of Rajupeta in Mangapet Mandal in Mulugu District in the Indian State of Telangana.

In 1990, Raghunath Veerla acquired his Secondary Board of Education from Zilla Parishad High School at Rajupet in Mangapet in Mulugu District.

In 1997, Raghunath Veerla began his Political Career by entering the Indian National Congress (INC), often called a Congress Party, to attain the political requirements of the people while also providing a specific service.

As a part of INC, Manohar Naidu express keen interest and performs every activity as a Senior Leader by discharging his duties with a code of conduct and also for the recognition of the respective party.

Raghunath was a Telangana Activist. During Telangana Movement, i.eFrom, from 2004-2014, Raghunath played an active role and fought to create a new state, Telangana, from the pre-existing condition of Andhra Pradesh in India.

He set up a Vanta Varpu during the period of Rasta Roko and in programs of Sakala Janula Samme, and many more dharnas and rallies were held in continuous movement.

From Zilla Parishad High School at Rajupet in Mangapet in Mulugu District.