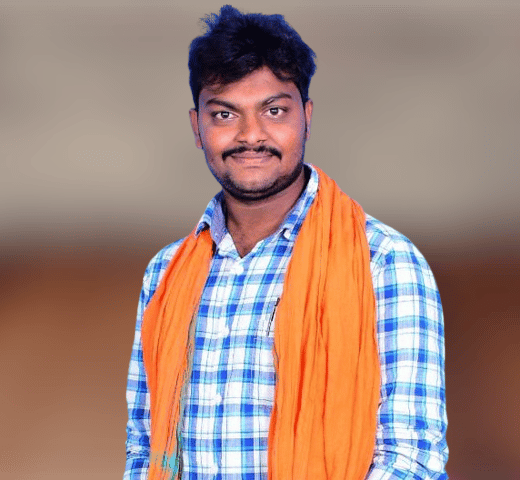 Rage Bharath Kumar is an Indian Politician and BJYM Mandal General Secretary of Peddakothapally in Nagarkurnool from the Political Party BJP.

On the 25th of July 1995, Bharath Kumar was born to the couple Mr. Rage Suresh Babu and Mrs. Rage Bagyamma in the village of Peddakarpamula in Peddakothapally Mandal of Nagarkurnool District in the Indian State of Telangana.

In the year 2010, Bharath Kumar acquired his Secondary Board of Education from Sri Guru Raghavendra High School in Nagarkurnool and completed his Intermediate course at Srinivasa Padmavathi Junior College in Nagarkurnool District in 2012.

He attained his Graduation of Degree from V.R.K Degree College, Nagarkurnool (VRKDC) in 2015 and obtained his Bachelor of Physical Education at Raychoti, Kadapa District in 2017.

Soon after the accomplishment of his education, Bharath Kumar turned into a professional Employee in the My Home Industries Private Limited. Despite handling huge family responsibilities, he always had greater achievements Professionally and Educationally and has managed his business while also taking care of his family’s responsibilities.

Before completing his education, in the year 2012, Bharath Kumar entered politics with a passion to serve the people by joining the Akhil Bharatiya Vidyarthi Parishad(ABVP) and serving as an Active Member to promote the right perspective on the need for holistic and sustainable development in students.

He stood by the students and gave courage to the students by solving every problem. His modesty further enhanced his responsibilities by being elected as ABVP Mandal Convenor of Peddakothapally in 2013 for his services to the People.

On the one hand, he is continuing his education and on the other, he is desperately fulfilling his responsibilities as the District Working Committee Member in Nagarkurnool from ABVP in 2015.

In addition to his primary responsibilities, in 2016, he was appointed and served as a State Working Committee Member in Telangana from ABVP to ensure that the initial and subsequent tasks run smoothly.

He holds several positions in ABVP during the student phase and shows his solutions to every problem faced by the students by providing his support. In the year 2019, Bharath Kumar switched to through the Bharatiya Janata Party(BJP) which was founded by Atal Bihari Vajpayee (Former Prime Minister of India) and Lal Krishna Advani(Former Deputy Prime Minister of India).

Since the day, Bharath Kumar joined the Party, he has been served the BJP and doing his part for the betterment of society by carrying out his duties properly and following the rules amd regulations of the party.

By continuing his tenure in ABVP, He joined the Rashtriya Swayamsevak Sangh (RSS). After joining the RSS he has gone through the Initial Training Camp(Prathmik Shiksha Varg) in 2017.

For his work and humility, Peddaiah was designated as the BJYM Mandal General Secretary of Peddakothapally in 2019 to serve the people in all ways by working comprehensively all the time for the welfare of humankind by citing code of conduct and disciplinary issues.

He set up and engaged in every Mandal level, Village level meeting at his own cost and delivered speeches by motivating the youngsters and the upcoming leaders.

During Elections, he actively participates in the Door-to-Door election campaign at Nagarkurnool and worked hard to win the party in his locality.

In case of any issues with the land of the village people, Bharath Kumar remained and argued the issues and handed over the lands to them.

Every year, on the anniversary of the birth and death anniversaries of national leaders and freedom fighters, Bharath Kumar and the BJP Party Leaders commemorate the anniversary and express gratitude to them for their contributions to the country.

He carries out his responsibilities while looking after the welfare of the people living in the village and zone by clearing the issues related to Water, Drinages, and every minute problem to the individual.

He served the elderly and needy people in the community by supplying them with the necessities of life and by assisting them through times of financial hardship.

Organizing an awareness seminar to enlighten students about the significance of education in school was one of the most significant contributions Bharath Kumar made to ensure the students’ bright future.

Many service activities, such as blankets for beggars, clothing for the destitute, and meals for orphaned children, were planned during the event.

He fights for the people’s concerns and the welfare of the people, and many of the colony’s development plans have been a resounding success as a result of his efforts. 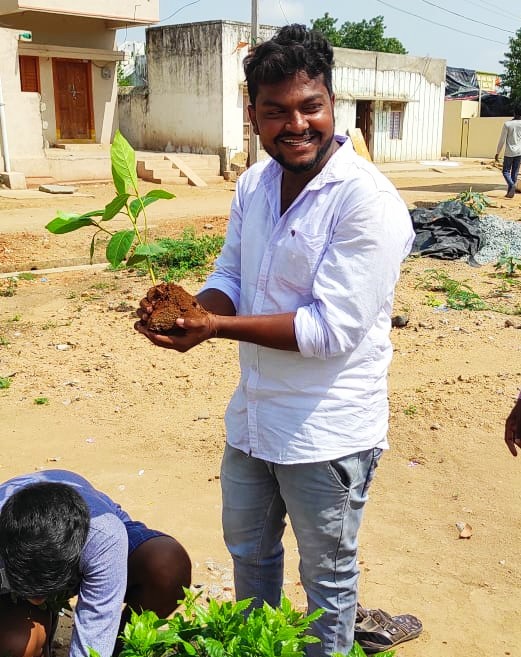 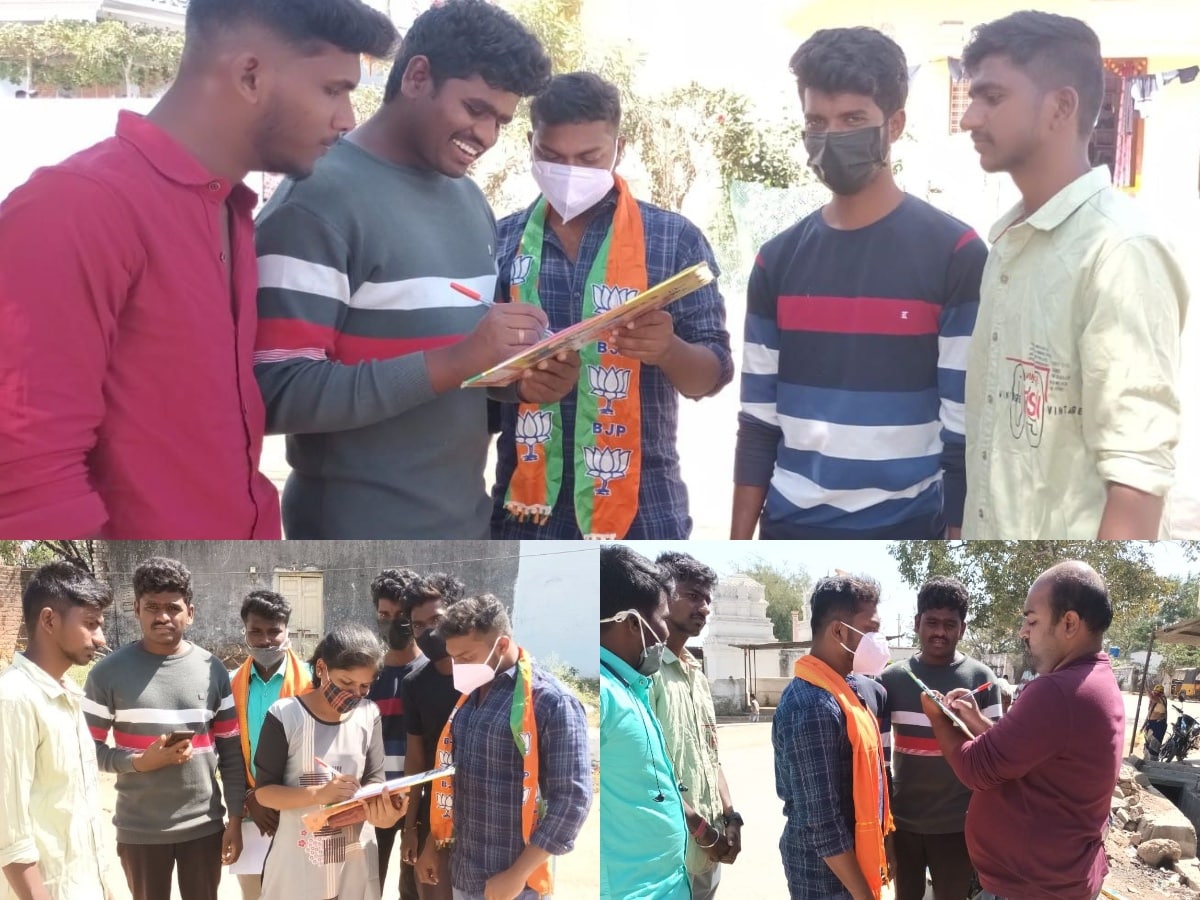 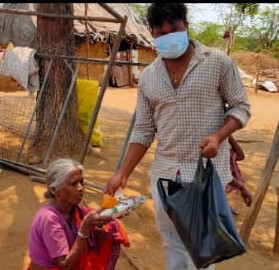 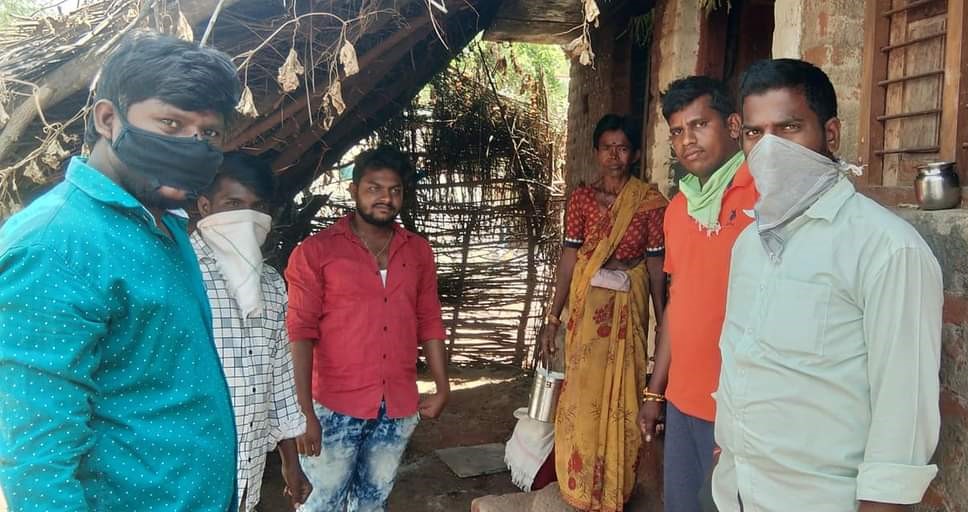 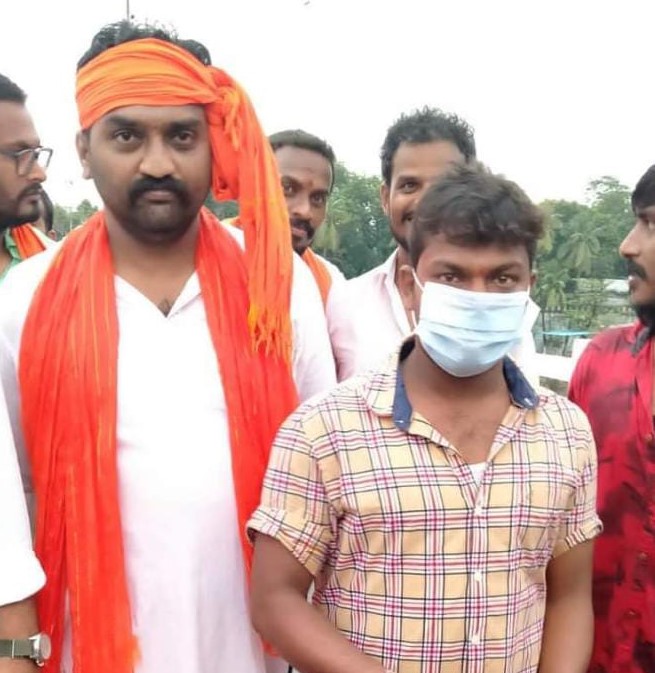 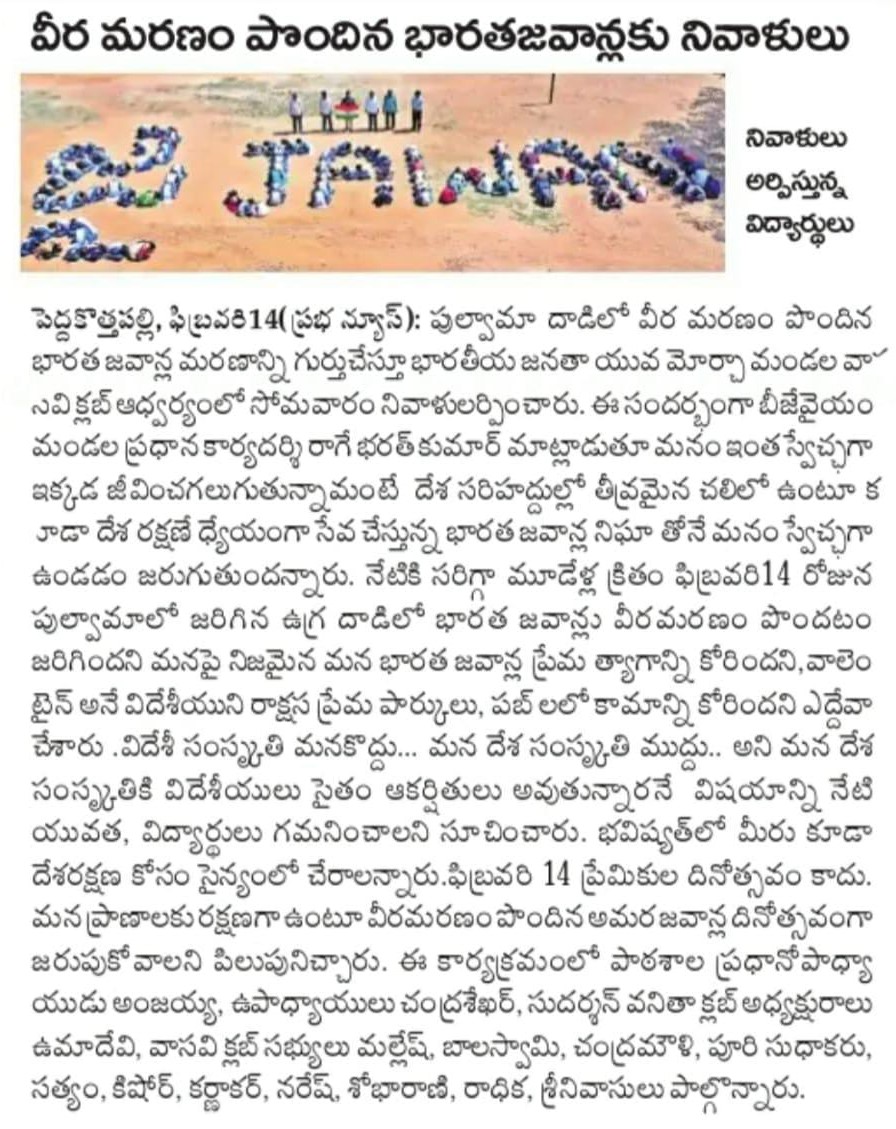 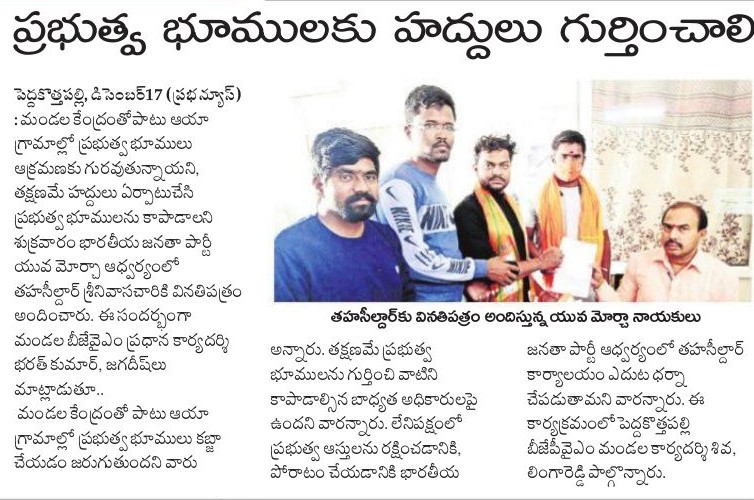 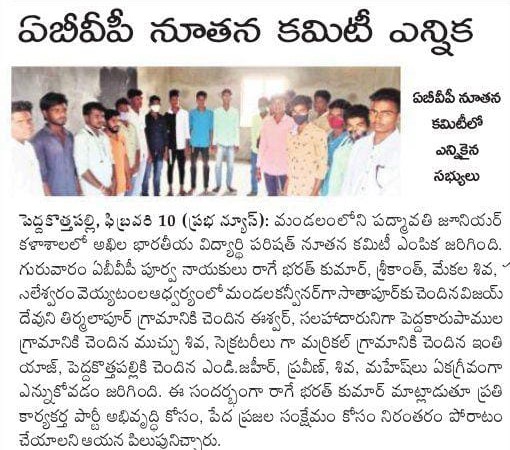 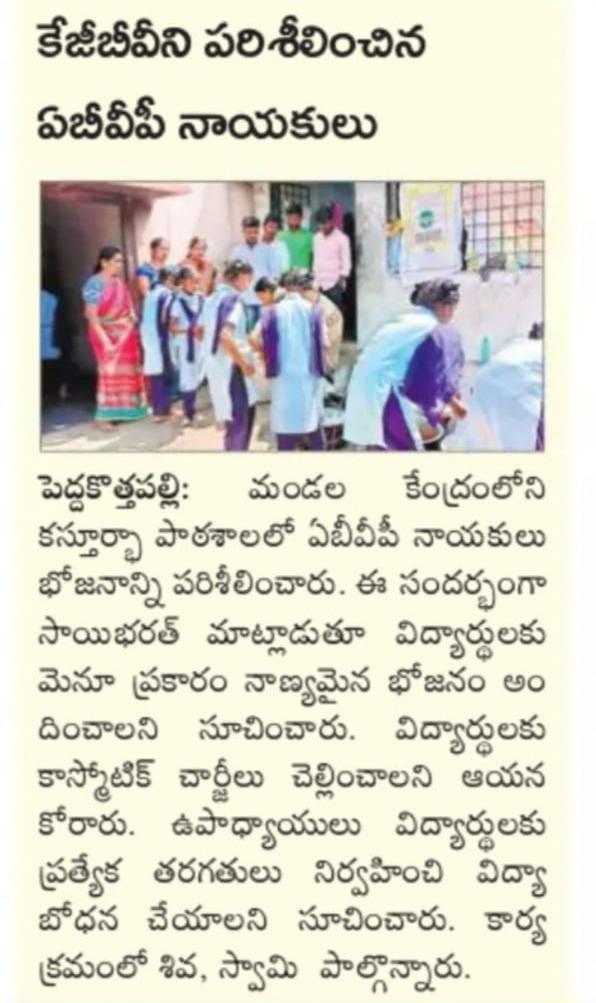 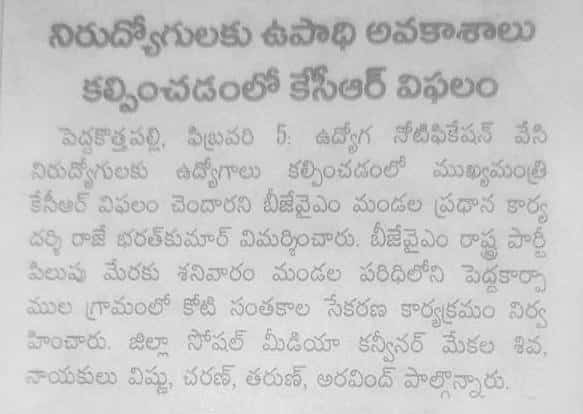 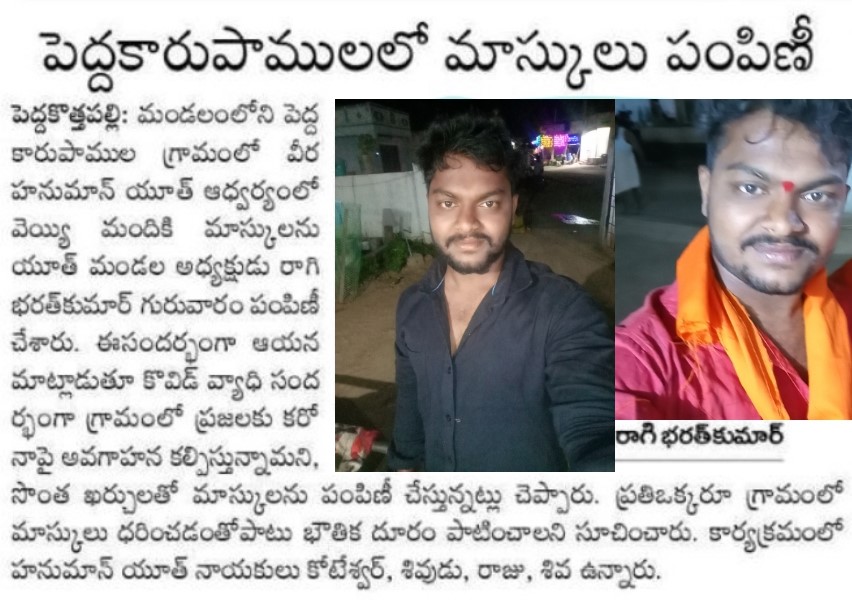 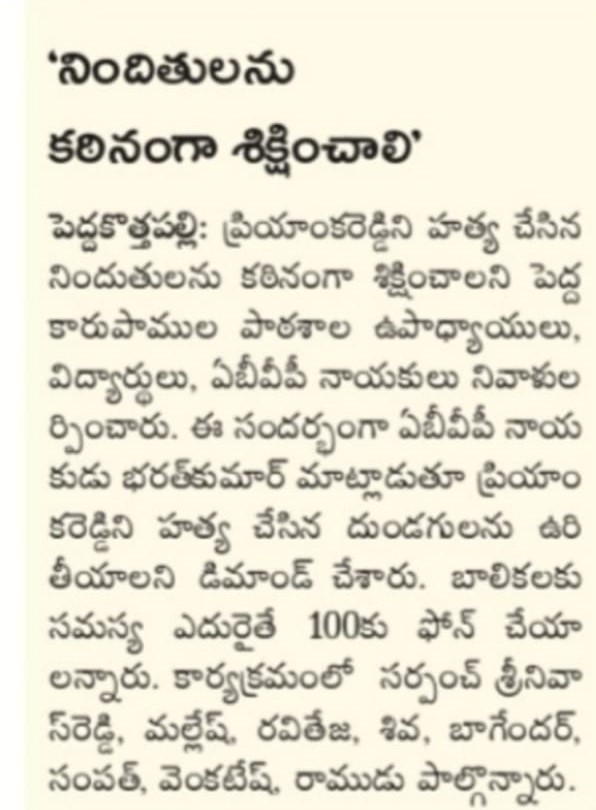 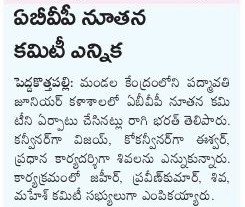 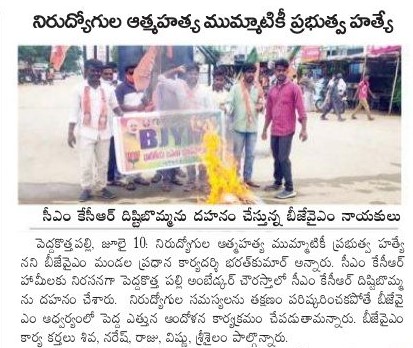