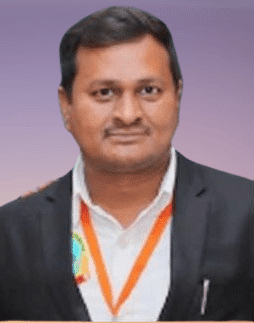 On the 14th of November 1982, Kishore Kumar was born to the couple Mr. Pulugu Prabhakara Rao and Mrs. Pulugu Jansi Rani and resided at Guntur in Guntur Mandal of Guntur District in the Indian State of Andhra Pradesh.

In 2003, Kishore Kumar acquired his Graduation(Degree) from Hindu degree college, Guntur. In 2005 he gets into his higher education with his Post Graduation in Hindu P.G College. In 2013, Kishore obtained his Doctor of Philosophy (P.H.D) in Computer Science at Hyderabad Central University. In 2014 he completed Bachelor of Education (B.ED) at Andhra Muslim College, Andhra Pradesh.

Kishore Kumar his early professional career after getting his qualification with strong objectives and commitments, having started his doing job. From 2005-2008 he worked Data Analyst at Narayana Medical College located at Nellore. From 2008-2012 he did Testing Engineering, at Altus Systems in Hyderabad. Kishore worked Device Trainer at Cipla Company.

From an early age, he strongly desired to work in the public service. Kishore has been in service since he was a child. He has participated in several service activities while pursuing his education. While working at Cipla company he developed a love for social service. In 2020 Kishore has started social services.

Through this organization, he fought for Indian G.D.P. and the growth of cottage industries and promote start-ups, as well as to do Prakriti agriculture (organic farming) through the Svalambana Bharat scheme, he gave a motivational speech. and for which worked very hard.

He did a lot of planting trees and doing a lot of town development activities. He continues to serve the people and maintains their trust by prioritizing their immediate concerns and the performance of the community.

He has been leveraging all of his capabilities for the people and pursuing his satisfying life of public welfare. He abides by the rules and regulations.

Kishore was Spandana Eda International Foundation Organisation as Vice President Students are made aware of the value of the future, and awareness in society is made aware of things like suicide that are happening in the society.

In both states, Underprivileged students will be financed through this organization, as well as students can achieve anything in their studies, He has given motivational speeches.

People will be explained the changes that need to take place in society against superstitions.

“To make a great future India, the whole secret lies in organization,  accumulation of power, co-ordination of wills.”