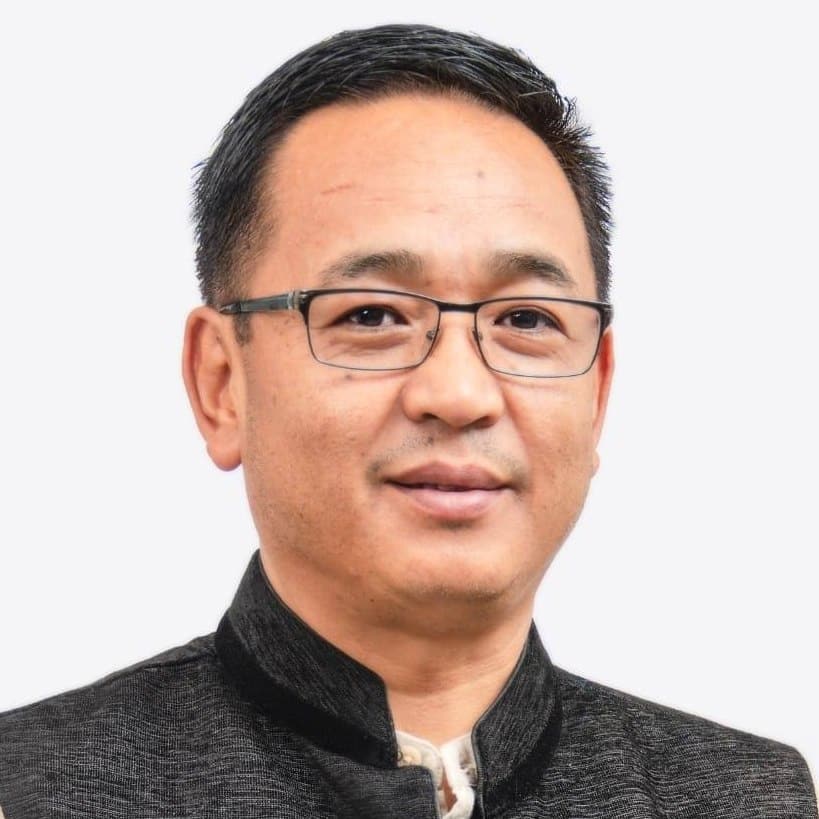 Prem Singh Tamang(PS Golay) popularly known as PS Golay is the current Chief Minister of Sikkim. He was a key member of the Sikkim Democratic Front(SDF) party. He was born on 05-February-1968 in the Nepali family of Kalu Singh Tamang and Dhan Maya Tamang.

He graduated with a degree in Bachelor of Arts from Darjeeling Government College in 1988. After graduation, he worked as a Govt  Teacher in a state-run school. His son Aditya Tamang, is a politician who is also a Member of the Sikkim Legislative Assembly from Soreng-Chakung Constituency.

In 1990, He was appointed a graduate teacher under the HRD Department in the Government of Sikkim and served until 1993. Due to his active interest in social work and politics, he resigned from government service and started participating in the political activities of SDF.

As the SDF candidate in the Soreng-Chakung constituency, West Sikkim, he was elected to the Sikkim Legislative Assembly in 1994. He served as State Youth Convenor and Vice President.

From 2004-2009 as the Minister for Building and Housing Department. He was the Founder of the Sikkim Krantikari Morcha(SKM).

Golay became a dissident MLA of the SDF party after the Role Picnic event that was conducted by employees of Sikkim on 21-December-2009. The ruling party called a show-cause notice to the government workers who attended the Role Picnic.

Following this incident, Golay decided to found the Sikkim Krantikari Morcha, which opposed the SDF, on 4-February-2013 in Soreng, West Sikkim. On 6-September-2013, he officially resigned from all SDF party duties and became the President of the SKM party.

During the election of 2014, the party gained ten of thirty-two seats in the Sikkim State Legislative Assembly under the leadership of Golay. Overall, in the 2014 election, Golay’s party shared 42% of the total votes in Sikkim.

In 2017, He became the Main Opposition Leader of Sikkim, serving as a President of Sikkim Krantikari Morcha. 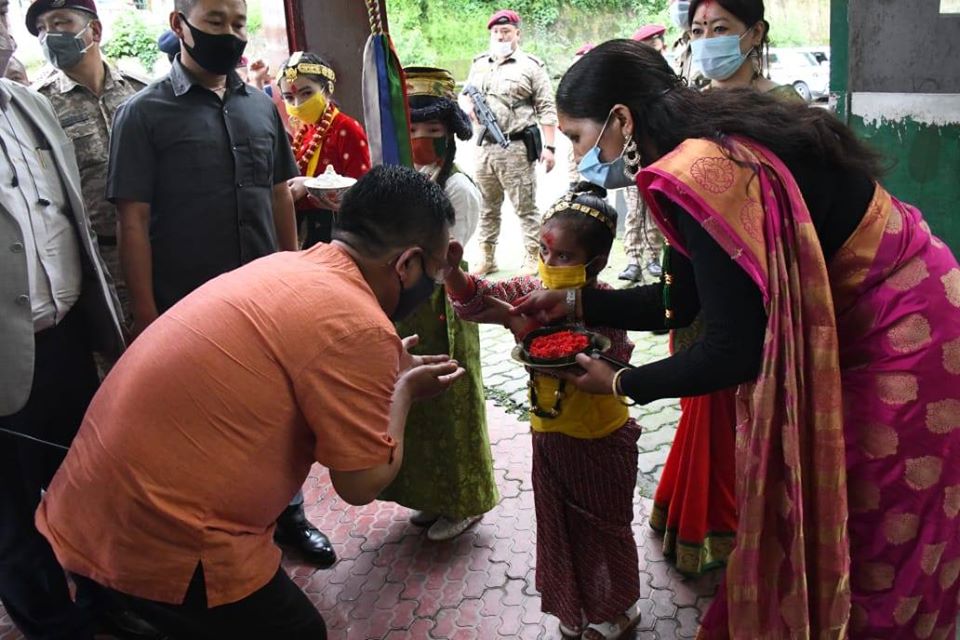 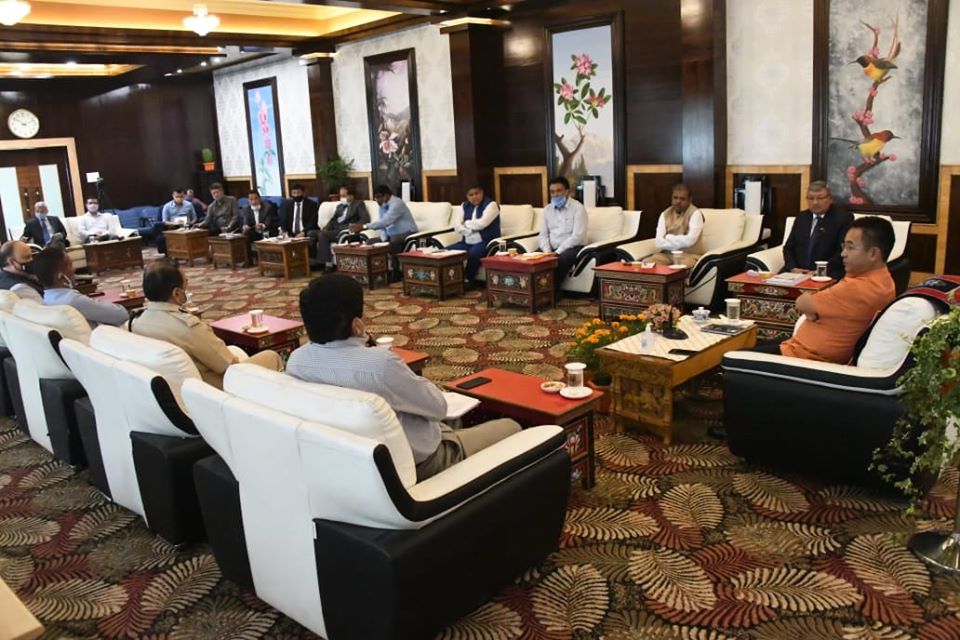 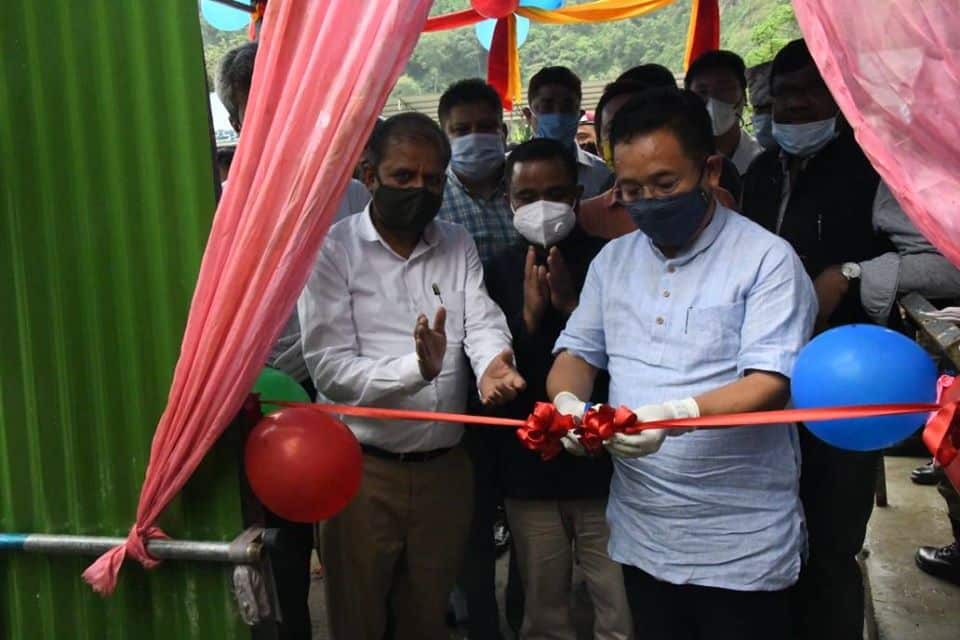 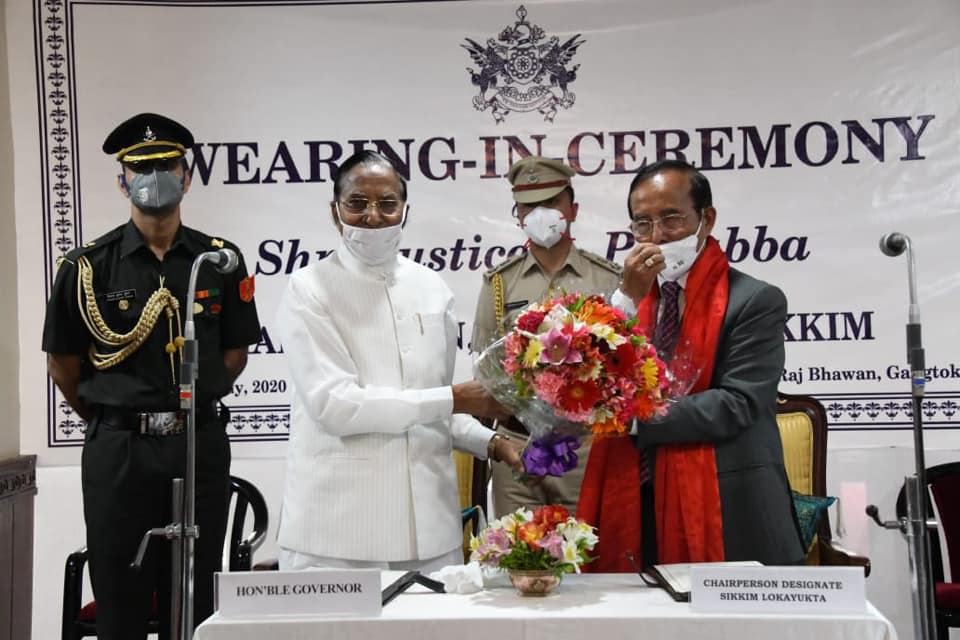 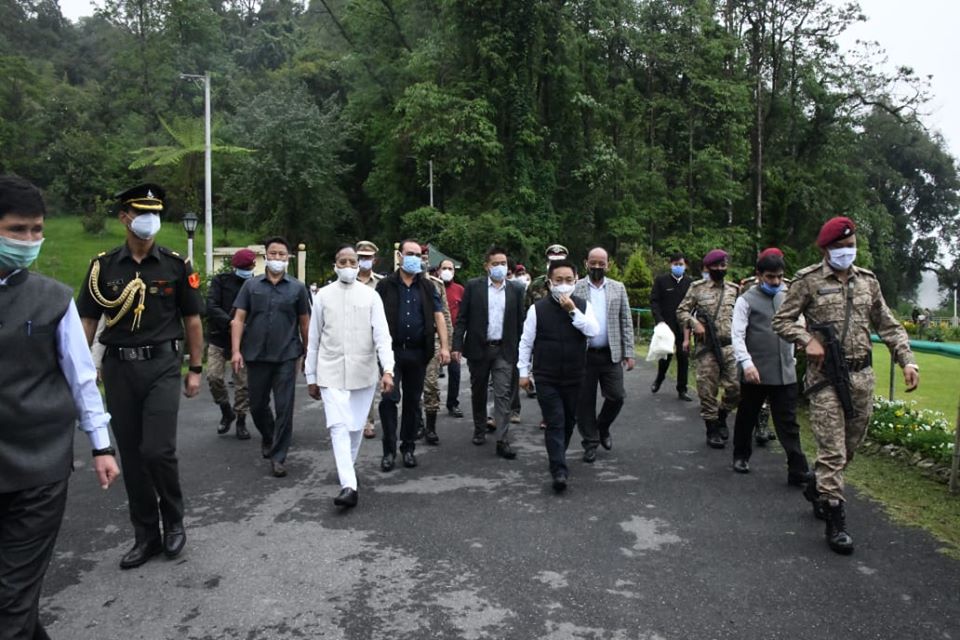 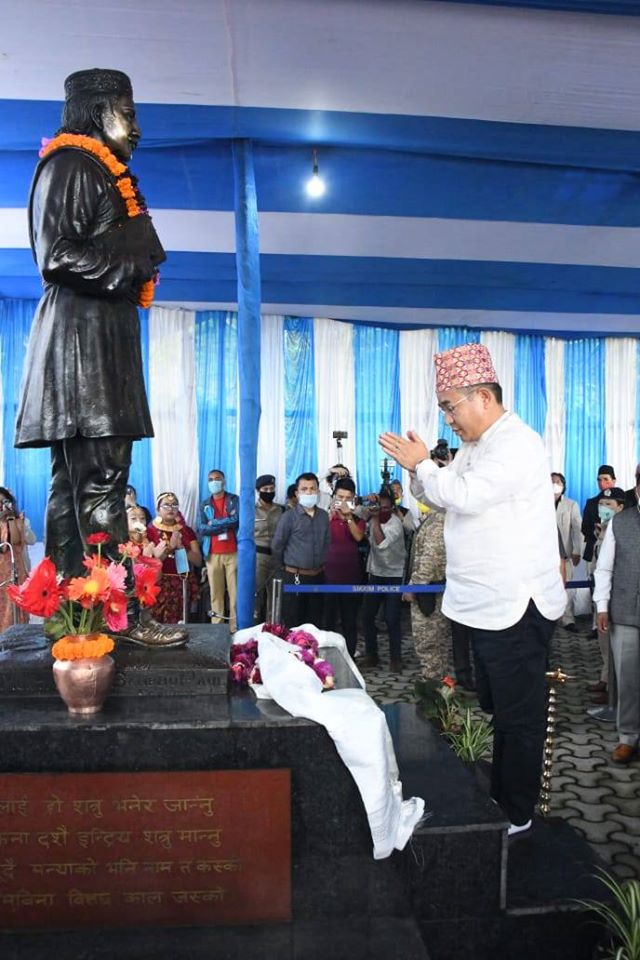 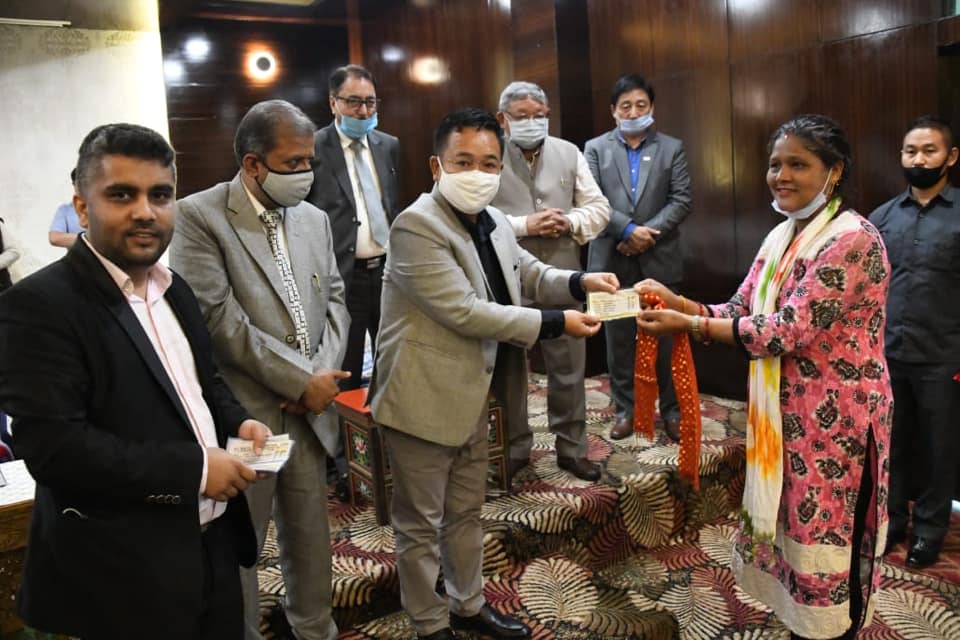 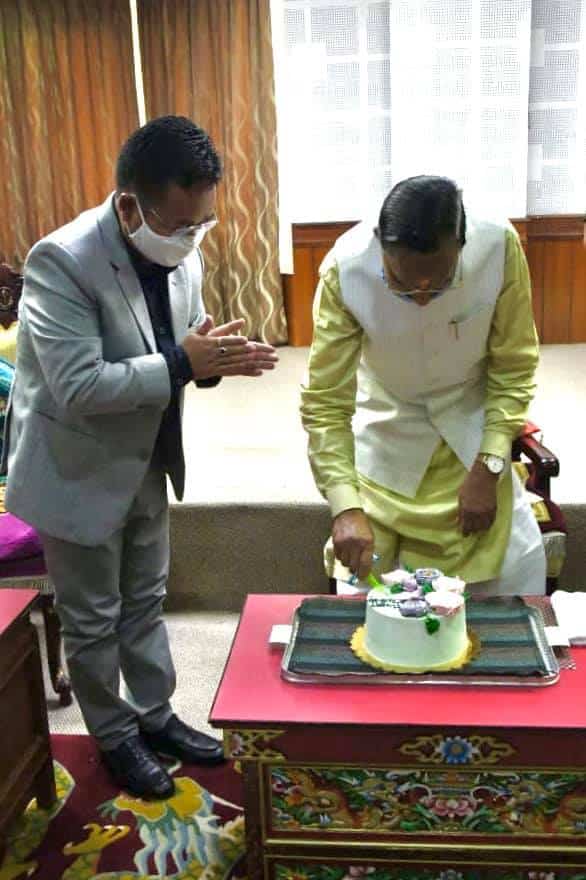 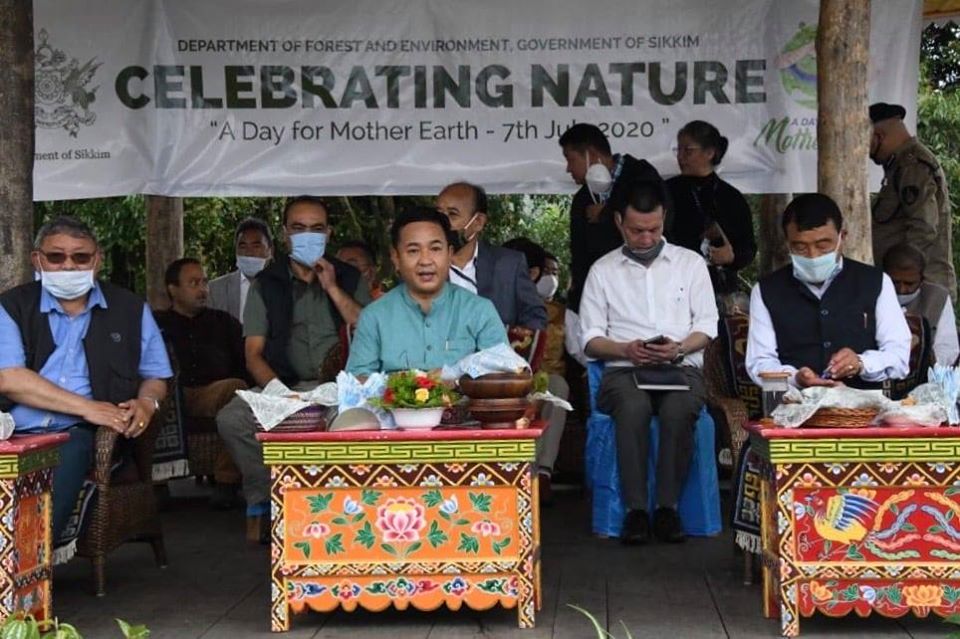 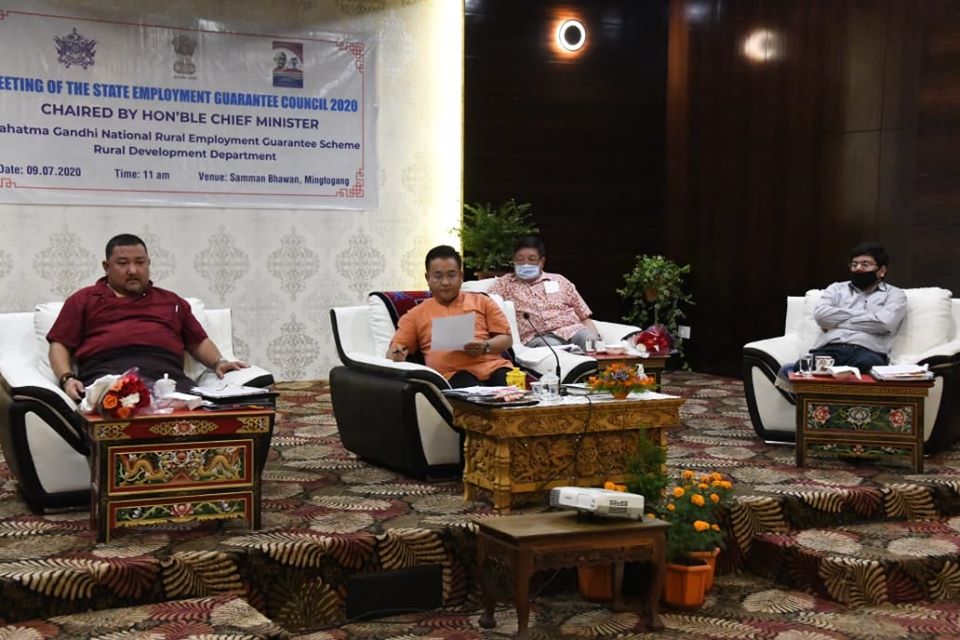 under the HRD Department in the Government of Sikkim

for Industries and Animal Husbandry

for Building and Housing Department

of the Sikkim Krantikari Morcha

of the SKM party

We visited the landslide hit areas in and around North Sikkim and distributed ex-gratia of 2 lakhs and 1 lakh 1 thousand to 50 people from CMRF and NDRF respectively. Have ordered the concerned authorities to expedite the restoration process earnestly.#CMOSikkim#pmoindia pic.twitter.com/y7Z3aSXt5W

PM @narendramodi’s remarks in the all-party meeting were crystal clear in reaffirming India’s stand on the China issue. It was reassuring to hear that the government won’t compromise on India’s interests. Everybody also had great faith in our forces to vanquish any evil design. pic.twitter.com/Pg9w75Ge2u

On the Occasion of World Environment Day, Sikkim launched a National campaign on Tinospora Cordifolia and will distribute 1 lakh saplings in all districts to promote its herbal use.#EnvironmentDay #NurtureTheNature pic.twitter.com/ssbJnfGNT5

I congratulate the Union Health Minister @drharshvardhan Ji who is set to take charge as the Chairperson of the World Health Organization (WHO) Executive Board on May 22.#WHO #CMOSikkim pic.twitter.com/0hosPdEEW9

Participated in a Video Conference called on by the Hon'ble Prime Minister @narendramodi regarding COVID-19 with other Chief Ministers of all the states.#Covid_19 #CMOSikkim pic.twitter.com/Cje0eesM4r

I had a very fruitful video conference meeting with Shri @rsprasad Ji regarding the initiatives in the field of I.T. In fighting COVID-19.#CMOSikkim #SikkimfightsCOVID pic.twitter.com/P7gXpnHauY

I met the Union Minister for Health and Family Welfare & Science and Technology @drharshvardhan in New Delhi. We discussed various health issues faced by our state. I also put forward the proposal of taking Sochyagang hospital under the aegis of AIIMS, New Delhi.#CmoSikkim pic.twitter.com/KwgWPZgKU0

Today I met Hon’ble Vice President @MVenkaiahNaidu and invited him to visit Sikkim. He gracefully accepted our invitation and will be visiting our state in the month of March this year.#vicepresident #CMOSikkim pic.twitter.com/4O7nXf12YH

Today, I attended a project presentation by the consultant of Lion Marsway JVC of New Delhi in the presence of Minister, Road & Bridges and other officials at my residence to discuss an alternate route to link Sikkim to other parts of India.#cmosikkim pic.twitter.com/f9WpDBGfsr