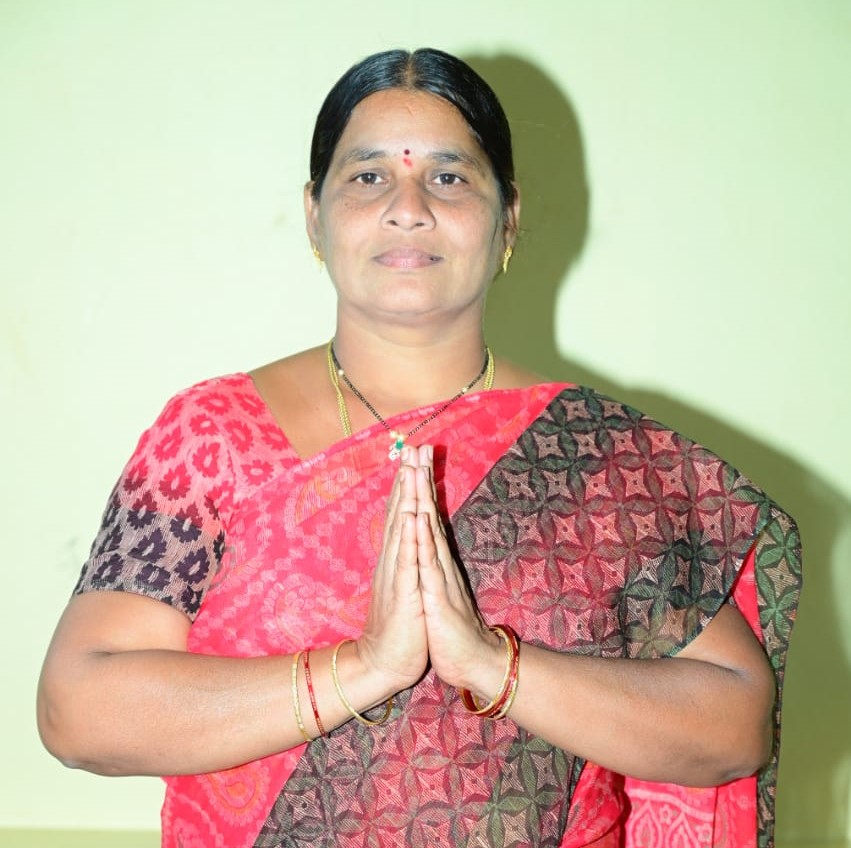 Potru Venkata Lakshmi is currently working as a Sarpanch of Gollapudi village of Krishna District from YSRCP.

She was born and raised in the Krishna District of Andhra Pradesh State. Being born into a rural middle-class family, She never believed in Fancy education.

She had a simple educational background as anyone and everyone does like higher Secondary Board Examination from ZP High School situated at Kalluru in the year 1998.

As her passion is to be self-employed and self-dependent, as being a student Soon after accomplishment of his studies, In the age of 22 She engaged and Married a Muthaiah. And this ethnic couple serving with a happy family.

Since childhood, Venkata Lakshmi has shown a keen interest in politics. In the time of his educational career, Venkata Lakshmi was highly inspired by the service rendered by the Indian politicians. This made him fortunate as this would provide him a path to do service to more people.

At that moment she preferred to do service selflessly to the people in any situation and by extending his service and work by accepting the honorable positions. In a Head of Time, Venkata Lakshmi has begun his political career in the period 2002, Indian National Congress Party (INC) which is ruling under the leadership of Sonia Gandhi.

From the date of joining the Party, He has been worked as a Congress Party Active Member by actively participating in every program related to the political party. For her comprehensive commitment towards the work after the instant death of YS Rajashekar Reddy, she soonly joined the Yuvajana Sramika Rythu Congress Party (YSRCP) founded by currently designated as Chief Minister of Andhra Pradesh and President of YSRCP YS Jagan Mohan Reddy.

He worked as an Active Member for countable years by discharging his duties with a code of conduct. By his prestige and Patriotism towards the position, The Village people of Krishna District appointed him to serve in the designation as Sarpanch from YSRCP Political Party.

Since then she has been monitoring the respective designations by solving the issues. Being serving in the assigned positions, Venkata Lakshmi has been performed many social and welfare activities for the people. From the moment he has begun his early life till now he has been using all his resources for the people and pursuing his happy life of public welfare.

She is a dedicated follower of YS Jagan Mohan Reddy Participated in the Samaikyandhra Movement to prevent the division of the state-separating the Telangana districts of the state into a separate Telangana state. During the movement, The people of Gampalagudem Mandal took part and completely played a key role in the foot march (padayatra) organized by YS Jagan Mohan Reddy.

During the continuous Samaikyandhra Movement, Venkata Lakshmi went on a District wise padayatra against started his padayatra and continued her journey to Krishna District to prevent the division of the state-separating the Telangana districts of the state into a separate Telangana state.

For Me, A better Democracy is a Democracy Where Women Do Not Have only the Right To Vote And Elect, But To Elected With All Goals And Missions. 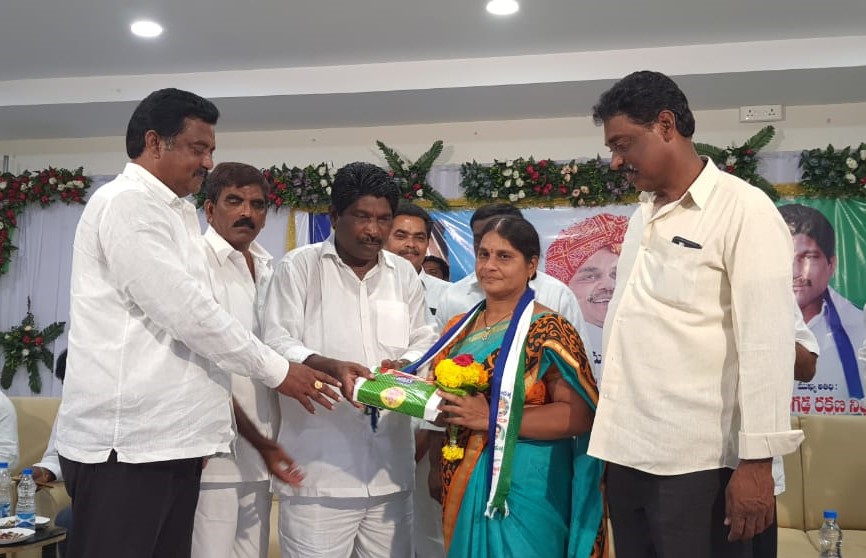 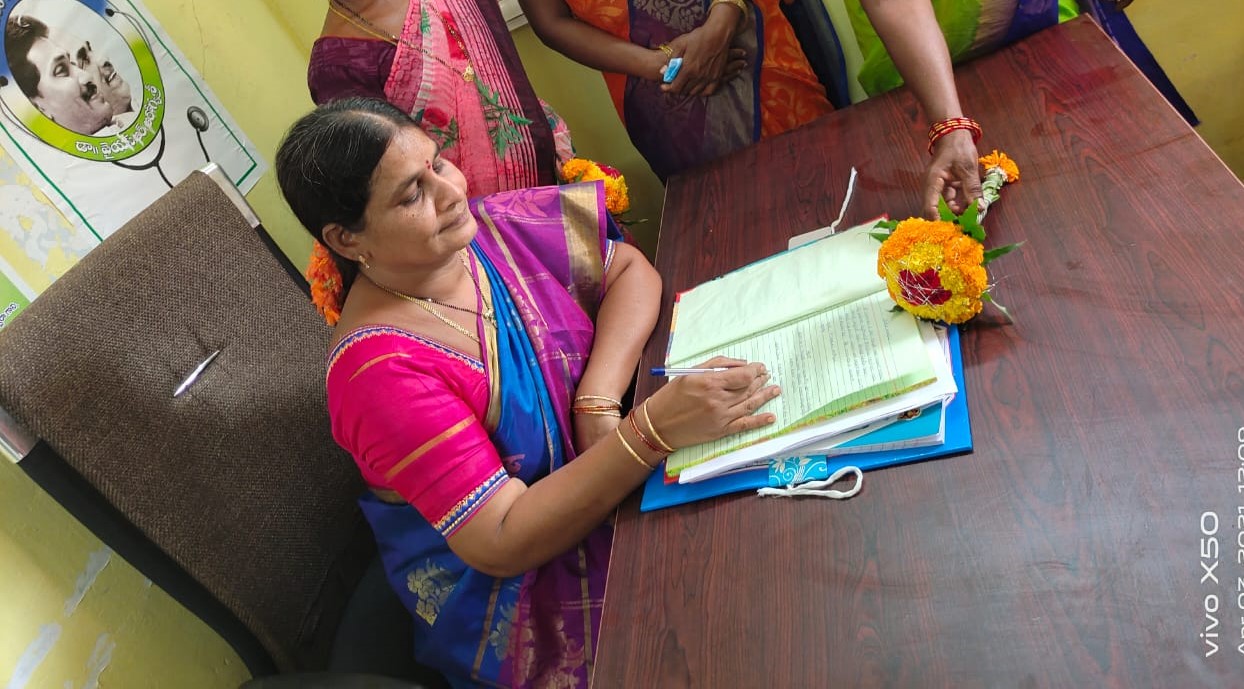 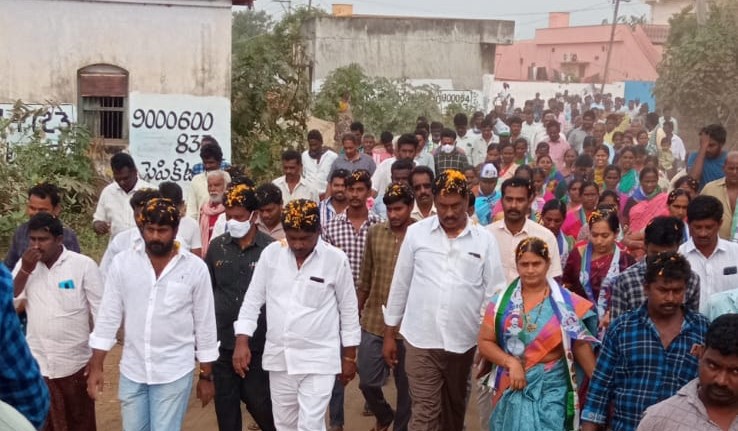 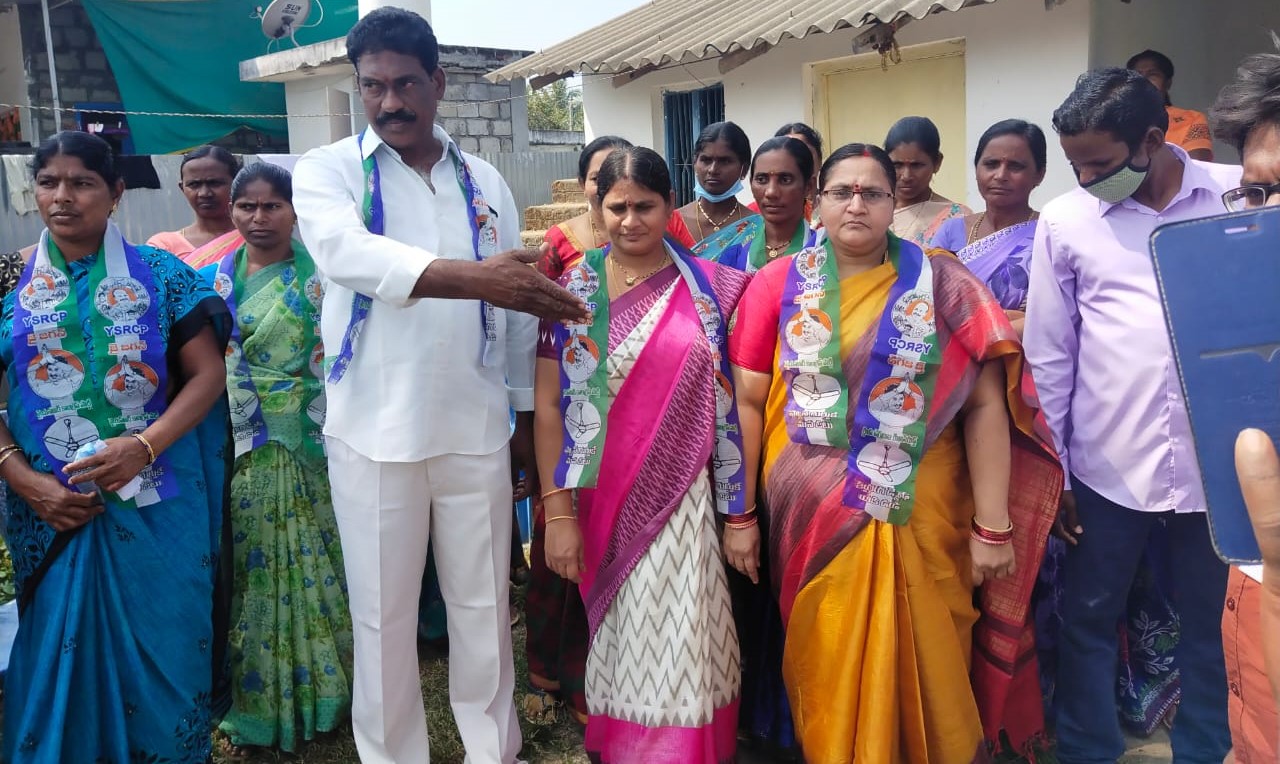 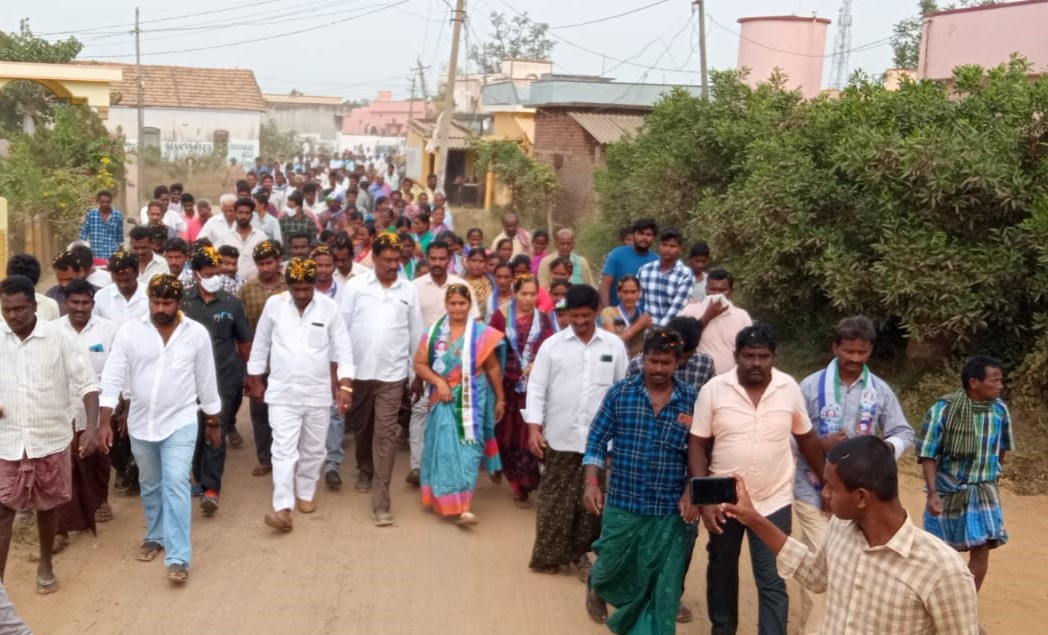 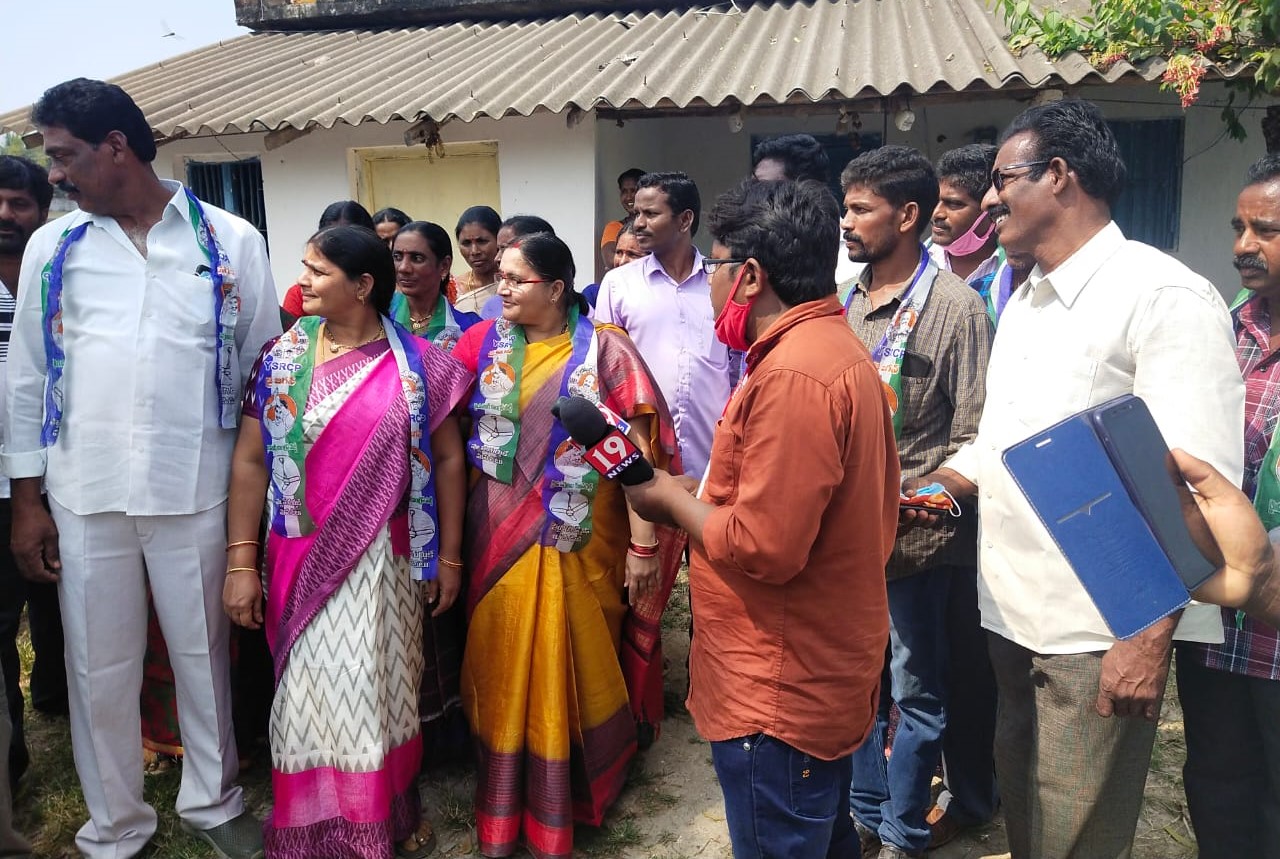 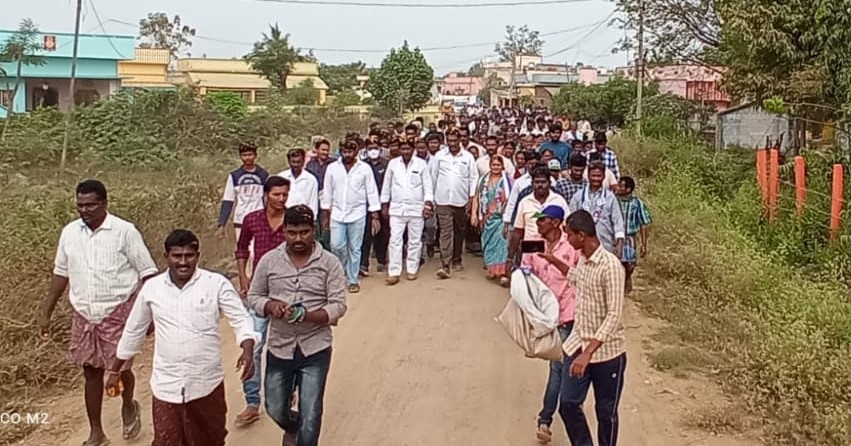 Venkata Lakshmi is With Prominent Leaders 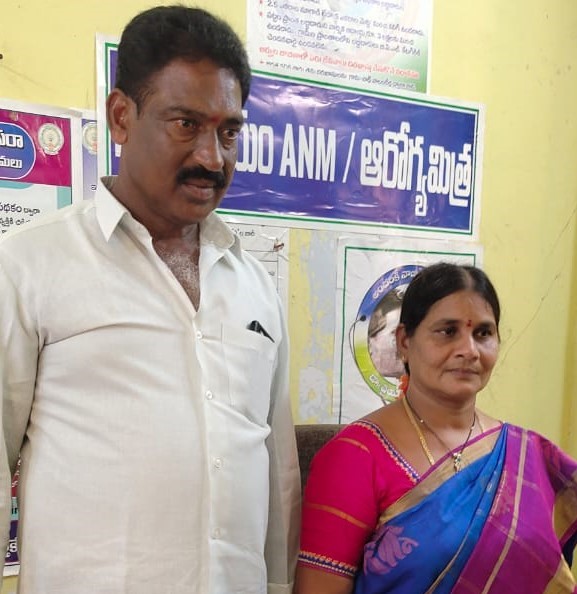 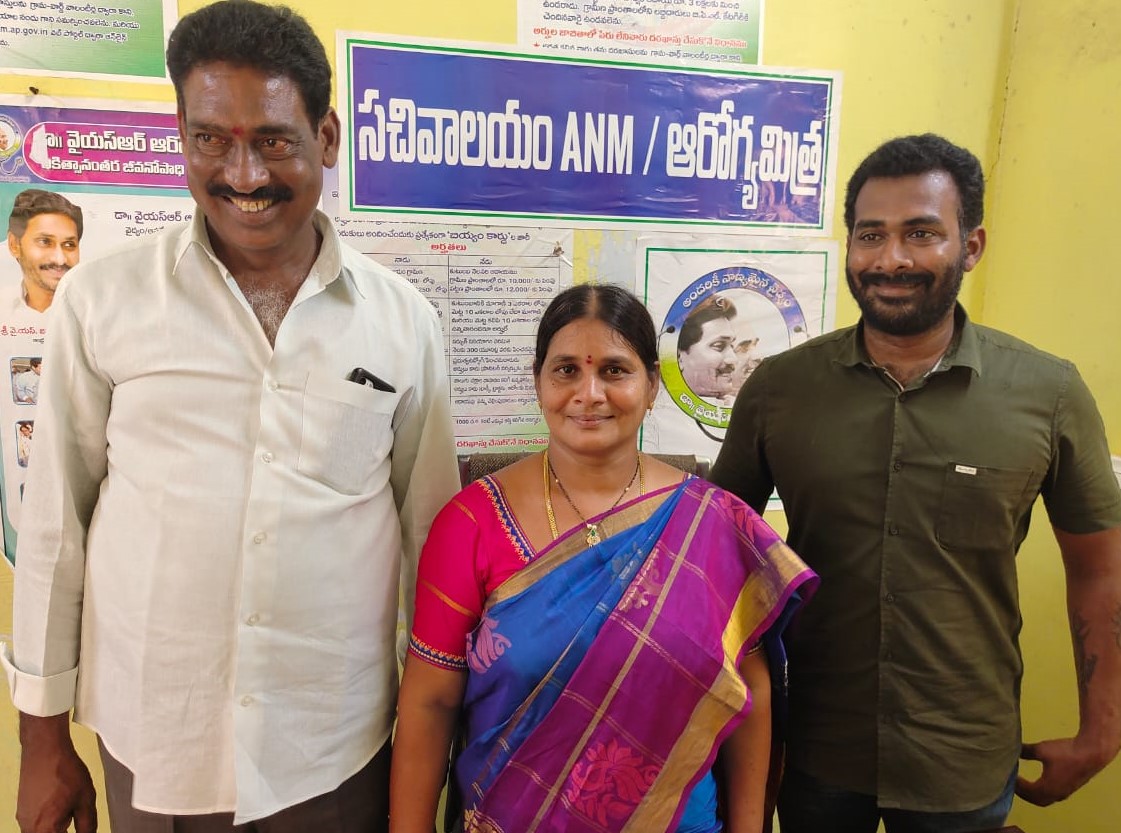 joined in the YSRCP

From YSRCP at Gollapudi, Krishna