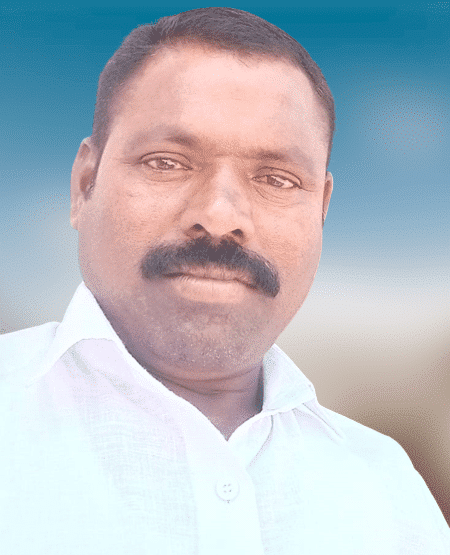 Mohan was born on the 02nd of October 1972, in Lingareddypally village of Siddipet District from the Indian state of Telangana to the couple Mr. Pothula Hanumanthu and Mrs. Pothula Babavva.

In the year 1990, Mohan acquired his Secondary Board of Education from ZP High School located at Chinna Kodur in Siddipet, and in 1992, he completed his intermediate course from Government Junior College at Siddipet, Telangana.

In the year 2006, Mohan began his early professional career after getting his qualification with strong objectives and commitments, having started his own Tent House business and continuing his occupational work by fulfilling his family responsibilities.

He is a firm believer that education is the only means of eradicating social evils and elevating society, and that it is the only way of reaching out to deserving students from the most impoverished segments of society and providing them with opportunities to not only complete their education but also transform into confident individuals.

Before the accomplishment of his studies, In the year 1991, Mohan joined the Students’ Federation of India (SFI) and was appointed as the SFI Division Student Organizer from Siddipet with great zeal and the desire to serve the Students.

He ramped up his service and effort by accepting the position of Malamahanadu Siddipet District Vice President in 2019 to provide care for the people and the difficulties they face, and he worked in that capacity.

He won the people’s respect by upholding the promises, duties, and powers bestowed upon him. As a consequence, he was appointed as the Lingareddypally Village President, in Lingareddypally, Telangana.

During his role in Malamahanadu, he was actively an active participant in Telangana Movement, Mohan played an active role in the separation of Telangana from Andhra Pradesh and to form the Telangana as a separate State and he lent great support to the Telangana Statehood Movement by providing intellectual support.
During Telangana, Movement Mohan played an active role and fought for the creation of a new state, Telangana, from the pre-existing state of Andhra Pradesh in India.
He set up a Vanta Varpu during the period of Rasta Roko and in programs of Sakala Jamula Samme, and many more dharnas and rallies were held in continuous movement.
As a part of the fight for the state of Telangana, Mohan has organized Padayatra and fought for Telangana State along with ABVP members.