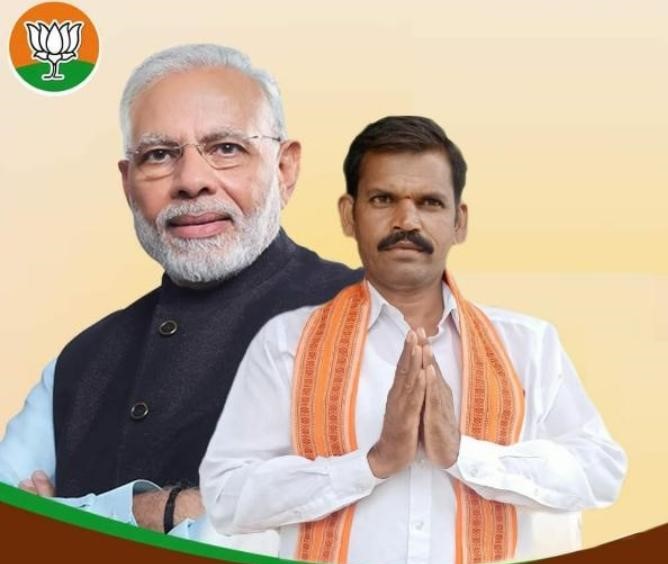 In 1995, Srinivas completed his schooling at Asrama high school located at Jatarla. He earned an undergraduate from GJC college, Boath in 1997. In 2001, Srinivas graduated with a Degree from Giriraj degree college.

Basically, he hails from an Agricultural family.

With great ambition and determination of serving people, Srinivas entered into politics with the Indian National Congress(INC) party. In 2019, He was elected as MPTC from Dehgaon village. As an MPTC, Srinivas has been providing all kinds of services to the people and within a few days, he has earned the trust of the people.

Shortly after winning the MPTC, Srinivas was appointed as Vice-MPP from Bazarhatnoor Mandal, Adilabad district currently serving in the position. Srinivas switches over from the Congress party and joined the Bharatiya Janata Party(BJP) in 2020. After joining the party, within a few days the party recognized Srinivas’s hard work and perseverance and appointed him as the BJP’s Spokesperson. Srinivas also dutifully fulfilled his responsibilities while respecting their faith.

He took charge as SMC(School Management Committee) Chairman and worked for 4 years.

As a party activist, Srinivas gained a reputation among the people. He has been promoted to the designation Mandal Official Spokesperson from the BJP.

-Set up tents to provide seating for those who came to the hospital for the covid test.

-Distributes Rice, Vegetables to the Masks, Sanitizers to the Covid victims, and the village people.

with a Degree from Giriraj degree college.