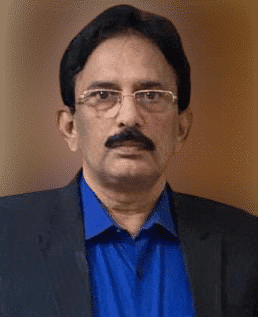 He was born on December 12, 1959, in the place of Ibrahimpatnam, to a couple named Hanumantha Rao and Sindhuja.

In 1975, He acquired his Secondary Board of Education at ZP High School located at Korutla and Studied Intermediate from Govt Junior College, Nizamabad in the year 1979.

Later in 1985, He Obtained a Bachelor’s degree at External University, Hyderabad, and completed a master’s with a specialization in Sociology from Osmania University.

Followed his Bachelor of Legislative Law (LLB) at Osmania University.

while he was in the sixth standard, joined the Rashtriya Swayamsevak Sangh (RSS), an Indian right-wing Hindu nationalist group that is usually recognized as the parent organization of the country’s governing party, the BJP.

He has been a Party Activist from the day he joined the party, dedicating his complete day to the expansion of the party by attending every scheduled meeting.

Venkateshwar was brought up with a positive mindset and Creation of Moral responsibility, Hardworking by imposing the ethical values of Social, Spiritual, and Economic life among the people working for National integration by securing their bread and butter.

He began his professional career in 1996 to develop himself as an independent by working as an Advocate, a professional in the field of law.

Over the years, the Pippara family has given generously to those in need, and some members of the family are active in politics. Hanumantha Rao is the father of Venkateshwar Rao, who served as a State Executive Board Member.

Sindhuja, in addition to her spouse, has stepped up into politics and taken part in a variety of volunteer activities in order to support Hanumanth’s humanitarian work.

They have performed a wide range of development activities for the growth of the village and the welfare of people.

He is an active member of the Telangana movement, which seeks to separate Telangana from Andhra Pradesh, and he has provided significant intellectual support to the Telangana Statehood Movement.

In 1975, Venkateshwar was a participant in India’s emergency era, which lasted 18 months from 1975 to 1977 and had seen Prime Minister Indira Gandhi announce a state of emergency throughout the nation.

Venkateshwar Rao was arrested, along with other BJP members, during the movement.