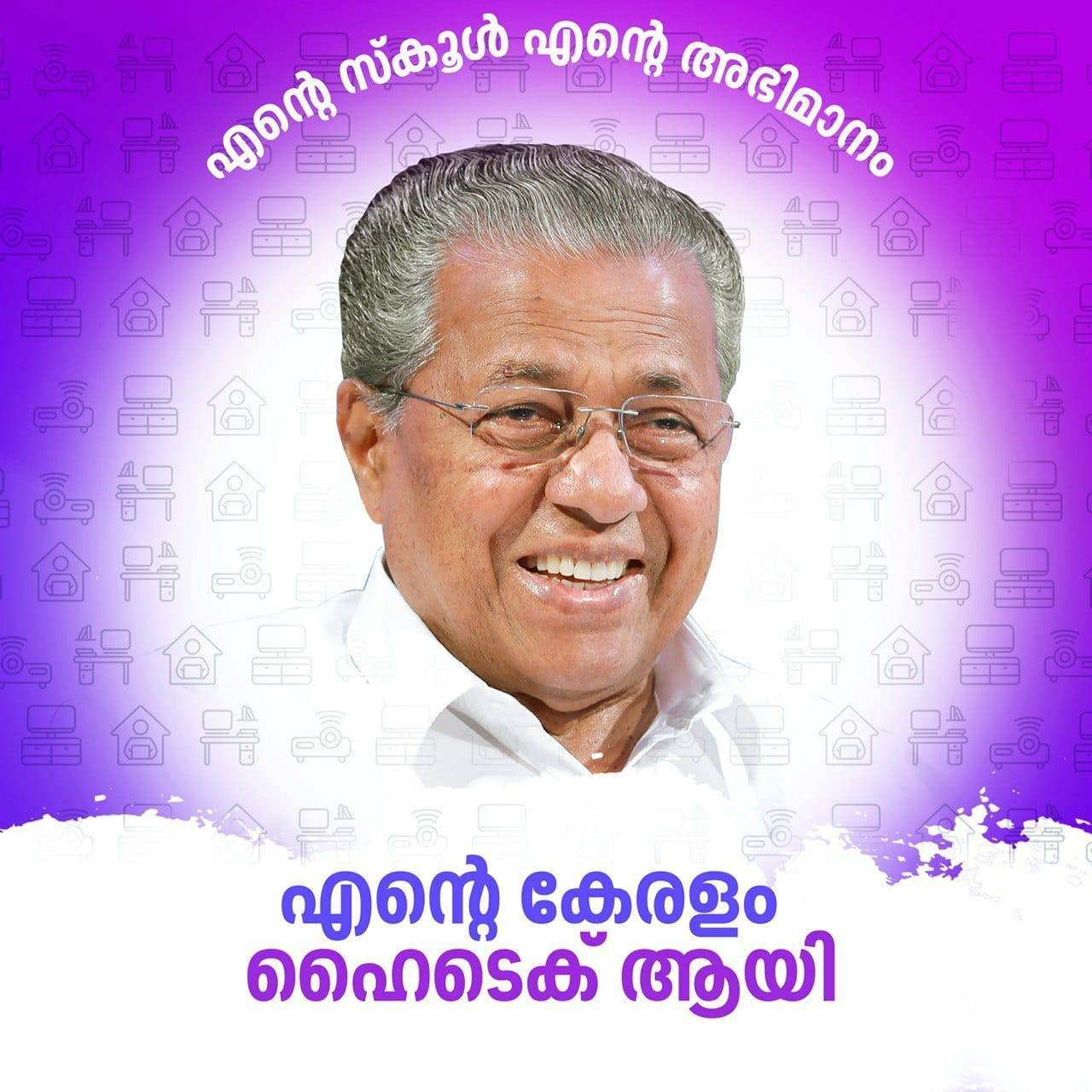 Chief Minister, Member of the Politburo of the Communist Party of India (Marxist), CPI(M), Kannur, Kerala.

Pinarayi Vijayan is the current Chief Minister of Kerala and a Member of the Politburo of the Communist Party of India (Marxist). He was born on 21-03-1944 to Maroli Koran & Kalyani in a poor family in the Kannur district.

He entered active politics through student unions, before formally joining the Communist Party of India (Marxist) in 1964. He held various important positions in the party, including being a Member of the District Committee and District Secretariat.

He then moved on to the Kerala State Youth Federation (KSYF), which later became the Democratic Youth Federation of India (DYFI). He became the President of the state committee. During that period, when communists in Kerala were organizing the political activities from different hide-outs, Pinarayi Vijayan was imprisoned for one and a half years.

Later he was elected as the President of the Kerala State cooperative bank. During the emergency, he was arrested and tortured by the police. He became the Kannur District Secretary of the CPI(M) when M.V. Raghavan left the party over the ‘alternative document’ row. Within three years, he became a Member of the State Secretariat.

In 1968, He was elected to the Kannur District Committee of CPI(M). In 1970, He won his first Kerala Assembly elections from the Koothuparamba constituency as an MLA of CPI(M), defeating Thayath Raghavan of the PSP. In 1972, He became a Member of the Kannur District Secretariat for CPI(M).

In 1977, He won the elections from Koothuparamba for the second time as an MLA, defeating Abdulkadar of the RSP. 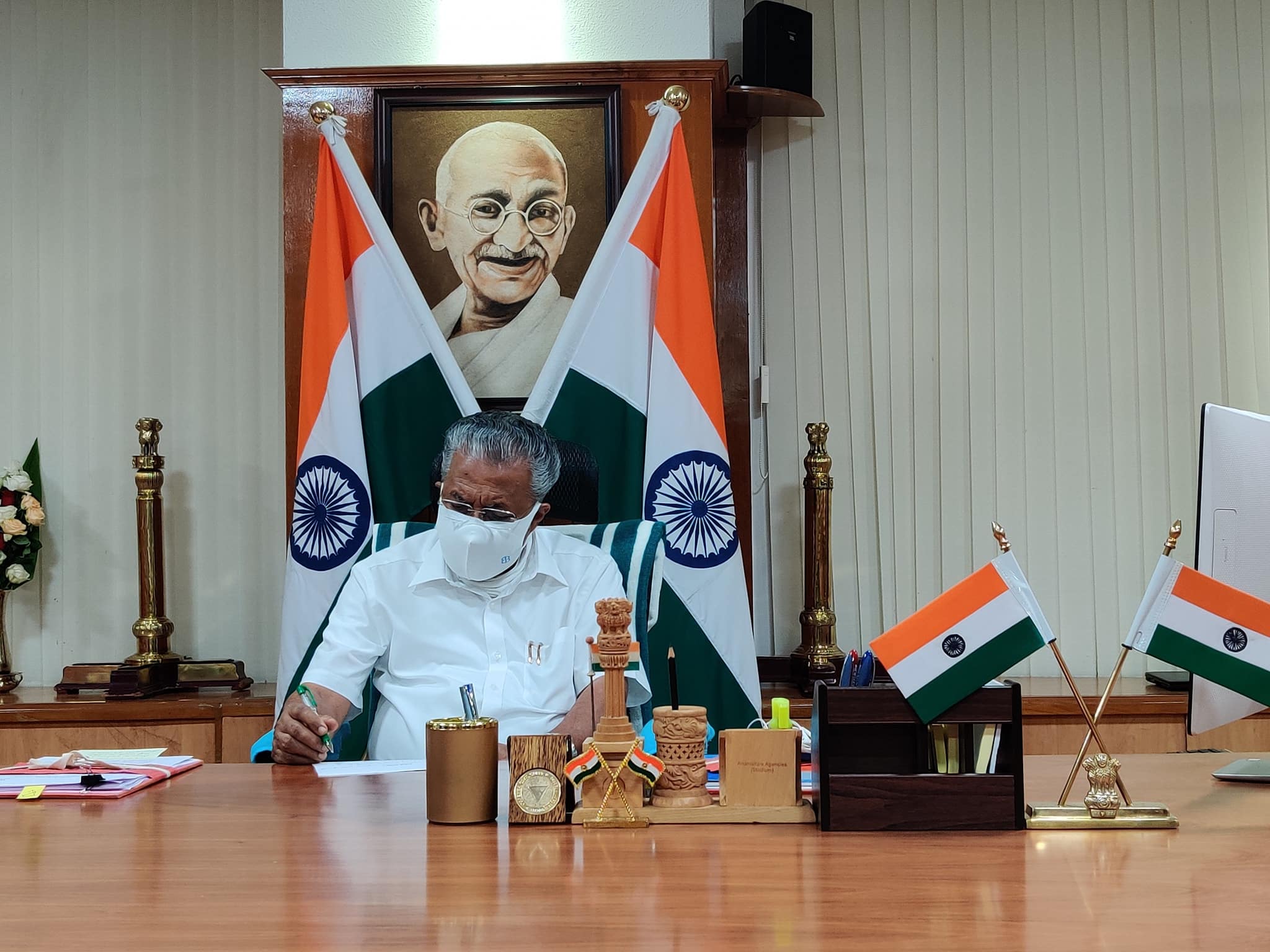 CM Vijayan Sir went to the office of the Secretariat as the Chief Minister and took charge. 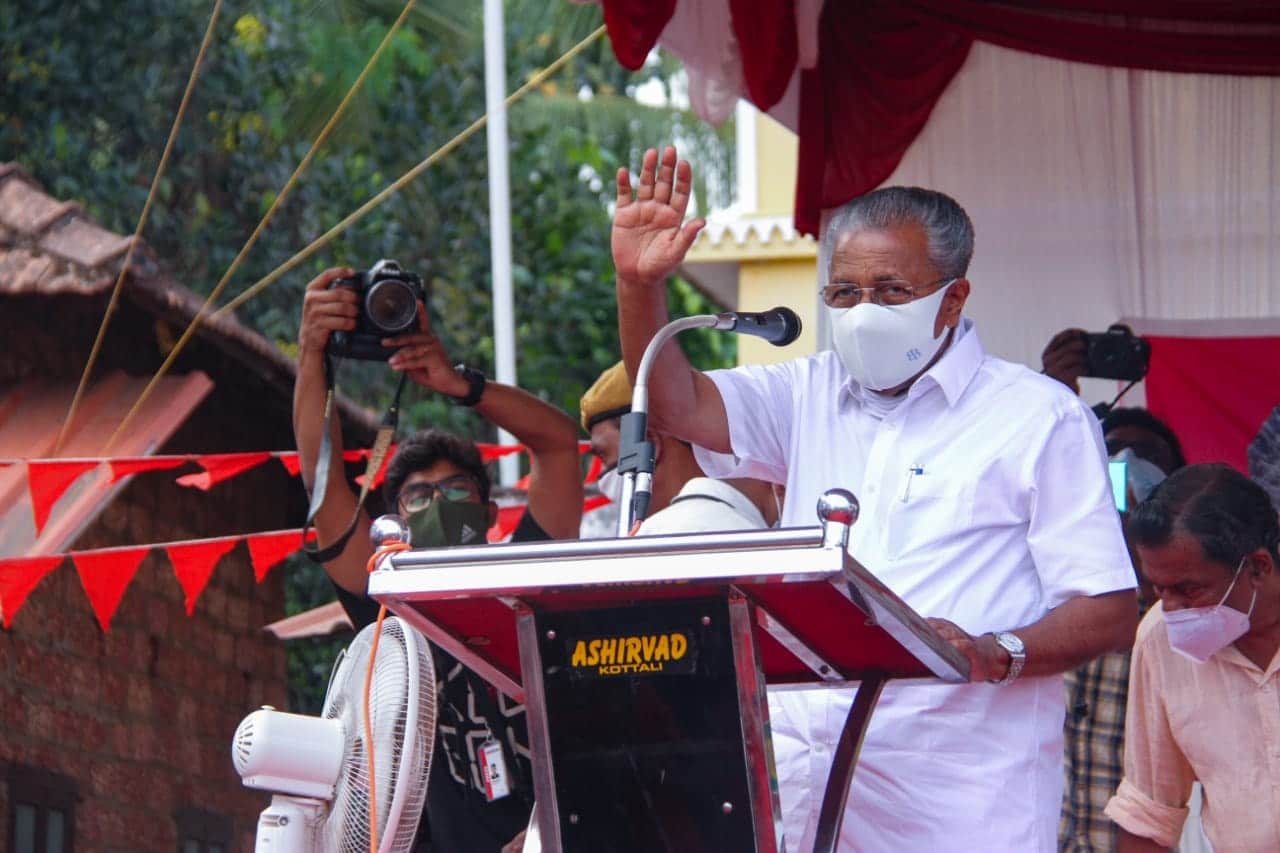 Kerala CM Vijayan has attended a meeting with people 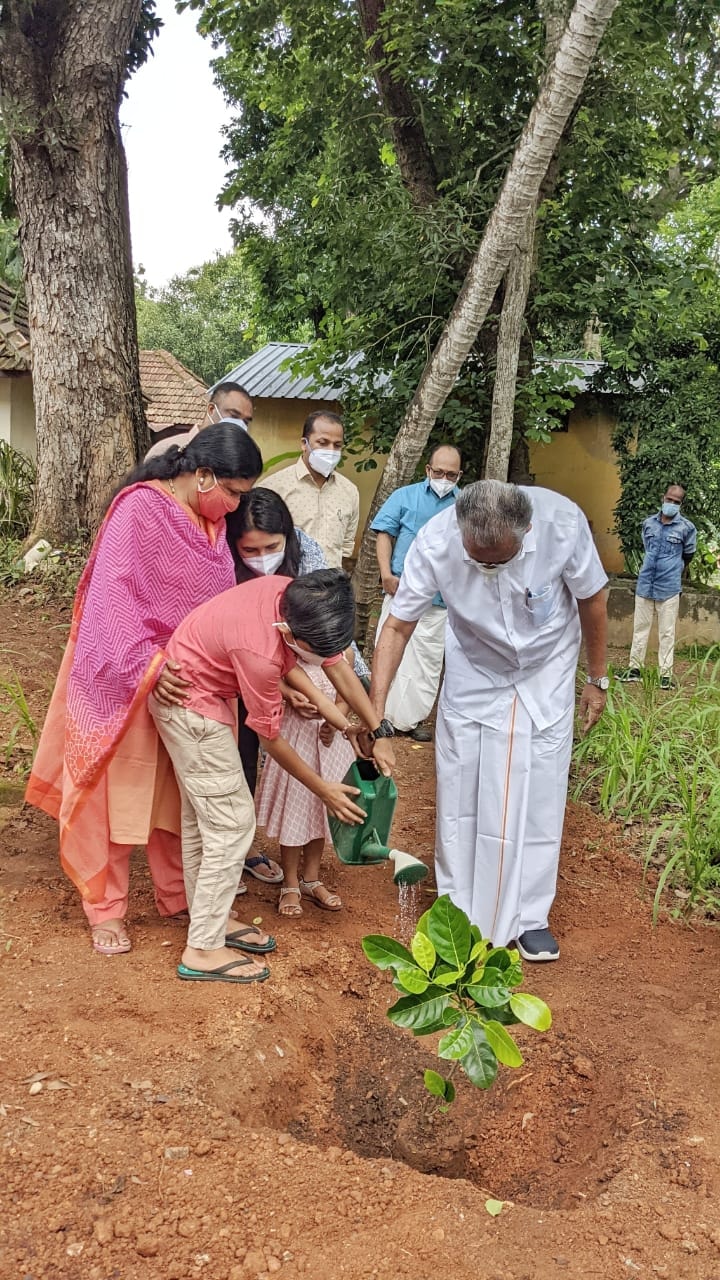 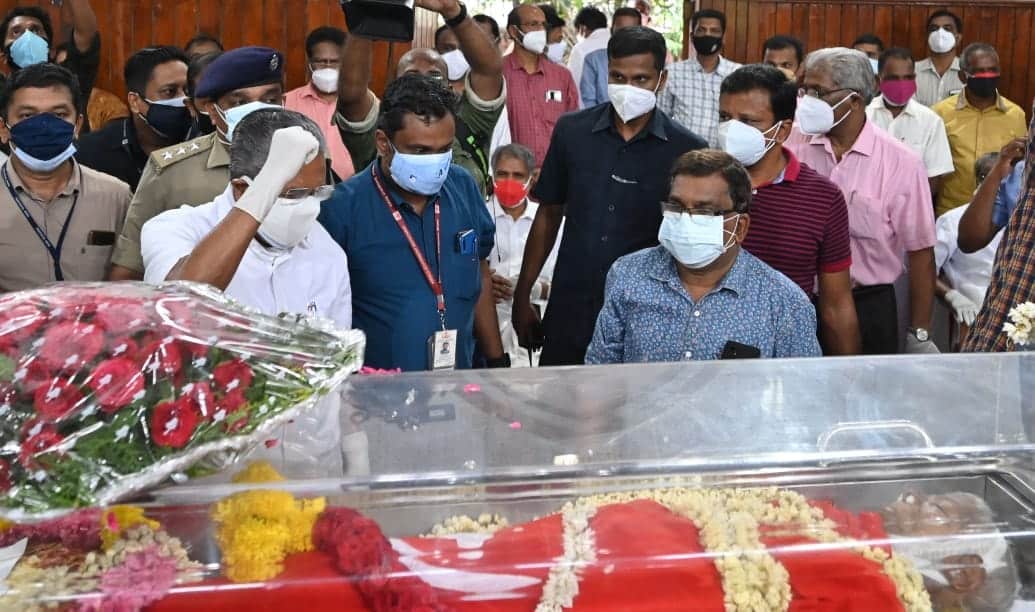 Kerala CM Vijayan and others paid last respects to Gowriamma. 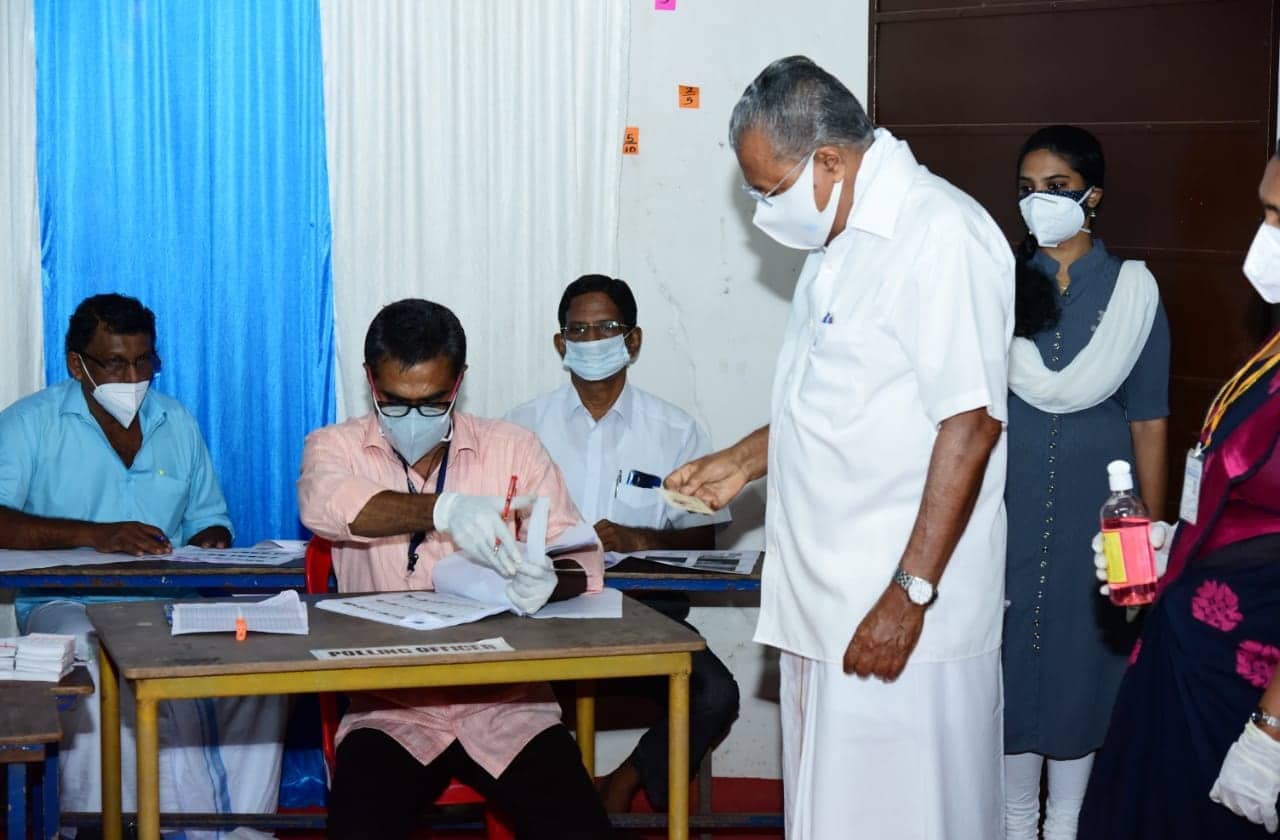 Exercising the right to vote is one of the most important duties of a citizen in a democracy. Pinarayi came to RC Amala Basic School and fulfilled that responsibility. This is an election that is going to have a place in the history of Kerala. The people have already decided that Kerala will be led by the Left. Democracy will rule here. Secularism will dawn. We will continue to move forward on the path of progress. Today, Kerala will strengthen it by registering to vote for the Left. 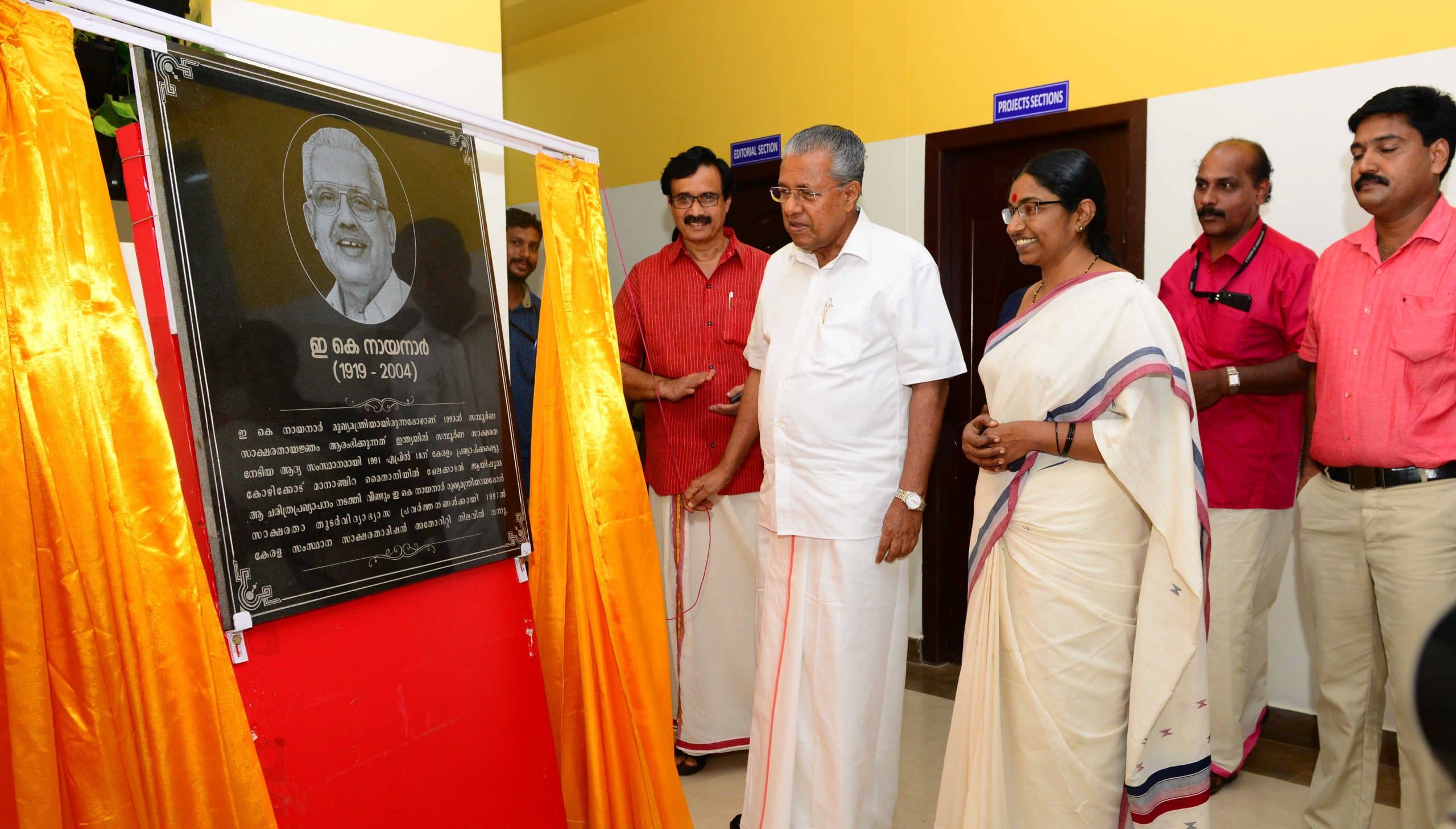 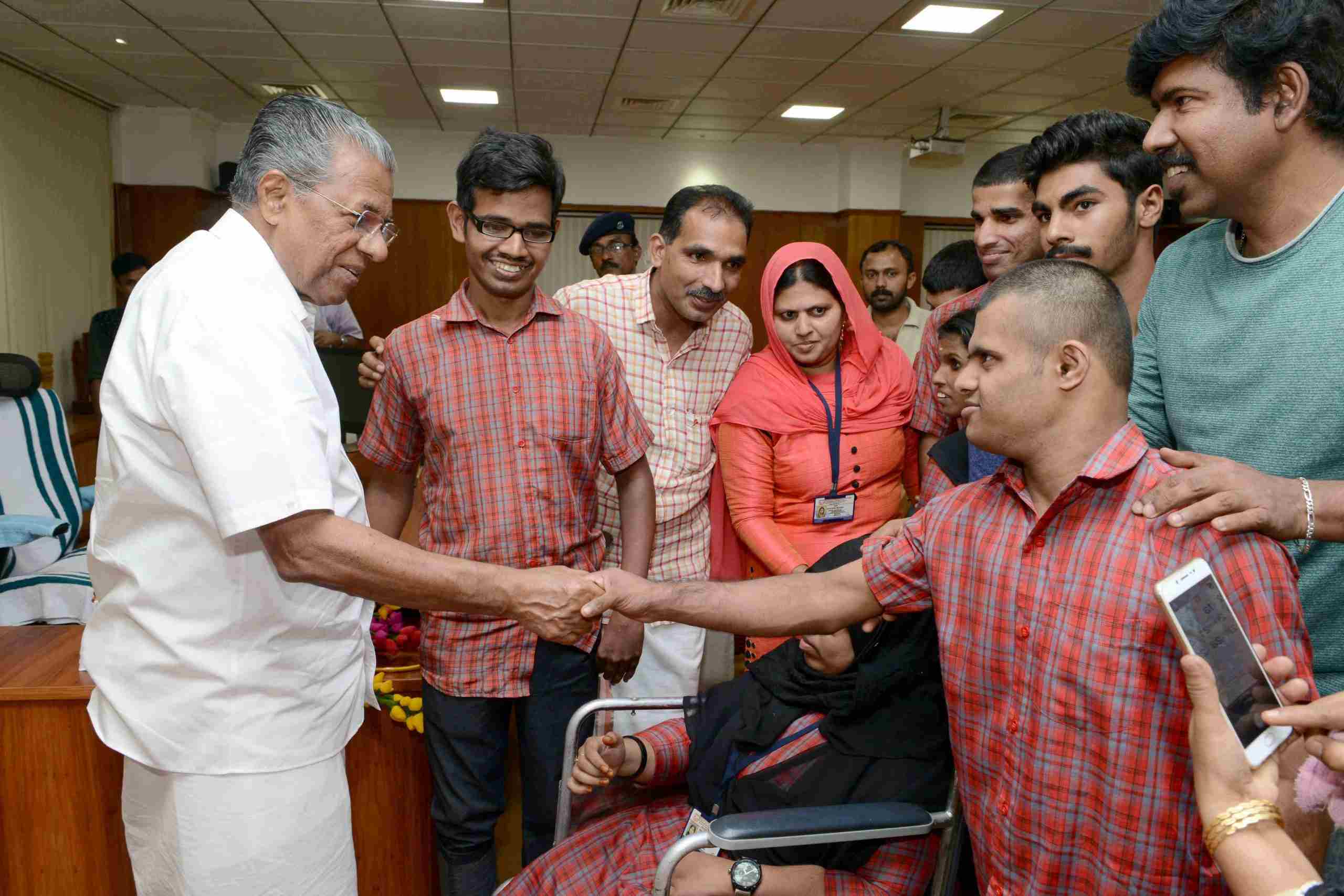 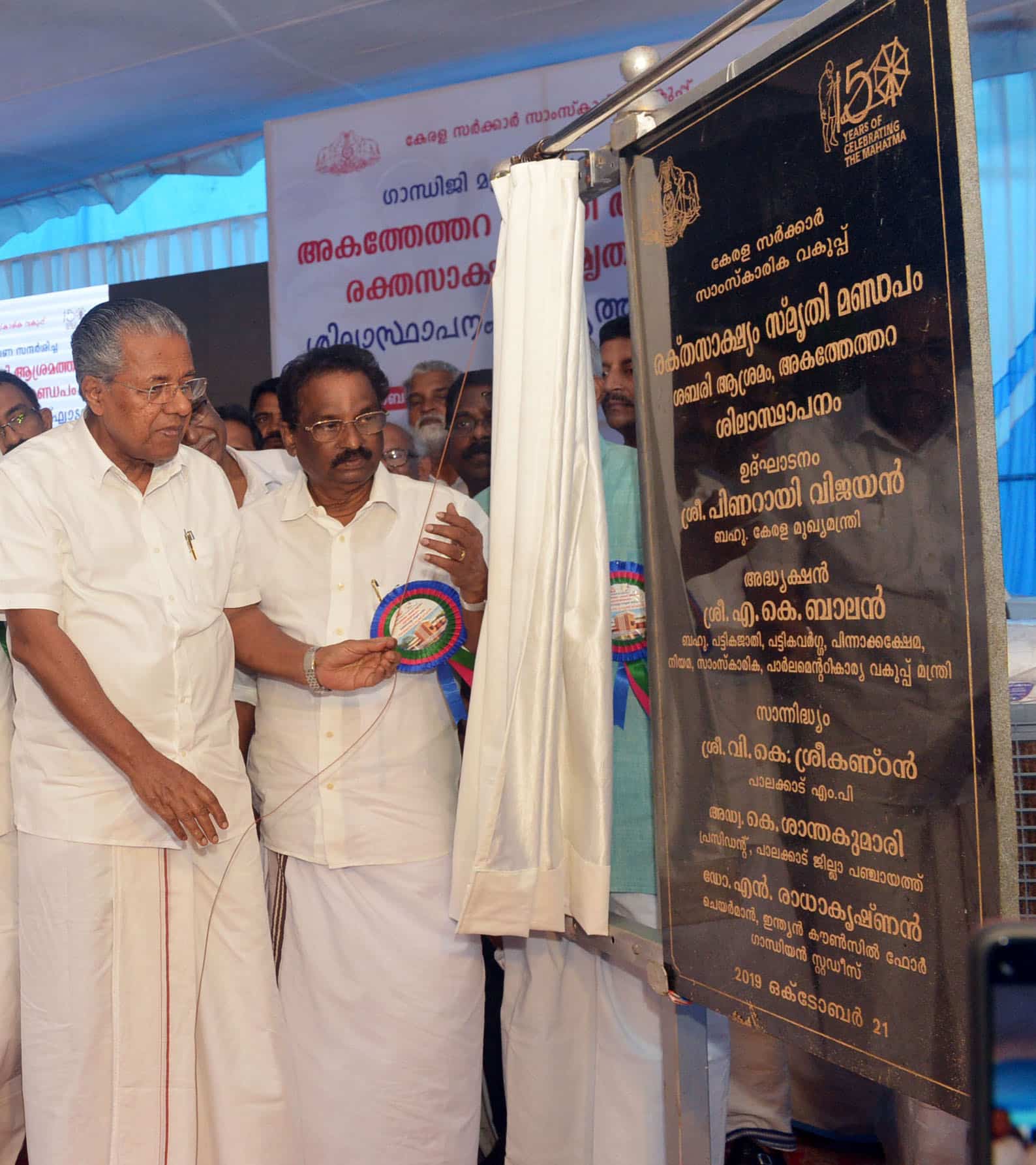 Pinarayi Vijayan laid the foundational stone for the 70th Martyrdom of Gandhiji. 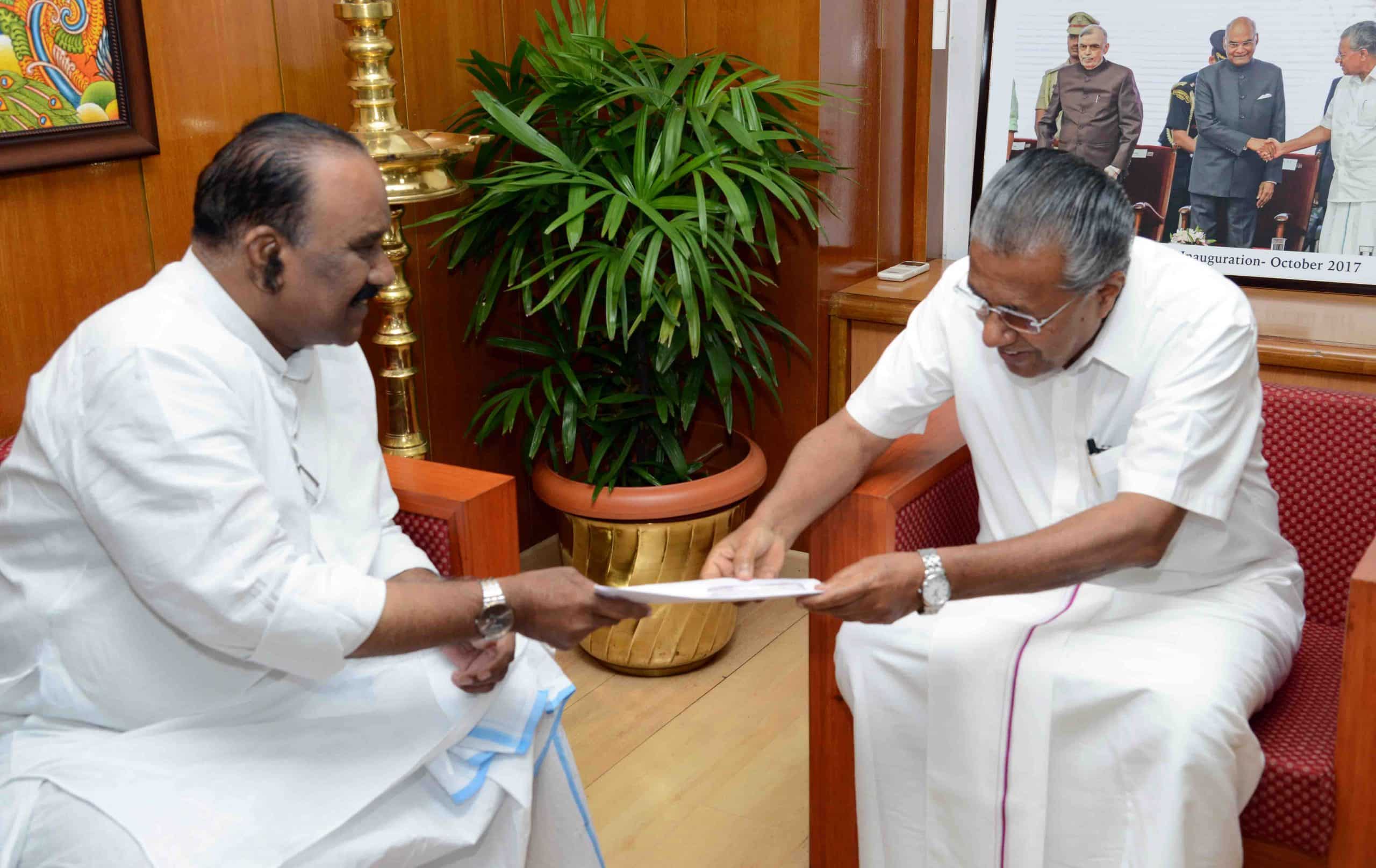 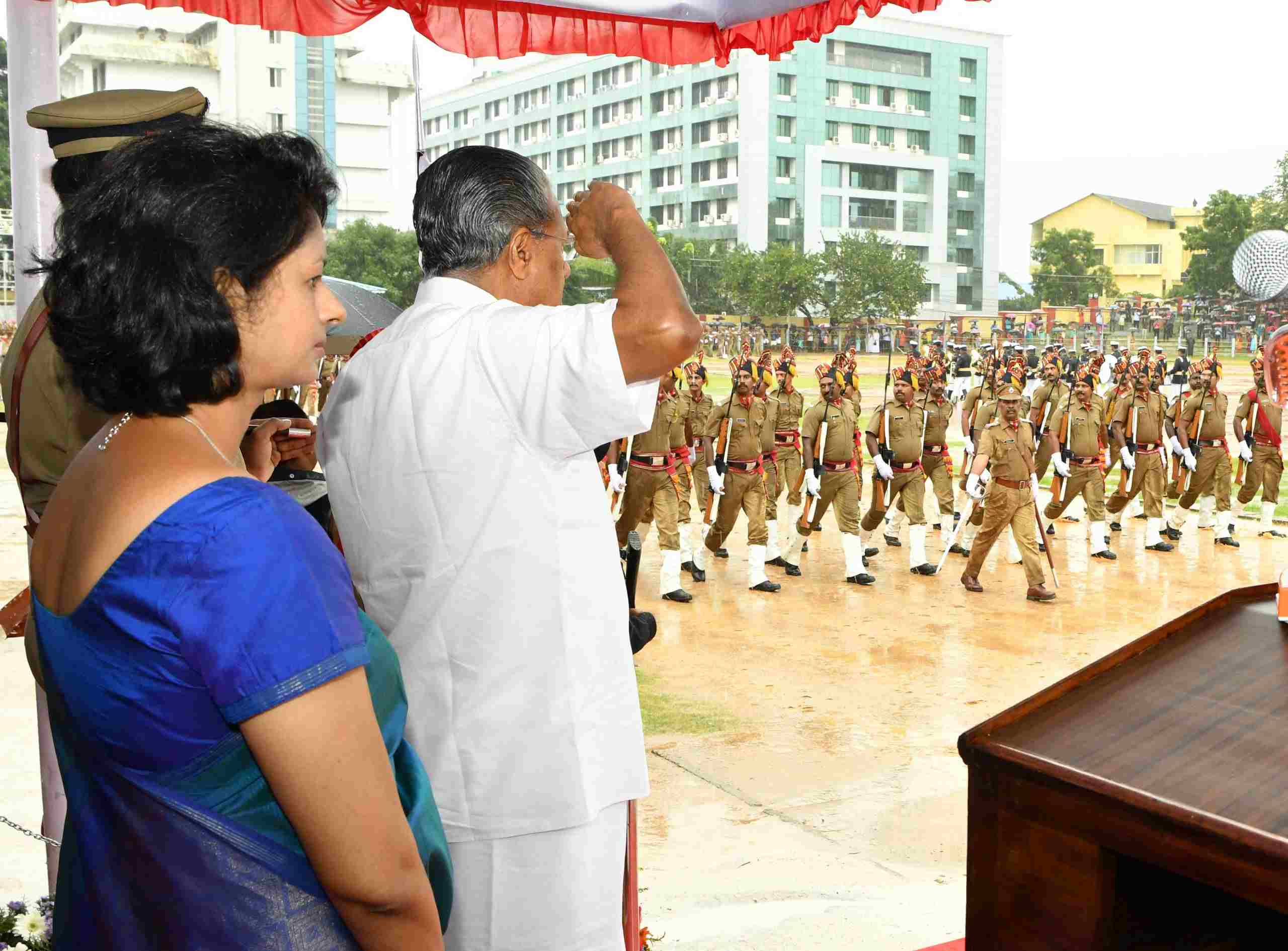 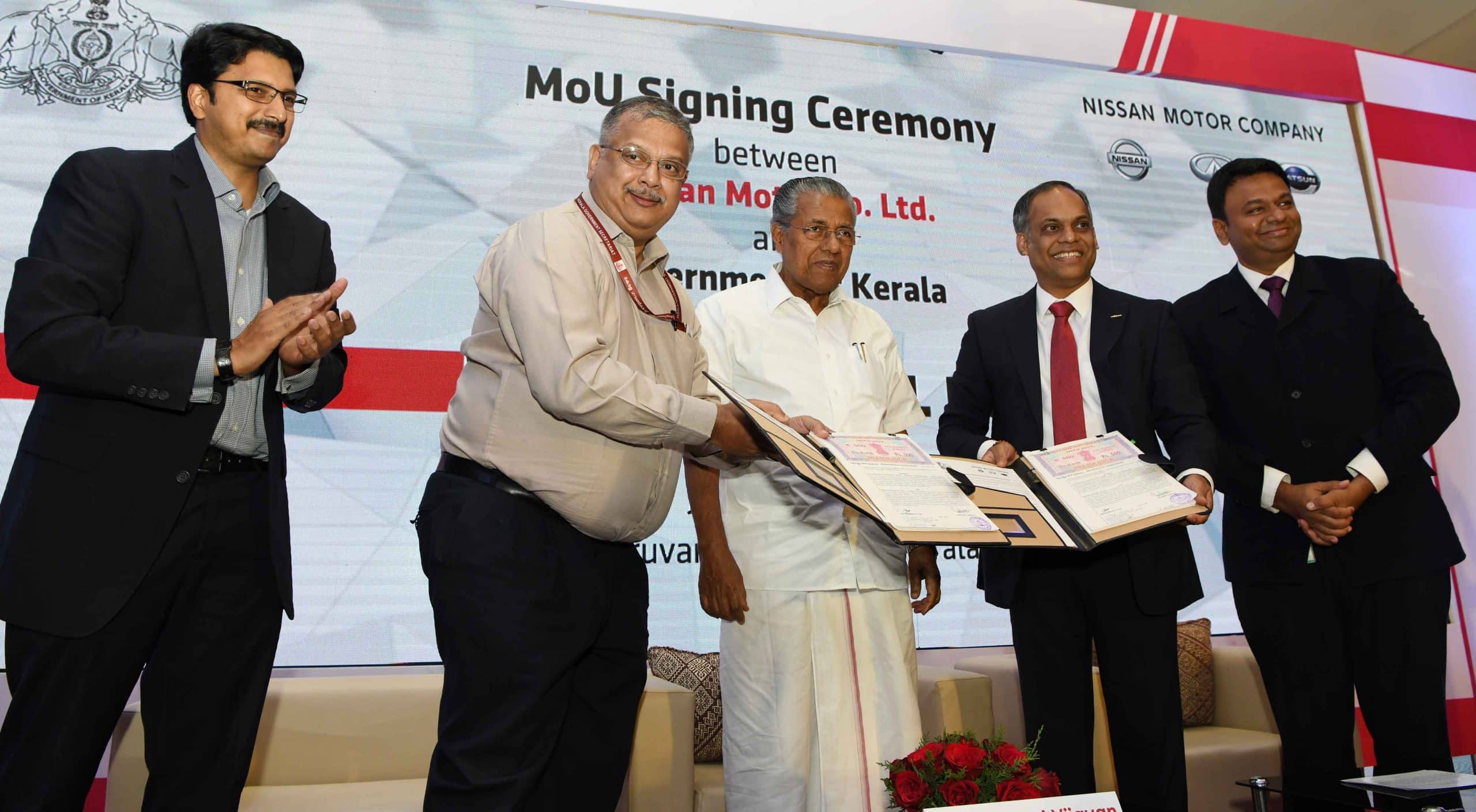 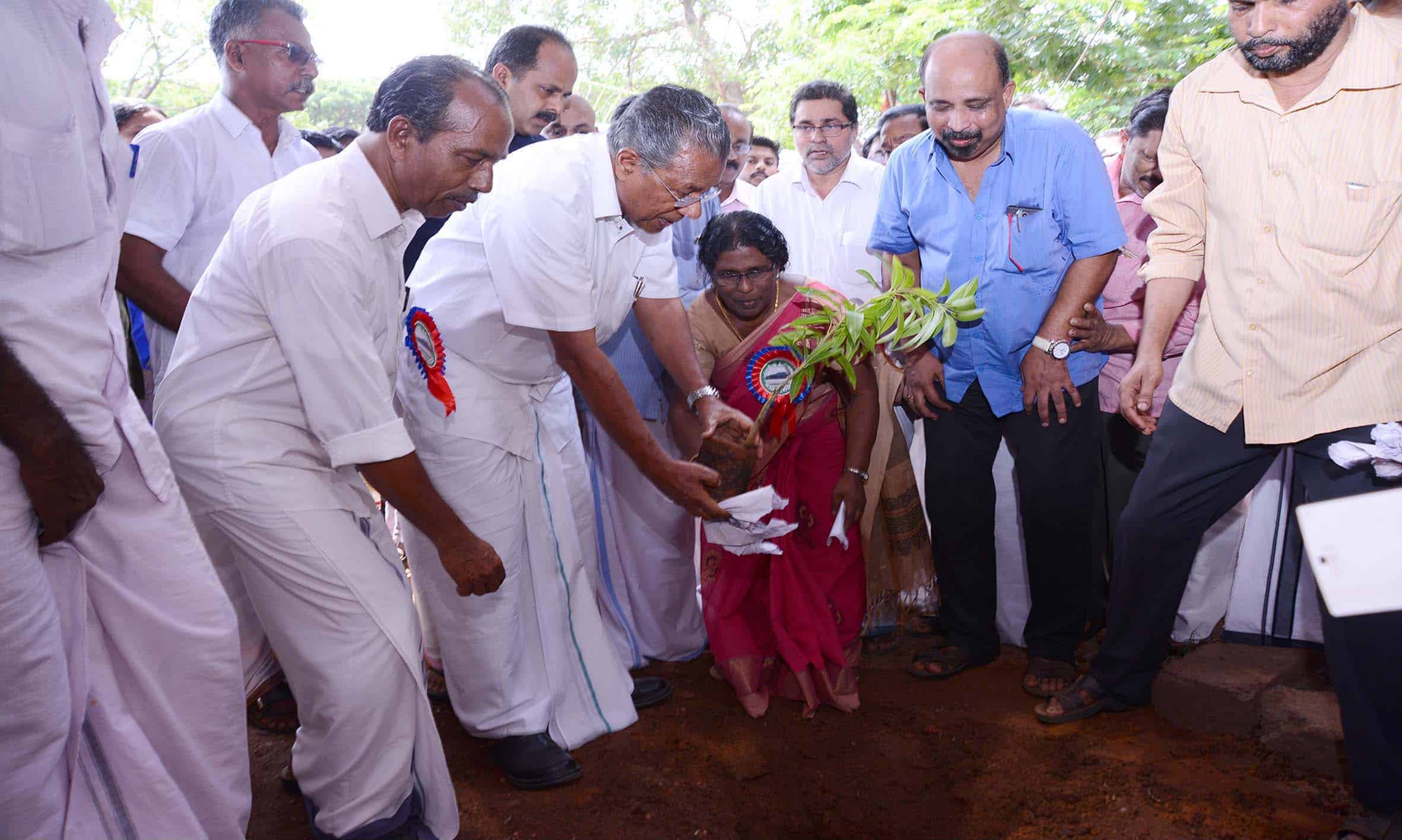 Joined in the CPI(M)

of the Kerala State co-operative bank

of Kerala Assembly elections from the Koothuparamba constituency from CPI (M).

of the Kannur District Secretariat for CPI(M).

Kerala Assembly elections from the Koothuparamba constituency of CPI(M)

of the CPI(M)  in Kannur

of CPI(M) from the Koothuparamba constituency

Minister of Electricity and Co-operatives

of  Payyannur from the CPI(M).

of the CPI(M) for Kerala

of the Communist Party of India (Marxist) Kerala State Committee.

of the Politburo the CPI(M).

Assembly elections from the Dharmadom

of Kerala for the second time

Shri. @Mohanlal, Thank you for your good wishes. https://t.co/OLYKKg0Dh8

Attended a video conferencing session with the Hon'ble @PMOIndia Shri. @narendramodi and the Chief Ministers of other Indian States. We had a comprehensive discussion on the #COVID19 situation. India will stand together in this battle against the pandemic. pic.twitter.com/i4bihKksTx

A 26-member medical team has set off for Kasaragod. They will help establish a special COVID hospital in the district. 7 Crores has been allocated in the first phase. The hospital will have isolation wards with 200 beds and 20 intensive care units. pic.twitter.com/M6qfyFVhQb

🩺 Screening process has commenced at the borders of the State.

🚦Screenings are being done at railway stations, bus stations & checkposts.

Please cooperate with the officials. pic.twitter.com/Mb4rXCezXC

Deeply saddened to learn of the passing away of Sachy. In his passing, the Malayalam film fraternity has lost a master talent. Many of you will know him as the director of the recent film "ayyappanum koshiyum".

A welcome initiative. We hope that many more will emulate @anandmahindra in adopting such eco-friendly and farmer-friendly methods. https://t.co/f5s7fGjU77

EMS was the pioneer.
Modern Kerala is a product of his imagination. He was the first to articulate this entity that we call our home. He drafted the political framework of our struggles. It's the remembrance day of Comrade EMS Namboodiripad.
Tributes. pic.twitter.com/QgjmVTW5hw

In light of the shortage, directions were given to engage the prisons in the State in manufacturing masks. It has commenced on a war footing basis. Today, the Prison officials of Thiruvananthapuram Jail have handed over the first batch. pic.twitter.com/QKgHWqYNOg

Kerala's quest to become a State with no homeless people has crossed a major milestone. Since we took office, more than 2 lakh houses have been completed.#LIFE #ProgressForAll pic.twitter.com/82P1g2j8l1

Lalithamma is a cashew worker from Kollam. The other day, she stopped some officers on patrol. She had one demand, that she wants to contribute to CMDRF. Through them, she gave ₹5101 for #COVID19 efforts.

Thank you Lalithamma. We will prevail because we have people like you. pic.twitter.com/tmMje2T94X