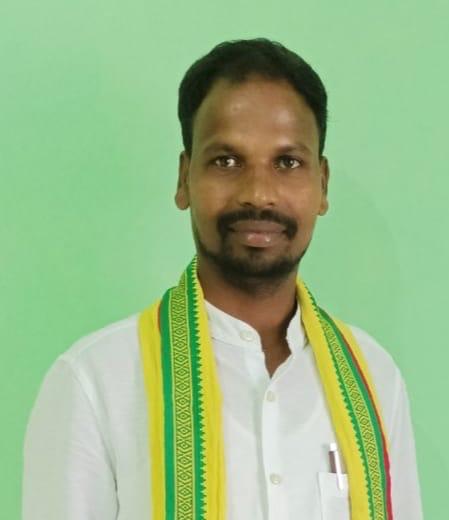 Pattiboini Shankar Naidu is an Indian Politician and Assembly Youth President of Araku Valley from the Political Party TDP.

On the 1st of May 1987, Pattiboini Shankar Naidu was born to the couple Mr.Malam Naidu and Mrs.Chinalamma and resided at Bakuru in Alluri Sitarama Raju District in the Indian State of Andhra Pradesh.

In the year 2003, Shankar Naidu obtained his Secondary Board of Education from Calt School placed at Paderu completed and his Undergradute course from Government Junior College located at Paderu in 2005.

He attained his Graduation of Degree from Government Degree College situated at Paderu, Telangana in 1990 and acquired his post Graduation from Andhra Univercity, Vishakapatanam in 2010.

On continuation of his education, Shankar Naidu was drawn into Politics in 2009, through the Telugu Desam Party (TDP) which was founded by N.T. Rama Rao and headed by N. Chandrababu Naidu the former Chief Minister of Andhra Pradesh. With unprecedented confidence in him, the party instantaneously handed over the position of Assembly Yuvatha President of Araku Valley to him from the TDP.

Kanaka Rao was desperately carrying out the duties assigned to him until 2010, without ignoring the party’s trust in him.

In the year 2019, His dedication to work and his involvement in every activity earned him the honorary status of Assembly Youth President of Araku Valley to expand his services and to carry out his duties under his authority and to abide by his responsibilities.