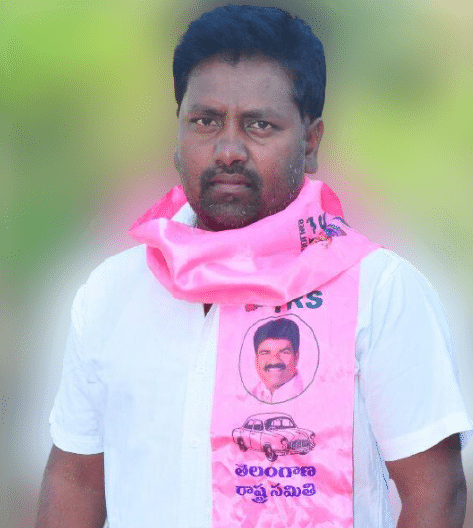 Pasula Babu is currently monitoring the designation of Village President from TRS at Peddalingapur resided at Rajanna Sircilla Dist.

He was born on 18-May-1984 to Pasula Balaiah & Devavva and raised up in Peddalingapur Village. He studied Secondary Board of Education from ZP High School at Peddalingapur in 2000. He completed his higher education at Siddipet from Government Junior College in 2002.

Babu attained Graduation from SRM Degree College in 2005 at Karimnagar. He extended his studies by pursuing MCA in 2011 from Moghal College of Engineering and Technology positioned in Hyderabad.

As his passion is to be self-employed and self-dependent Soon after accomplishment of his higher studies he independently wants to serve and take responsibilities. In that aspect, Pasula Babu began his political career by entering into the political Party Telangana Rashtra Samithi (TRS) founded by Kalvakuntla Chandrashekhar Rao who is an Indian politician serving as the first and current Chief Minister of Telangana. He worked as an Active Member from TRS.

For his prestige and hard work towards the work, the party upgraded his position in 2015 by appointing him to serve as Village President at Peddalingapur from TRS Political Party. Since then he has been monitoring the respective designation with gratitude by solving the issues.

The life of people can’t be decided by seeing his visions and dreams, but can be decided when actively moving forward with gratitude to help the orphans. No other happiness is equal to the happiness in serving the needy.

from ZP High School at Peddalingapur

from govt. Junior College at SiddiSiddipet

from Moghal College of Engineering and Technology in Hyderabad.