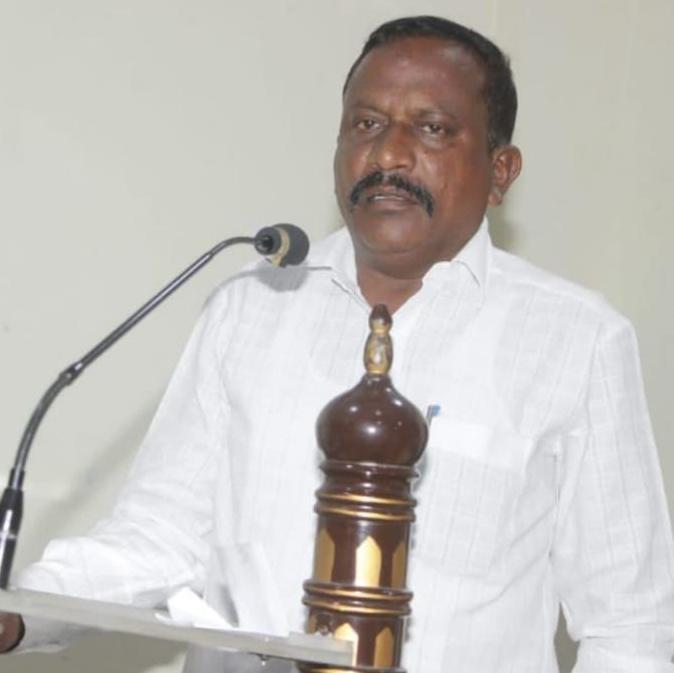 Paspula Venkanna is the Indian politician and current State Secretary of Telangana from the Bahujana Communist Party.

He has completed his Seventh Standard from ZPHS in Ponkal village.

Beginning at a young age, he had a passion for working in the public service. Venkanna has been accustomed to service since childhood.

Venkanna started his political journey in 1989 with the CPIML Party and was an Active Member.

He is genuinely enthusiastic about the Party and takes active participation in all of its activities as a Party Activist and performing out his obligations following a code of conduct and for the betterment of the party’s reputation.

He earned the people’s admiration by holding out the commitments, obligations, and powers assigned to him. As a result, he was honored  as a Divisional Community Member of CPIML in the year 1989

His ongoing dedication and true attention gained him the elected position as Farmers Workers Union President of Adilabad District  from 1990 to 2004,

In 2004, Venkanna changed the party and joined the Bahujana Communist Party.

He was appointed as the Bahujana Party State Secretary of Telangana in 2005 for his work humbly towards the prosperity and welfare of the people. He has been offering services to the public by satisfying the prerequisites of everyone who has propositioned him for assistance.

In 2007, Venkanna was selected as a Bahujana Farmers Workers Union President of Adilabad District and at present working as Bahujana Communist Party State Secretary.

Following his receipt of power and executing every action as his obligation for the well being of the people, he maintains his service, thinking about the welfare of the people and dealing with activities for the Society’s growth.

Joined in the CPIML Party

Joined in the Bahujana Communist Party