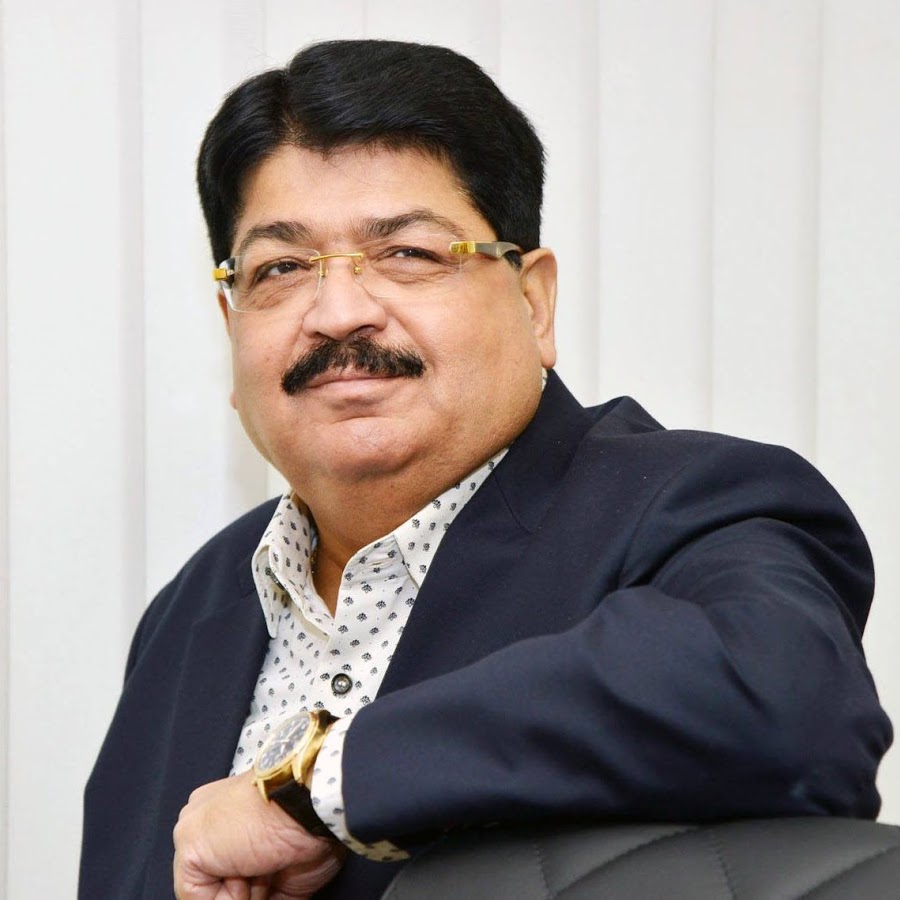 Parimal Nathwani is a Member of Parliament, Rajya Sabha for Andhra Pradesh. He was born on 01-02-1956 to Dhirajlal Nathwani & Pushpaben in Bombay, Mumbai. In 1975, He studied his SSC Standard from Srimati Gokalibai P.P. High School. In 2006, He has completed his Doctorate in Management from the National Institute of Management Mumbai.

Parimal Dhirajlal Nathwani is an Indian politician and Industrialist. He was an entrepreneur and a trader until the mid-1990s. In 1997, He joined Reliance Group. As of 2016, he was the Group President of Corporate Affairs at Reliance Industries Ltd., a part headed by Mukesh Ambani. Nathwani closely worked with Dhirubhai Ambani and now has been working with RIL CMD Mukesh Ambani. He is a Key Member of the core leadership at RIL. Nathwani helped Dhirubhai Ambani in realizing his dream. He played a pivotal role in land acquisition and setting up the biggest grassroots crude oil refinery on the western coast near Jamnagar in Gujarat.

Nathwani became the face of Reliance Industries Limited (RIL) in Gujarat and other parts of the country. He spearheaded several of the group’s projects including land acquisition for the Jamnagar refinery and building infrastructure to roll out 4-G broadband in 22 circles of the country.

Parimal Nathwani started his political journey as Independently. In 2008, Nathwani entered the Rajya Sabha as an independent candidate from Jharkhand. In 2014, He got re-elected as Rajya Sabha Member from the tribal-state Jharkhand.

In 2020, He is the Member of Parliament (Rajya Sabha) of YSRCP, Government of Andhra Pradesh.

Joined in the Reliance Groups

of YSRCP, Government of Andhra Pradesh.

Heartfelt birthday wishes to Shashthapithadhishwar Param Pujya Goswami 108 Shri Dwarkeshlalji Maharajshri. You have been a driving force of spirituality and guiding light for all of us in our quest for the righteous path. #Dwarkeshlalji #BirthdayWishes @Dwarkeshlalji pic.twitter.com/LnvWPtMrBE

Remembering former CM of #AndhraPradesh, Dr. Y. S. Rajasekhara Reddy on his #deathanniversary. A great leader, he worked relentlessly for people of #AP, especially the poor & farmers. He is no more with us, but his legacy lives on through his son @ysjagan.@YSRCParty @VSReddy_MP pic.twitter.com/mTxzJ0TelH

#COVID19 induced #lockdown has created a global #education emergency as per @UN report which states that globally 463 million children, including 147mn in South Asia, are deprived of online education due to lack of equipment or electronic access.https://t.co/kpHGVYP3Mg pic.twitter.com/uIVcucYddf

In #Jharkhand, 108 #ambulance service centres receive 40% fake & abusive calls per day. This delays service for those who genuinely need it. Quite disheartening that instead of being responsible, people are abusing this essential service. @HemantSorenJMM https://t.co/JBifZJXsOD pic.twitter.com/VI9ddjs21H

2-year-old Reena can finally cherish her childhood after undergoing free cardiac surgery at the Shri Sathya Sai #hospital. My heart is filled with joy to see such sparkling little lives being saved by the generosity of @TheSathyaSai. I wish her a long and healthy #life ahead. pic.twitter.com/La5CUx0cUv

Part of Nava Nandis, Mahanandiswara Swamy Temple is a 1500yrs old #LordShiva. The #Temple is famous for its 3 perennial freshwater pools. The crystal clear #water originates just below the Swayambhu Shiva Linga which is why it is believed to have healing abilities. @Tourism_AP pic.twitter.com/flGGIp7syV

On #DeathAnniversary of Sh #DhirubhaiAmbani, I share my thoughts on how this visionary legend implemented model of #Atmanirbhar #Bharat in all his ventures whether it be in textiles, petrochemicals, refinery, telecom, retail or e-commerce.
Read Article: https://t.co/8t0Jd8w9yh pic.twitter.com/jzrEIughke

On #DoctorsDay a major step in providing better healthcare to all regions of state was taken by @AndhraPradeshCM as he flagged off fleet of 1088 new 104 & 108 healthcare service vehicles. Now, an ambulance can reach any village in #AP in 20mns. @ysjagan @YSRCParty #YSJaganCares pic.twitter.com/O1tV1CGICL

Government schools in #AndhraPradesh underwent a massive facelift in one year under @AndhraPradeshCM Sh @ysjagan's flagship program #NaduNedu. The #Education sector is being given due importance which will make conditions highly favorable for students.https://t.co/yS3L5abee1 pic.twitter.com/qe6iaohJTR

Government schools in #AndhraPradesh underwent a massive facelift in one year under @AndhraPradeshCM Sh @ysjagan's flagship program #NaduNedu. The #Education sector is being given due importance which will make conditions highly favorable for students.https://t.co/yS3L5abee1 pic.twitter.com/qe6iaohJTR

Visited Secretariat of Andhra Pradesh along with @VSReddy_MP & other leaders of @YSRCParty. Interacted with party MLAs and expressed my commitment towards the development in #AndhraPradesh.#RajyaSabhaElections #YSJagan @AndhraPradeshCM @ysjagan @ChevireddyYSRCP @BotchaBSN pic.twitter.com/AAs0qj6wgJ