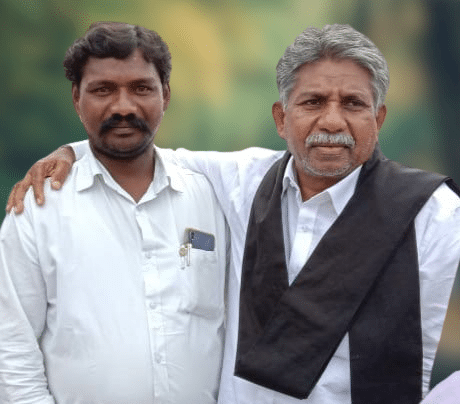 Panditi Ambedkar is an Indian politician from the state of Andhra Pradesh in southern India. He is serving as the MRPS District Spokesperson of Nellore from MRPS.

He was born in Vinjamur, Nellore on 10-December-1996. His Parents were Kondamma & Nagendra.

Ambedkar is drawn into politics in 2011 with great enthusiasm and the goal of serving the people through the Madiga Reservation Porata Samiti (M.R.P.S).

In the sparkle of time, Ambedkar was designated as the MRPS Mandal President of Vinjamur in 2011 by playing a pivotal role in strengthening the unity and struggles of the working-class in the party. He comprehensively worked at the Mandal level and towards the position.

He was in the position of the MRPS Constituency General Secretary of Udaygiri and worked in the position by doing his part for the betterment of the society by carrying out his duties properly and following the rules and regulations in 2013.

His constant attention and pure dedication towards the service made him promoted to the MRPS District Vice President in 2015 to promote the right perspective towards the need for holistic and sustainable development in people by doing his part to alleviate the hardships faced by the Students and people.

Constantly striving for the welfare of the people and expressing his feelings of service, he provided a kind of encouragement with a passion to serve the people by appointed in 2017 as the MRPS District Spokesperson of Nellore and has been served with gratitude and constantly worked hard for the committed position. 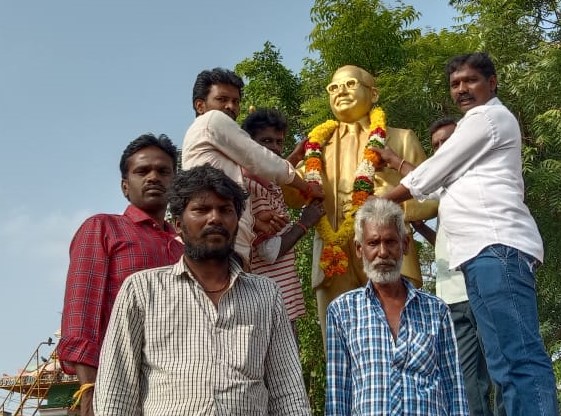 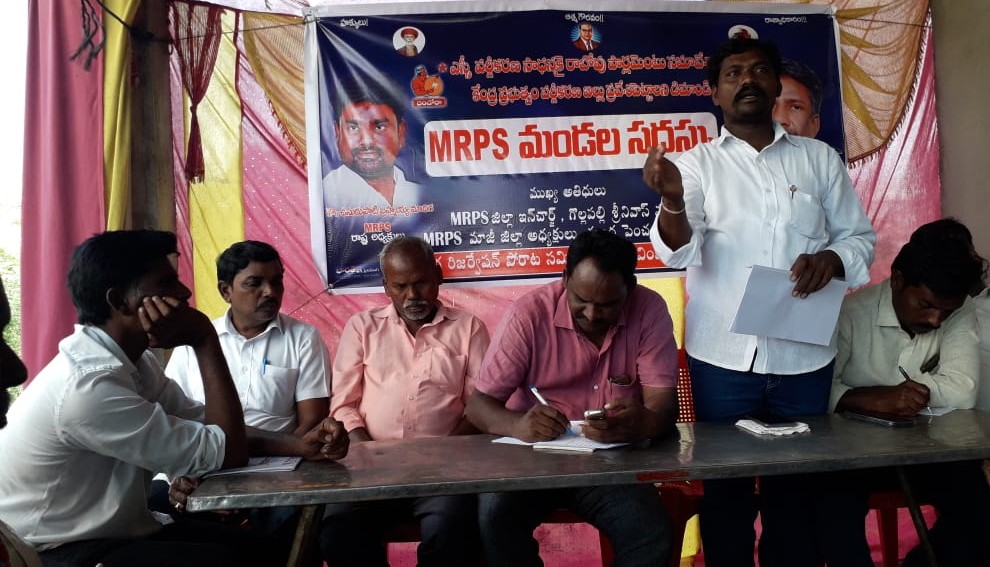 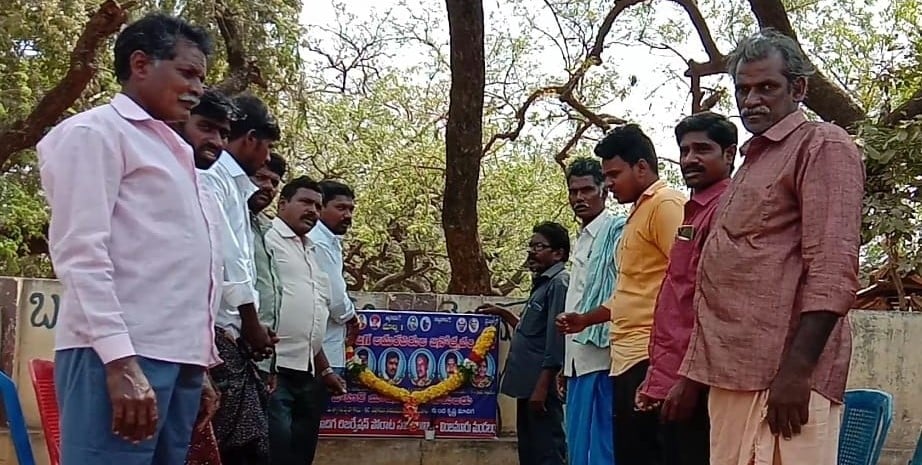 “I am of the opinion that my life belongs to the Madiga community and as long as I live, it is my privilege to do

for it whatever I can. I want to be thoroughly used up when I die, for the harder I work the more I live.” 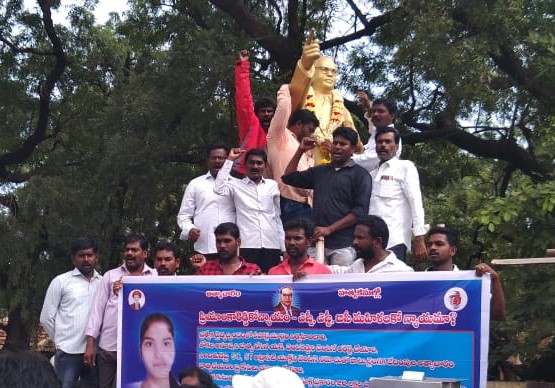 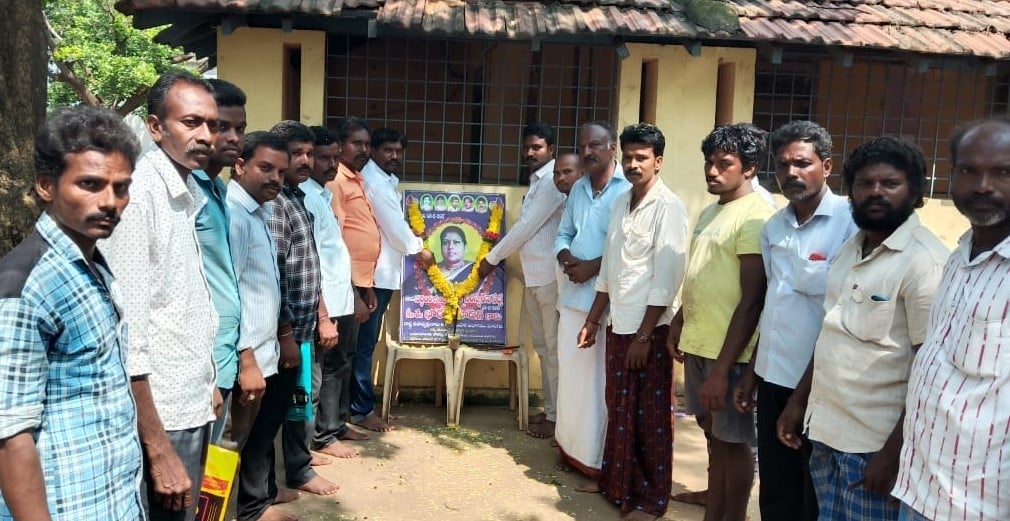 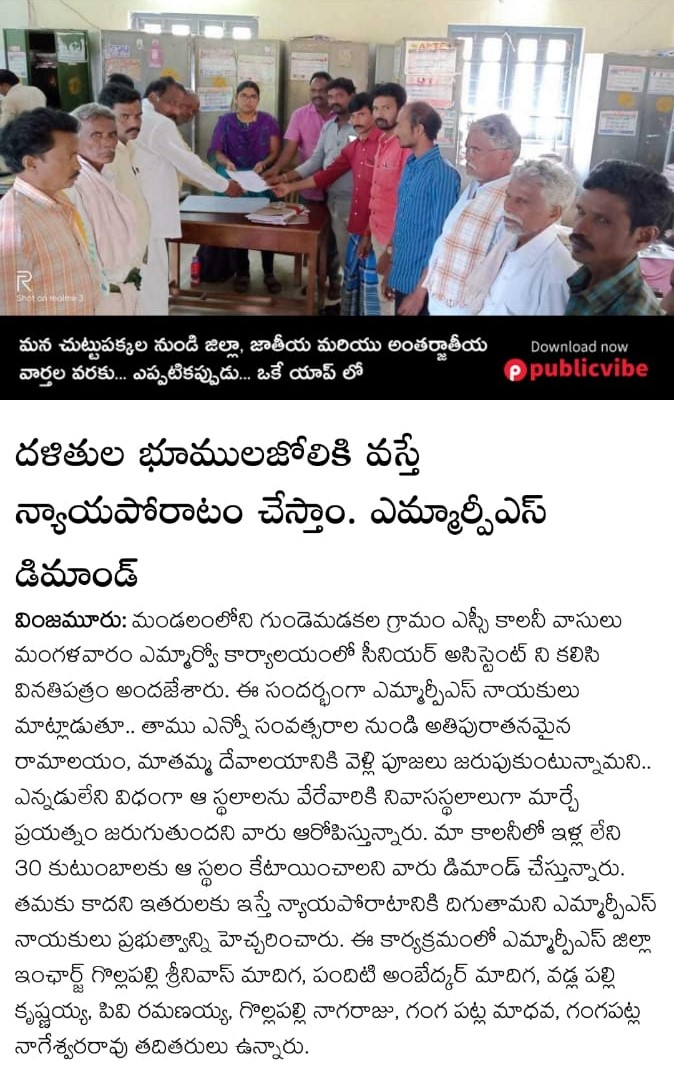 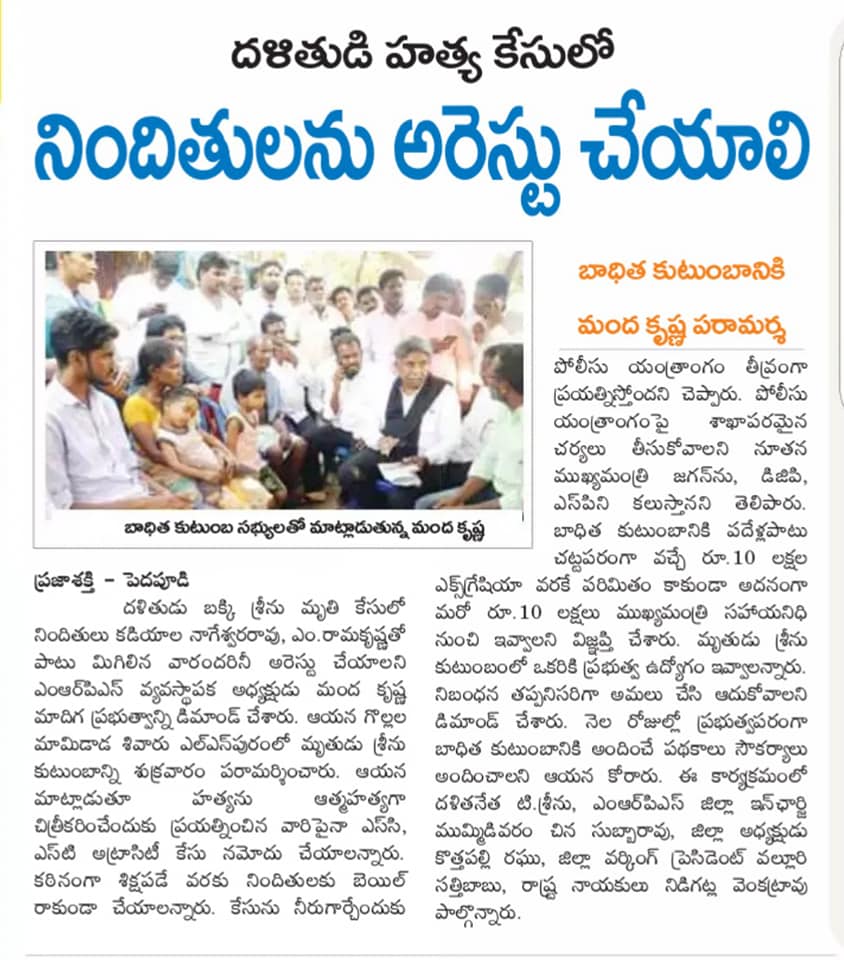 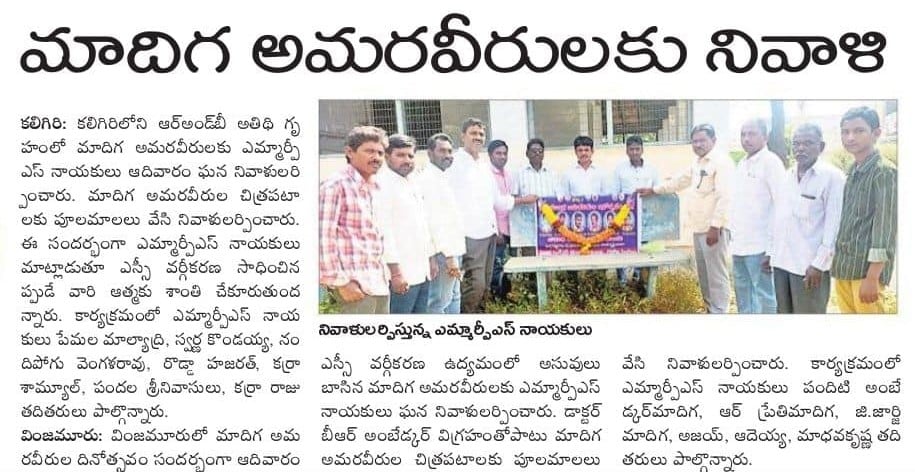 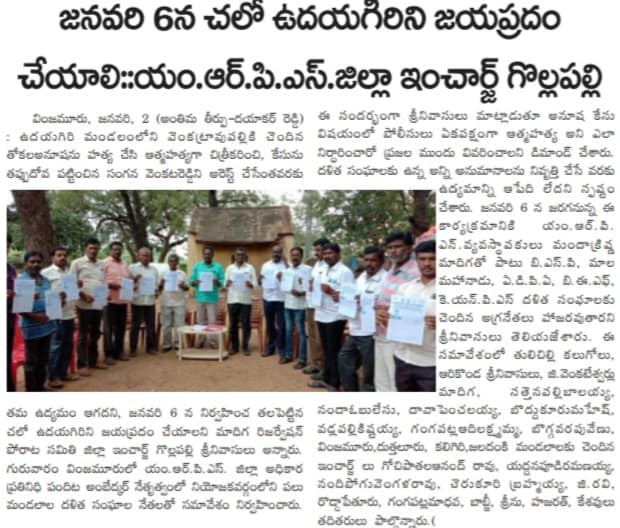 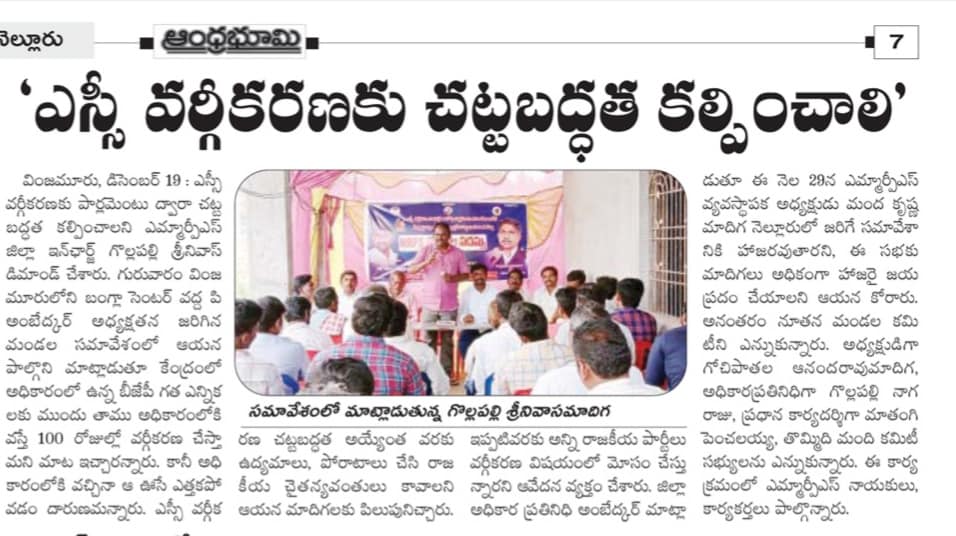 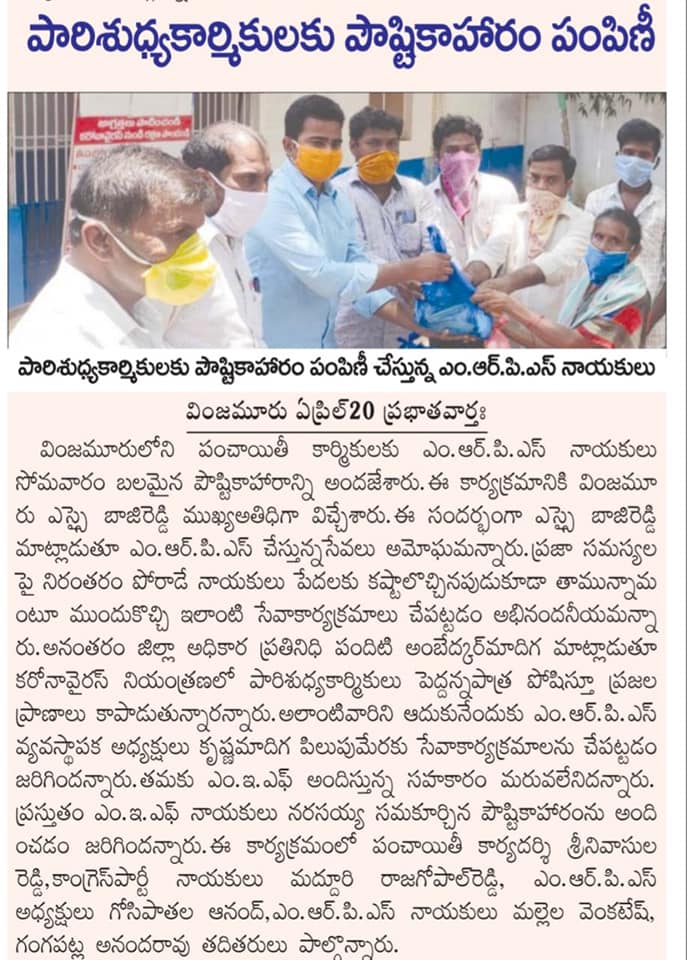 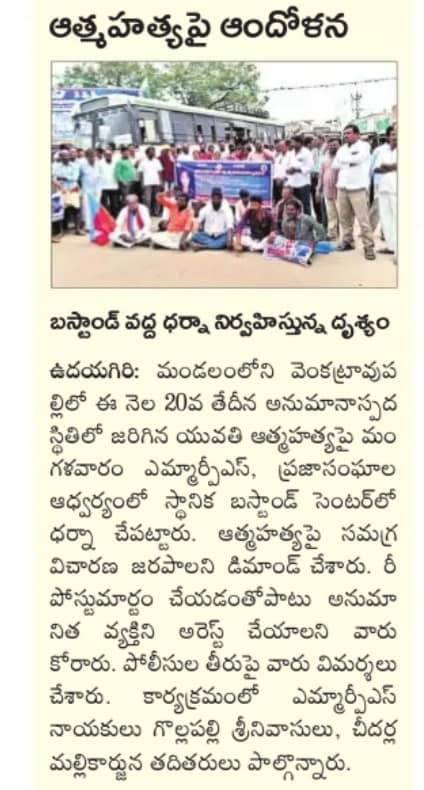 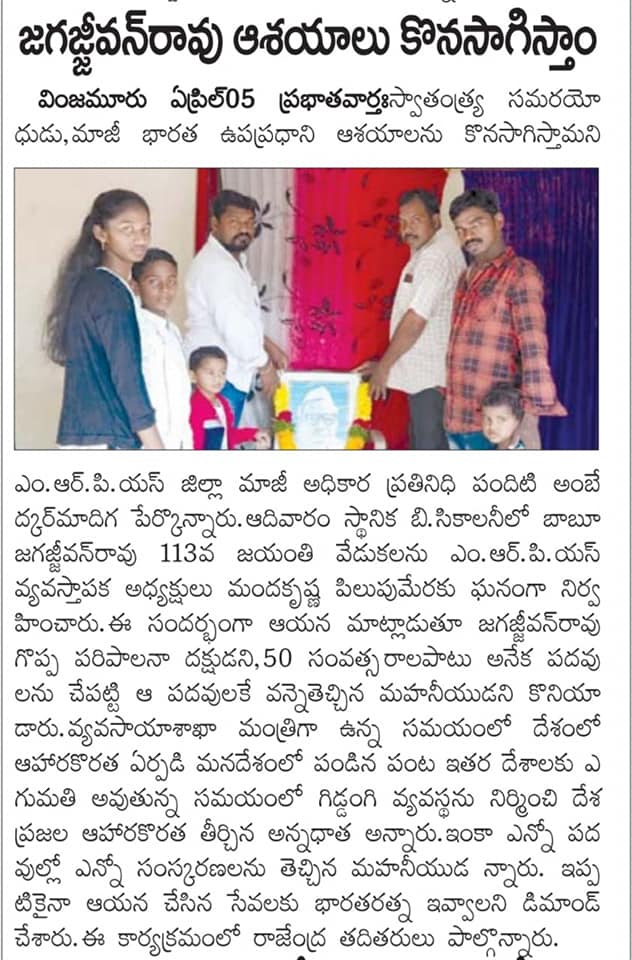 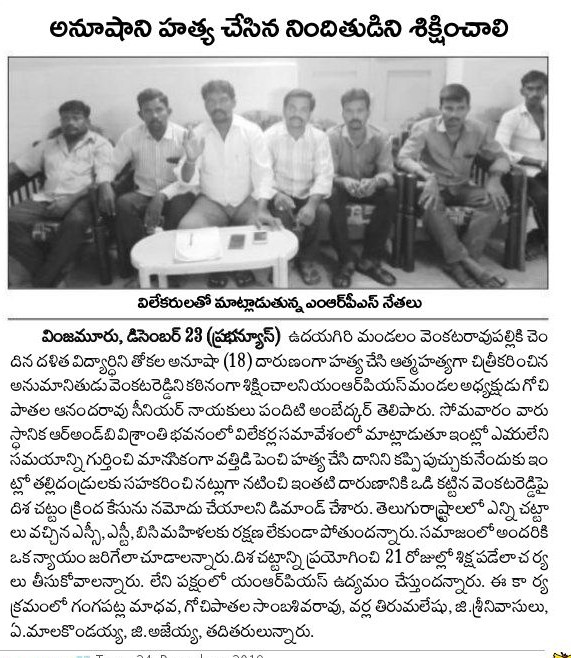 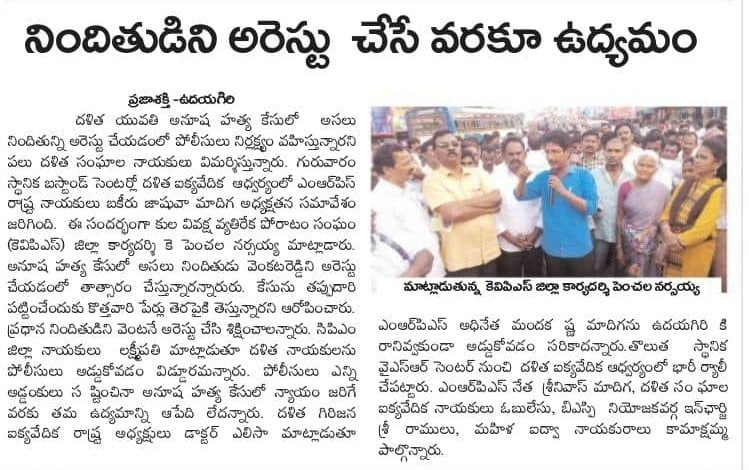 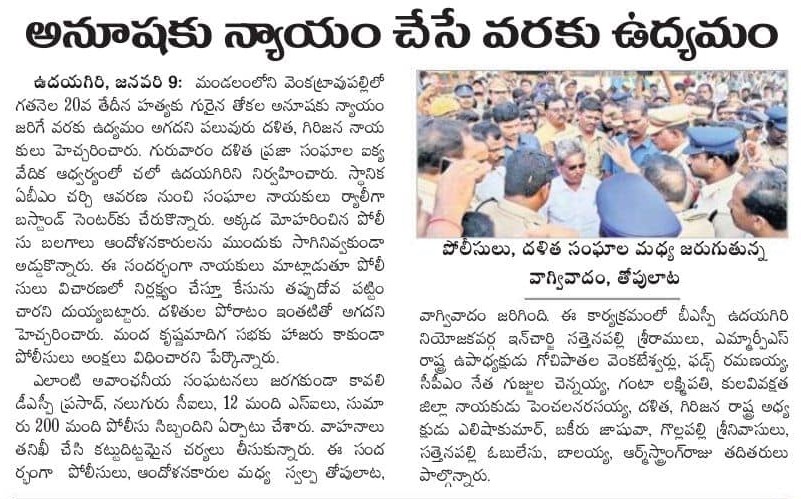 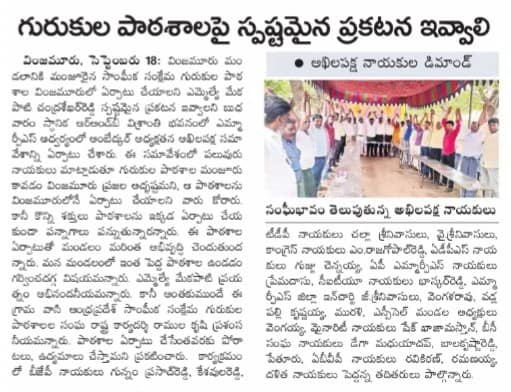 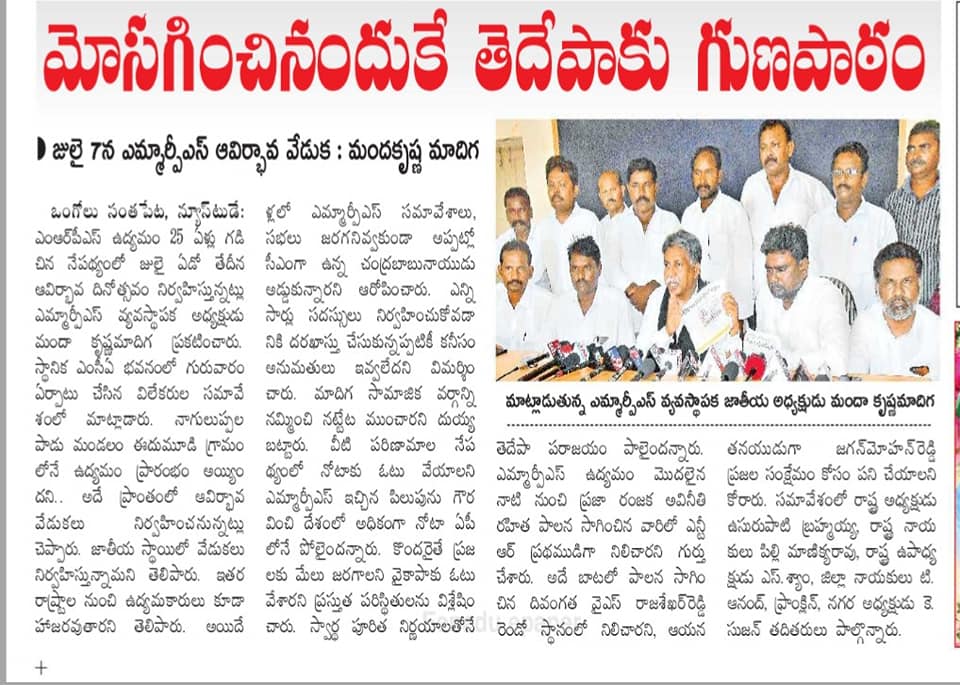 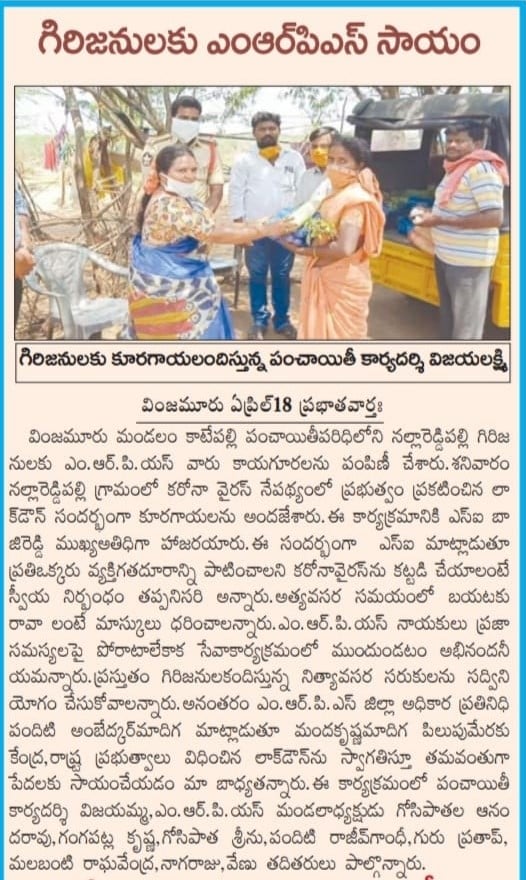 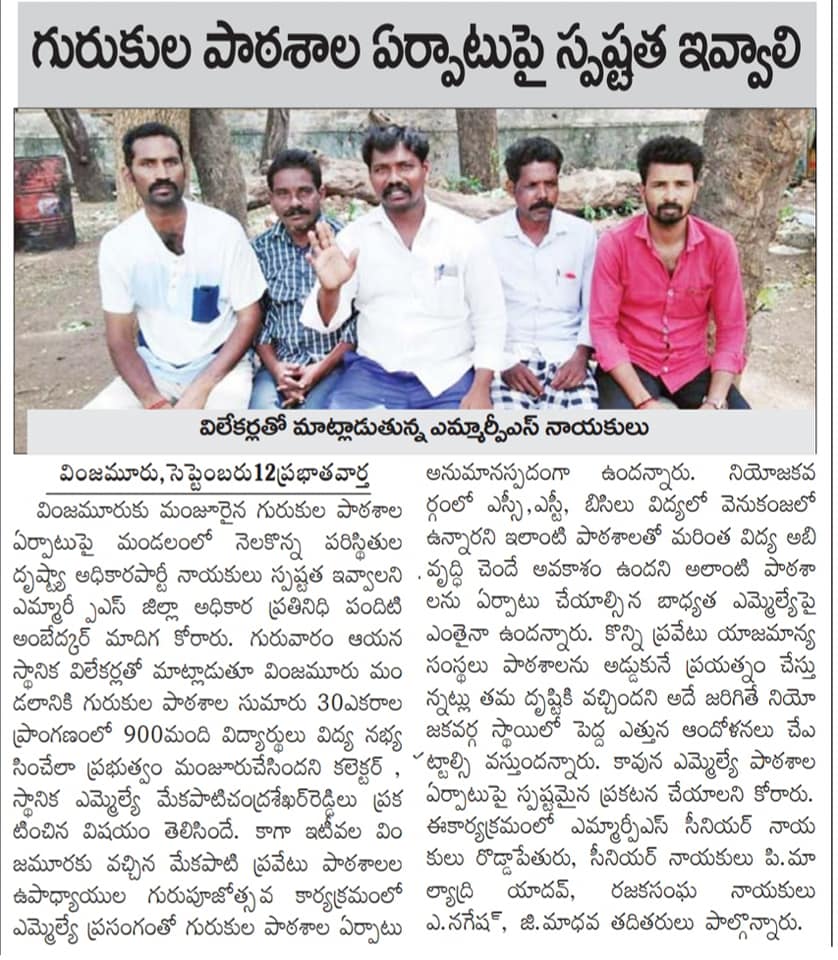 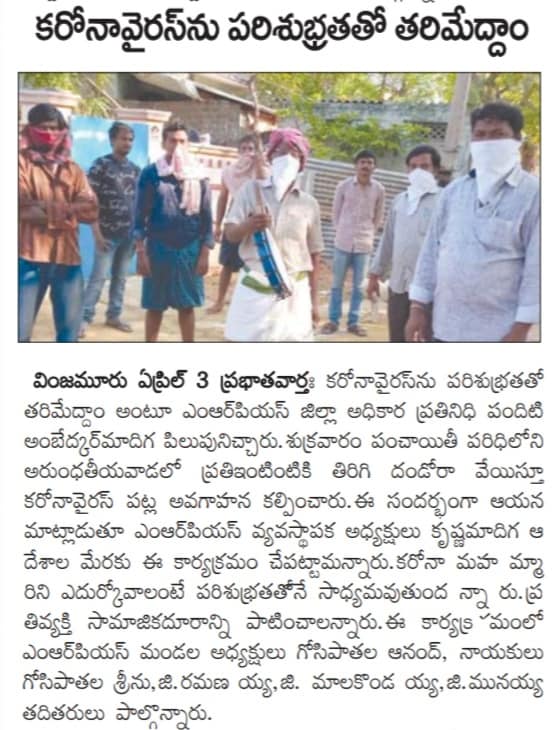 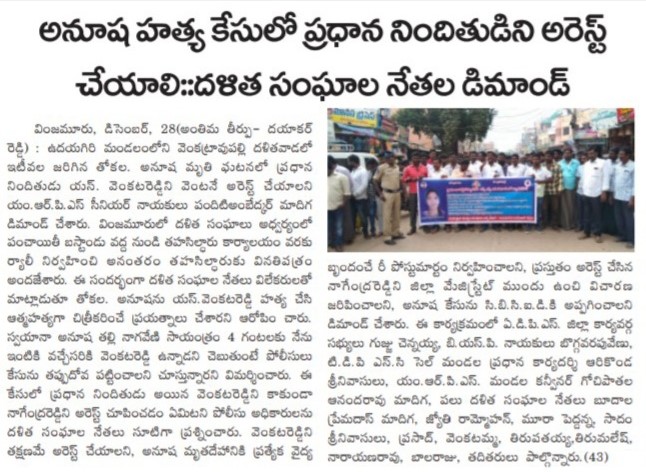