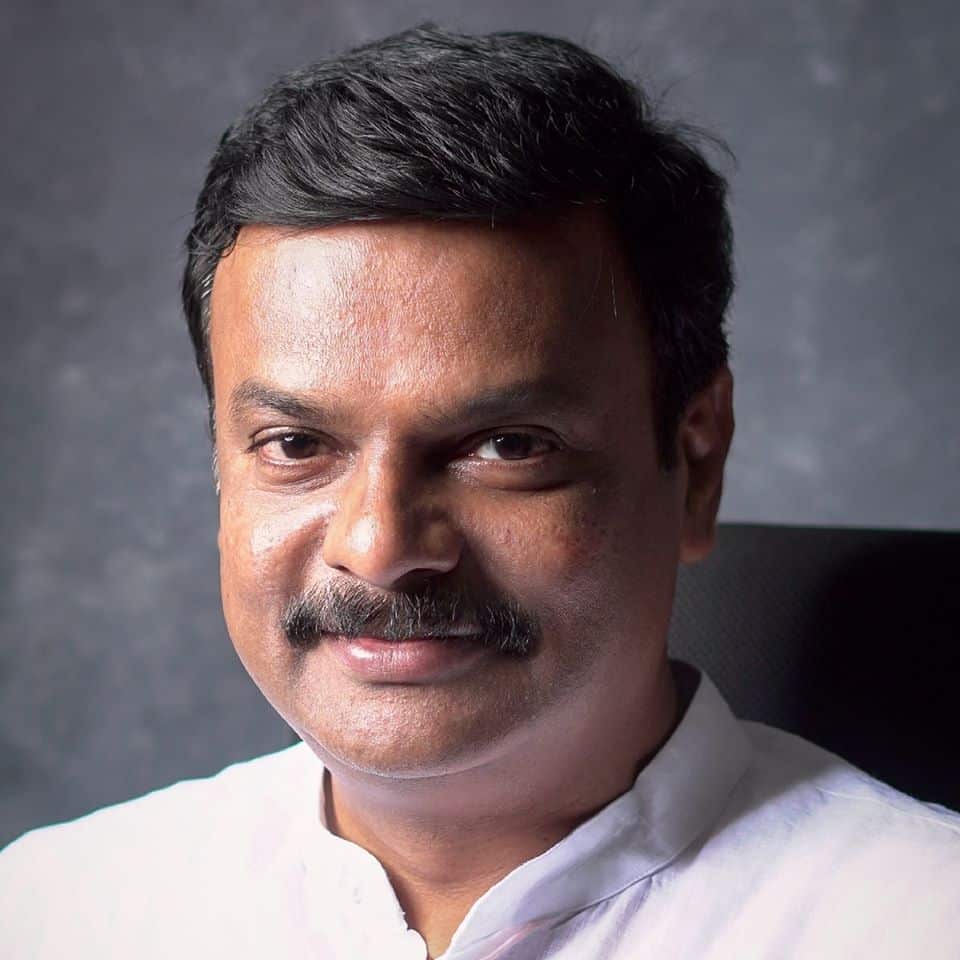 Pokala Vamsi Nagendra Madhav (P.V.N. Madhav) is a Member of the Legislative Council(MLC) from Srikakulam, Vizianagaram, Visakhapatnam constituencies in Andhra Pradesh. He was born on 10-08-1973 to P. Chalapathi Rao and P. Radha Chalapathi in Maddilapalem, Visakhapatnam.

He completed SSC from Vijnana Vihar, Gudilova, and Intermediate from Shri Krishna Vidya Mandir, he went on to complete AICWAI (Cost Accountant) while doing B.Com from Dr. V.S.Krishna Collage. He completed Post Graduate in MBA from Andhra University Campus, while simultaneously completing PGDCS and PGDAS. Along with education.

He started his Political Journey with the Rashtriya Swayamsevak Sangh (RSS), followed by a tenure as City Secretary, State Executive Member, and State Joint Secretary for Akhila Bharata Vidyarthi Parishad (ABVP). He also participated in diverse social and political activities. He joined Swadeshi Jagaran Manch as a full-time worker and worked across India. In Mumbai, he worked at the Rambhau Malgi Prabodhini (RMP) to analyze “Role of Foreign Institutional Investors FII’s in Indian Stock Market and its impact” and published his findings as a book.

He conducted a survey on “Branding & Marketing of Village Industry Products” for “Khadi & Village Industries Commission” (KVIC), Mumbai, and worked towards promoting village industry products as a brand in retail markets. He worked for “Center for Bharatiya Marketing Development”(CBMD) since its inception in 1999 under the aegis of Swadeshi Jagaran Manch. He worked across the country to organize Swadeshi Melas, study the growth of Indian Industries, and establish distribution centers like Gruhini, Gram Bharat, etc.

He joined the Bharatiya Janata Yuva Morcha (BJYM). From 2003-2007,  he was an active member of Bharatiya Janata Yuva Morcha (BJYM), where he was the State Vice-President. In 2006, he became State General Secretary (2007-2010) for BJYM and organized several social events to fight state youth problems. A few issues he fought for include obtaining Godavari waters, Social Welfare Hostels, and scholarships for SC, BC students.

He became the National Secretary of BJYM(2010-13) and was actively involved in Visakhapatnam local politics and took on fighting rural and urban causes like VUDA auctions, the encroachment of Yarada Hill, Gangavaram, problems faced by displaced residents of Dibbapalem, inflation, power cuts, Special Railway Zone for Visakha, allocation of land pattas, low voltage problems, illegal collection of parking fees, SEZ’s and opposition to the coastal corridor.

He was elected as Chairman of the Visakhapatnam chapter of cost accountants in 2013. Under his leadership, several professional development programs were organized. These include regional Telugu cost conference on the problems and solutions after bifurcation in both states AP and Telangana. “Opportunities and challenges for Industrial growth in successor states” in 2014, Regional CMA Summit in 2015 on “Strengthening the National economy through sustainable management of Natural resources” and Golden Jubilee celebration of Visakhapatnam chapter in 2016 are a few events he participated in.

From 2017-2023, He was elected as the Member of the Legislative Council(MLC) from Srikakulam, Vizianagaram, Visakhapatnam constituencies in Andhra Pradesh. He is the Hon’ble President Coramandal Fertilizers LTD. He was the Floor Leader of BJP in the Andhra Pradesh Legislative. 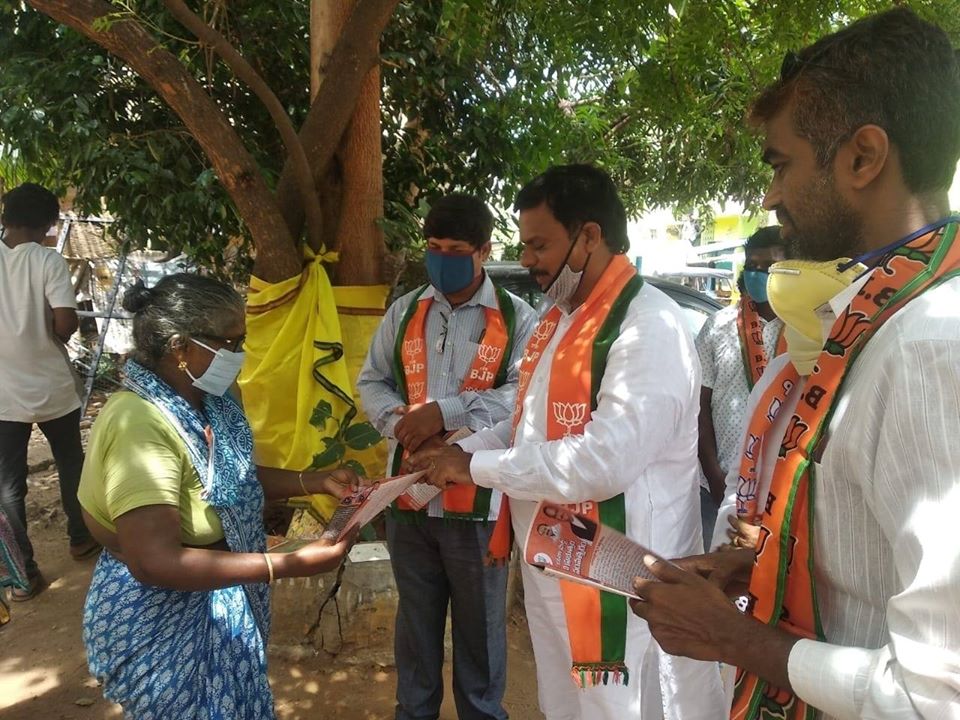 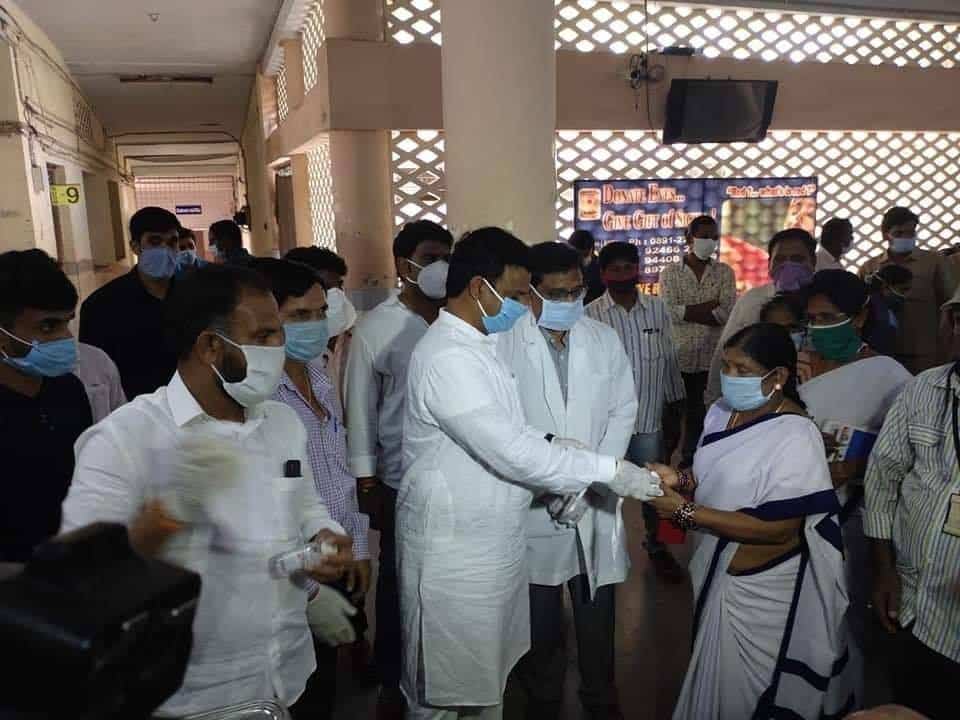 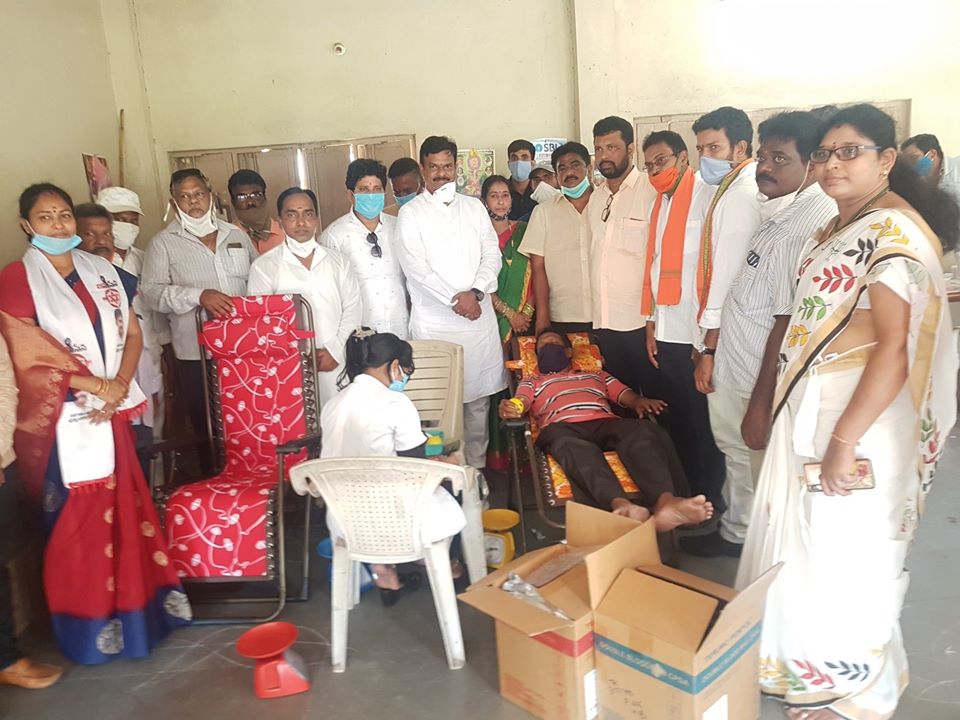 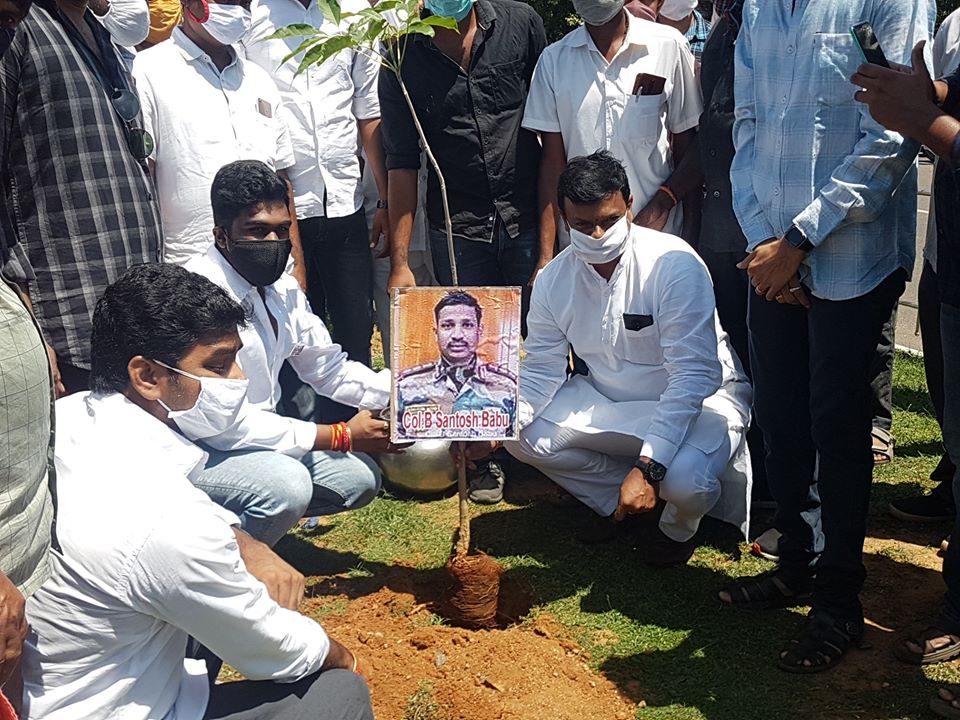 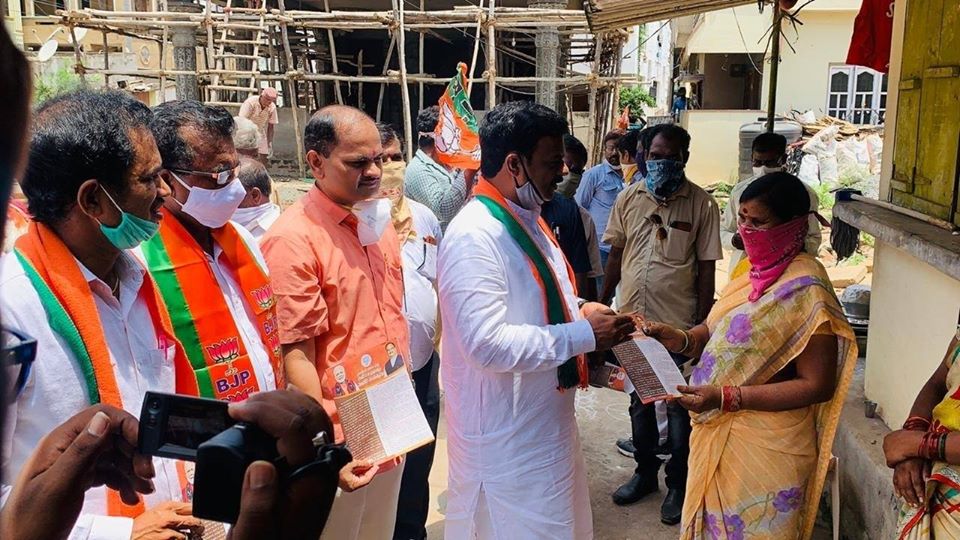 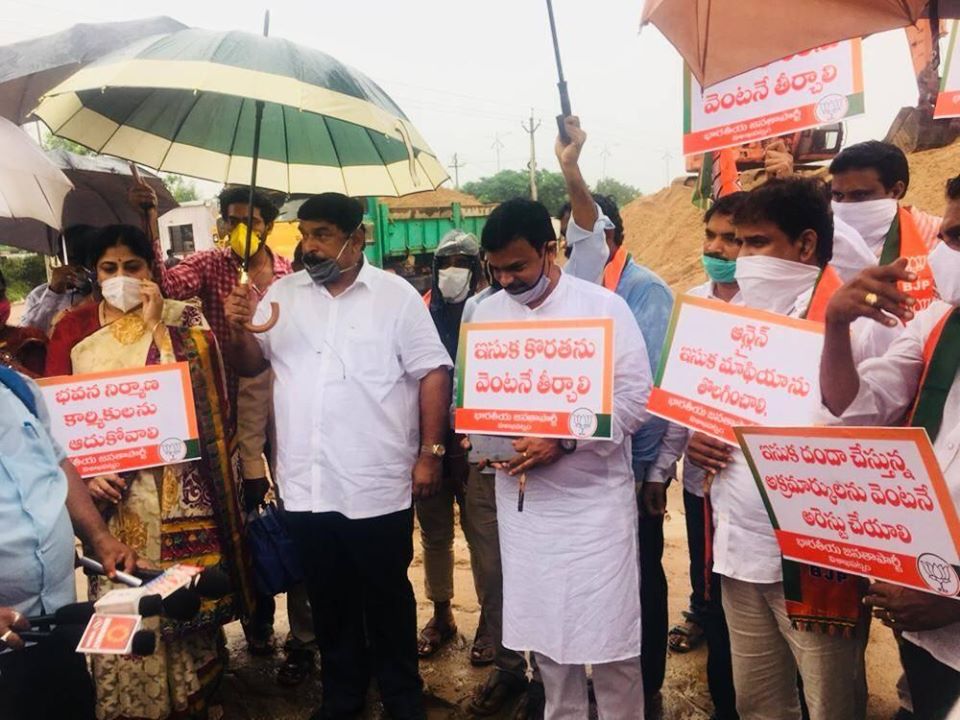 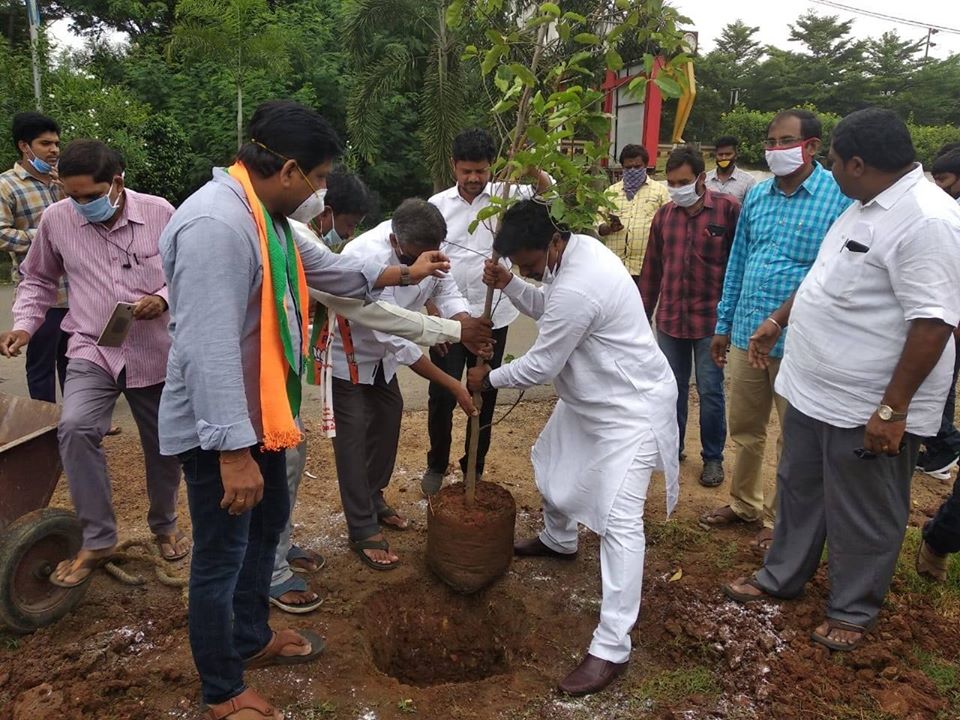 in MBA from Andhra University Campus

Joined in the Swadeshi Jagaran Manch

as a fulltime worker and worked across India.

since its inception in 1999 under the aegis of Swadeshi Jagaran Manch.

of Visakhapatnam chapter of cost accountants