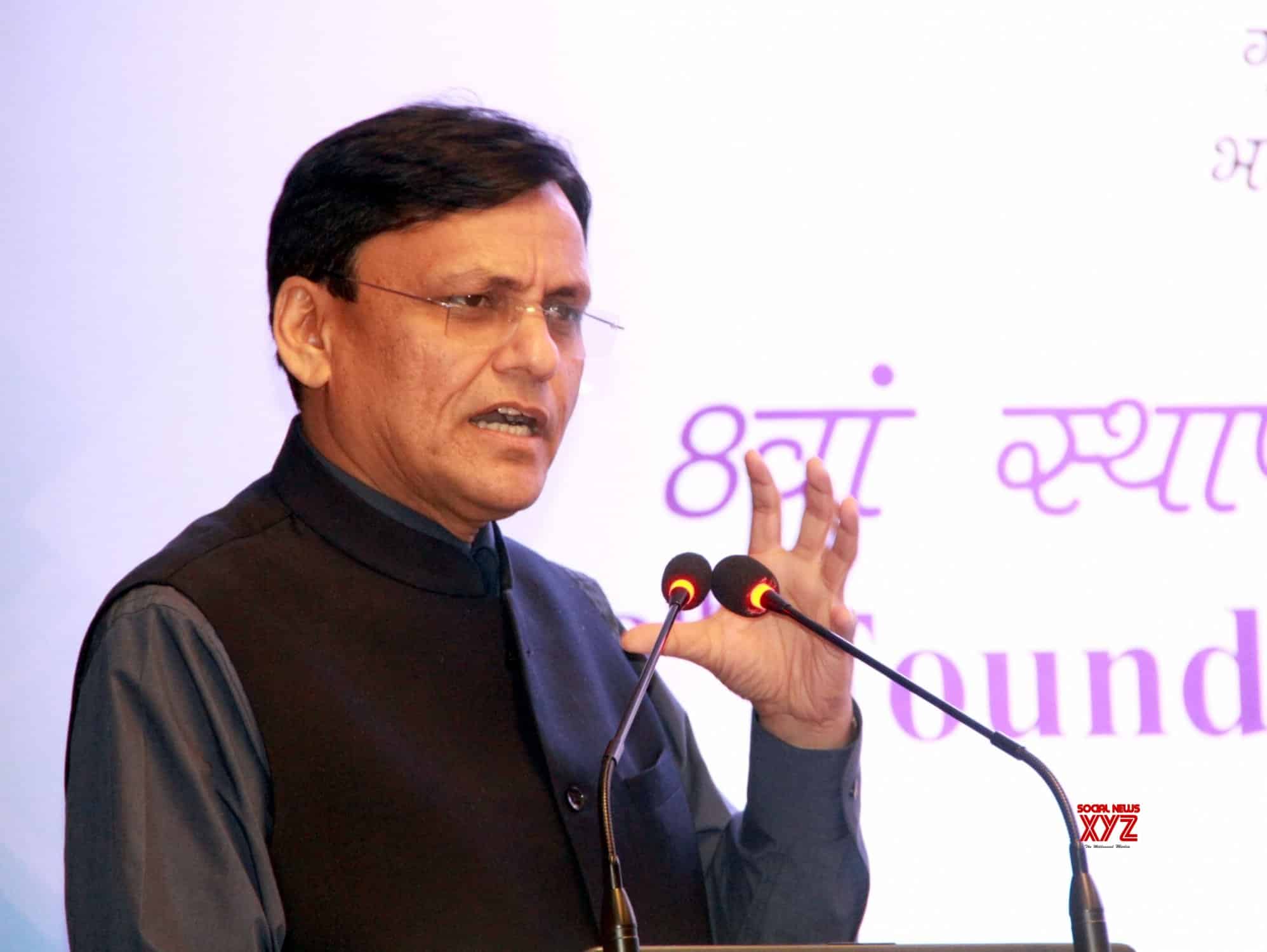 Nityanand Rai is the current Union Minister of State for Home Affairs in the Government of India and Member of Parliament, Lok Sabha. He was born on 01-January-1966 to Ganga Bishun Rai & Tetari Devi in Hajipur, Bihar, India.

Nityanand has completed his Matric from GAH School Hajipur Bihar School Patna in 1981 and ISC from R N Collage, hajipur in 1983. He has attained his Graduation B.A(Honors) from RN College, Hajipur, Bihar university in 1986.

Nityanand Rai joined politics from his college ABVP unit. He was elected as Student Union President in his college. Rai in the year 2000 Bihar Assembly election got an MLA ticket and won Hajipur. He won the seat four times consecutively(2000-2014).

In 2006, He was appointed as a Whip of Bihar Legislature. Nityanand Rai joined the Bharatiya Janata Party. In the 2014 general election Rai got the ticket for Parliamentary election from the neighboring district as his home constituency is a reserved seat for SC candidates. He won the election and became a Member of Parliament from Ujiarpur Constituency, Bihar.

From 2015-2019, Rai was the Member of the Joint Committee on the Right to Fair Compensation and Transparency in Land Acquisition, Rehabilitation and Resettlement (Second Amendment) Bill, 2015.

From 2015-2019, Rai was a Member of the Standing Committee on Commerce. In 2019, He contested and won the 17th Lok Sabha polls from the Ujiarpur constituency. He defeated RLSP candidate Upendra Kushwaha by a margin of over 2,50,000 votes.

Providing free medical treatment and service to children affected by polio; bearing the entire expenditure incurred on the education and bringing up of four orphans living in Vatsalya Gram, Vrindavan each year; facilitating the marriage of orphan girls; Adopted three gang rape victims (minor girls) and ensuring their education and marriage in future 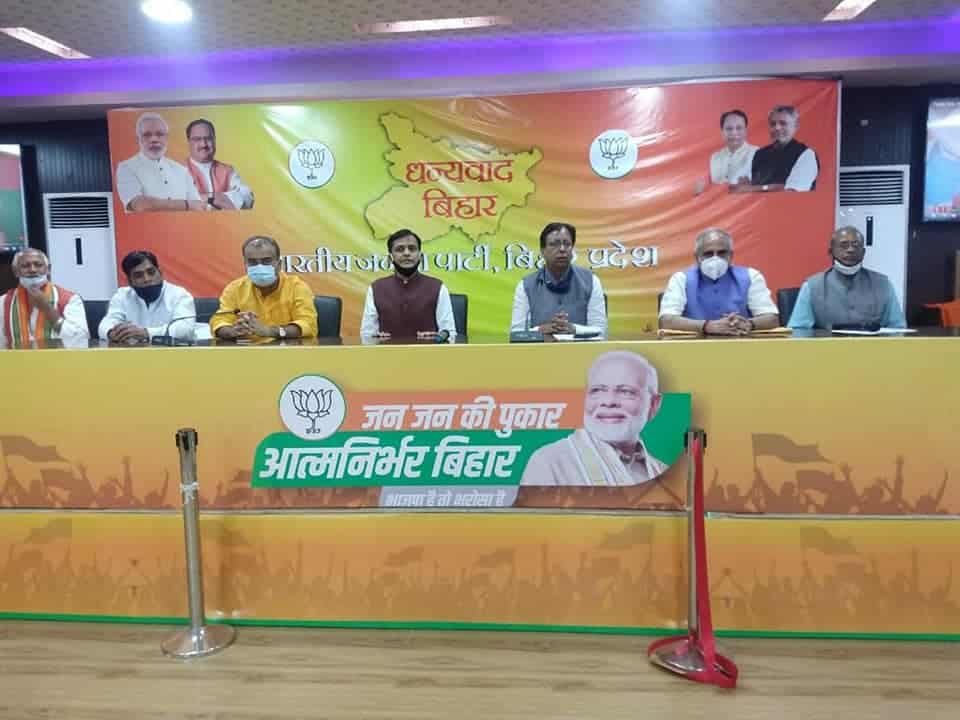 Meeting was held with the members of the Election Operation and Management Committee at the BJP, Bihar State Office. The Management and Operation Committee has done a commendable job in the election. Congratulations to all. 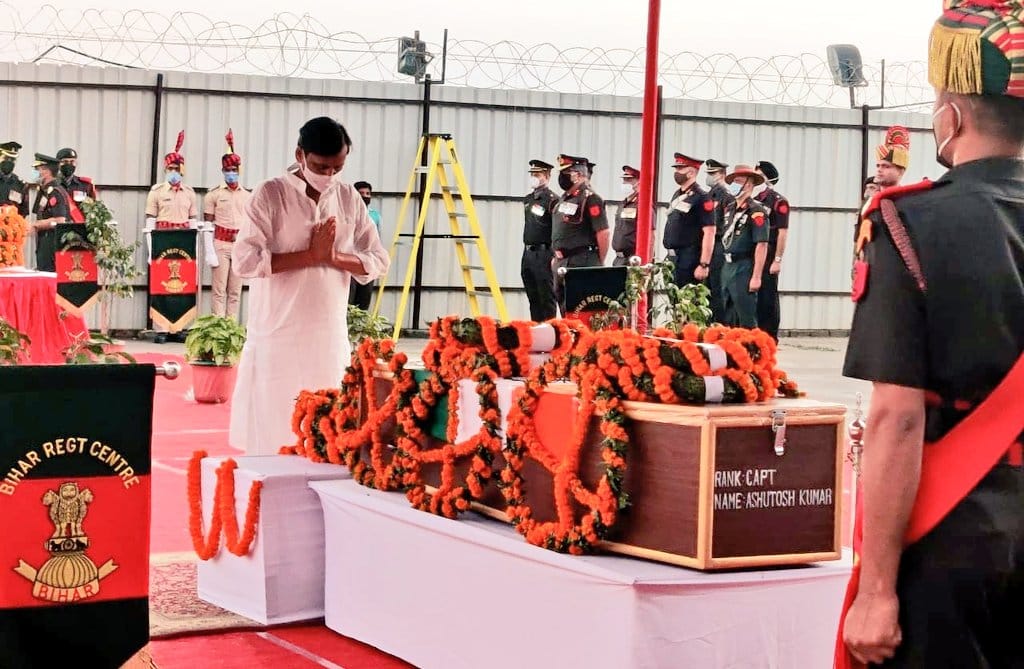 Paid floral tributes to the martyr Captain Ashutosh Kumar, a resident of Madhepura district of Bihar, who died in an encounter with intruders in Kupwara on November 8
Introducing his bravery and courage, Captain Ashutosh killed two intruders. Bihar is proud of its immortal son. 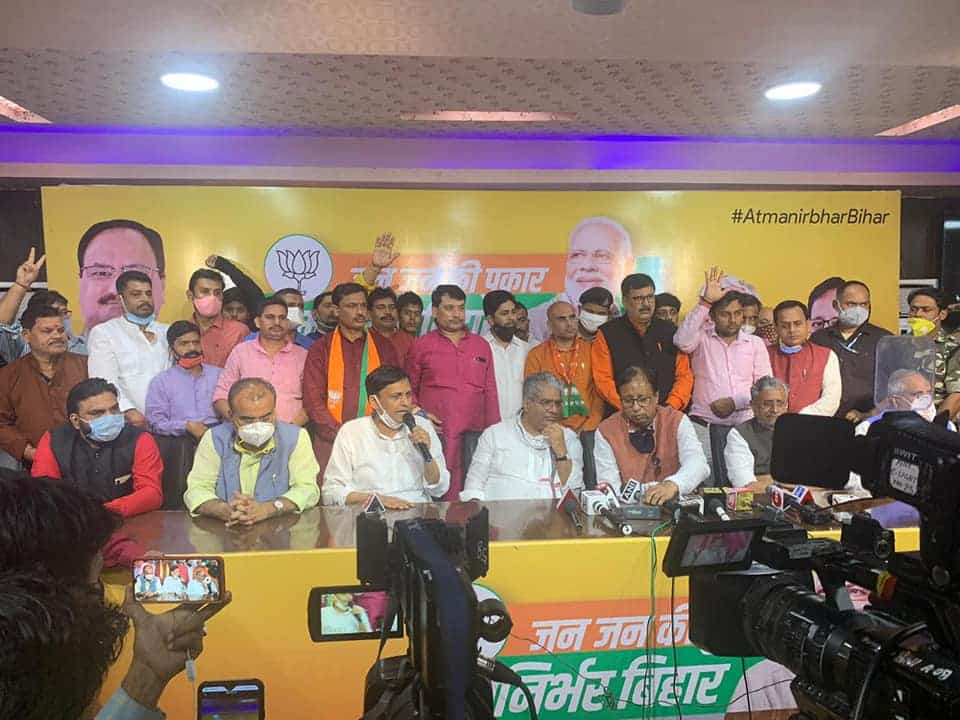 Many thanks to the Honorable Prime Minister for winning Bihar and many congratulations for Bihar’s victory.Heartfelt gratitude to the people of Bihar for giving a clear majority mandate to NDA in Bihar elections.
This victory is the result of the hard work of the workers under the leadership of Hon’ble Prime Minister Shri Narendra Modi Ji, the public welfare policies of the NDA government, and the organizational leadership of Hon’ble National President Shri Jagat Prakash Nadda Ji under the leadership of Hon’ble Home Minister Shri Amit Shah Ji.
Congratulations to the central leadership and congratulations to the NDA activists for the victory of a clear majority in Bihar. This mandate is going to forward the resolution of the future bright and self-reliant Bihar. 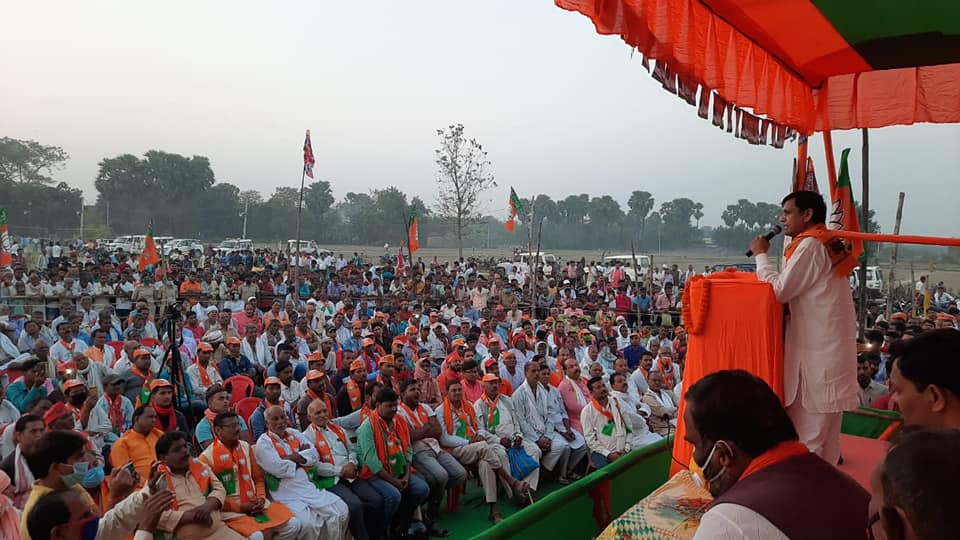 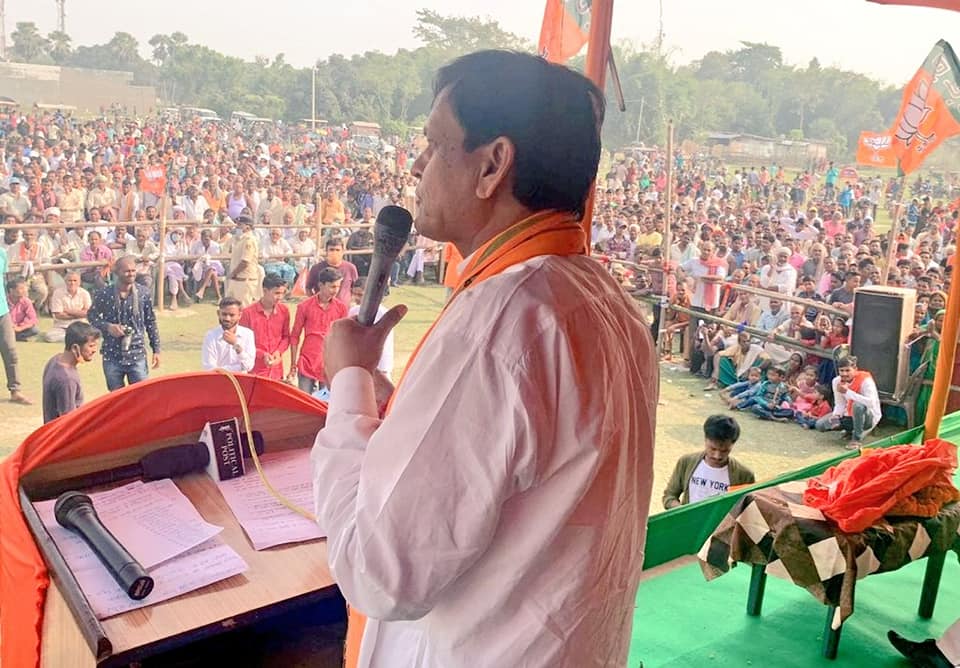 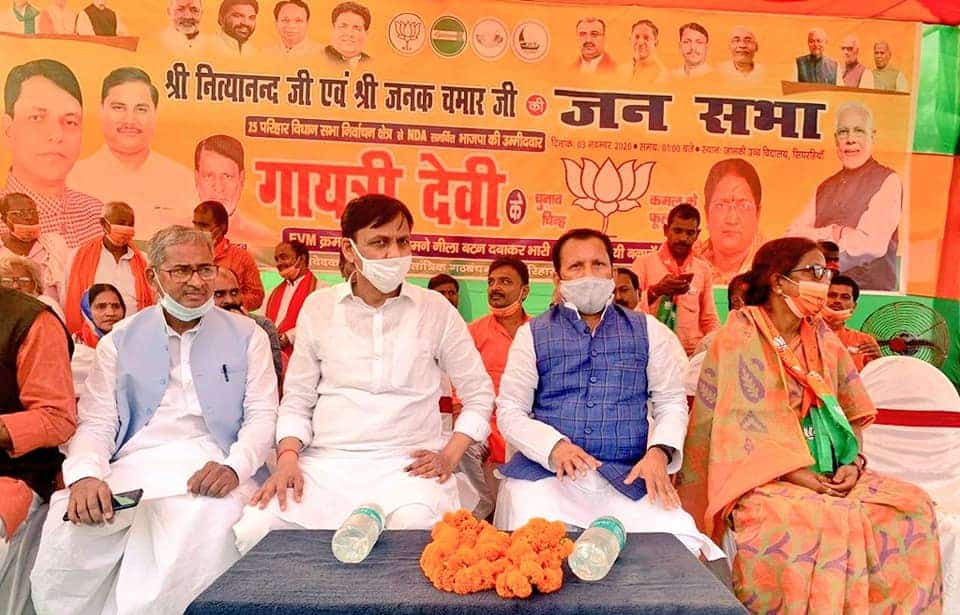 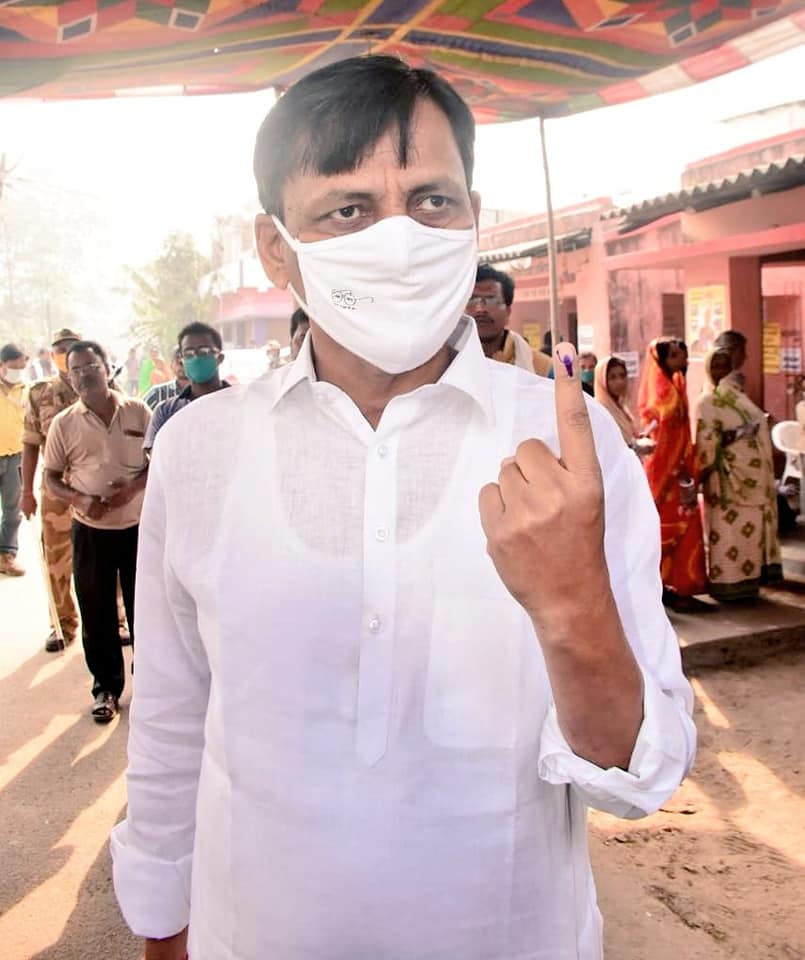 I did my vote. If voting is happening in your area, you should also do it. Vote for continuity of development in Bihar.

on Agriculture and Consultative Committee under the Ministry of Petroleum and Natural Gas.

on the Right to Fair Compensation and Transparency in Land Acquisition, Rehabilitation and Resettlement (Second Amendment) Bill

in the Government of India.