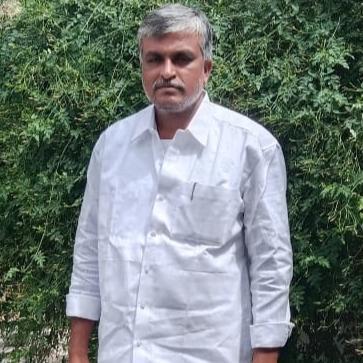 On the 10th of May 1975, Netyam Madhu was born to the couple Mr. Netyam Ramalingappa and Mrs. Netyam Menakshamma in the village of Palthur in Mandal of Vidapanakal in Anantapur District in the Indian State of Andhra Pradesh.

In the Year 1992, Madhu acquired his Secondary Board of Education from Zilla Parishad High School located at Amidala, Anantapur District.

Madhu joined the (CPIM)Communist Party of India (Marxist) in 1999 and started rendering service to the students irrespective of their Caste, Race, Gender, and Religion.

Madhu takes a genuine interest in the Party as a CPIM Activist and participates proactively in every activity, executing his responsibilities in accordance with a code of conduct and for the benefit of the party’s public exposure.

For the work and humility that he is constantly doing all day for the Party and Seeing himself working loyally for the development of the party, the party assigned Madhu the honorable post of Mandal Secretary of Uravakonda from CPIM.

In the year 2003, Madhu then Joined the All India Kisan Morcha Sabha. As soon as he joined the Organization, In recognition of his earlier services to the people, the people unanimously handed over the responsibilities of  Agriculture Labour Union Secretary.

For his comprehensive commitment towards the service to the people in 2009, he upgraded his designation by receiving the honorable position of District Joint Secretary of Anantapur and taking responsibility by completely involved in the development of the Party and the welfare of the people and been following the rules assigned to him, fulfilling his responsibilities with a code of conduct.

Madhu takes a genuine interest in the Union and participates proactively in every activity, executing his responsibilities in accordance with a code of conduct and for the benefit of public exposure.

For his work humility towards the growth and the welfare of the people, in the year 2019, he was appointed as the AIKS State Committee Member of Andhra Pradesh by providing services to the people by satisfing the requirements of everyone who appealed to him for assistance. 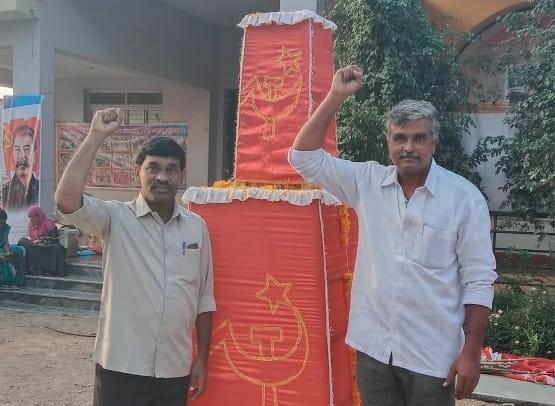 Joined in the AIKS