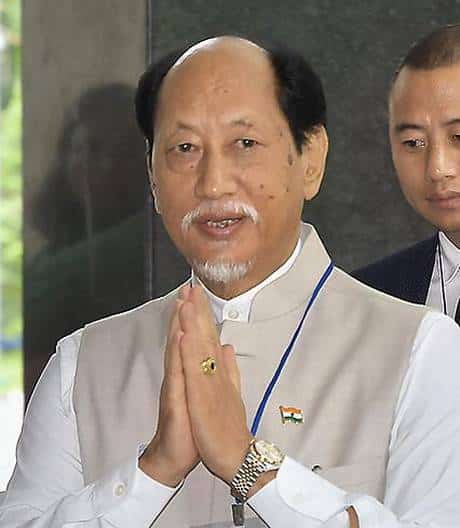 Neiphiu Rio is the Chief Minister of Nagaland. He was born on 11-11-1950 to Late Guolhoulie Rio & Kevilhou Rio in Tuophema village of Kohima, Assam. He received his early education from Baptist English School, Kohima and Sainik School, Purulia, West Bengal. He attended college at St Joseph’s College, Darjeeling, and later graduated B.A from Kohima Arts College at Kohima Nagaland Under Nehu in 1978.

An active student leader during his School and College days, Rio entered politics with the Indian National Congress at a very young age. He had headed many prestigious organizations before becoming the Chief Minister of Nagaland. He served as the President of Kohima District United Democratic Front (UDF) Youth Wing in 1974. He was also appointed as the Chairman of the Northern Angami Area Council in 1984. He also had been the honorary Vice President of the Indian Red Cross Society(IRCS) Nagaland branch.

On joining politics, Rio was first elected MLA  to Nagaland Legislative Assembly as Congress (I) candidate from the Northern Angami-II constituency during the 7th General Elections of 1989. In 1990, He was appointed as the Minister for Sports and School Education and subsequently as Minister for Higher & Technical Education and Art & Culture; also served as Chairman in Nagaland Industrial Development Corporation, Nagaland Khadi & Village Industries Board and Development Authority of Nagaland.

Rio was again elected from the Northern Angami-II constituency in 1993 as Congress (I) candidate and appointed as Minister for Works & Housing. In 1998, He was the MLA of Congress & was a member of the Indian National Congress, Rio was Nagaland’s Home Minister as part of the cabinet headed by S. C. Jamir from 1998 till 2002 when he resigned from the ministry accusing Chief Minister S. C. Jamir of blocking a negotiated settlement of the vexed Naga issue.

After his resignation, Rio joined Naga People’s Front which partnered with other Naga regionalist parties and the state branch of the Bharatiya Janata Party (BJP) under his leadership to form the Democratic Alliance of Nagaland (DAN), a coalition which won the 2003 state elections, bringing the 10-year-long rule of the Indian National Congress in the state to an end. In 2003, He was the MLA of Naga People’s Front. Rio subsequently took office as Chief Minister on 6 March 2003.

Before completing his first term, Rio was dismissed as Chief Minister when President’s Rule was imposed in Nagaland on 3 January 2008. However, his party emerged as the single largest party in the ensuing elections and Rio, as the leader of DAN, was invited by the state Governor to form the government on 12 March 2008.

Rio played a key role in setting up the Music Task Force, the first music industry in the country. He was awarded The Mother Teresa Millennium Award, for his outstanding leadership and contributions to politics in Kolkata in the year 2007.

He is keen on the area of ‘Green Goals’ like environment protection and safeguarding of bio-diversity. He takes interest in Promoting youth empowerment, music, culture, and sports. He is a supporter of creative fields especially the arts. His Favourite Pastime is Sports, Reading, Gardening, Music, and Travelling.

He survived an assassination attempt on life when armed persons ambushed his motorcade at Dimapur in Nagaland on 30th May 1995. He was then serving as PWD Minister of Nagaland. His driver was killed in the ambush and several of his armed bodyguards were injured.

Rio is married to Kaisa Rio, and they have five daughters and one son. His brother Zhaleo Rio was elected to Nagaland Assembly in 2013 and 2019 and was deputy speaker of the assembly in 2018. His mother Lt. Kevilhouü Rio died on January 1, 2020, at the age of 92. His father had died 30 years before his mother’s death. 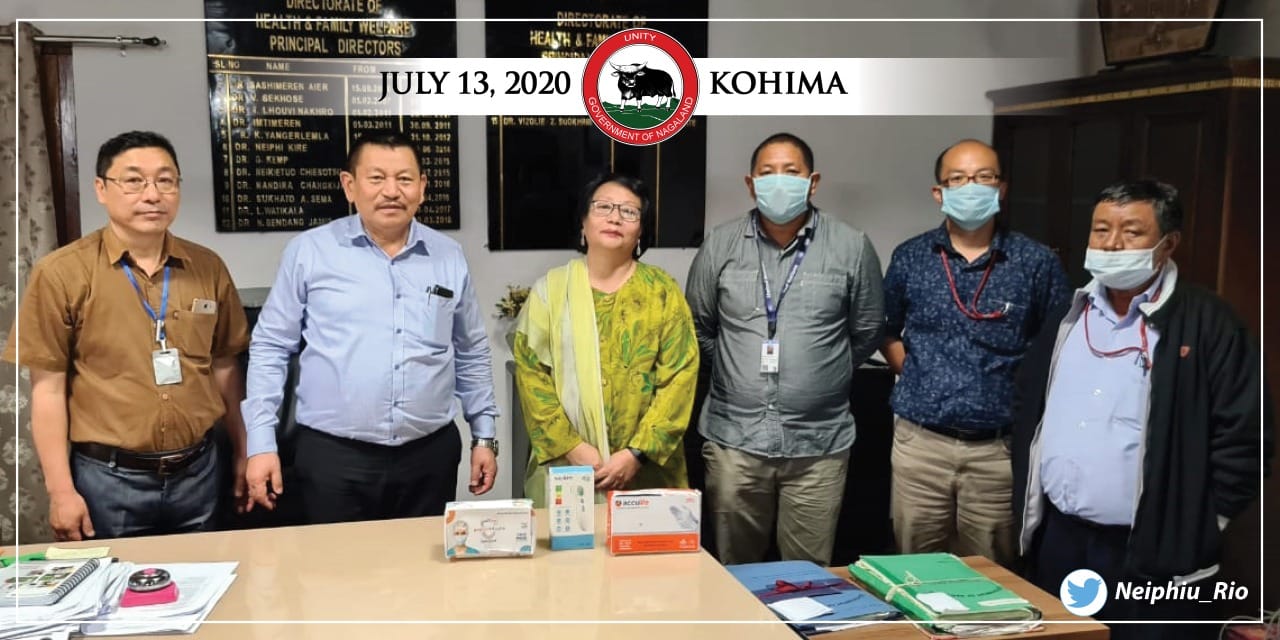 My heartfelt gratitude to UNDP India for donating 1 lakh triple layer masks, 60,000 surgical gloves, and 50 thermal scanners to HealthNagaland. I laud UNDP India’s support to the national response in combating and containing the impact of Covid-19. 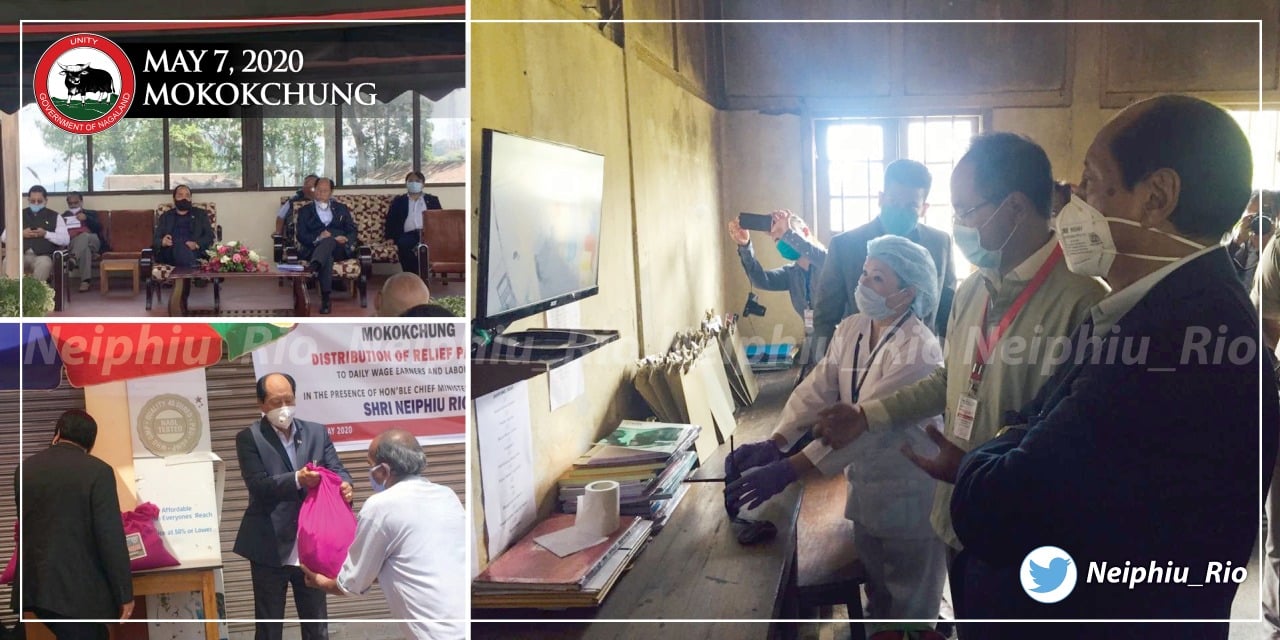 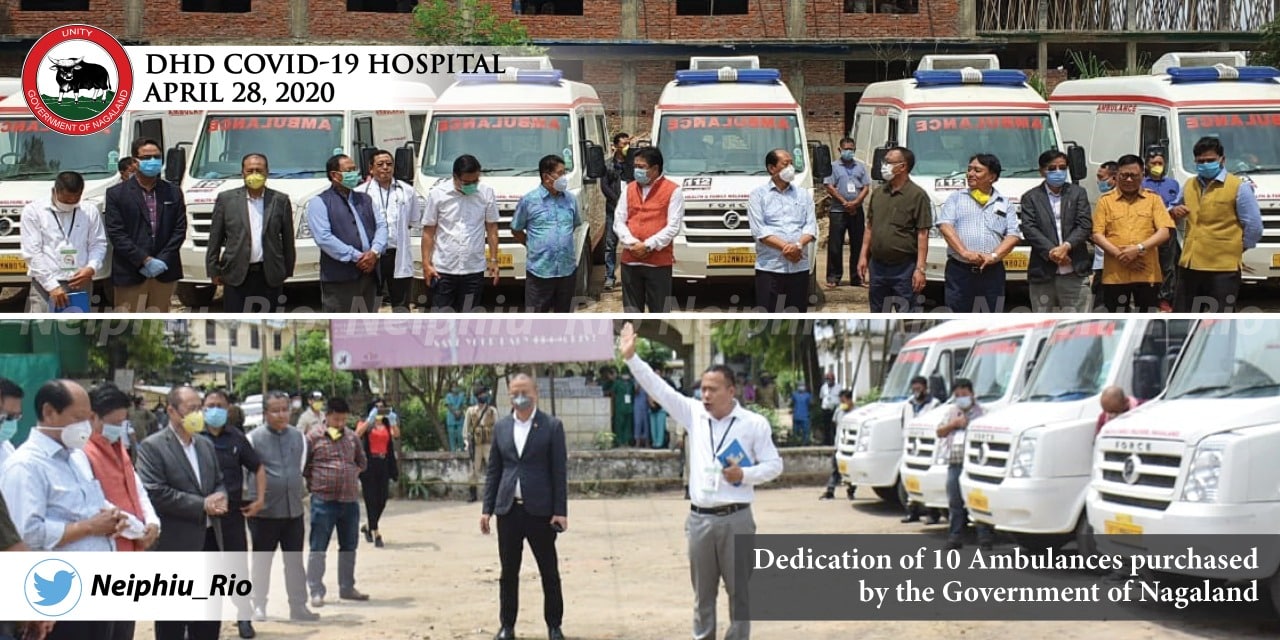 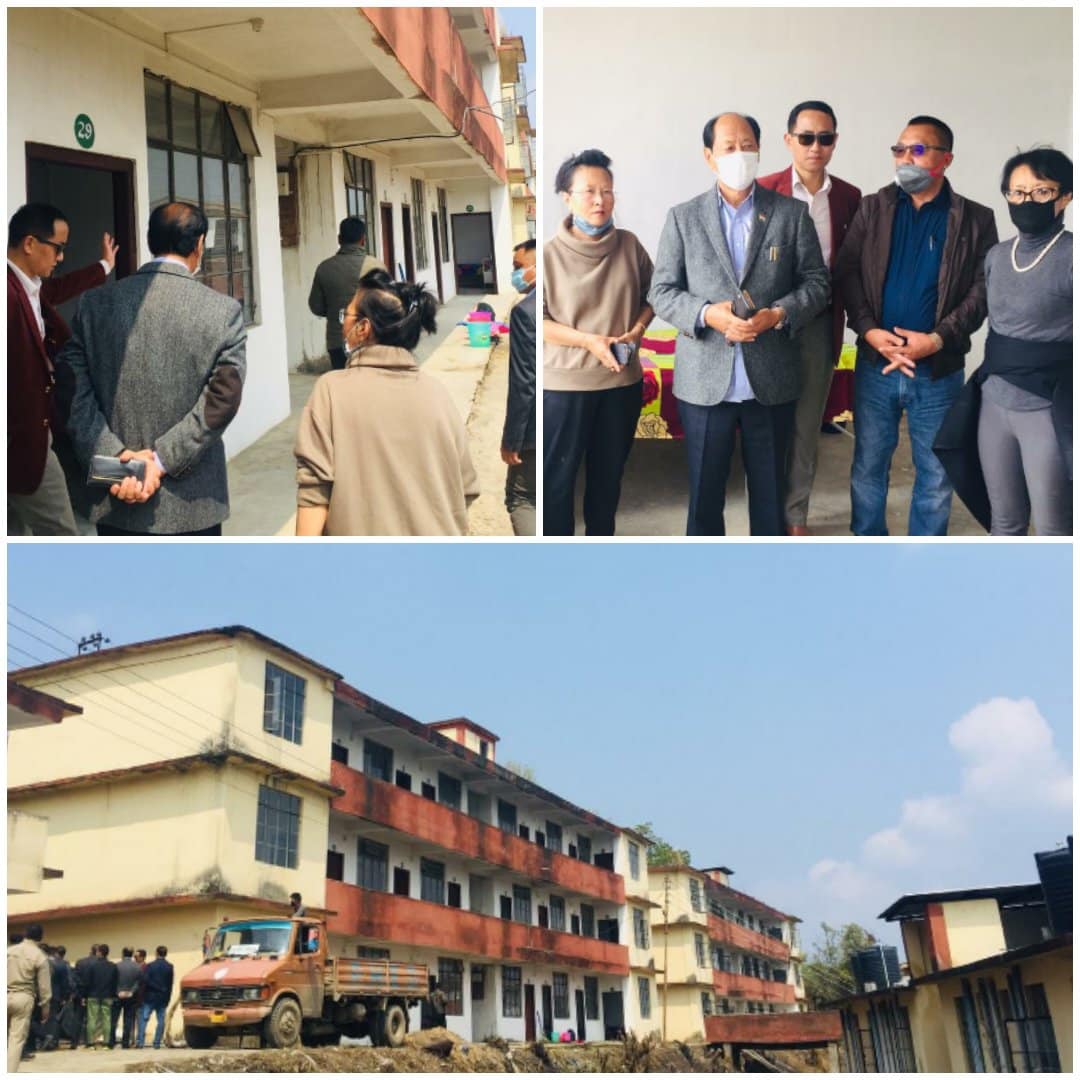 Visited the newly identified quarantine facility today at Urban Housing Meriema where preparatory work is underway. The Government of Nagaland is leaving no stone unturned to prevent the spread of coronavirus. COVID2019 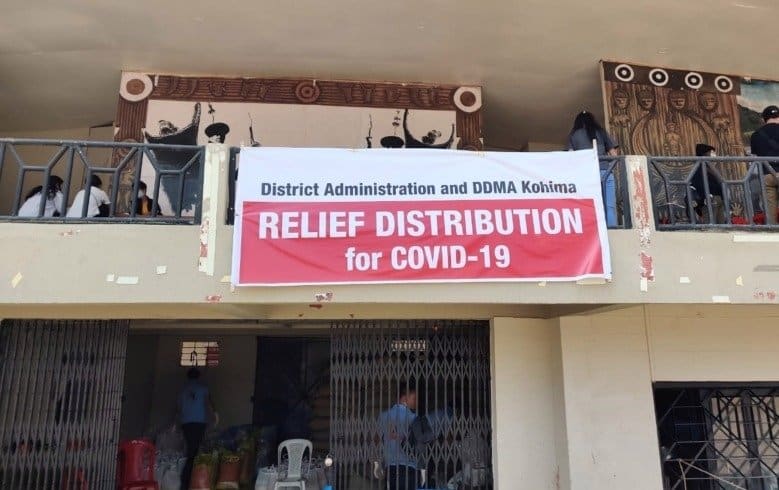 during his School and College days

from the Northern Angami-II constituency of the Indian National Congress.

of Nagaland as part of the cabinet headed by S. C. Jamir

Joined in the NPP

of Northern Angami-II constituency from NPP.

Nagaland Legislative Assembly as NDPP from the Northern Angami-II

Congratulations @MusicTask on completion of 1 year. TaFMA has not only catapult music & arts in #Nagaland but also broadened its scope & reach. I laud the Advisor @thejameru, PD @DrHovithalNSoth & all the staff on reaching a milestone & wish them more success as they forge ahead. pic.twitter.com/m5QOWkImBi

Convened a meeting of the High Powered Committee. Among other things, reviewed Peren situation, discussed lockdown and containment issues. The train from Bengaluru, which arrived yesterday, will be the last special train. pic.twitter.com/ErmzN9j8JP

Had a meeting with @NagalandSchool and was briefed on district-wise report card regarding recent HSLC/HSSLC examinations in the state. Expressed my concern about low pass percentage in some districts. Discussed action plan to improve performance of Government schools. pic.twitter.com/UCHI3pVSKp

Shocked & saddened to hear about the untimely demise of Sushant Singh Rajput. He personally handed over a cheque to me when Nagaland was affected by floods & landslides in 2018. His love & generous contribution to the people of Nagaland will always be remembered. May his soul RIP pic.twitter.com/KQ5EHl5K2K

High Powered Committee had a VC with the District Task Forces to take stock of situation regarding #COVID19 positive cases, quarantine centers and testing facilities in the districts. Also, solicited their views on re-opening of religious/worship places and business activities. pic.twitter.com/VoESkNmxEB

High Powered Committee had a review meeting and interaction on #COVID19 preparedness with the District Task Forces which is headed by the Deputy Commissioner of the districts. Directed them to ensure better coordination among the districts and smooth arrangement for returnees. pic.twitter.com/EjXjWxnsmB

Had a video-conference with the CGM of NE Circle @TheOfficialSBI and other senior Bankers along with state officials. Discussed economy revival plan in partnership with banks to promote entrepreneurship, job creation in agri and allied and MSME sectors for a #SelfReliantNagaland. pic.twitter.com/gj5kJFtTfp

Held an emergency meeting to take stock of the overall scenario of the state with my colleagues and the Nagaland #Covid_19 War Room. pic.twitter.com/fsKpTJ4HG1

Along with some of my colleagues and govt. officials, visited quarantine centers at Agri Expo and New DC Complex which was earlier relief center. At present they have 134 and 253 beds, respectively. Arrangements are being made to enhance their capacities. #Nagaland #TogetherWeCan pic.twitter.com/GlHf58qH7o

Through @StateDisaster, an additional 17 nos. of fogging machines and 100 nos. of sprayers with sodium hypochlorite will be distributed to all the district headquarters of #Nagaland. pic.twitter.com/NLVMDL65S5

The second consignment for biosafety laboratories, along with technicians, has reached #Nagaland by @IAF_MCC C-17 Globemaster. With this, work for setting-up the second biosafety laboratory at Referral Hospital Dimapur will also start immediately. #Covid_19 #togetherwecan pic.twitter.com/w2p5fVnI3P

Visited Chiephobozou, Botsa and Tuophema under Kohima district. Interacted with the respective medical officers and area administrative officers and examined the status of preparedness level for #Covid_19 and took note of their feedback. #NagalandAgainstCorona #TogetherWeCan pic.twitter.com/wDheu0g4yV

Convened a review meeting of the State-level Task Force to combat #COVIDー19 in #Nagaland which comprise of Deputy Chief Minister @YanthungoPatton and some of his colleagues, Chief Secretary @temjentoy, @DGP_Nagaland and senior government officials. pic.twitter.com/0htlyaPFrk

My heartfelt gratitude to @UNDP_India for donating 1 lakh triple layer masks, 60,000 surgical gloves and 50 thermal scanners to @HealthNagaland.
I laud UNDP India's support to the national response in combating and containing the impact of #Covid_19. #TogetherWeCan @UNDP pic.twitter.com/7ETSD1F9vD

Addressed the press and media fraternity and presented an overview of the key financial parameters of the Govt. to help all concerned understand financial issues with more clarity and proper understanding. Also, discussed #COVID19 related issues and concerns related to returnees. pic.twitter.com/oXShX1NaH1

Attended webinar on "Implementation of e-Office in North Eastern States" organised by @DARPG_GoI towards digital State Secretariats which will result in creating paperless State Secretariats in a time-bound manner. It was addressed by @DrJitendraSingh. #Egovernance pic.twitter.com/797TJPhCVq

Convened a meeting of HPC. Updated by @HealthNagaland & Home Dept. Discussed amendment of SOPs, mgmt of more returnees etc. Labour Dept. to register data of all returnees for skill dev. training for self-employment in Nagaland & also of those who plan to work outside the state. pic.twitter.com/SvfQhVNiac

Inspected quarantine centre at Ganeshnagar industrial estate Dimapur along with some of my colleagues. I'm grateful to Nagaland Police @DGP_Nagaland, officers and jawans for converting it to a fully equipped quarantine centre, with a capacity for 1,070 people, within a short time pic.twitter.com/jKcYw1UwQI

Met with NBCC, APO, KVC, churches and other frontal organisations along with senior legislators and senior officers with the objective to unitedly fight #COVID19 by
sharing the responsibilities.#nagalandagainstcovid19 #TogetherWeCan pic.twitter.com/SXa44xfQ43

Visited Zunheboto and Phek districts today along with some of my colleagues to review preparedness for #COVID19. Inspected the district hospitals and held meetings with administrations/Task Forces, civil societies and NGOs. #Nagaland #TogetherWeCan #NagalandAgainstCorona pic.twitter.com/UrJw2Vl1yr

Visited Chedema & the new site for quarantine centre at K. Badze along with Legislators incharge of Kohima for #Covid_19 measures. I appreciate the efforts of the frontline workers & have taken note of their feedback.Urged them to practice universal safety measures #TogetherWeCan pic.twitter.com/l4aXSL9UXM

Major General VPS Kaushik, the new Inspector General Assam Rifles (North) called on me. We shared thoughts for the common good. I wish him the best for his new assignment. pic.twitter.com/FCHsN7ICIs