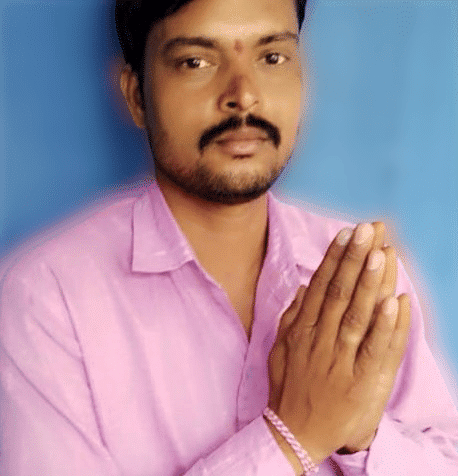 Neelam Bikshapathi is an Indian Politician and current General Secretary from the TRS Political Party at Peddapalli district in the respective state of Telangana.

He was born to ethnic couple Neelam Mallesh & Madhuramma on 15th-June-1988 and raised in a census town of Ramagundam village of Godavarikhani Mandal in the state of Telangana.

In the year 2000, he completed his Higher Board of education from ZP High School resided at Godavarikhani.

After relocating to Singareni, he began his professional career by selecting a job related to his studies and settling as an Operator in a private institution.

He has been exposed to political traits since childhood. He became a devout disciple of MLA (Member of Telangana Legislative Assembly) Korukanti Chadar, and by following in his footsteps, in the year 2001 Bikshapathi has begun his political career by joining the Telangana Rashtra Samithi (TRS) founded by Kalvakuntla Chandrashekhar Rao who is the Indian politician serving as the first and current Chief Minister of Telangana.

Despite being handed over the responsibilities, the party was dazzled by his dedication and appointed Bikshapathi as the Municipal BC General Secretary in the following year from Medaram. So that he could stay closer to the people and carry out programs that would benefit them till 2005.

He garnered the people’s affection and on the date 15th-05-2008, the party not only promoted him to the position of BC General Secretary from Karim but also increased his responsibilities to discharge till 2012.

Carrying out his duties as a political activist after joining the TRS Party, In the period 2018, he further expanded his responsibilities as TRS Party General Secretary by assisting the poor through his authority.

He is not only growing up with the success of many of the businesses he started from an early age, but he is also steadily progressing in the political post as a young leader in Korukanti Seva Samithi.

He actively engaged and led the Telangana Movement:

During Telangana Movement, Bikshapathi played an active role and fought for the creation of a new state, Telangana, from the pre-existing state of Andhra Pradesh in India.
Maha Dharna was held at the Clock Tower Center for the separate state of Telangana.
As being a part of the fight for the state of Telangana, Bikshapathi has been organized Padayatra and fought for Telangana State along with party members.
Under the auspices of the Telangana movement, non-stop protests were held for 25 days.

Under the auspices of the Vijayamma Foundation, a range of services has been rendered:

Blood Donation:
Bikshapathi organized a blood donation camp in the village of Ramagundam and donated blood to the extreme people.
This program has started with the thought of no INDIAN should die with lack of blood and by implementing into reality started a group with countable members and started donating all the blood- Normal groups, Negative Groups, Rare Groups across INDIA with the help of donors.

Charity Program:
He founded and was actively involved in several social services and charity programs, as well as eradicating hunger among the poor.

To solve the water problems in every house of Ramagundam Colony people, Bikshapathi installed taps and solved the water issues by providing pure drinking water.
As there is damage to the Pipelines of the Water tank in the village, he Renovated the pipelines with his own money.

A Leader is one- Who Knows the way, Goes the Way, and Shows the Way… 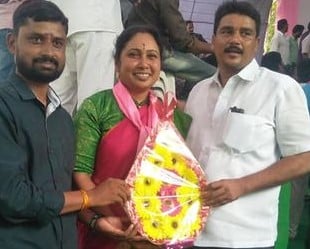 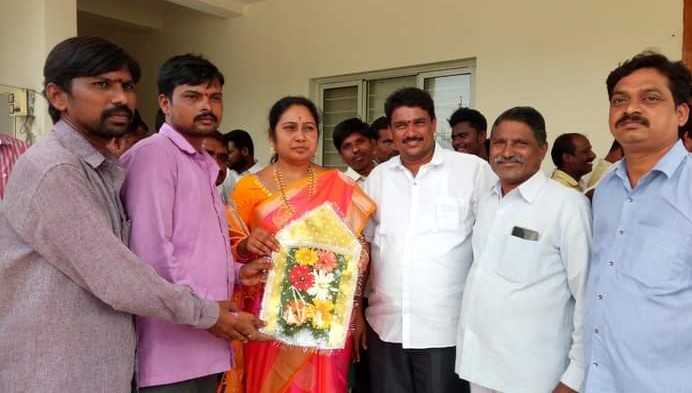 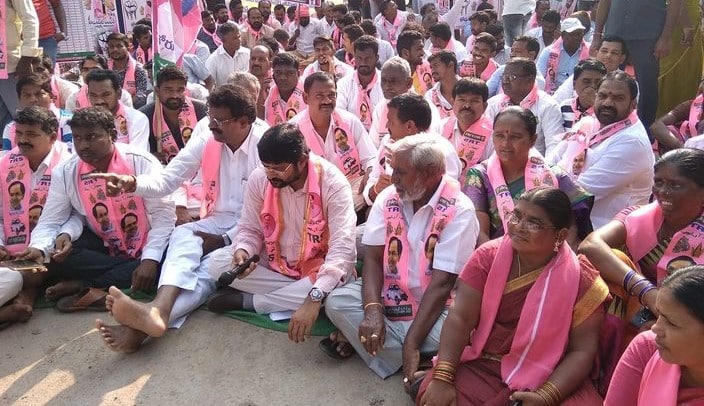 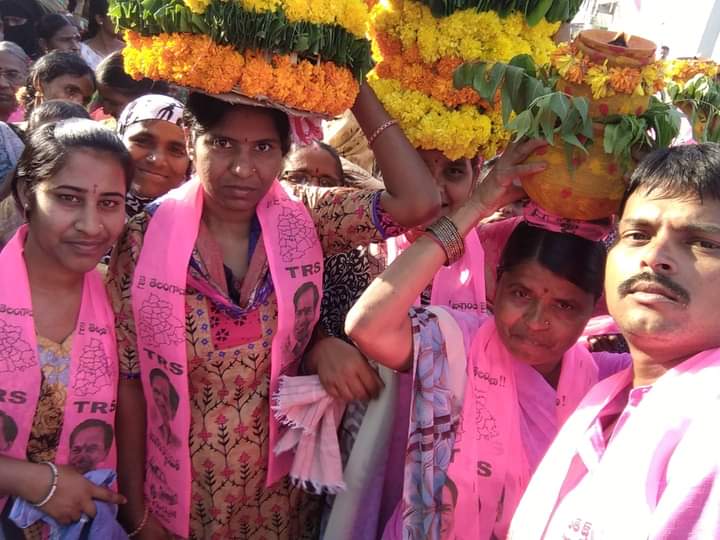 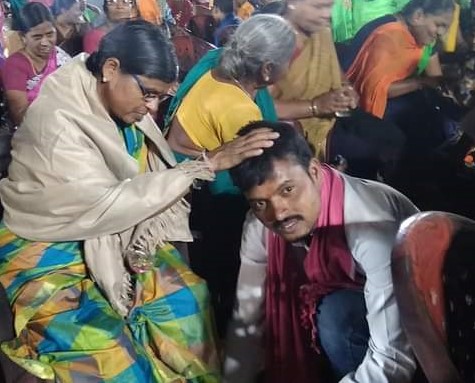 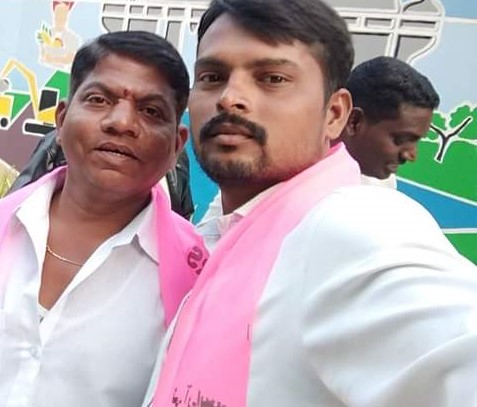 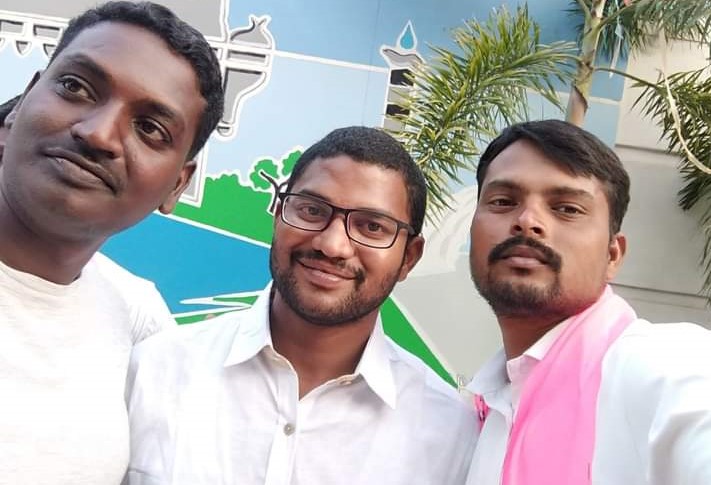 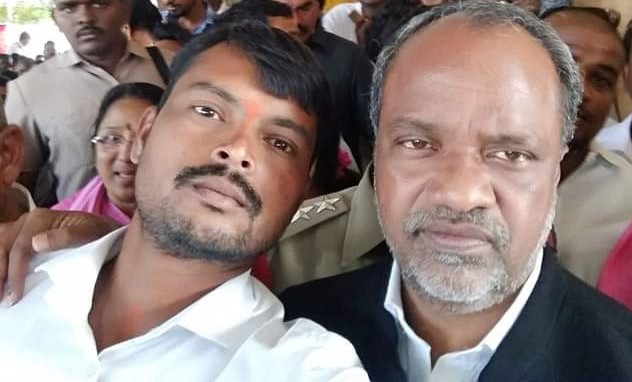 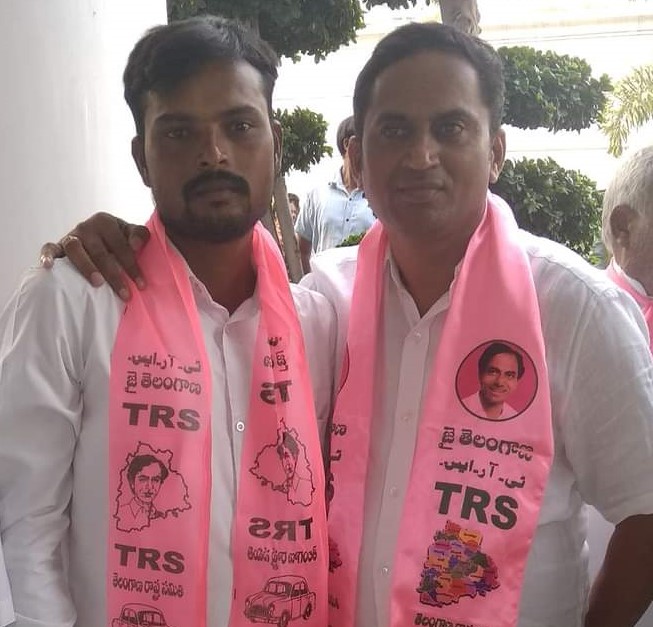 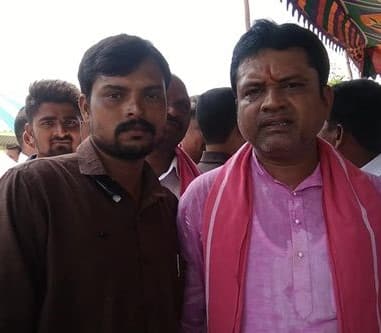 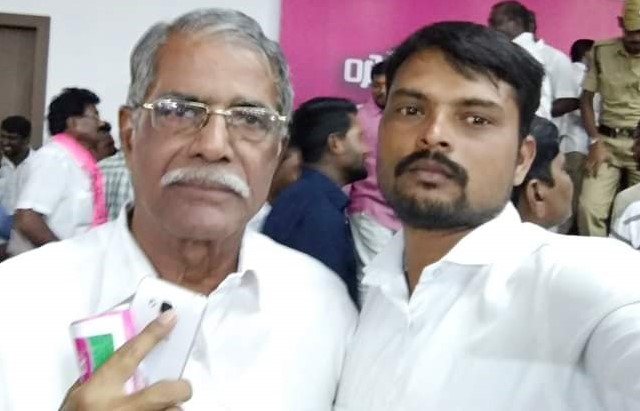 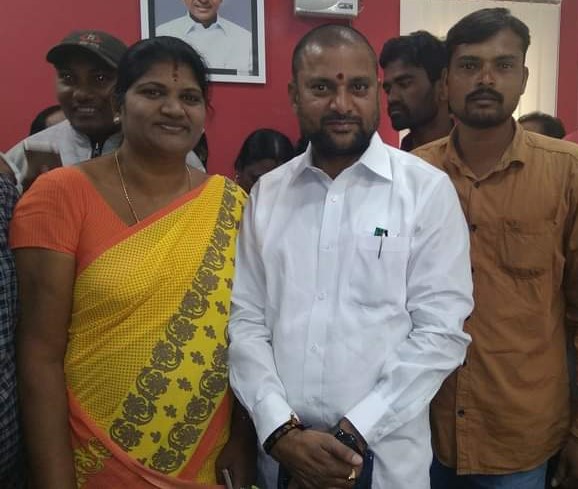 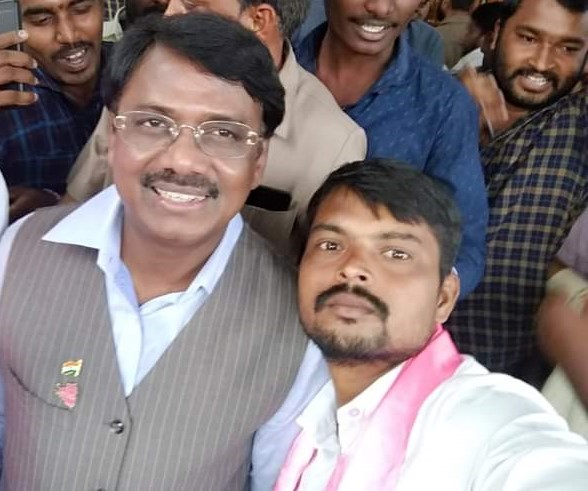 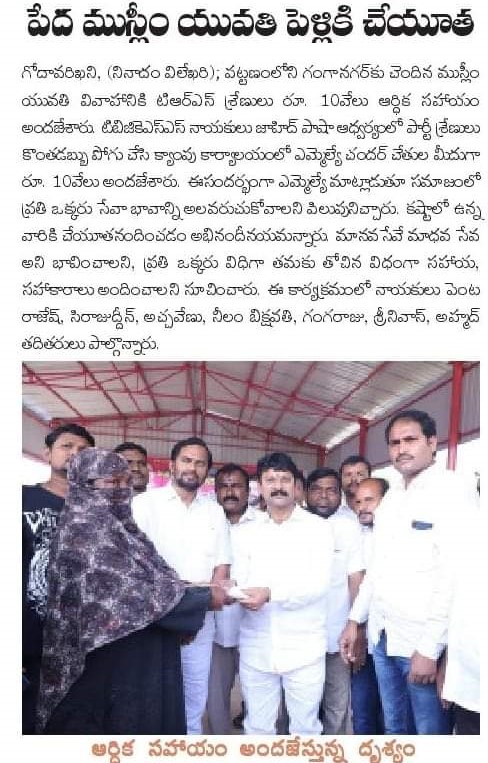 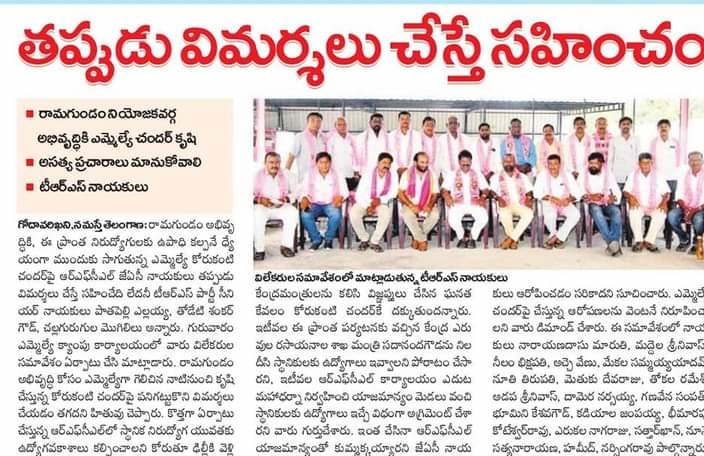 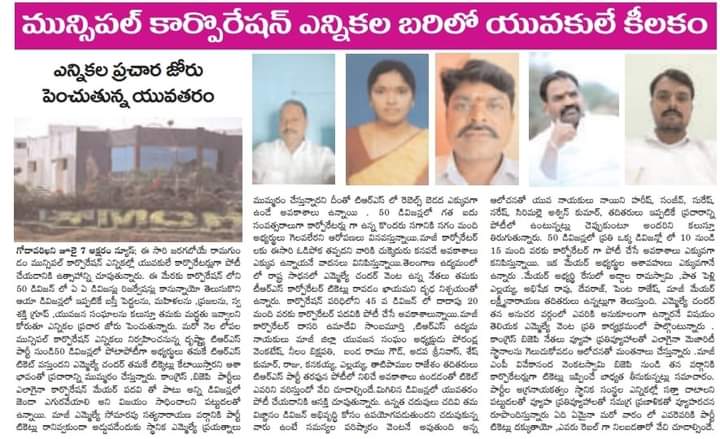 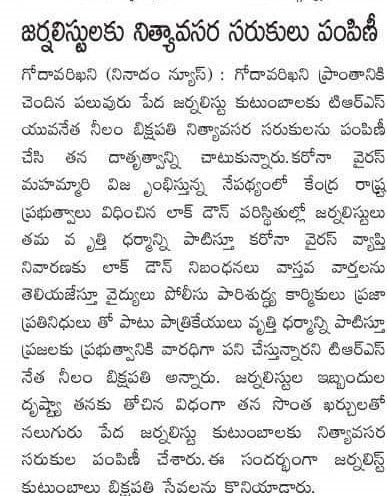 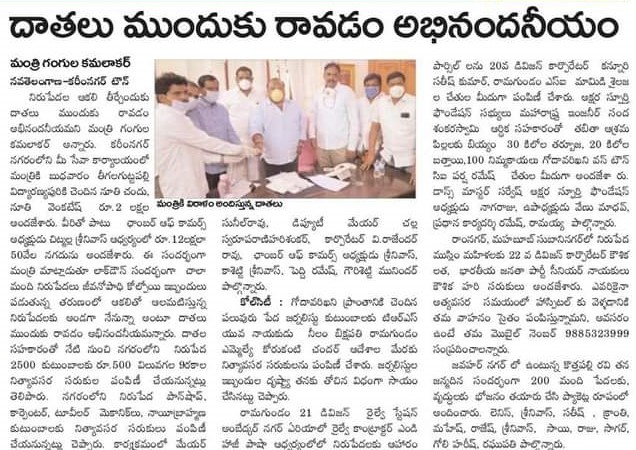 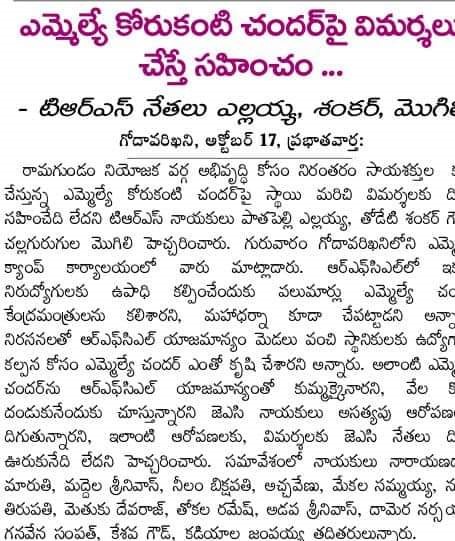 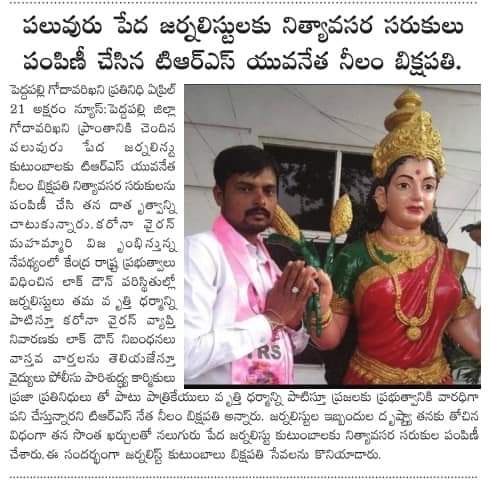