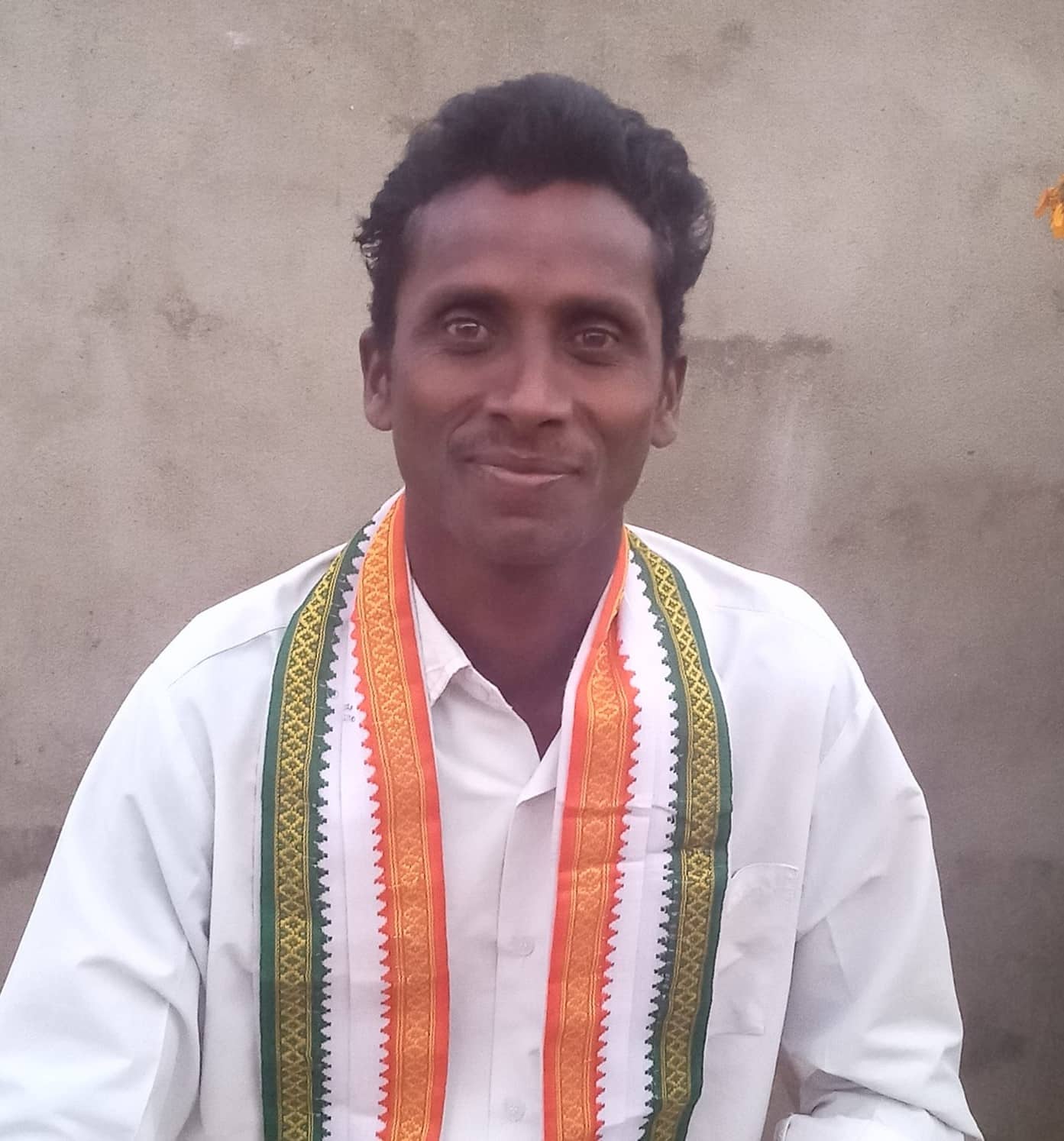 Nayini Srinivas Reddy is the Town President of Bayyaram, Mahabubabad district from the Congress party. He was born on 01-05-1976 to Pulla Reddy and Sugunamma in Bayyaram village.

In 1994, Srinivas Reddy started his political journey with the Akhil Bharatiya Vidyarthi Parishad(ABVP) and actively participated in each and every program and fought for student’s rights.

He joined the Bharatiya Janta Party(BJP). In 2008, Srinivas Reddy was elected as Mandal President of Kisan Keth.

Srinivas Reddy resigned from the BJP and joined the Indian National Congress(INC) party. He took part in every activity on the call of the party. Participated in election campaigning in general elections. As the recognition of Srinivas’s tireless work, the party promoted him as Town President of Bayyaram in 2018 from the Congress party, and currently serving in the position.

He actively participated in every party program. He has been conducted birth and death anniversaries of politicians those who have served the country and the people while they are in power. Srinivas has participated in the “Rajiv Raitu Bharosa Yatra” for one day which is undertaken by MP Revanth Reddy to help the farmers.

The Telangana Movement refers to a movement for the creation of a new state, Telangana, from the pre-existing state of Andhra Pradesh in India. After several years of protest and agitation, the central government, under the United Progressive Alliance, decided to bifurcate the existing Andhra Pradesh state, and on 07-February- 2014, the Union Cabinet unilaterally cleared the bill for the creation of Telangana. Lasting for almost a decade, this has been one of the most long-lasting movements in South India.

-Srinivas served in the Pandemic time also. He distributes Covid kits to the village people. Provided essential commodities, Masks, Sanitizers to the village and poor people.
-Provided food packets, water bottles to the migrants, arranges buses to go to their villages. He provided free food service to the municipal, police, front-line workers who worked a lot during Pandemic Covid-19.
-Conducted awareness programs to prevent Covid-19. Gave financial assistance to Covid-19 victims.
-Distributed Rice, Vegetables, Masks, Sanitizers to the Covid victims, and to the village people.
-He provided a packet of rice, pulihora, water packets, Masks, Sanitizers in the lockdown time to the poor and the elderly who live near the parks on the road cannot find anything to eat.

-Srinivas provided his service during the Second Wave of Covid also.
-During the Pandemic Period, he distributed fruits, food packets, and water bottles to the road siders and distributed blankets.
-He also created awareness on the maintenance of Physical distance and following precautionary measures to prevent the epidemic in Corona.
-Distributed food and rice bags to the migrants and also contributed to them financially.
-Sodium hypochlorite solution was sprayed all over the village for the safety of the village.
-Awareness camps and seminars were organized on the Covid-19 vaccine and about the effects of the virus.
-Srinivas distributed vegetables and fruits to the village people and needy people in the covid-19 lockdown period.
-Delivered food to the covid victims.
-Conducted Annadhanam Program for migrates which is served and satisfied many hungry people.
-Arranged oxygen cylinders for the covid victims and saved many lives.

When a man assumes a public trust,

he should consider himself as public property. 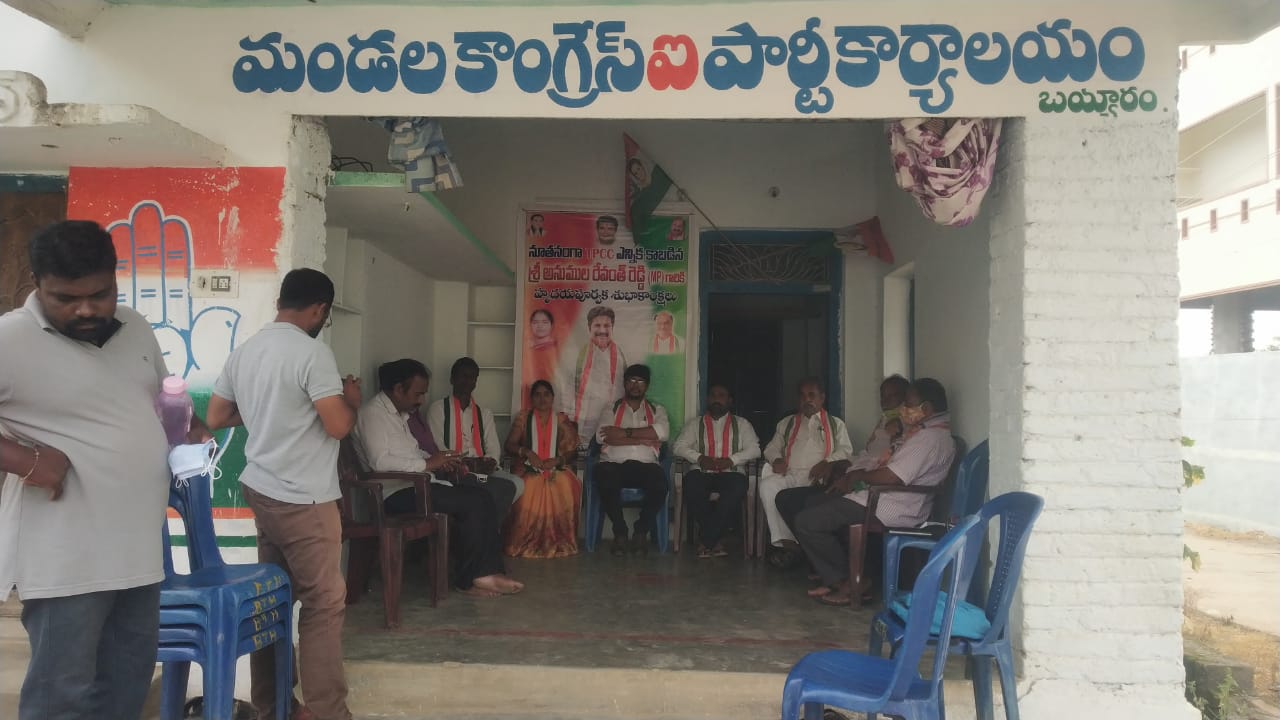 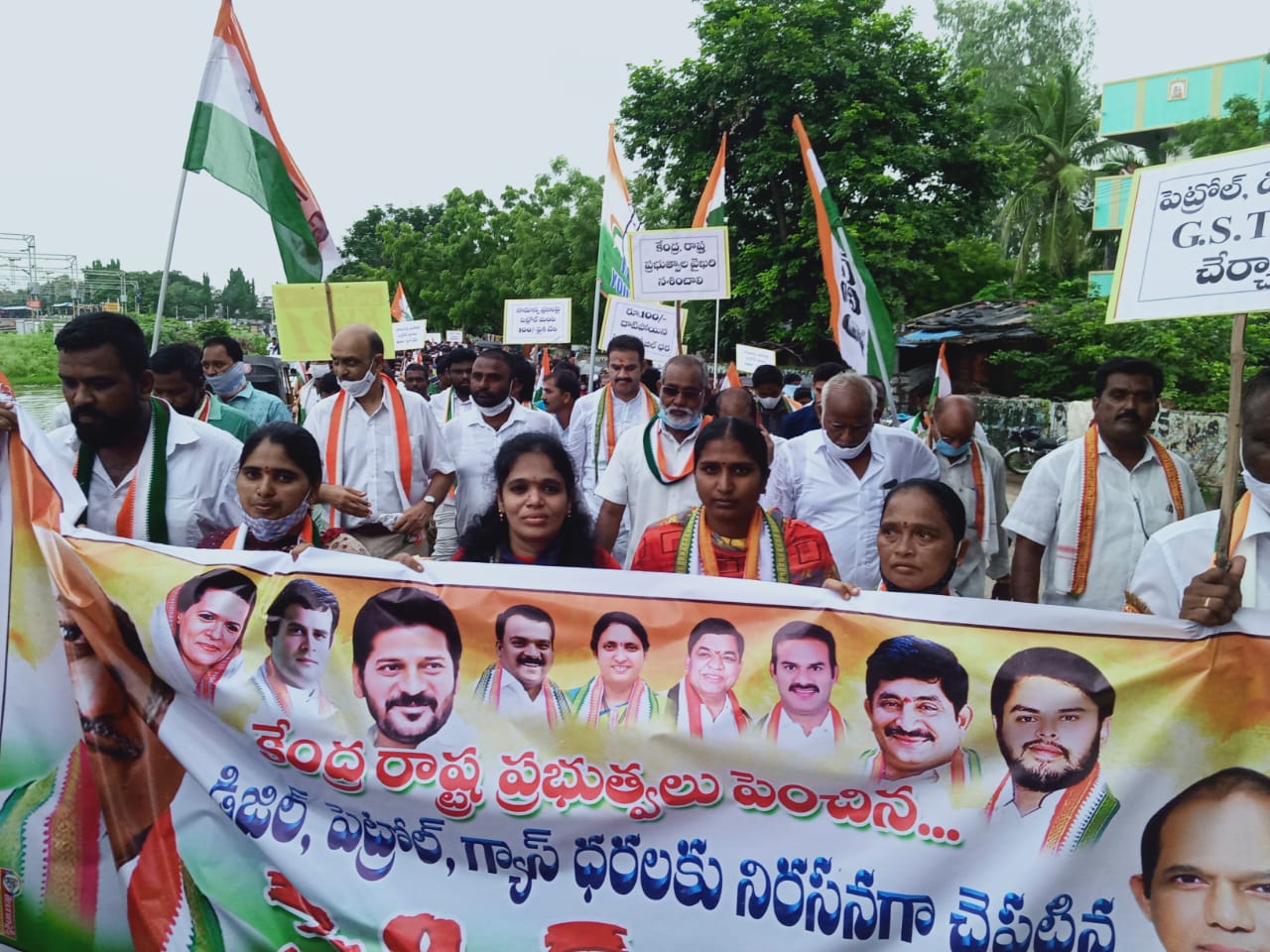 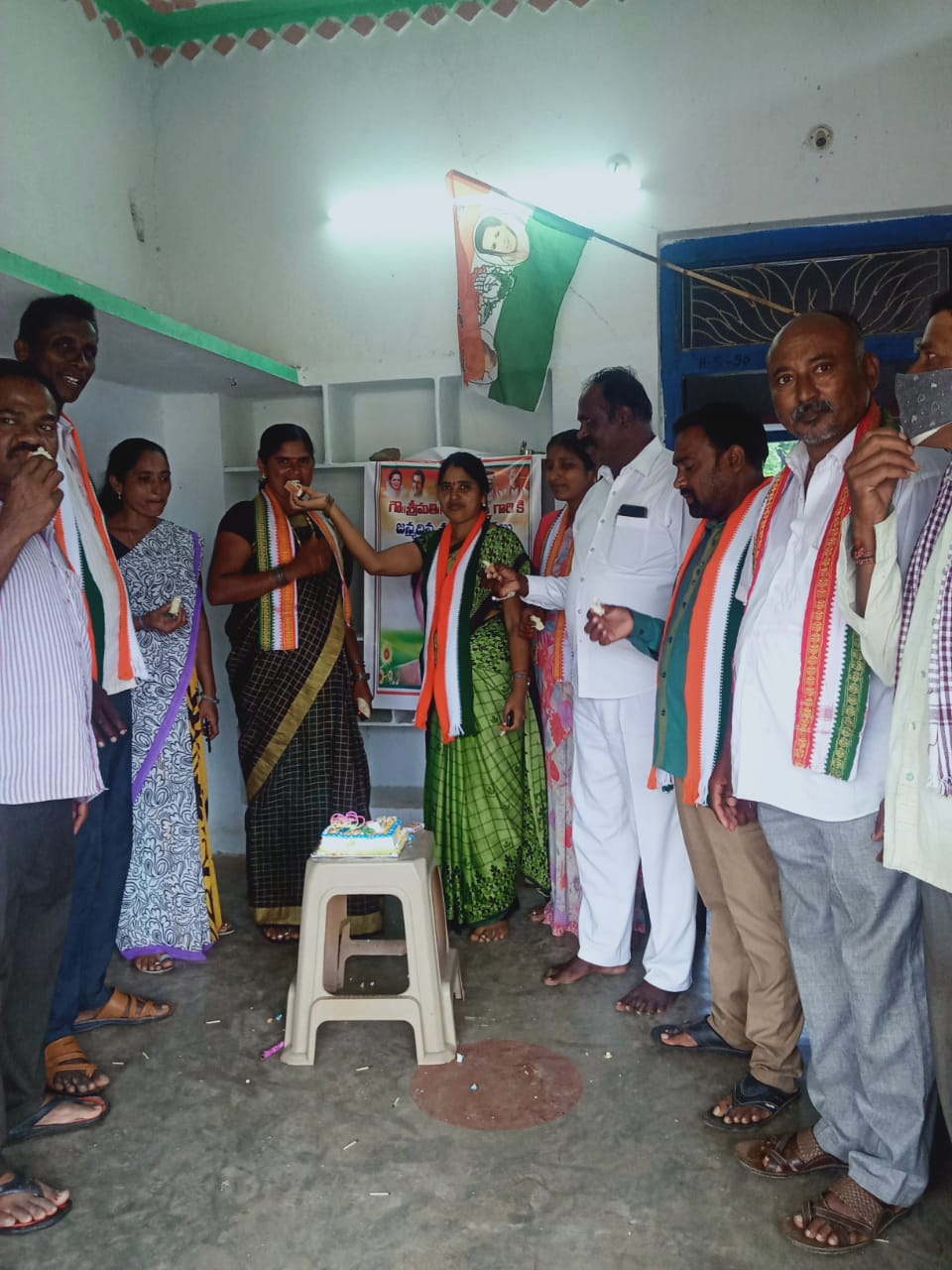 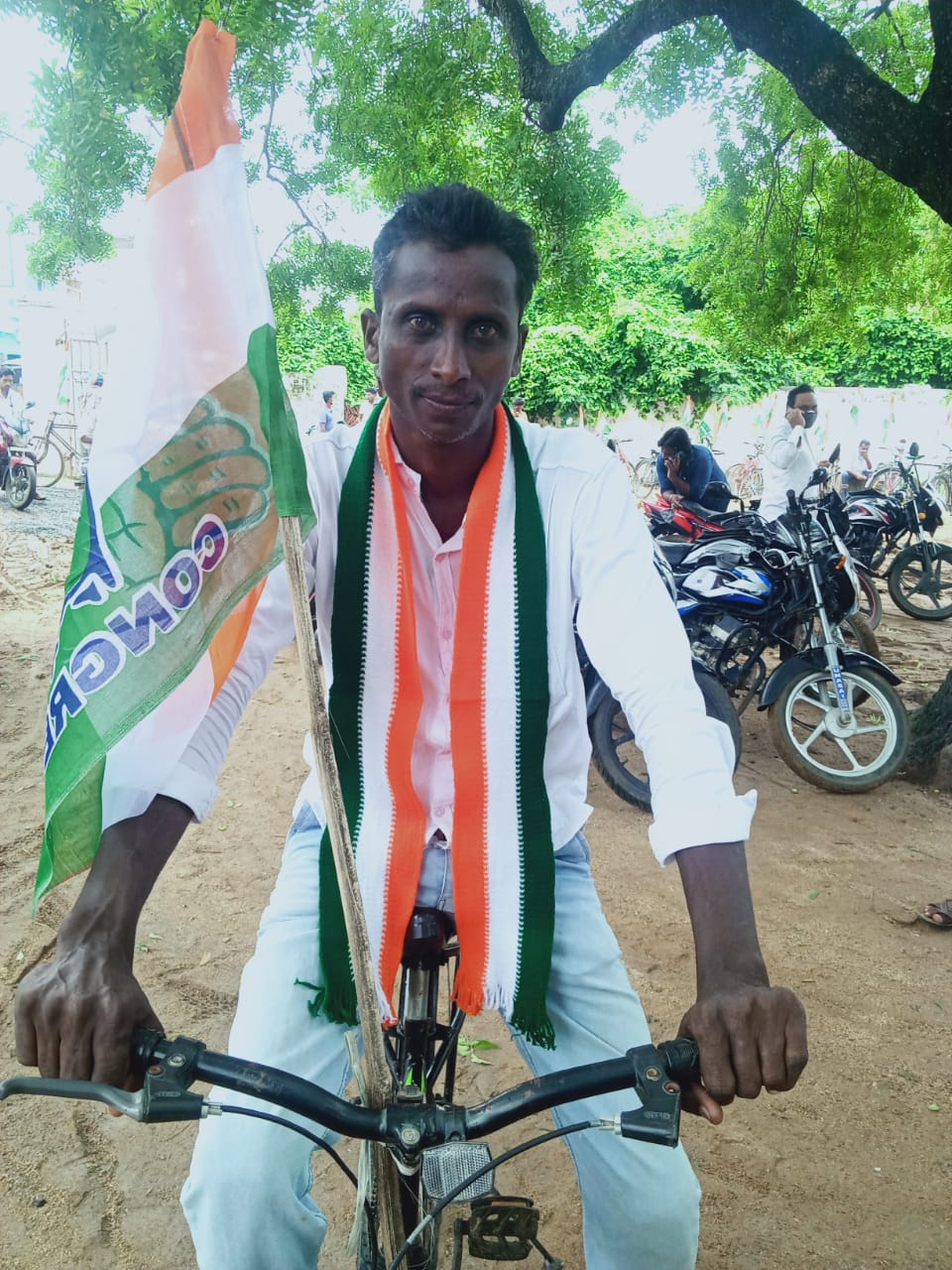 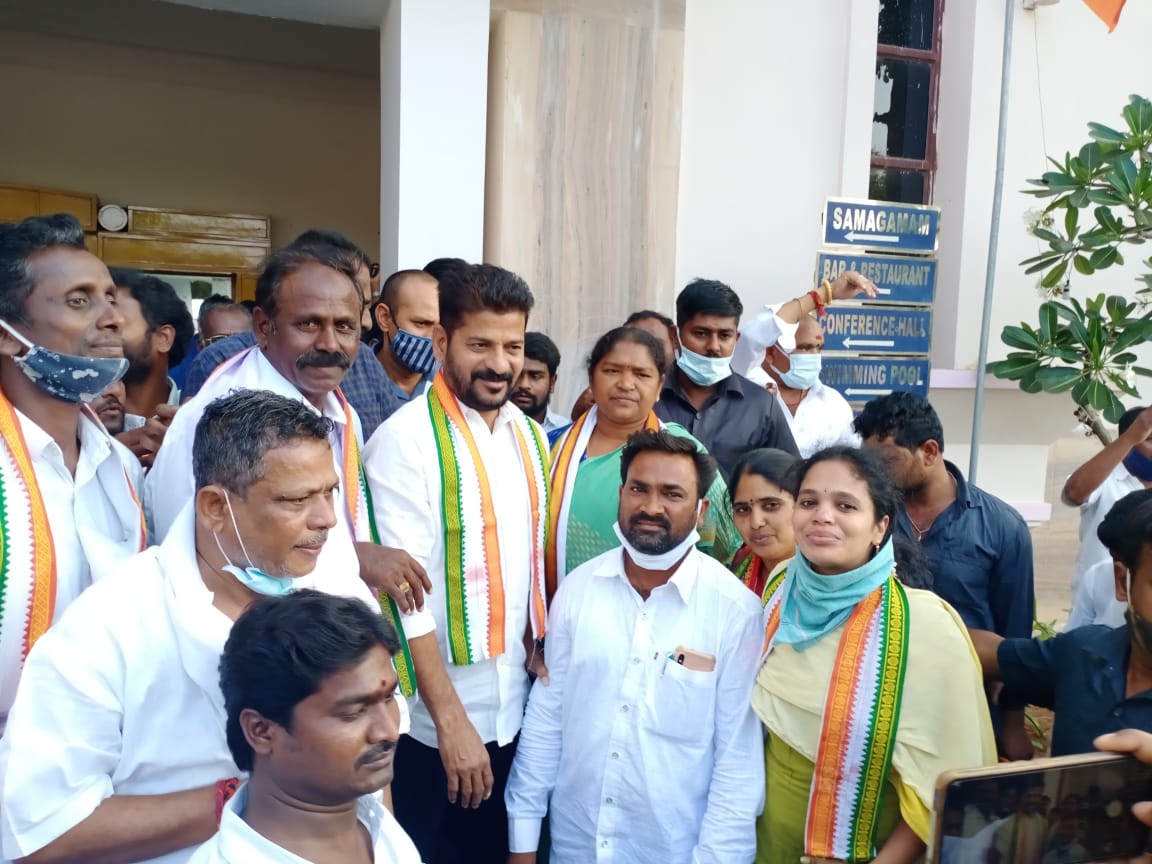 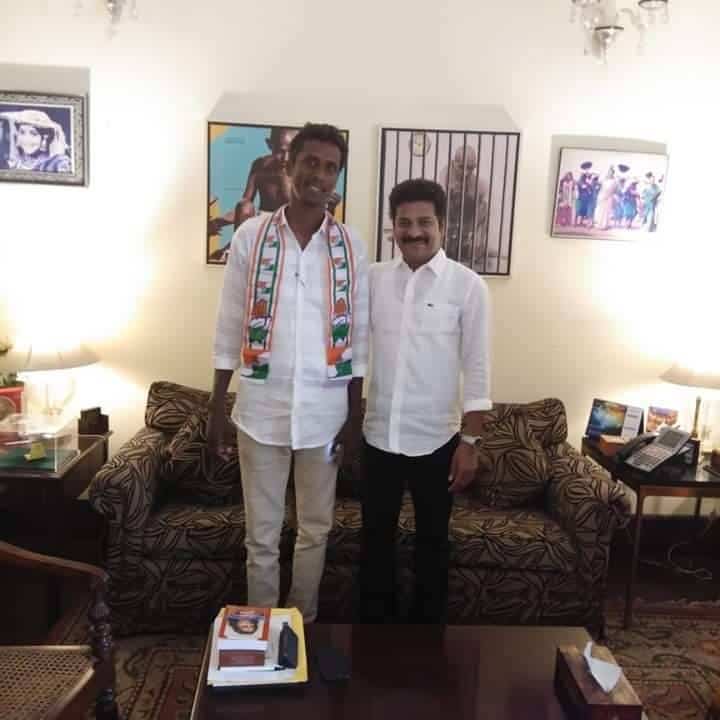 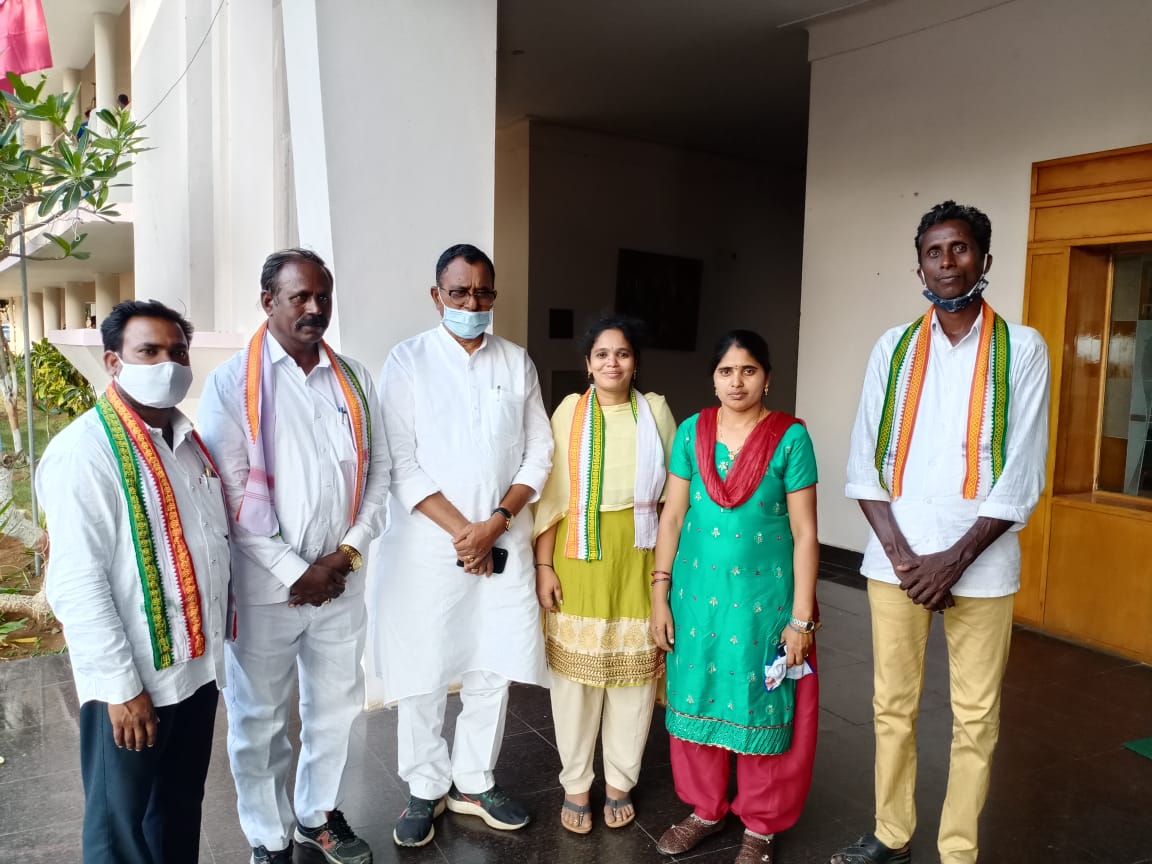 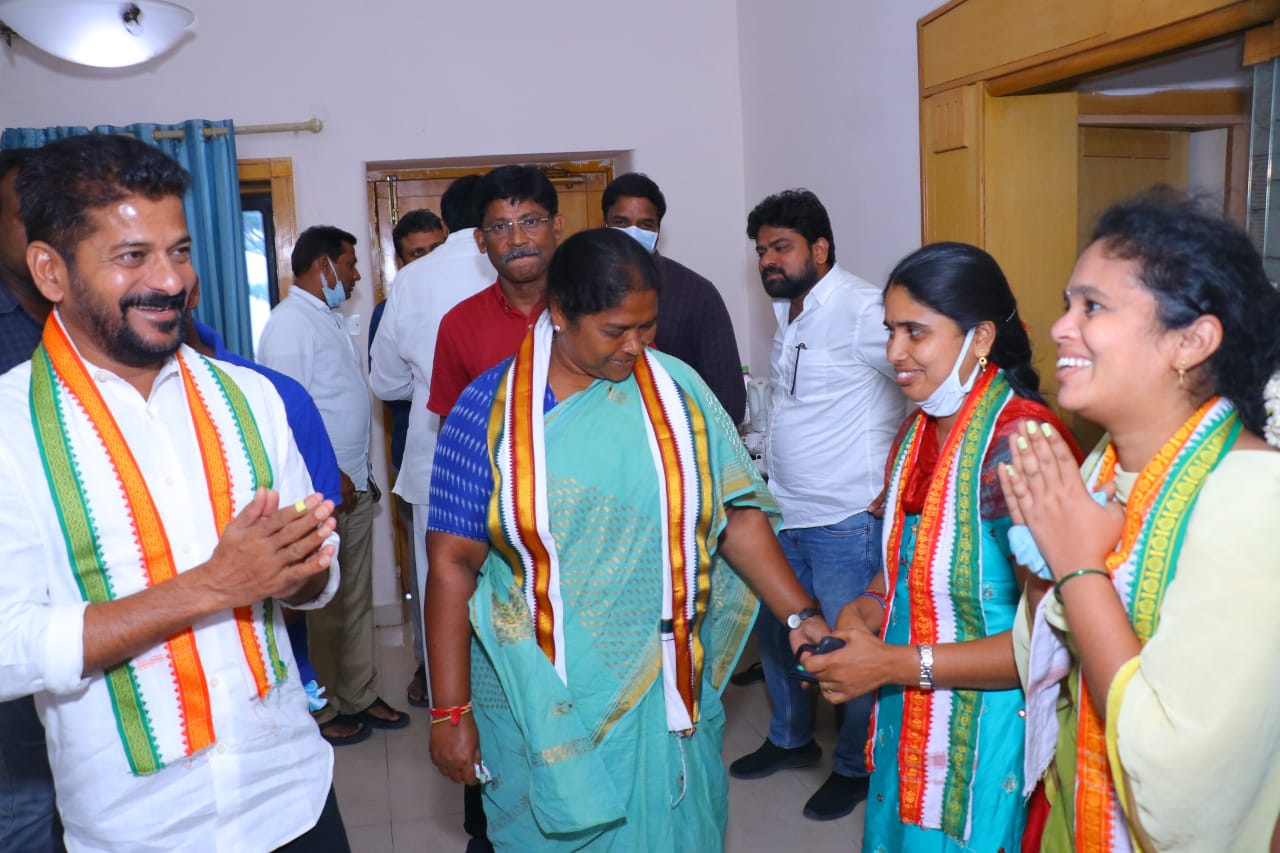 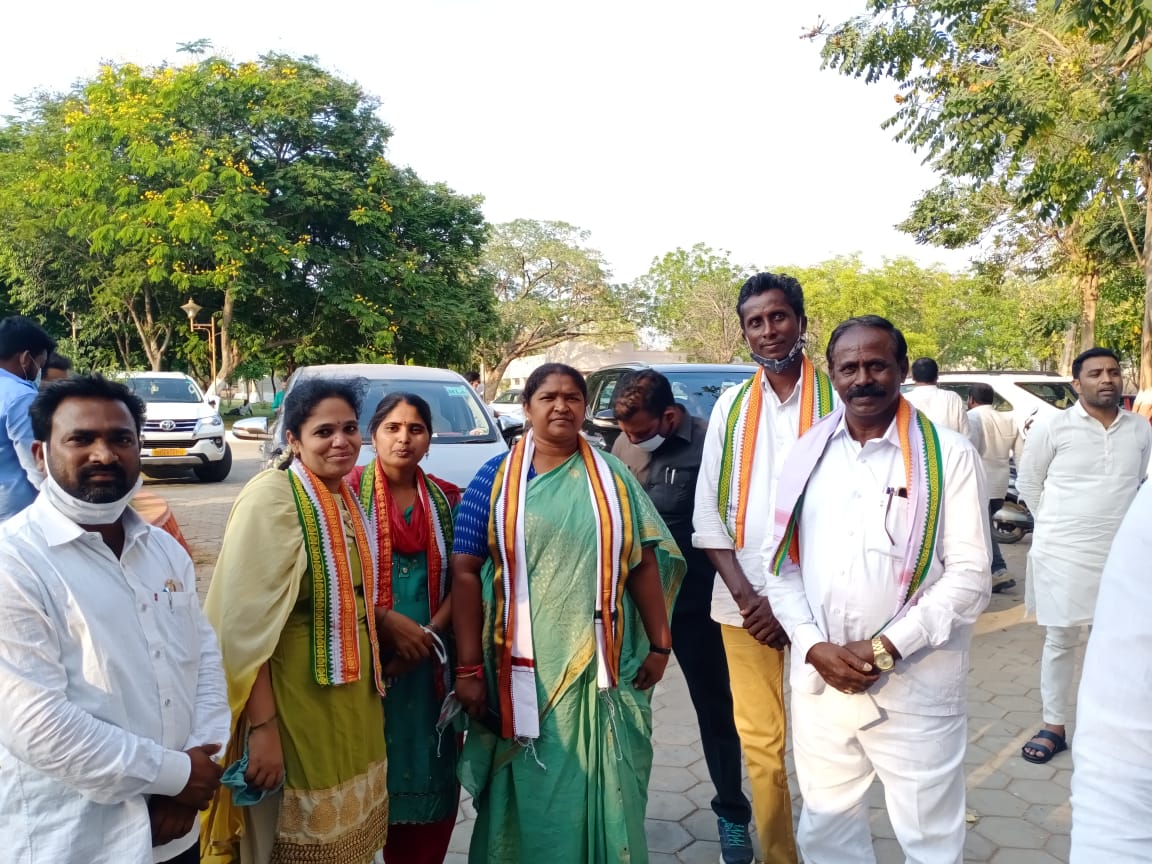 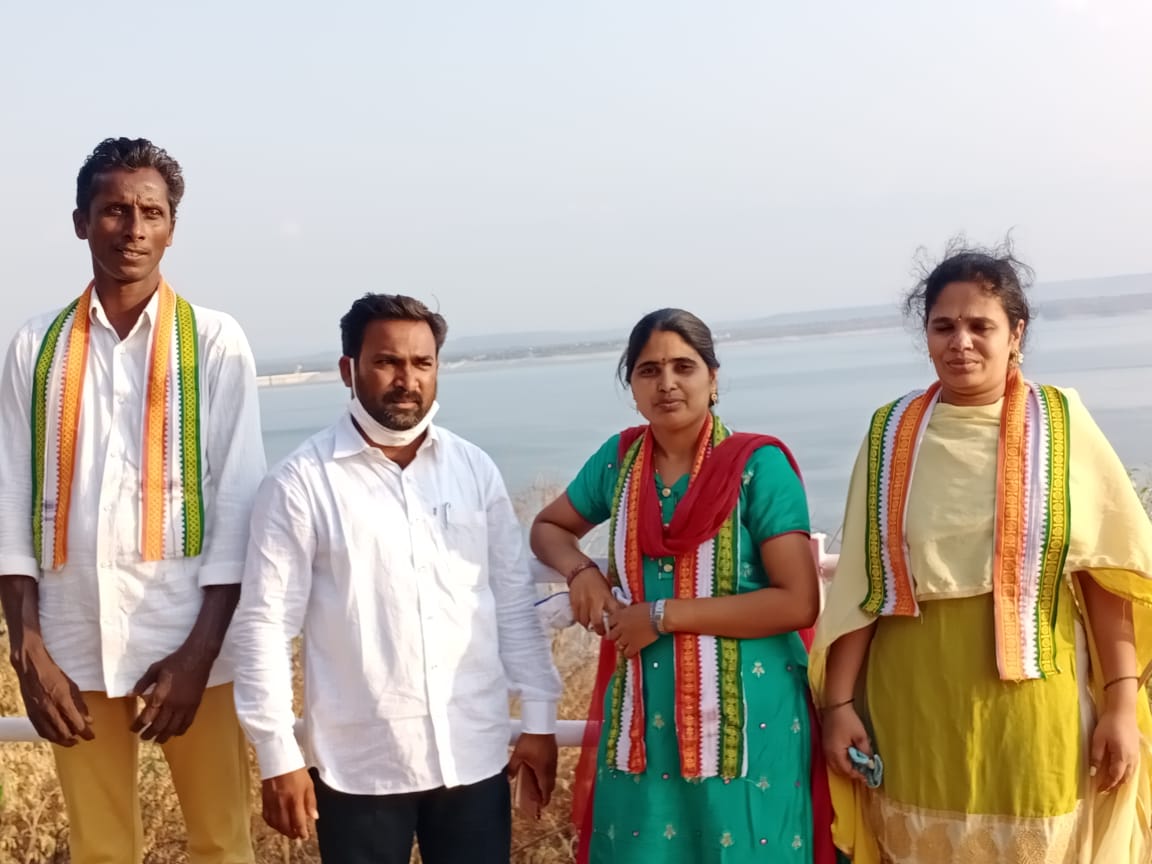 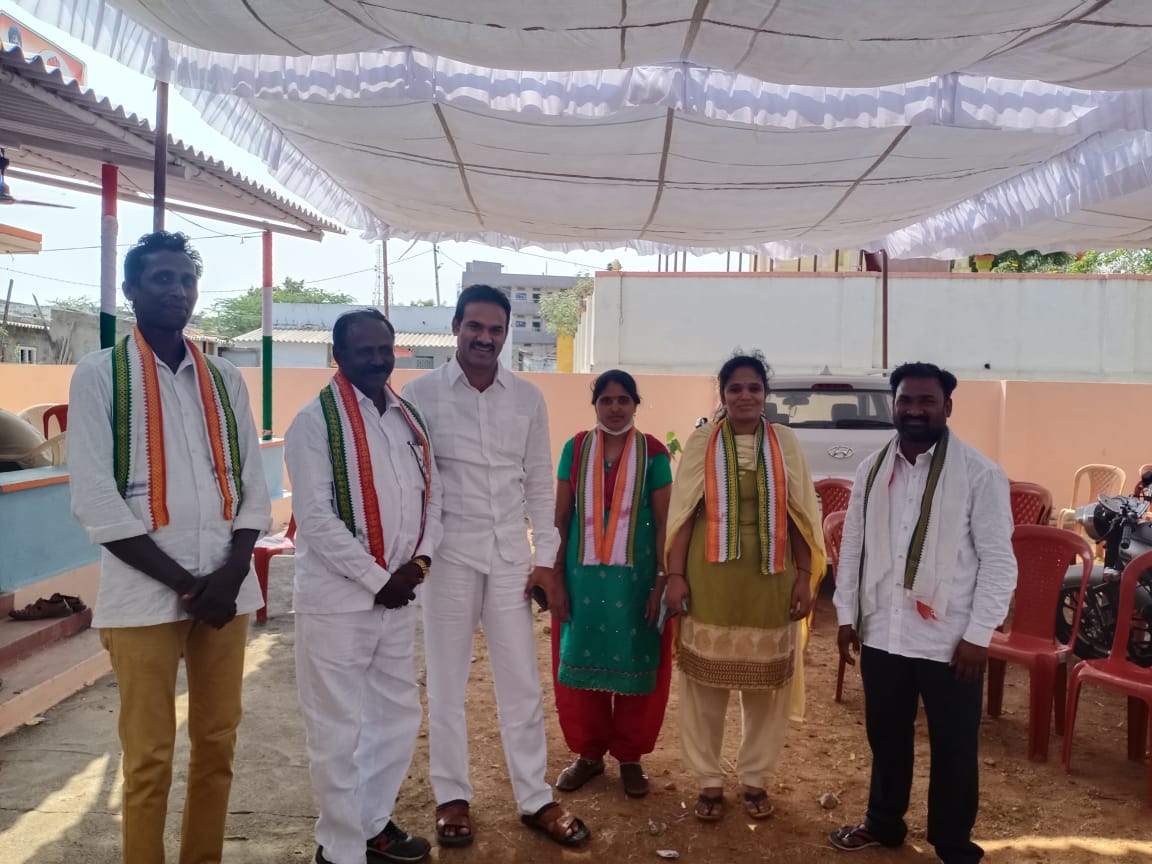 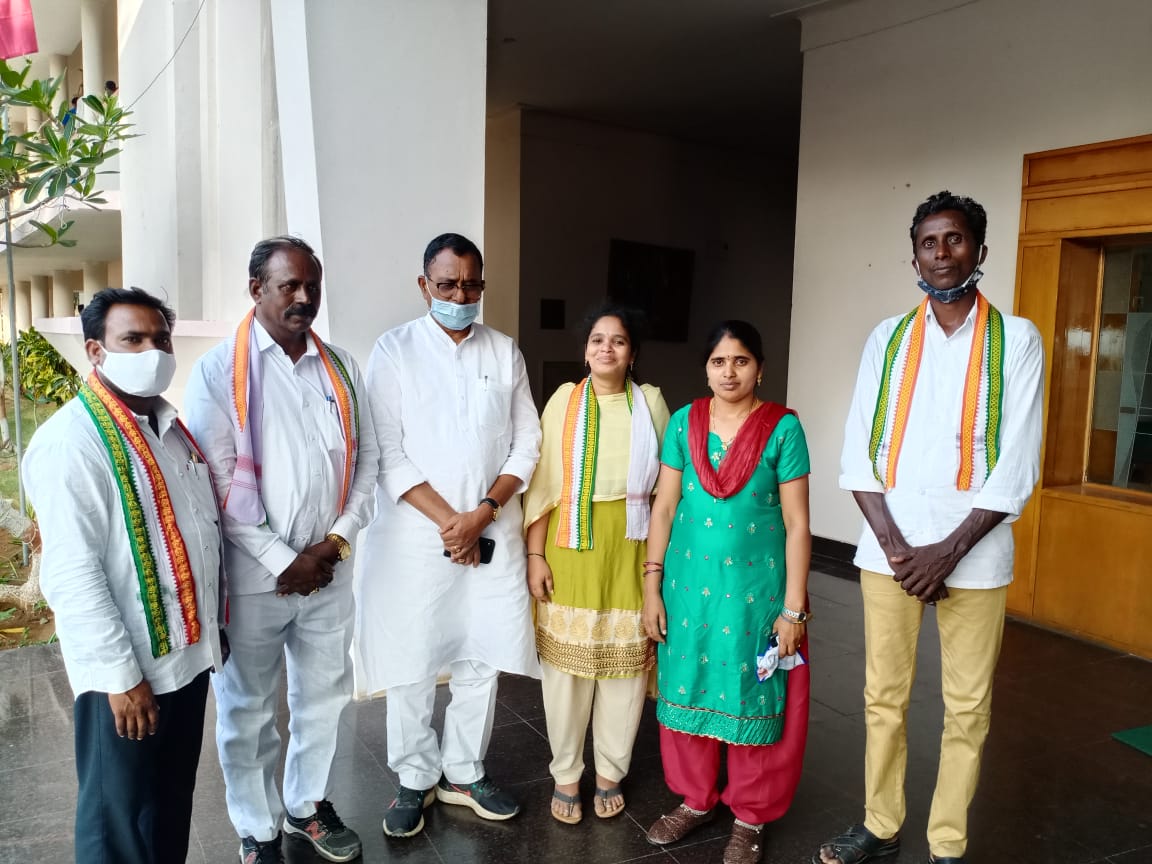 of Bayyaram from the Congress party